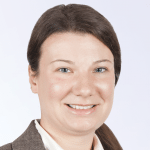 Massachusetts law has recognized same-sex marriages since 2003, but until recently, the Defense of Marriage Act (DOMA) had interfered with Massachusetts employers’ ability to grant same-sex couples full equality under the law.
DOMA governs all federal statutes, including the Employee Retirement Income Security Act (ERISA) and the Family and Medical Leave Act (FMLA). Section 3 of DOMA defined the term ‘marriage’ as between one man and one woman, and ‘spouse’ meant a person of the opposite sex. On June 25, however, the Supreme Court ruled that Section 3 of DOMA was unconstitutional.
The decision, United States v. Windsor, means that state law will now apply to the definition of marriage and spouse, which means that in states where same-sex marriages are legal, state law will take control. Under Massachusetts law, same-sex spouses will now receive all the benefits granted under federal law to opposite-sex spouses. The Windsor decision requires employers to adopt new policies and procedures because the decision impacts employee benefits and certain job-protected leaves and also has tax implications.
ERISA governs some health-benefit plans as well as retirement benefits offered to employees. Many Massachusetts employers have fully insured health plans, and those plans are governed by state law. Since DOMA governs federal laws, same-sex spouses have been covered under state plans since 2003. Some employers have self-insured health plans, which are governed by ERISA.
Prior to the Windsor decision, Massachusetts employers with self-insured ERISA benefit plans were not required to offer such plans to the same-sex spouses of their employees. The court’s decision changes this; Massachusetts employers with ERISA benefit plans are now required to offer insurance to a qualifying employee’s same-sex spouse. And, under COBRA, same-sex spouses who are already enrolled in the company’s insurance will need to receive the opportunity to continue their health-insurance benefits under the same circumstances that apply to opposite-sex spouses.
Qualified employee retirement plans, such as 401(k) and pension plans, are also affected by the decision. The ruling affects who is considered an automatic beneficiary, spousal consent for non-spouse beneficiaries, QDRO protection, automatic death benefits, and the timing and amounts of death-benefit payments, special roll-over rules, hardship distribution criteria, and minimum distribution rules.
These changes to employee benefit plans also raise tax implications. Many employers in Massachusetts already allowed same-sex spouses to be covered under the employee’s insurance plan, but for most such employees, the value of the healthcare coverage provided to the same-sex spouse was subject to federal income and employment taxes. To make matters more complicated, the value of the benefits was not subject to Massachusetts income and employment taxes because those benefits were not considered income under Massachusetts law. After the court’s ruling, same-sex spouses are considered spouses for employee benefit purposes under federal law, and the value of health-insurance benefits provided to those spouses is not considered taxable income.
The court’s decision also affects a same-sex spouse’s use of FMLA leave. Before the Windsor decision, DOMA prevented employers from granting FMLA leave to employees to care for their same-sex spouses. Accordingly, an employer who granted leave to an employee to care for his or her same-sex spouse could not count that leave time against the employee’s FMLA entitlement. This meant that employees who were granted non-FMLA leave time to care for their same-sex spouse were still entitled to leave under the FMLA for reasons other than caring for their same-sex spouse. Thus, some employees received double the amount of job-protected leave. Since the DOMA decision, Massachusetts employers must permit employees to take FMLA leave to care for a same-sex spouse with a serious health condition, and that leave may be counted against the employee’s annual FMLA allotment.
For Massachusetts employers with operations in other states that do not recognize same-sex marriage, the Internal Revenue Service and Department of Labor (DOL) have issued guidance clarifying the impact of the decision in those states. Specifically, same-sex couples legally married in a jurisdiction with laws authorizing such marriages will be treated as married for federal tax and ERISA purposes, regardless of whether they reside in a state where their marriage is recognized. In contrast, however, the DOL’s FMLA guidance provides that an individual will only qualify as a spouse for FMLA purposes if the employee was married to the same-sex spouse in a state where such marriages are legal and if the couple also resides in a state that recognizes same-sex marriages.
You need to take steps to ensure that your policies and procedures are in compliance with the changes in federal law that have followed the court’s Windsor decision. To be sure that you are making the right changes, you should consult your insurance carrier, retirement-benefits administrator, and labor and employment counsel.

Amelia J. Holstrom joined Skoler, Abbott & Presser in 2012 after serving as a judicial law clerk to the judges of the Connecticut Superior Court, where she assisted with complex matters at all stages of litigation. Her practice is focused on labor law and employment litigation; (413) 737-4753; skoler-abbott.com