That’s the phrase she and others at the Greater Springfield Convention and Visitors Bureau (CSCVB) use to convey the burdensome nature of the period between November and late April, when the number of visitors to the Pioneer Valley drops considerably and hospitality-related businesses hunker down and hope for the best.

Brightening the prospects for the late-fall and winter months is one of the many goals behind a recent marketing blitz by the GSCVB, said Wydra, who directs that agency. Aided by a grant from the Mass. Turnpike Authority, the bureau developed a rare fall promotional program, which included the GSCVB’s first television spots. The package was conceived to boost prospects for shoulder season, while also building recognition for the Pioneer Valley and its new logo — the region highlighted on an outline of the state with the word ‘Wow’ in an accompanying thought bubble.

“We’ve never done anything like this in the fall,” said Wydra, noting that the marketing push, which began in mid-September and ended on Oct. 31, featured everything from hundreds of cable television spots aired in the Boston market to signs posted at Turnpike plazas at exits 3-8.

The blitz centered around four major tourist attractions — Six Flags, the Basketball Hall of Fame, Yankee Candle, and the Springfield Museums — but were designed to build momentum (and visitor volume) for the region as a whole.

Using the catch phrase “Attractions, Distractions … It’s Your Choice” the campaign focused on conveying the breadth and depth of the Valley’s offerings, from roller coasters to antique stores; butterflies to views from Mount Sugerloaf.

“This was definitely a different time period for us as far as marketing is concerned,” said Wydra. “But we wanted to keep the momentum going from what was a good summer and continue to drive home our message.

“Someone said that it’s like putting gasoline on a fire,” she continued. “We wanted to build on our momentum.”

Some additional light and heat would be welcome after an October that will be remembered as dark and damp.

Still, she suspects that most of the planned visits to the region – especially those requiring hotel reservations – were still made, and that any drop-off came with day-trippers and spur-of-the-moment plans made by those living close-by.

"If you looked out your window and saw rain," she said of those in the day-tripping category, "you probably stayed home."

But while the incessant rain and dark skies might have dampened things for some tourism-related businesses this fall, the longterm picture seems bright, said Wydra, noting that the region has assembled a mix of attractions, both outdoor and indoor in nature, that have the pull needed to attract visitors for extended (meaning overnight) stays.

The challenge for the GSCVB has been to create a brand for the region and thus build a stronger level of awareness of what the area has to offer. Efforts to get the message across were given a significant boost by a $166,000 turnpike authority grant, said Wydra, noting that it was used to pay for roughly $70,000 in marketing initiatives this fall, and will fund another blitz slated for next spring.

With both initiatives, the marketing push is designed to promote individual attractions and even specific programs — such as the Currier & Ives exhibit due to open Nov. 18 at the Springfield Museums and the recent Fright Fest alloween program at Six Flags — but also generate name and place recognition for the Valley.

The television spots target the Bostonarea market, said Wydra, noting that cable
giant Comcast also penetrates some parts of the Cape and as far north as New
Hampshire and reaches nearly 2 million people. The ads all start and end the same, with broad references to the number and variety of attractions and distractions in the region, but also contain focused promotion of one of the four major attractions, which paid co-op fees to be featured in the spots.

The target audience is women ages 25-49, said Cherie McBride, marketing and publications manager for the GSCVB. She told BusinessWest that those in this constituency group are the “trip decision-makers.”

The television spots, created with the help of Agawam-based Penfield productions, were designed to generate both curiosity and awareness among those decisionmakers, she said, and invite them to find out more about the Valley through means that include the Web sitevalleyvisitor.com/Wow.

Part of the package negotiated from Comcast is a presence, in the form of
coupons, for Yankee Candle and Six Flags within the cable provider’s newsletter, said Wydra, adding that the Valley’s new logo will also be featured in that promotion, which reaches 1.9 million subscribers.

The Comcast purchase also included a bonus, she said — inclusion in a Travel
Channel promotion called What Kind of Traveler are You? The Pioneer Valley was the spotlighted region in spots that ran Oct. 10-24 as part of a contest in which one lucky winner came away with free passes to several area attractions as wll as a camcorder.

Other components of the marketing blitz include more than 1,000 postcards, featuring the new marketing imagery, sent to individuals and businesses in the Boston area that had previously inquired about the Pioneer Valley, as well as a 12-page glossy insert that will go in the Boston Globe next spring.

“This is a piece that people will hold onto; we want to position the Valley, and show people everything there is to do here,” said Wydra. “By doing so, we think we can extend the trip; while they might have one specific destination in mind, we can let them know they can do other things while they’re here.

“If we can get people to realize that the Seuss memorial is not far from Six Flags and that Yankee Candle is right down I-91 from the Hall of Fame, we can hopefully get them to extend their stay,” she continued. “That’s the power of everyone working together.”

While the TV spots and other elements of the marketing package are targeted for the Boston audience, which GSCVB research reveals has vast potential as a source of overnight visitors, other components are aimed at residents of the Valley and those already visiting it.

The turnpike signs, for example, hyped the four major attractions in the area, while also building awareness of the new marketing imagery that was unveiled earlier this year. Another element to the strategy is something called the Wow! Value Book. It features coupons (good through late 2006) for a number of area tourism-related businesses and sites — from Historic Deerfield to Northampton’s Look Park. More than 3,000 copies were distributed at turnpike exits 4 and 6 over the past few weeks, said McBride, and books were also placed in goodie-bags distributed to recent convention goers.

The coupons, like other aspects of the GSVB’s marketing push, have both shortand long-term goals, said McBride, and were compiled in the book to provide some additional incentives for coming to the Pioneer Valley.

The former involves the late-fall and winter months and efforts to boost tourism spending during that stretch, she told BusinessWest. The latter, meanwhile, involves ongoing initiatives to make the region a true destination — for constituencies ranging from Boston-area families to potential bus tours departing from cities and towns across the Northeast.

“We used to be a pass-through for many bus tours,” said Wydra, noting that, historically, buses would bypass area exits of Routes 90 and 91 on their way to somewhere else. “Now, more buses are getting off here and taking in a number of destinations, including the Hall of Fame, the Seuss memorial, Yankee Candle, and others.”

Additional bus volume is just one of the many goals for the GSCVB’s marketing
blitz, said Wydra, noting that she wants to do much more than familiarize people with a new logo.

Indeed, she wants people across the state and beyond it to understand what’s behind the word Wow.

If she’s successful, shoulder season may not be as long — or dark — as it has historically been in the Pioneer Valley. 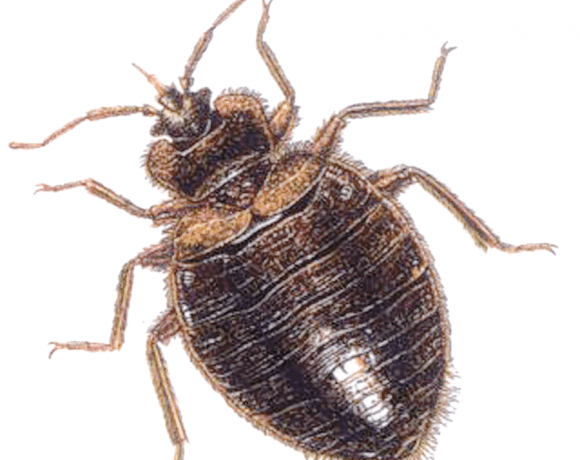 Bedbugs and the Traveler