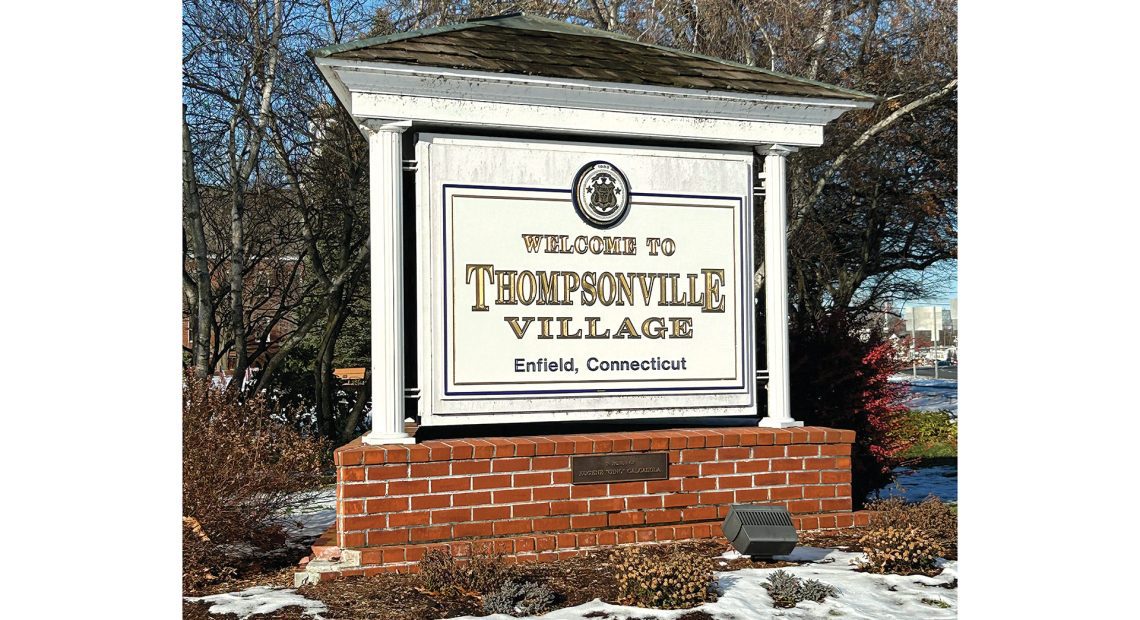 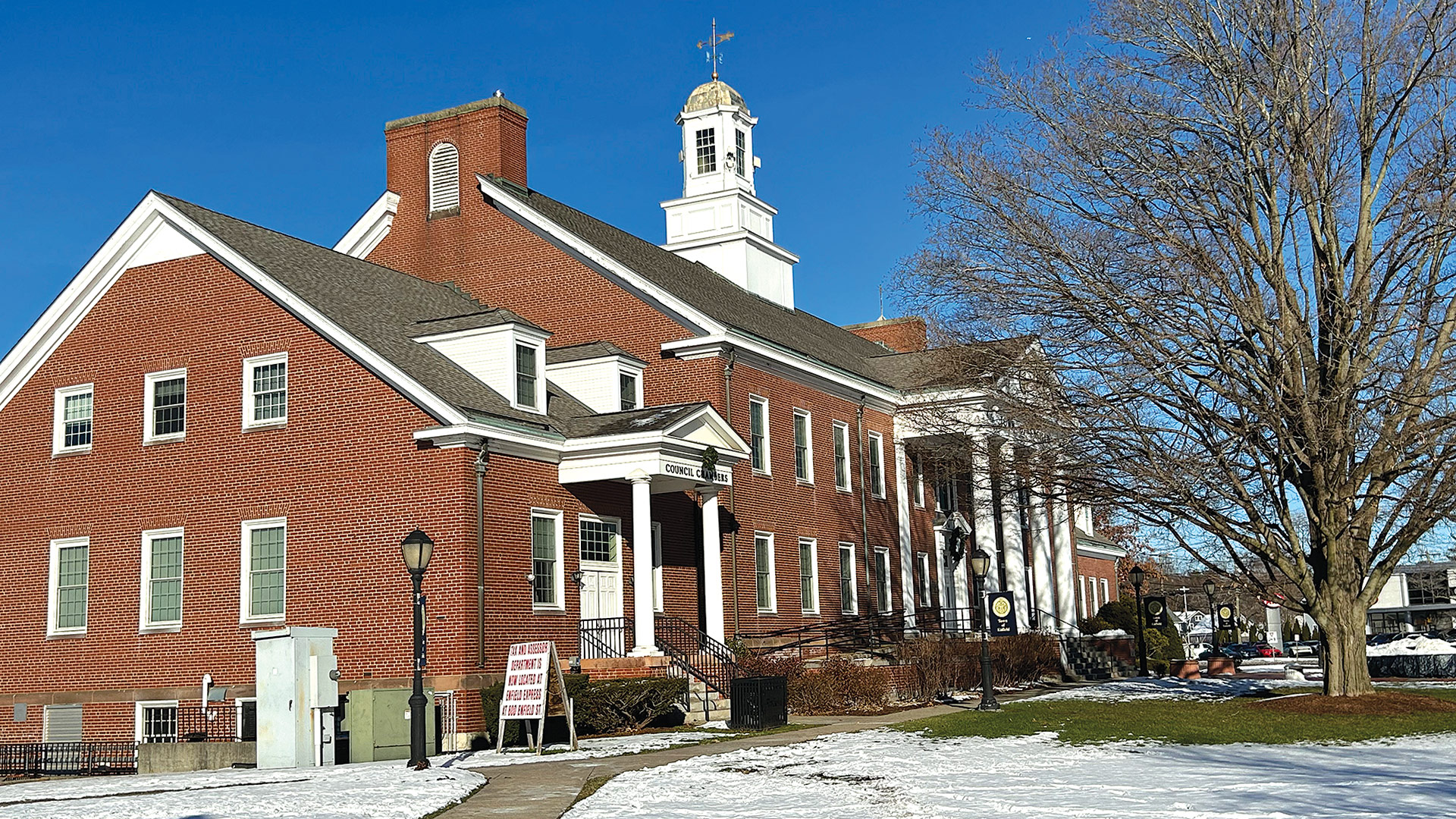 Town officials have been running surveys to determine how to improve business and quality of life.

Even though the worst of the pandemic is over, businesses are still struggling to get their footing. But now, through Connecticut’s Community Development Block Grant Program, Enfield business owners can take a leap of faith into a new future.

“We’re trying to piece things together, but meanwhile we just try to work with the applicants as best we can,” said Laurie Whitten, director of Development Services for the town just over the Massachusetts border from Longmeadow. “We’ll work with everybody and anybody to make sure that we get the things that the community needs.”

She went on to say the Planning and Zoning board has “actually modified regulations because some of the setbacks were a little onerous.” And in order to bring in more businesses, changes had to be made.

Meanwhile, development is moving forward on numerous projects, from an almost-completed assisted-living and memory-care facility on Hazard Avenue to the transformation of the former Community Health Center facility into a mixed-use space, including TrackStar Nutrition of Springfield and Magic Salon & Barber Shop.

Town officials have been working with businesses owners on initiatives that will make Enfield more inviting.

“We’ll work with everybody and anybody to make sure that we get the things that the community needs.”

“The Town Council approved $450,000 of our ARPA federal funding assistance for a small-business program and a nonprofit grant program in early October,” said Nelson Tereso, director of Economic & Community Development. His department, with the help of the Economic Development Commission — made up of local business owners, community members, and people involved in other commissions who have an understanding of what the community needs — are currently reviewing and scoring the applications.

“I know that a lot of other communities throughout the United States used a lot of the ARPA money to provide recovery assistance, either with utilities or payrolls, things of that nature,” he added. “We are doing something completely outside of the box.”

Meanwhile, through a transit-oriented development initiative, there has been talk to expand and build on the current Thompsonville center, with the goal of making it the town center again.

In short, Enfield is not only looking to weather the post-pandemic era, but thrive and grow.

Tereso explained that Enfield is on the Hartford transit line that connects to Springfield Union Station and New Haven Union Station, with a total of 13 stops between those cities. But Enfield isn’t one of them — yet.

“Enfield is on the Hartford transit line, the last stop in Connecticut heading north. We currently do not have a stop here in Enfield,” he said. “There was once a train station here in Enfield. We are proposing to build a new station through the Connecticut Department of Transportation.”

The town announced a $13.8 million federal grant for the funding of the construction of the station in June, with a ribbon cutting by Gov. Ned Lamont, U.S. Sens. Richard Blumenthal and Chris Murphy, and U.S. Rep. Joe Courtney. State Bond Commission grant dollars are also being appropriated for the project. The town is currently working outside the parameters of the site to infill the development around the station. 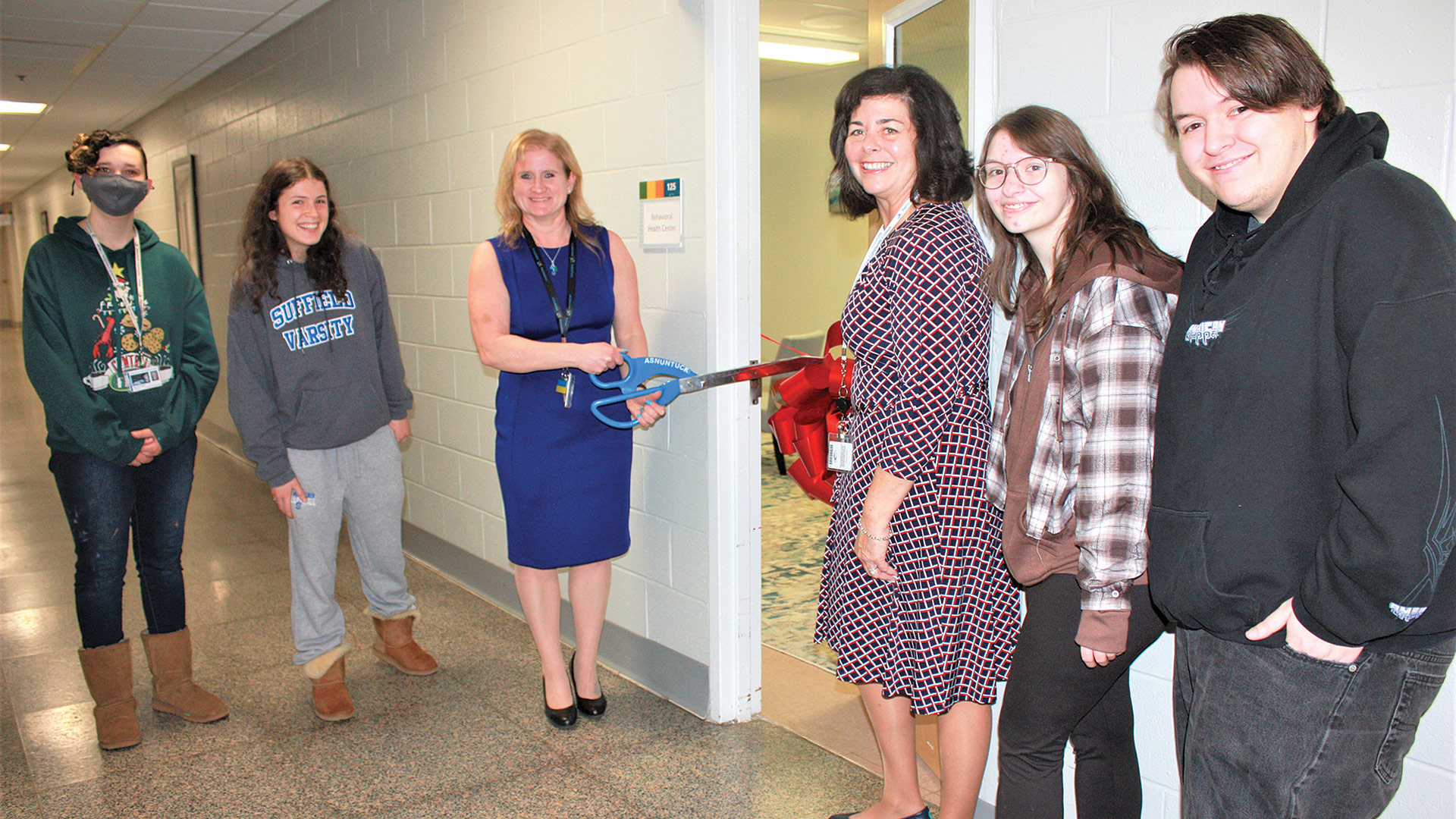 One of the areas needing the most redevelopment is Enfield Square, where the Target and largely vacant mall sits. The site’s current owner, Namdar Realty Group of New York, and the town are doing what they can to bring in new businesses.

“It’s the home of the former Macy’s, JCPenney, and Sears. Unfortunately, those three businesses are no longer in the Enfield Square mall. The town realizes the importance of trying to redevelop that mall area,” Tereso said. “In order to assist Namdar with potential tenants down the road, we have engaged our Capitol Region Council of Governments to work with the town and are sponsoring an Enfield Square mall area traffic-impact study.”

The purpose of the study is to improve operating conditions and maximize the capacity along the Route 190 (Hazard Avenue) and Route 220 (Elm Street) corridors and assess development scenarios for the underutilized mall and the potential impact on the roadway system — not just on the roadway itself for traffic, but also improving other means of infrastructure, in terms of bike, pedestrian, and transit stops in and around the mall.

To those ends, Namdar and town officials have listening to the needs of the community. A market study was also conducted in town to understand what people want to see and do with the underdeveloped or vacant plots of land in the Enfield Square area.

Tereso told BusinessWest there have been a lot of suggestions for entertainment uses, mixed spaces for retail and housing, and even a walkable outlet setting similar to Evergreen Walk in South Windsor. One thing the study made clear is that business owners no longer want to lease their spaces, but prefer to own them.

“Ultimately, the town was able to subdivide the mall parcels from eight or nine to 16 parcels, and they have already implemented the sale of two or three of them,” Tereso said, adding that Namdar is trying to break off some of the parcels and sell them off individually. “They also sold the Target to Target, so they’re trying to break up the mall to not only help with the redevelopment, but also bring in smaller businesses, especially along the Route 190 and 220 corridors.”

Asnuntuck CEO Michelle Coach said many local businesses serve in an advisory capacity to the college. For example, through a Business in Industry program, Asnuntuck allows companies to come in and deliver training resources.

“A lot of the time, and more recently, it’s soft skills because people have been online for so long. So they don’t know how to talk to someone and look at them,” Coach said. “They’re afraid and used to the screen. We’re trying to talk about body language and interactions, and that’s something that’s been brought to the forefront a lot.”

After learning remotely during the pandemic, students are hungry for interaction. In the past year, enrollment has increased 7.8%, and students are asking for more opportunities to engage with one another.

Starting in the fall of 2023, through the Pledge to Advance CT (PACT) program, Connecticut residents and high-school graduates can receive a free community-college education if they are registering and attending college for the first time. Funding covers the gap between federal and state grants received and the college’s tuition and mandatory fees. Entry into the program will be accepted on a first-come, first-served basis.

“Having a school in town is a great asset, and we try to work with them as best we can. They’re very willing to work with the town to come up with programs for local businesses to train people.”

“A high-school graduate can come and get a free education and then transfer to their four-year school if they need to transfer. It’s a great opportunity,” Coach said. “Our average age has gone down to 26 years old because of that program; it was at 27.5 to 28 depending on the semester.”

One program that has also taken off since its start seven years ago is the Second Chance Pell program in local prisons. When COVID hit, visitors were restricted from entering prisons, but within the last semester, Asnuntuck has been able to reach 145 students in that setting.

“We’re looking at expanding next semester,” Coach said. “We have a new project that’s coming with them, and it’s focusing on some manufacturing classes … looking at blueprint readings, looking at some manufacturing math. And then there’s money that’s been dedicated to a project called Vocational Village. That will potentially bring some opportunities into the prisons to do some hands-on work.”

Asnuntuck has been part of Enfield for the past 50 years and is looking forward to celebrating that milestone during the 2023 graduation. Reminiscing on the past, Coach told BusinessWest a story of how the then-president received the memo that the college was moving to its current location on 170 Elm St.

“He said, ‘if you hear me running and shouting down the hallways, it’s because we got the approval.’” And the rest is history — literally. The school is looking forward to the vignettes and memories that will be shared among alumni and faculty emeriti.

“Things like that are what we want to embrace and enjoy with our campus community,” she added. “We’re small; we all know each other. We don’t live in silos. We really have a good, close community here — a close family feel.”

With a population just over 42,000, Enfield might be a large town, but the community is close and tight-knit, Whitten said. And officials are looking forward to a new year of growth and community.

“We just work the best we can with all developments,” she said, “whether it be the small mom-and-pop or the developer of Enfield Square.” u

Kailey Houle can be reached at
[email protected]