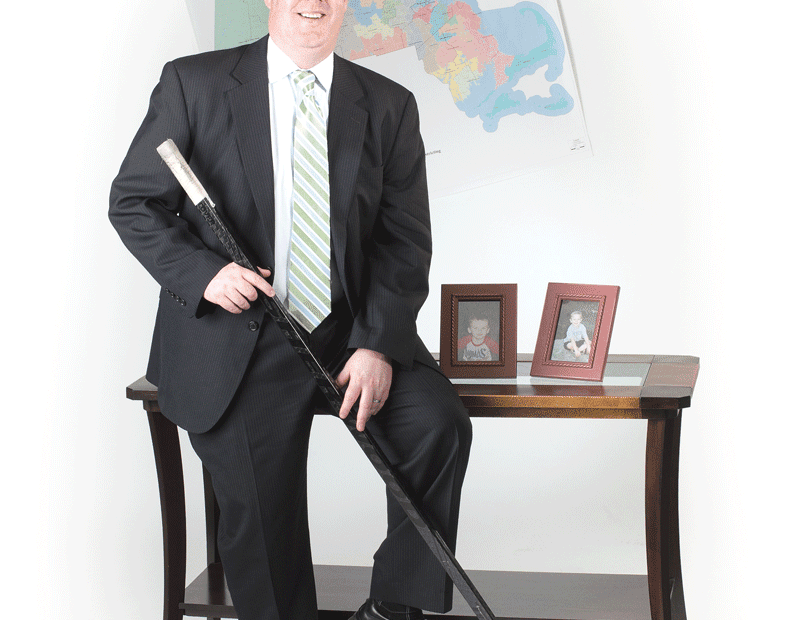 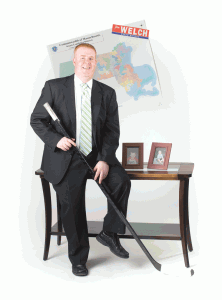 The tornado that roared through Western Mass. last June passed through several communities and neighborhoods. A common denominator for many of them is the fact that they lie in the First Hampden District.
That’s Sen. James Welch’s district, only he would never call it that. He contends that such positions belong to the people, not those who occupy them for two terms or even 20. And this is the attitude he’s taken with him through a career in public service that has also included stints as West Springfield city councilor, state representative (6th Hampden District), and as aide to former state Sen. Stephen Buoniconti before succeeding him in that role.
And while he’s seen and done a lot in public service, nothing fully prepared Welch for what transpired June 1, 2011 — although every career stop helped make him ready to effectively serve his constituents that were affected. And there were many of them. Indeed, the First Hampden District includes all of West Springfield, a community that was hit hard, as well as Springfield’s South End, Forest Park, and other sections that fell in the tornado’s path.
Welch said the twister and its aftermath provided many indelible images of devastation, but also innumerable — and inspiring — examples of people rising to the occasion and working together to help communities overcome adversity. And while he’s proud of the work he and others in the Legislature have done and continue to do to help people get back on their feet, he says his focus is always on the day-to-day aspects of his job description.
“What probably keeps me going every day is the interaction and constituent service,” he explained, adding that it’s been this way since he was a legislative aide. “And when I first got into public service, I didn’t necessarily understand what constituent service was. I’ve learned that it means being as accessible as possible to people when they do have an issue or a problem.”
Succeeding in that mission has made him an effective leader on Beacon Hill — and a member of the 40 Under Forty.
— George O’Brien