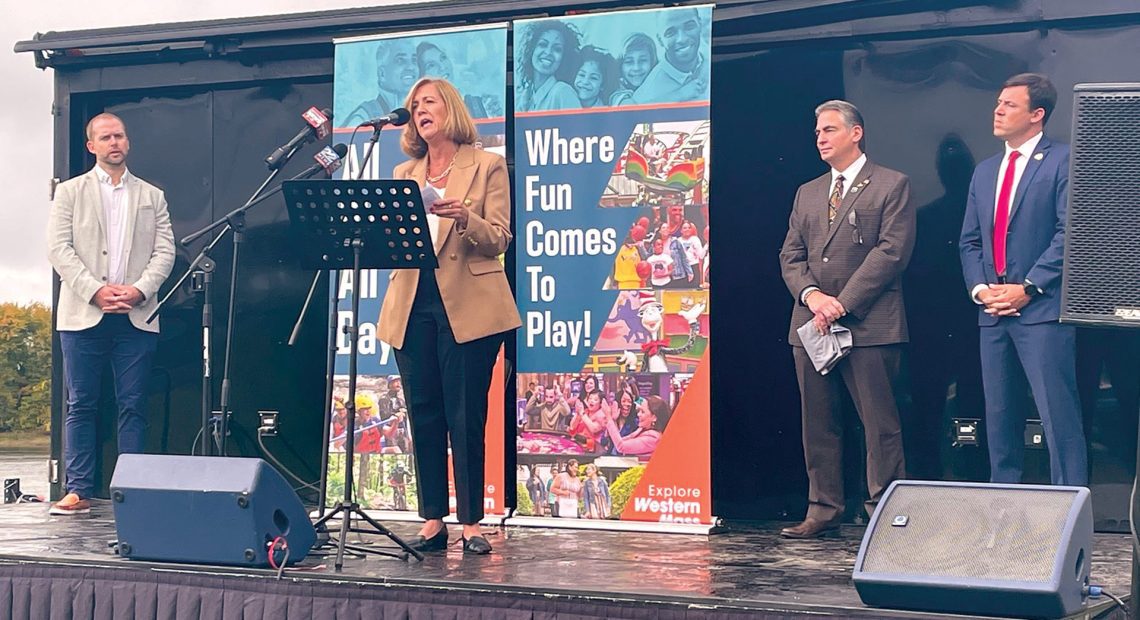 The Outlook for Meetings and Conventions Is Decidedly Upbeat 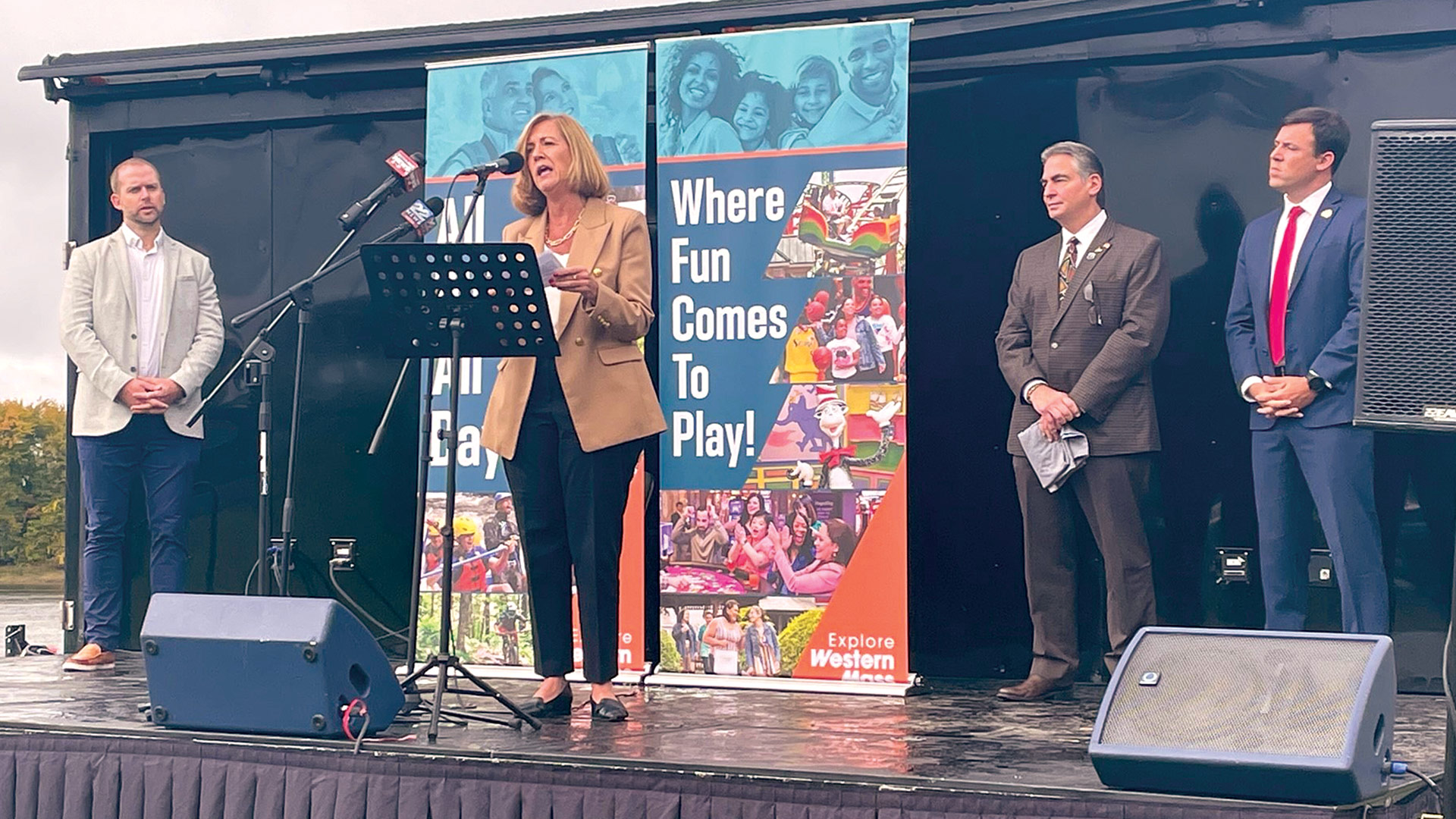 Mary Kay Wydra confirms that an Ironman marathon is coming to the Springfield area in the summer of 2023.

In the years just prior to the pandemic, Mary Kay Wydra said, Western Mass. was building considerable momentum as a location for meetings and conventions.

Indeed, a region long considered to be third-tier for conventions due to its size and facilities, but second-tier because of the many amenities it offered, was becoming increasingly popular with groups ranging from gymnastics leagues to religious groups; sporting-event organizers to trade associations, said Wydra, president of the Greater Springfield Convention and Visitors Bureau (GSCVB). And with the arrival of MGM Springfield in late 2018, the region had another box it could check and more facilities to add to its portfolio.

Obviously, the pandemic put a huge dent in this business and brought the pace of progress to a standstill, said Wydra, noting that things are starting to pick up again as groups of all kinds put more events on the calendar. The region is looking to pick up where it left off and raise the bar even higher, she told BusinessWest, adding that there are many reasons for optimism on this front.

“I’m really lucky because there’s not a lot of people like me in the country that has a great convention center, meeting hotel space, and then the fairgrounds less than two miles from downtown.”

That’s because of all that the region can offer, and at a price that’s well below the tier-1 and tier-2 cities and regions.

“We offer tremendous value, and we offer the planner the ability to really be a big fish in a little pond with their group,” said Wydra as she summed up the region’s primary selling points, listing everything from the Basketball Hall of Fame to the Dr. Seuss Museum. “That’s why it’s easy to sell this region.

“When conventions come in, they’re coming here for a purpose,” she went on. “They often want to get out of the convention center or the hotel that they’re meeting in and visit another attraction during their down time or even have a planned activity.”

Another reason for optimism, and a solid 2022, is the work that the GSCVB, working in concert with those operating area attractions, put in during the pandemic.

Indeed, while convention goers might have been pushed to the sidelines, those planning events, and those hoping to attract them to their regions, kept working.

The work was somewhat different, as we’ll see, but it laid the groundwork for the momentum currently being seen and anticipation for more gatherings in the years to come.

The GSCVB covers the region from Connecticut’s northern border to Vermont’s southern border, a wide area that offers a wide array of attractions and opportunites for attendees of gatherings. It’s an area that also boasts a diverse portfolio of meeting spaces and facilities for events and conventions, from the convention center in downtown Springfield to the array of buildings at the Big E to the various facilities at area colleges. 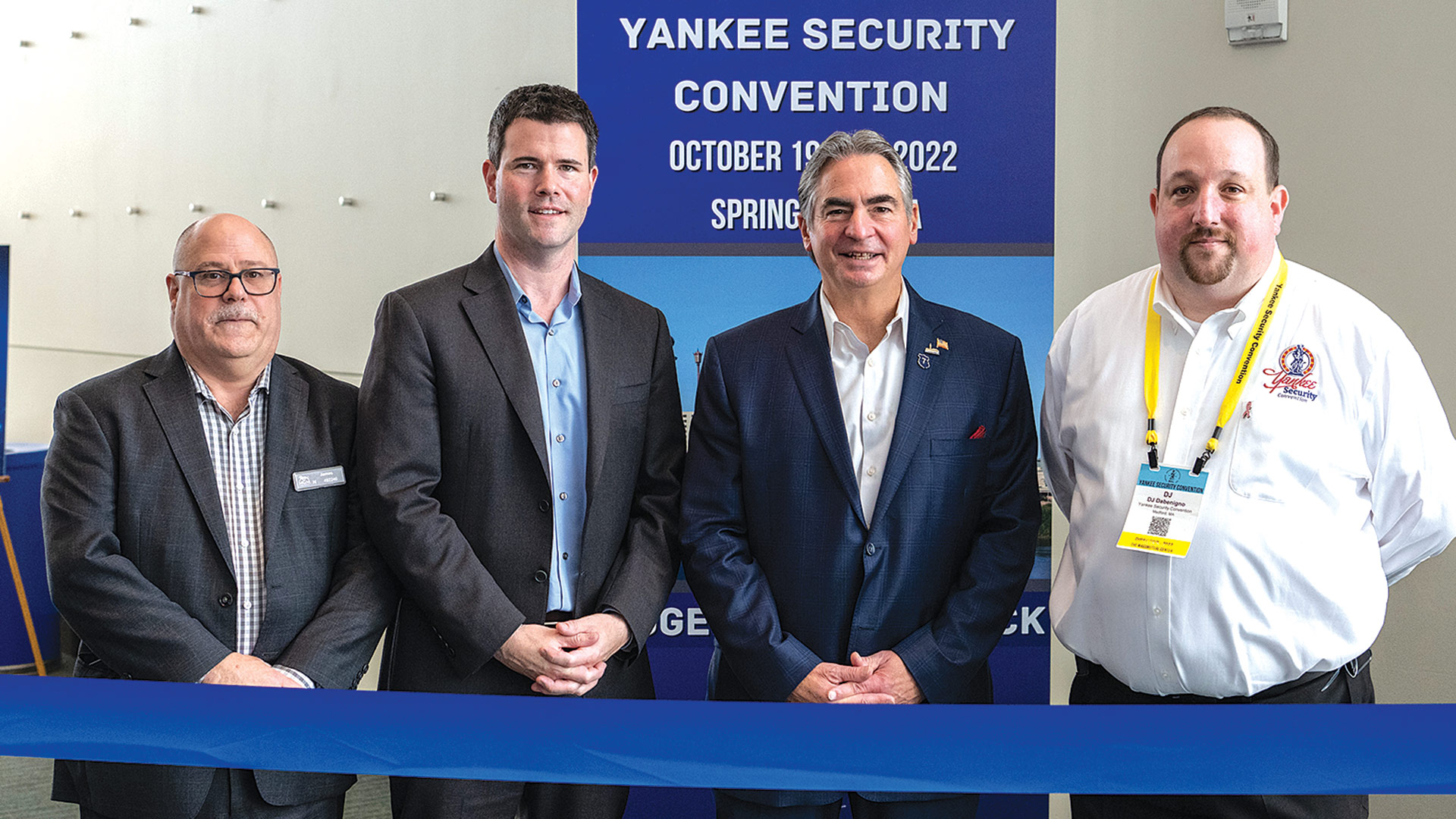 “A lot of convention activity happens here in the lower valley in Springfield because we have the MassMutual center; they’re a very close partner, and we work with them. The Marriott, the Sheraton, MGM all have meeting space within their hotels, too,” said Alicia Szenda, vice president of Sales at the GSCVB. “I’m really lucky because there’s not a lot of people like me in the country that has a great convention center, meeting hotel space, and then the fairgrounds less than two miles from downtown. It’s nice for me to have that variety of straight meeting space versus some fairgrounds and some open space so close to the hotels in Springfield, West Springfield, Chicopee, and Holyoke.”

When COVID hit in March of 2020, however, the convention business “fell off a cliff,” said Szenda, adding said that some groups opted to meet virtually but there was no travel, to Greater Springfield or anywhere else.

This was a time to continue meeting with event planners (virtually in most all cases), continue the work of selling the region, and create some momentum for when groups would be ready to travel and stay again.

“When you’re selling the region … yes, they need a place to gather, but you sell more than just a building. You’re selling the whole package, and we’re really optimistic that our convention-center business will pick up.”

Szenda joked that the only part of her job that she couldn’t do was site visits — pretty much the majority of what her job entails. She and other team members had to put together Zoom presentations and virtual site visits to generate new business as well as repeat business.

“We did those for folks who were possibly booked and maybe had to cancel and needed a refresher during the rebooking,” she explained. “We also reached out to everyone in our database and invited them to different events because they may not have had a chance before to come visit the area in person. But meeting planners had a lot of time on their hands, so it gave them an opportunity to educate themselves on destinations they hadn’t been to before or maybe hadn’t been to in a while.”

For example, those at the GSCVB staged a Zoom meeting — attended by several event planners — with officials at the Basketball Hall of Fame, who talked about the various kinds of spaces available at the Hall for meetings and events, but also about how the Hall was just one part of the broader picture in Western Mass. Hall of Famer Grant Hill joined the call and answered questions from some of the event planners about his life, his career, and the Hall itself.

That’s just one example of how those at the GSCVB managed to keep the region front and center during the pandemic, work that is starting to pay off as events start happening again and more are put on the calendar for 2023 and well beyond.

Overall, tourism rebounded in 2022, said Wydra and Szenda, but group business, meaning meetings and conventions, is still off from pre-pandemic levels.

According to U.S. Travel, the numbers in October 2022 were off about 3% from those in October 2019. But Wydra is optimistic about the years to become — for several reasons, but especially Szenda’s “conversion rate.”

“Alicia has a really high conversion rate,” she explained. “When she’s able to bring a planner or two — or sometimes it’s a committee — into the region and she shows them what we’re offering them, they often will book their business, and it converts into a contract.”

Szenda agreed and told BusinessWest that some of the groups that had canceled events to be staged in 2020 and 2021 were willing to renew their contract and rebook for the next few years. Several groups and events are making their return to the area, like the Ironman marathon, Red Sox Winter Weekend, the Massachusetts Teachers Assoc., and Hooplandia.

The Place to Be

Wydra noted that people don’t just come to the region for the conventions and events, but for the attractions and the area itself. Western Mass. has a broad, diverse of museums, parks, sports activities, the Thunderbirds, MGM, and more to offer those visiting.

“All of that is part of a package. When you’re selling the region … yes, they need a place to gather, but you sell more than just a building,” she told BusinessWest. “You’re selling the whole package, and we’re really optimistic that our convention-center business will pick up.”