What You Need to Know About Qualified Tuition Programs

With the rising costs of higher education, it is even more important to effectively plan for how best to finance your future goals, regardless of what level you are at or pursuing.

Qualified tuition programs (QTPs), or 529 plans, are one possible route that not only supports you in saving for education expenses, but also allows for tax incentives as established by the Internal Revenue Service (IRS).

Qualified tuition programs are established and maintained by either a state or educational institution (such as college or university) and are commonly referred to as 529 plans simply because their tax rules are governed by section 529 in the IRS code.

In short, these plans allow a taxpayer to either prepay or contribute to a savings or investment account that can appreciate in value over time, similar to a traditional IRA. When money from the account is later withdrawn by the designated beneficiary, the income will be excluded from federal income, provided, however, that these funds are being used for qualified educational expenses.

Common examples of qualified educational expenses include tuition, fees, books, and even room and board at eligible educational institutions (if at least a half-time student). 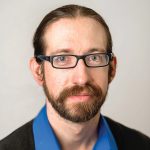 “These plans allow a taxpayer to either prepay or contribute to a savings or investment account that can appreciate in value over time, similar to a traditional IRA.”

These plans can be created online or with the assistance of an investment advisor. Each state offers plans, and if you already have a relationship with a brokerage firm (Edward Jones, Vanguard, Fidelity, etc.), you can also partner with your advisor to set one up. Do keep in mind that, while the distributions are excluded from federal income, tax consequences vary by state. Make sure to research the tax rules for your state before setting up the plan.

Are the Taxpayer Contributions Tax-deductible?

Contributions to a 529 plan are not deductible for federal tax; however, some states do allow deductions. Be sure to check your state’s rules when setting up the plan.

What If the Beneficiary Doesn’t Use the Money for Qualified Educational Expenses?

The intent of these plans was to provide tax incentives to fund higher education. Distributions used for non-qualified expenses are generally treated as income, and the earnings in the account will also be subject to an additional 10% penalty (with some exceptions). It’s important to verify that the intended expense qualifies before deciding to take the distribution.

Who Reports the Income?

When a distribution is made, form 1099-Q will be issued, with information regarding the gross distribution, earnings within the account, and the type of account it is (such as a state or private plan). The individual receiving the distribution will usually be the one reporting the income, with their name on the form.

Yes. Keep in mind, however, that the gift amount is not exempt from the annual $15,000 gift-tax exclusion limit as established by the IRS. The IRS does, however, provide an option for taxpayers who gift up to $75,000 in a single year to split that gift in five equal parts over the next five years (as if it was actually split over those five consecutive years).

For example, if a taxpayer gifted $75,000 during the year, the gifting taxpayer can elect to report $15,000 ($75,000 / 5) in year one, and $15,000 again in the next four subsequent years, thereby not exceeding the annual limit. This election can be made for each unique beneficiary plan.

Can I Roll Over the Account Amount to Another Plan?

Yes. Perhaps the beneficiary doesn’t plan to go to college or accrue these qualified higher-education expenses in the foreseeable future. Plan benefits may be transferred from one beneficiary to another in the same family (although the IRS has a vast definition of what constitutes family) with no adverse tax consequences, with the one caveat being that you cannot roll over more than one QTP to a single beneficiary within a 12-month period.

Qualified tuition programs are an option to help fund educational goals and may be a helpful financial strategy when navigating those various costs associated.