Recent Case Displays Threats Facing Those in the Cannabis Industry

By Michael Roundy and Scott Foster 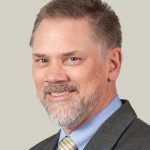 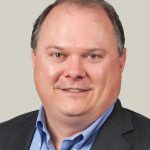 Running a business in the legalized cannabis space is something in which hundreds of owners around the Commonwealth are now engaged. On most days, the fact that cannabis remains illegal federally is not on the top of the minds of these owners. However, a recent decision by the First Circuit Court of Appeals reminds us that the cannabis industry is not entirely free of the risks of federal prosecution and provides useful guidance on how best to avoid those risks.

Maine legalized medical marijuana in 2009, subject to stringent conditions and governed by detailed regulations. While state law permitted the medical use of marijuana, the federal Controlled Substances Act does not. However, each year since 2015, Congress has attached a rider to its annual appropriations bill that prohibits the Department of Justice from using appropriated federal funds to prevent any of the states “from implementing their own laws that authorize the use, distribution, possession, or cultivation of medical marijuana.”

In United States v. Bilodeau and two related cases, the two individual defendants and the companies they owned operated sites in Auburn, Maine, where they grew marijuana purportedly for use as medical marijuana. The operations were carried out under the color of facially valid paperwork as a Maine Medical Marijuana operation, and state inspectors found the site to be in compliance with Maine’s law.

Following an investigation by federal law enforcement, the defendants were indicted for knowing and intentional violation of the Controlled Substances Act. The government asserts that the illegal marijuana-distribution operation merely used the Maine Medical Marijuana program as a cover for its illegal, black-market marijuana operations, which included distribution of marijuana to individuals in several other states who were not qualifying medical-marijuana patients under Maine’s law.

“On most days, the fact that cannabis remains illegal federally is not on the top of the minds of these owners. However, a recent decision by the First Circuit Court of Appeals reminds us that the cannabis industry is not entirely free of the risks of federal prosecution and provides useful guidance on how best to avoid those risks.”

The defendants challenged the prosecution on the grounds that the government was prohibited from using federal funds to prosecute them, because of Congress’s appropriations rider, and sought an injunction from the District Court. The court denied the request because the Maine medical-marijuana law did not authorize the sort of conduct alleged. The defendants appealed.

The Court of Appeals considered the arguments raised by both parties. The government advocated for a view of the appropriations rider that would permit any prosecutions unless the defendants were in full, strict compliance with the state’s medical-marijuana laws. Any minor non-compliance would bring the case outside the rider and permit the Department of Justice to prosecute.

The court rejected this approach, finding that federal prosecution would hang as a sword of Damocles over participants in Maine’s medical-marijuana market, ready to drop at the occurrence of any minor, “even tiny” non-compliance or unintentional violations, and would likely deter market participation, which might also lead the state to water down its regulatory scheme and otherwise serve to thwart the state’s implementation of its laws relating to medical marijuana.

The defendants argued that the rider should prevent prosecutions of those who have valid state licenses to participate in the state’s medical-marijuana industry. The court rejected this other extreme as well, concluding that Congress did not intend the rider to create a safe harbor for blatantly illegitimate activity outside the scope of the state’s own medical-marijuana laws, merely because the defendants possess facially valid documents.

The court thus rejected the approach advocated by both the government and the defendants. The court adopted a middle-ground approach and declined to define its precise boundaries. It found that the conduct in the case at hand was clearly aimed at supplying marijuana to persons “whom no defendant ever thought were qualifying patients under Maine law” and that the medical-marijuana licenses were façades for such unauthorized sales.

The court also noted that Maine’s own medical-marijuana law expressly criminalized distribution to those not authorized to possess marijuana (medical patients) under the law. As such, federal prosecution for such conduct was considered unlikely to have any unwelcome effect on Maine’s implementation of its medical-marijuana laws. The Appeals Court therefore affirmed the District Court’s denial of an injunction, and the prosecution is permitted to proceed.

While it seems unlikely that mere technical violations would lead to federal prosecution, could an operator faced with a summary suspension order (which occurs when there is “an immediate threat to public health, safety, and welfare”) find that not only is their license suspended, but they now face federal prosecution as well? Hopefully the Cannabis Control Commission will take this potentially serious threat into consideration as they weigh future enforcement actions in Massachusetts.

Michael Roundy and Scott Foster are both partners at Bulkley Richardson and members of the firm’s cannabis practice.