What Employers and Schools Should Know About the CROWN Act

Effective Oct. 24, Massachusetts joined 17 other states in passing the Creating a Respectful and Open World for Natural Hair (CROWN) Act, which bans discrimination against employees, students, and other individuals on the basis of natural or protective hairstyles historically associated with race.

The act applies to Massachusetts employers as well as all Massachusetts school districts, school committees, public schools, non-sectarian schools, and places of public accommodation. At the federal level, CROWN Act legislation has passed the U.S. House of Representatives and is pending in the U.S. Senate.

The Massachusetts version of the CROWN Act amends the definition of ‘race’ contained in the state’s Fair Employment Practices Act, as well as other Massachusetts laws specifically applicable to schools, to include protection against such discrimination on the basis of traits historically associated with race, including, but not limited to, hair texture, hair type, hair length, and ‘protective styles,’ which include braids, locks, twists, Bantu knots, hair coverings, and other formations. 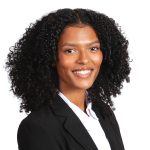 “To ensure compliance with the CROWN Act, employers and schools may want to consider avoiding language in their grooming or personal appearance policies that categorizes specific hairstyles or textures as ‘unkempt’ or, in the alternative, ‘socially acceptable.’ Such choice of words can create a presumption that some hairstyles or textures are less socially acceptable than others.”

The enactment of the CROWN Act in Massachusetts was founded in an incident that occurred at a Greater Boston charter school. In 2017, two Black 15-year-old sisters, Deanna and Mya Cook, were reprimanded at the Boston-area high school in Massachusetts for wearing braided hair extensions. At the time, the school had a hair and makeup grooming policy that prohibited hair extensions. The Cook sisters faced several hours of detention, were threatened with suspension, and, among other reprimands, were even barred from participating on the school’s sports teams after they refused to take down their protective hairstyles.

Thanks to the tenacity and grace of the Cook sisters, the issue reached a very public audience. The Massachusetts attorney general wrote a letter to the school informing the school that the grooming policy was discriminatory and in violation of state and federal law. The Cook sisters’ case also caught the attention of the American Civil Liberties Union of Massachusetts, as well as the NAACP. Then California state Sen. Holly Mitchell drafted the first CROWN Act legislation in 2019, empowering California to take the lead as the first state to enact this legislation.

Massachusetts Gov. Charlie Baker signed the CROWN Act into Massachusetts law earlier this year. While Massachusetts has not yet been confronted with a suit under the CROWN Act, a violation under the expanded protection may result in liability under the state’s anti-discrimination statutes (which provides for the award of lost wages, emotional distress, punitive damages, and attorney’s fees).

Going forward, the Massachusetts Commission Against Discrimination (MCAD) has been tasked with promulgating rules or issuing guidelines regarding the discrimination protections expanded by the CROWN Act. In addition, the Massachusetts Department of Elementary and Secondary Education (DESE) has been authorized to provide written guidance interpreting the Act. Nonetheless, employers and schools should not wait for the MCAD or DESE guidelines and should amend their equal employment opportunity policies, anti-discrimination policies, and any grooming or other appearance-related policies to ensure that the language appropriately reflects the added protections to race as a protected class.

To ensure compliance with the CROWN Act, employers and schools may want to consider avoiding language in their grooming or personal appearance policies that categorizes specific hairstyles or textures as ‘unkempt’ or, in the alternative, ‘socially acceptable.’ Such choice of words can create a presumption that some hairstyles or textures are less socially acceptable than others.

Instead, employers can enforce grooming requirements specific to a certain position or function of the job that apply to all employees regardless of race, hairstyle, or texture, such as a requirement to keep hair away from the face or pulled back. This same approach can apply to school grooming and uniform policies as well. Employers and schools should make efforts to ensure that the policies are enforced equally to all employees, students, and other individuals rather than selectively.

Employers and schools should also inform their managers, teachers, and other employees regarding policy changes and provide training on how to address potential policy violations. These preventive measures will help to ensure a welcoming environment for all hairstyles, textures, and the like that are historically associated with race in the work and school settings as required by the CROWN Act.

Briana Dawkins is an associate in Bulkley Richardson’s Employment and Litigation practices.