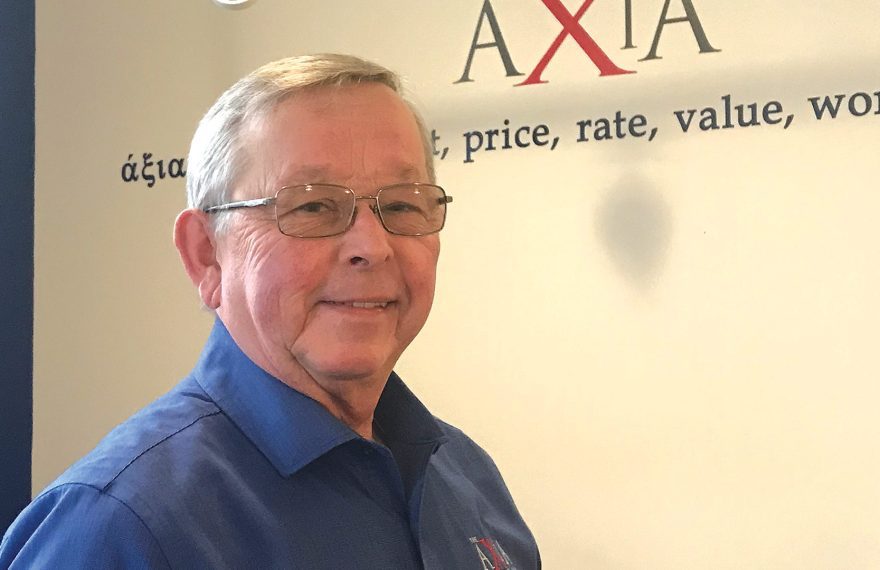 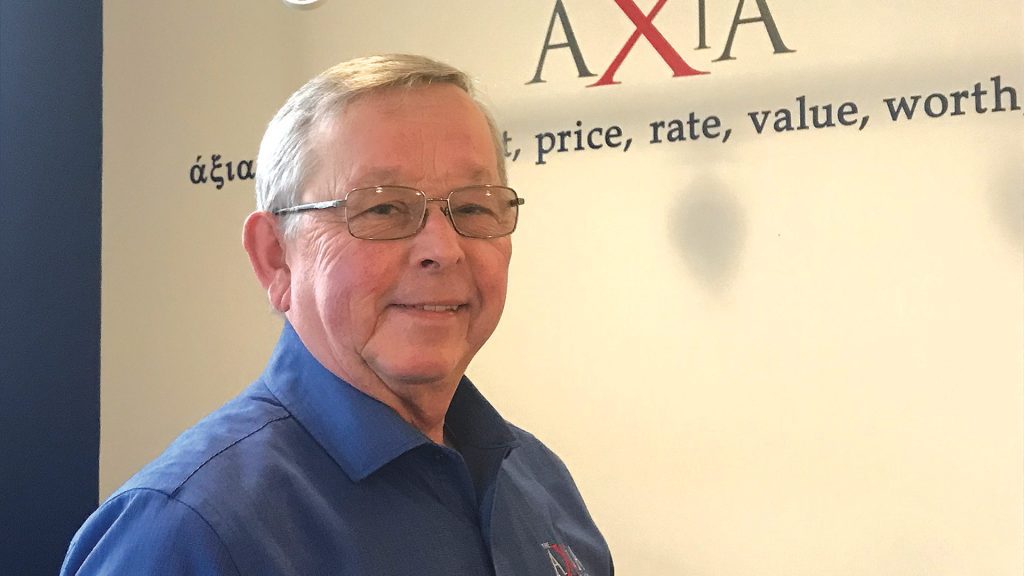 Michael Long says inflation in the cost of construction materials is complicating the equation of replacement protection.

When preparing a homeowners policy, insurance companies want to know all the details. They’re not being nosy — they just want to accurately cover any potential loss, even the unexpected ones.

Indeed, insurance agents who spoke with BusinessWest said every homeowners policy begins with a worksheet that captures anything and everything about the home. Inquiries range from the obvious — like the age of the house, square footage, and condition of the roof — to details about the kitchen counters (formica or granite?), whether rooms feature hardwood floors or carpeting, as well as many other questions.

“We ask for lots of details so we can get a true estimate of the home to properly gauge the replacement value,” said Trish Vassallo, director of Operations for Encharter Insurance in Amherst, noting that policies are based on what it would cost to replace the home and its contents if there was an event that resulted in the total loss of the home, such as a devastating fire or tornado.

Insurance companies also try to factor in cost increases in building supplies and labor, so some offer homeowners policies with extended replacement protection that will cover 25% or 50% above the insured amount of the home.

Michael Long, CEO of the Axia Group in Springfield, explained that, with recent hyperinflation in building materials and labor, extended coverage may not be enough. Lumber has experienced a massive increase in price since the beginning of the pandemic, driven by supply-chain issues and an increase in demand. One measure for estimating building costs is the price for a board foot of lumber.

“Customers ask us why their policies increase each year, and the answer is the inflation guard, which keeps the policy in line with current construction costs.”

“Not long ago, a thousand board feet of lumber cost $345,” Long said. “It’s now up to $1,600 per thousand board feet.” That’s why one of the first conversations Long has with his clients is to make them aware of policies that offer guaranteed replacement costs that will cover rebuilding a home no matter what happens to the price of materials and labor.

While guaranteed replacement might be worthwhile for high-value homes, it can be expensive coverage. A more affordable way to keep pace with rebuilding costs comes in the form of policies with inflation-guard endorsements. Trish Woodbury, Personal Lines manager for McClure Insurance Agency in West Springfield, explained that policies with inflation-guard coverage are designed to increase the limits of what the insurance company will pay based on the costs of materials.

“Customers ask us why their policies increase each year, and the answer is the inflation guard, which keeps the policy in line with current construction costs,” she said.

Customers also ask Woodbury why the estimated replacement cost on a homeowners policy is so different than the market value of the home. The main reason is that market value is driven by the ups and downs of the real-estate market and is calculated using the house as well as the lot it sits on.

“The estimated replacement cost is based on all the specs of your house and the amount the insurance company will pay to bring you back to where you were before the incident that caused your loss,” Woodbury said. “We often have to explain the difference because it’s a far different number than the market value.”

That’s why including everything in the house from top to bottom is essential to having it insured. For example, if people fail to report they have a finished basement out of concern they may have to pay higher taxes, they won’t have coverage for a loss.

“We are not trying to uncover a tax increase for the towns; our concerns are, if you have a devastating loss, we want to make you whole again,” Vassallo said. “If you have a finished basement, we want to know how finished — is there a TV room, workout equipment, is there a bathroom down there? These are all important factors so we can come up with the appropriate replacement value and include it.”

The most common claim for a homeowners policy is water damage from a leaking roof, burst pipe, or faulty toilet. Long pointed out that, if a burst pipe happens when no one is home, damage can be substantial, and the claim can be huge, even approaching six figures.

Because water-damage claims are so common and expensive, Woodbury said homeowners can now install devices to prevent a severe incident.

“One of the devices is an automatic water shutoff when a leak is detected,” Woodbury said. “Insurance companies have begun offering discounts to homeowners who install these.”

Damage from flooding is not covered under a traditional homeowners policy. Insurance companies define flooding as water from the surface and below, usually entering through the foundation of a house. If a homeowner has a mortgage and their house is in a high-risk zone for flooding, they are required to have flood insurance. Long pointed out that changing weather patterns may require a new way to think about flooding.

“Most people figure, if they are not near a river or other body of water, they’re OK,” he said. “If we received 42 inches of rain and your house is on a hill, it could still receive flood damage that would not be covered by a traditional insurance policy.”

“Without umbrella coverage, if you tried to sell your house while there was a personal-liability judgment against you, the creditors could go after the proceeds from the sale.”

Woodbury added that anyone can buy flood insurance, and if a house is not in a high-risk zone, the homeowner will receive a preferred rating and a lower price for the coverage. “It’s available to everyone, and we’ve been encouraging people to consider it.”

In addition to covering the dwelling unit, homeowners policies will also cover personal property — up to a point. If there are special items such as expensive jewelry or fine art, the best approach is to add a coverage rider for those items. As an example of why riders make sense, Vassallo gave an example of someone who owns a $75,000 baby grand piano.

“If you had a total loss, such as a fire, and your content limits are $200,000, replacing the piano would take a huge chunk of that $200,000, leaving you a much smaller balance to cover everything else,” she said. Thus, purchasing an inexpensive insurance rider for the piano gives it full coverage with no deductible, and it no longer affects the personal-property limit. “So, it becomes a separate item that we want to keep separate.”

Another type of policy associated with homeowners insurance is umbrella coverage. These are personal liability policies that provide coverage when the limits of a homeowners and auto insurance policy aren’t enough to pay a claim.

Umbrella coverage was once thought to be necessary for homeowners who have a dog, a swimming pool, or a young driver. Vassallo said. But with payments for personal-injury claims going higher all the time, everyone should consider the added protection of such a policy. “We even suggest it for renters because you never know who’s going to sue you.”

Some people feel they don’t need an umbrella policy because the Homestead Act protects them, Long said. But while it prevents creditors from taking a person’s home, the act’s protection stops there.

“Without umbrella coverage, if you tried to sell your house while there was a personal-liability judgment against you, the creditors could go after the proceeds from the sale,” he noted.

Water damage may top the list of common claims, but Long said dog-bite claims are growing in number. A typical homeowners policy can provide some coverage, but he strongly recommends dog owners have an umbrella policy, as the average claim for a dog bite is $40,000 — and people with a dog-bite claim often pay much more for homeowners policies in the future.

For many years, companies have maintained lists of dogs they will not insure under a homeowners policy. Woodbury pointed out that the list is driven by the number of claims they see for certain breeds.

“The lists change, too,” she said. “Because companies have seen fewer claims on German shepherds and huskies, they have come off some lists.”

Before purchasing a dog, Long recommends homeowners call their insurance agent, especially if they are not set on a particular breed. “Your agent can give you the current list of dogs the companies will not cover with insurance.”

While many people work from home these days, that work can take many forms. A person working full-time for a company is different than someone who operates a home-based business. Vassallo said homeowners policies are not intended to protect business exposure, so a person who runs a business out of their home needs to see their agent for a rider to their home policy.

Liability can become an issue if customers come to the home. It’s not unusual for tax accountants, music teachers, and others to have people at their home for business reasons. In insurance terms, that’s a liability exposure that can be addressed with a separate commercial rider for protection.

“Otherwise, using the example of the music teacher, if a student or parent slipped and fell, the teacher would have no protection,” Vassallo said.

Home ownership brings with it plenty of physical hazards. Insurance companies have begun offering protection for virtual hazards such as identity theft and cyberattacks.

Long said cyberattacks are growing at a rate of 200% every year. One of the top schemes is phishing — when a fraudster sends an e-mail that appears to be from a reputable company and encourages the receiver to click on links that compromise their security. But cyberattacks have moved away from laptops and phones and can now impact other areas of the house.

“Hackers are known to access data through WiFi-enabled thermostats,” Long said, adding that those who own WiFi-enabled refrigerators have also experienced attacks by hackers who use the appliance to mint cryptocurrency, such as bitcoin. “Many policies offer identity theft, and we are now strongly recommending our clients to add cyber protection.”

Before a homeowners policy comes up for renewal, agents will contact their customers to make sure their coverage stays up to date. It’s important for insurers to know about improvements such as a kitchen renovation.

“If you’ve upgraded to granite counters, it will now cost more to rebuild your home if you had a claim,” Woodbury said. “We want to make sure the limits on the policy keep up with the cost of rebuilding your house.”

Obviously, homeowners are not looking to pay more for coverage, and there are options for those who are interested only in price. Vassallo tries to help her customers understand why having sufficient coverage is so important.

“This is probably the largest asset they will ever own,” she said, “so let’s make sure we properly protect it.”