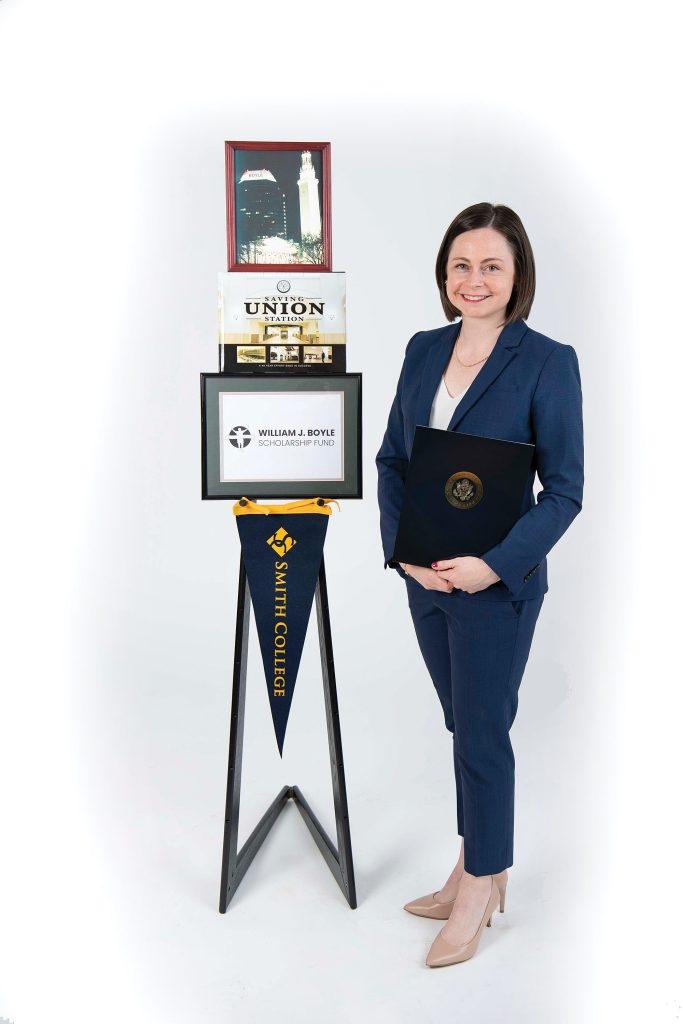 Margaret Boyle remembers her first real taste of politics — and it didn’t exactly go down well.

When she was very young, her father was a Springfield city councilor. She would go along with him to campaign events and even appeared, somewhat reluctantly, in a few of his TV commercials.

“I always said, ‘this is not the life for me,’ she recalled, adding that things changed in a profound way when she arrived at Smith College, and especially when she enrolled in a class at UMass Amherst through the Five College Consortium.

It was called “The Politician and the Journalist,” and it was taught by Congressman Richard Neal. By the end of that semester, Boyle was asking Neal if she could intern in his office. He said ‘yes,’ and that put her on a path that has taken her to the position of Communications director in that office.

This is a big job with many different responsibilities, from issuing press releases to updating Neal’s website on a daily basis; from handling all the social media for the congressman to following up with members of the press doing stories on matters Neal is involved with.

“No two days are alike, which is what I like about this job,” she said, adding that she’s in Washington at least a day or two or month and spends considerable time with Neal visiting some of the 87 cities and towns that make up a massive district that covers parts of five counties.

In addition to her work with Neal, Boyle is very active in the community, especially in ways that honor the memory and legacy of her father, William J. Boyle, who eventually became first justice of the Springfield District Court.

Indeed, with her mother, Rose, brother Martin, and lifelong friends of her father, she founded the William J. Boyle Scholarship Fund to advance educational opportunities for Springfield high-school students. She also played a lead role in creating the annual Run Billy Run 5K road race and one-mile walk, which last year raised more than $35,000 for scholarships. She not only organizes it, she runs in it, thus honoring another legacy — going for runs with her father years ago.

Recently, Boyle joined the board of directors of the Springfield Boys & Girls Club, and she is actively involved in fundraising efforts for the Susie Foundation, which provides families living with ALS with compassionate and enduring support services.