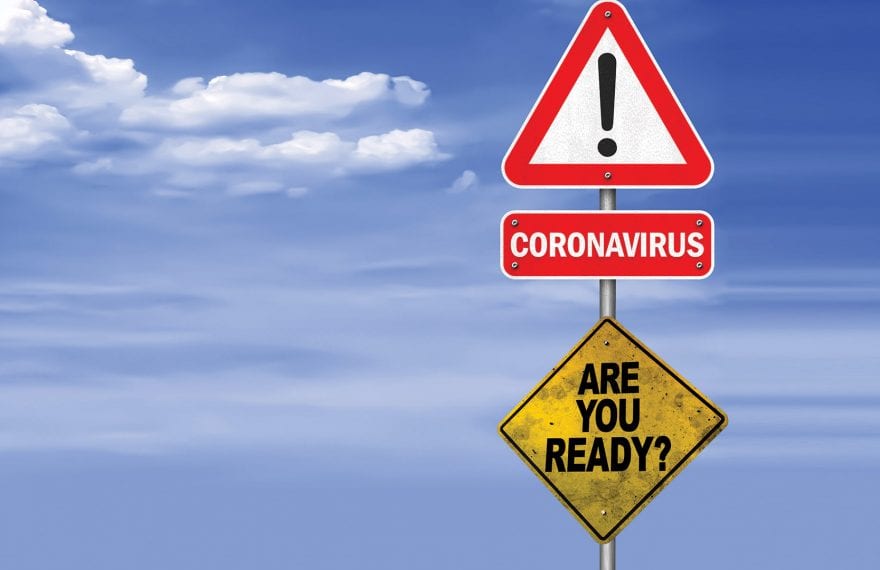 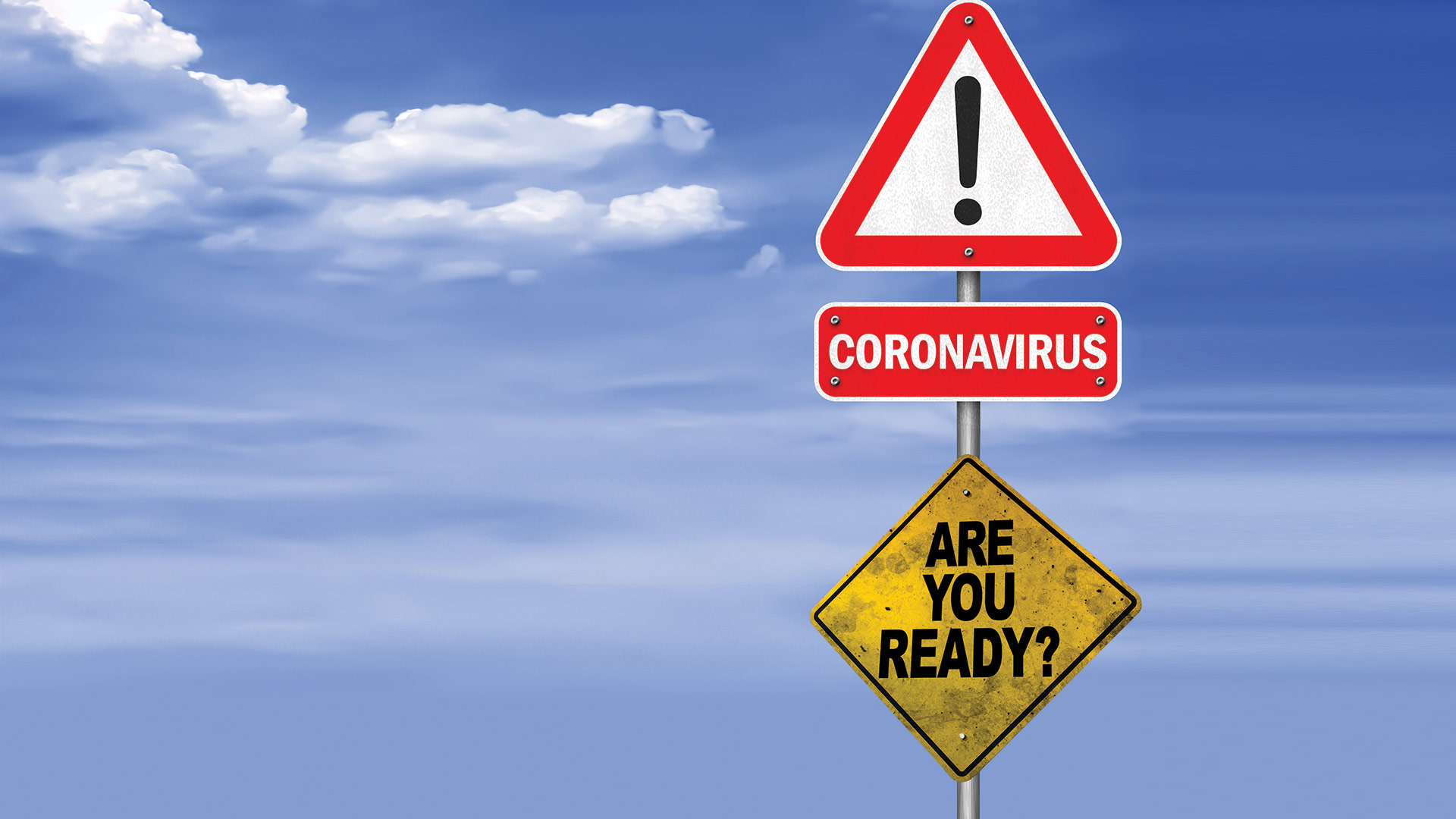 At first, there were a few, and then, as the news about the COVID-19 pandemic became steadily worse and the grim reality of the situation became ever more apparent, the volume started increasing.

On the other end of the line were people looking to update a will or estate plan, or, more likely, finish the one they’d started but never finished or finally get started with one, he said, adding that there are obvious reasons why.

“Everyone knows someone who knows someone who has the virus, and they’re worried — about their parents, their brothers, their cousins … somebody,” said Darling, a partner with the Springfield-based law firm Bacon Wilson and one of the region’s pre-eminent estate-planning specialists. “And there’s more people sitting at home with less to do; they’re paying attention to this and thinking about it. The news is very distressing, and people are responding to it.”

Meanwhile, healthcare workers, and especially those on the front lines of the crisis, don’t have to watch on TV — they can see it right in from them — and, thus, they’re responsible for many of these calls to Darling and specialists like him across the area.

This phenomenon, if it can be called that, is certainly keeping area estate planners much busier than they were, providing some much-needed peace of mind to those who are watching the news and seeing the death tolls rise, and even adding some new phrases to the lexicon, like ‘driveway signing.’ 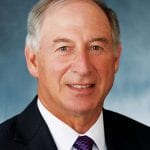 “Everyone knows someone who knows someone who has the virus, and they’re worried — about their parents, their brothers, their cousins … somebody. And there’s more people sitting at home with less to do; they’re paying attention to this and thinking about it. The news is very distressing, and people are responding to it.”

That’s the phrase Liz Sillin, an estate-planning specialist with Springfield-based Bulkley Richardson, summoned as she talked about one of the more challenging aspects of this development: documents need to be signed and notarized, and at this moment (things may well change), Massachusetts does not allow electronic signatures for such documents as wills and healthcare proxies.

That’s why there really are signings in the driveway — and with all the proper precautions taken for preventing or at least minimizing the spread of the virus.

“We take as many steps as possible to keep us all away from one another and not cross-contaminate the paper,” said Sillin, who has now been part of a few of these elaborate exercises, which involve the lawyers and four participants — the party creating the document, two witnesses, and a notary. “Everyone brings their own pen, and everyone steps back while one person signs, preferably without touching the paper with his or her hand. We use lots of hand sanitizer; we use a clipboard, and we sanitize the clipboard. It’s kind of a bizarre process, but there are people for whom getting these documents done is paramount, and if remote signing isn’t legal, this is the only way we can do it.” 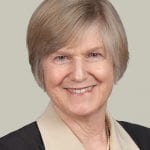 “Everyone brings their own pen, and everyone steps back while one person signs, preferably without touching the paper with his or her hand. We use lots of hand sanitizer; we use a clipboard, and we sanitize the clipboard. It’s kind of a bizarre process, but there are people for whom getting these documents done is paramount, and if remote signing isn’t legal, this is the only way we can do it.”

Mike Simolo, an estate-planning specialist with Springfield-based Robinson Donovan, who, like most all of his counterparts, has taken part in a few driveway signings himself, agreed. And, like others we spoke with, he said that, while it’s unfortunate that it took a pandemic to get people to do what they should have some time ago, he’s glad that many have been motivated to get this important work done.

“People who had been putting this off for one reason or another are suddenly deciding not to put it off anymore,” he said. “They’re calling up, hoping to get a plan a plan in place sooner, rather than later.”

With the accent on sooner.

And while their phones are ringing more often, those we spoke with noted that they are apprehensive that some, in an effort to get something done, and in a hurry, will take shortcuts, perhaps visit one of the legal websites out there, or, worse still, take the DIY route.

“This is LegalZoom’s dream situation,” said Simolo, referring to the popular website that provides legal assistance. “People are waking up, watching the news, and realizing, ‘I don’t have anything.’”

He said that, while people can certainly take that route, he projects that many who do will leave out something or make a mistake that could have serious implications later, when loved ones are left to settle an estate (more on that later). 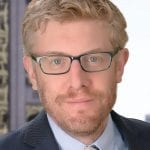 “People who had been putting this off for one reason or another are suddenly deciding not to put it off anymore. They’re calling up, hoping to get a plan in place sooner, rather than later. ”

For this issue and its focus on estate planning, BusinessWest looks at how the COVID-19 pandemic is prompting many to get important estate-planning work done, and how the legal community is responding.

Where There’s a Will…

As she talked about her greater workload and when and why it came about, Gina Barry, another partner and estate-planning specialist with Bacon Wilson, used the story of a pharmacist at one of the local hospitals — an individual with a number of the health risks that make him especially vulnerable to the virus — to touch on a number of the relevant points in this intriguing development.

“He’s working long hours in the hospital,” she said, “and he was terrified — and he probably still is — that, because of his high-risk concerns, he would be one of those who would contract the virus and not survive it.

“We started his plan a few years back,” she went on. “Recently, he e-mailed me and said, ‘I have no right to ask this, given that I delayed a bit, but can you rush?’ And I said, ‘absolutely, I can rush.’ I dropped everything and got it done.”

Continuing that story, Barry said this individual managed to get the notary from the hospital and two of his co-workers together to sign these documents, and she Zoomed in for the gathering to make sure everyone was signing in the right place.

As noted, this anecdote touches on a number of the many elements of this story, from the fear exhibited by healthcare workers to the need to move fast; from the logistics involved with getting a signing done to the technology used by lawyers to get the documents signed, sealed, and delivered.

And it’s a story that is now playing itself out countless times across the region.

Indeed, while not everyone calling to write or update a will or a related document is in healthcare — and the lawyers we spoke with said these individuals have been given first priority — most everyone is terrified. And they’re also in a hurry.

And, for the most part, estate-planning specialists are able to accommodate them.

Simolo said a process that might normally take several weeks can be expedited and handled in perhaps a week to 10 days, with a fairly simple will being done in just a few days.

Meanwhile, many of these wills and other documents — living wills and healthcare proxies are also being sought — are being created in what would be considered non-traditional ways. Indeed, since face-to-face meetings are all but out given new social-distancing guidelines, estate-planning specialists are using the phone, Zoom, and other vehicles for communicating with clients and getting documents reviewed.

“People don’t care about coming in now,” said Darling. “They’re happy to do the telephone messaging, e-mails, Zoom … as long as it gets done, they don’t care if they meet us in person.”

Interest in getting documents written and notarized is especially acute among those in healthcare, and often it’s those individuals’ loved ones who are getting the ball rolling.

“I’ve been contacted by the husbands and wives of doctors,” Simolo said. “They’re saying, ‘let’s get this done as soon as humanly possible.”

Sillin agreed, and noted that there is interest among those old and young to have their affairs in order.

“Just today, I got a call from someone who is a doctor — he’s very young and has a young family,” she explained. “He’s in a facility that has cases around him, and he’s like, ‘yikes, I have to do something.”

But interest is across the board, said those we spoke with, adding that some of those calling are finally getting around to having these documents written, while others are realizing that the ones they have are dated and need to be made current.

“People are at home reading about nothing but COVID-19,” said Sillin. “They begin to contemplate this aspect of life, and we’ve been getting a lot of calls from people of all ages who want to get going on some estate planning.”

“It’s mostly been people who don’t have a plan in place or had a plan in place 25 years ago, when the kids were 3,” said Simolo. “Now, the grandkids are 3 — that kind of thing.”

But while those we spoke with are certainly pleased that their phones are ringing more — for themselves, but especially for their clients — they are concerned that many may try to do this work online or even draft something themselves.

“It’s been my experience that, nine times out of 10, something’s missing from those documents,” said Darling, adding that, in many other cases, documents are not signed properly. “You get what you pay for, and mistakes made now can be very costly later — not for the deceased, but for their loved ones; litigation is very expensive in a will contest, not to mention the emotional stress that it brings on family members.”

Barry agreed and summoned an analogy she’s used many times during her career — too many to count by her estimate — when talking about do-it-yourself wills and related documents.

“You can pull your own tooth, too,” she said. “But would you rather visit a dentist or tie a string to a doorknob and try it that way?”

Finishing her story about the pharmacist in one of the local hospitals, Barry said that, at the conclusion of the signing — which, again, she witnessed via Zoom — she asked her client if he now had some peace of mind.

“He signed, and his shoulders must have dropped like four inches visibly,” she told BusinessWest. “They were up around his ears, and he just relaxed and dropped his shoulders. And I said to myself, ‘this is why we’re doing this.’”

And doing a lot of this.

There aren’t very many bright spots to be found in the midst of this pandemic, but this is clearly one of them. People across the region are becoming proactive and getting needed documents in place.

And that’s allowing many more people to sigh, relax, and drop their shoulders.