As a Shipping-solutions Company, AST Delivers for Its Customers 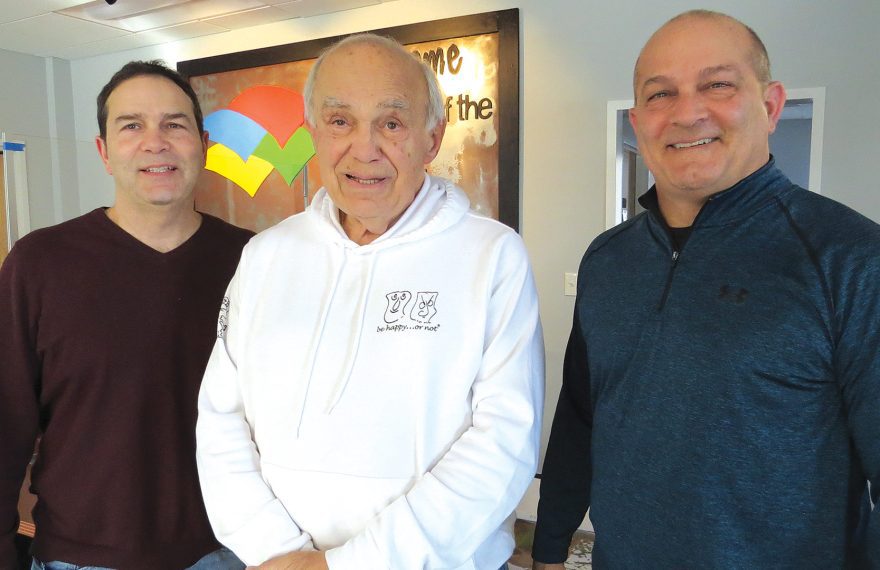 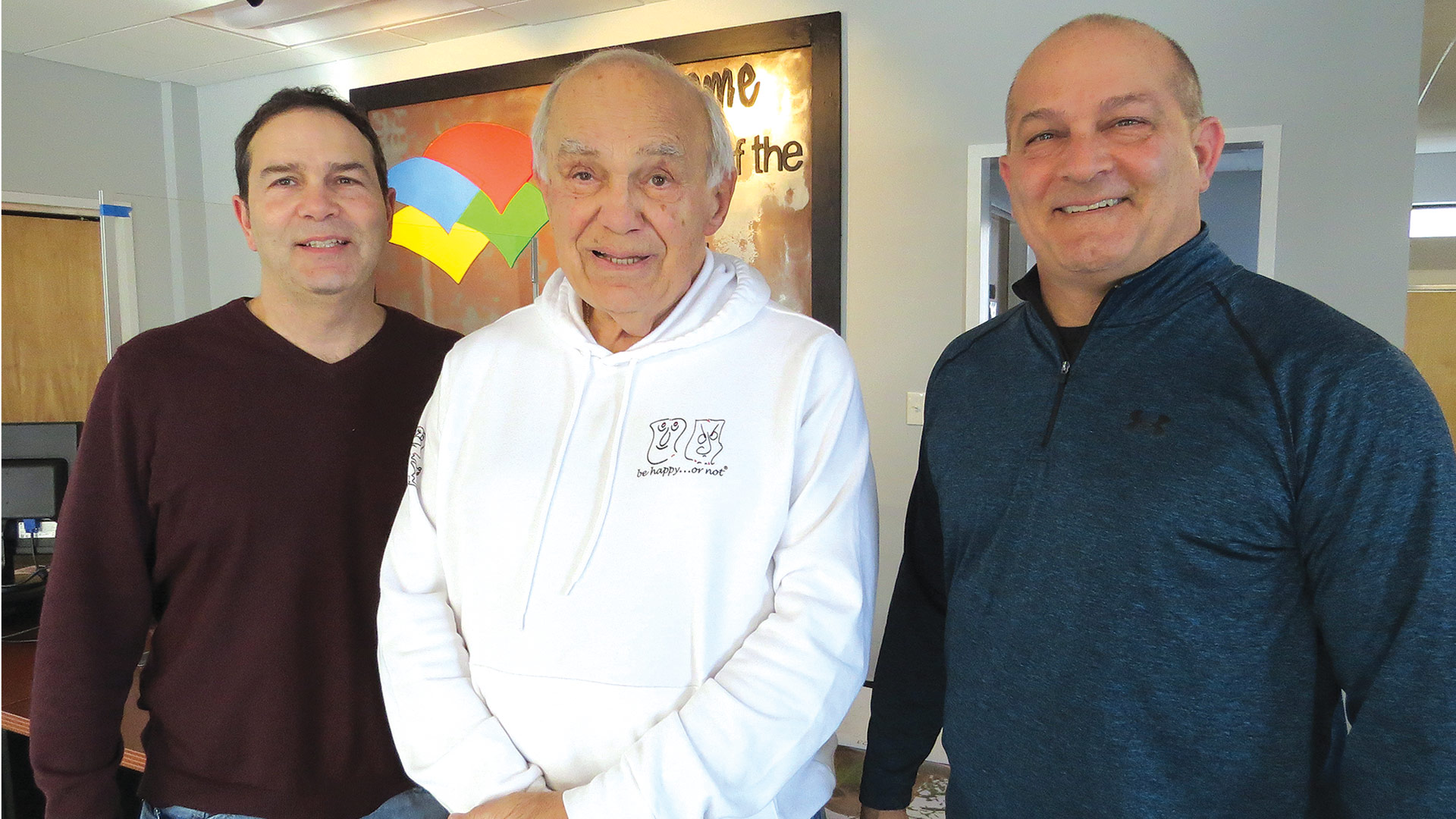 Billy Kingston says the global shipping business has historically been an ultra-challenging, often-misunderstood sector of the economy, one defined by heavy competition, demanding customers, unseen twists and turns, and a landscape that can, and does, change quickly and often.

And that was before COVID and the manner in which it eventually turned the supply chain on its ear, inflation, the war in Ukraine, higher tariffs on many goods, a workforce crisis, soaring fuel prices, remote work, and everything else that has happened over the past few years.

Summing it all up, Kingston, president of All States Transport, better known as AST, said this has certainly been a tumultuous and very difficult time for this industry, one that AST has withstood because of all it can bring to the table, especially (in his case) a half-century of experience, but also a deep, talented core of employees, connections around the globe, and, most importantly, a commitment to delivering for customers and going the extra mile.

Those are both industry terms, sort of, but they help explain why AST, a domestic freight broker and international freight forwarder, terms that are self-explanatory, is able to stand out in a sea of competitors, both domestically and globally, in a business where firms are tasked with getting things from here to there — or there to here — in a timely fashion.

Elaborating, he said the keys to success for any company in this business are flexibility, the ability to move quickly and effectively, establishing trust with customers, and amassing a track record for success in delivering for clients, in every sense of that phrase.

“We arrange for transportation of goods to and from our customers anywhere in the world,” said Kingston, offering a simple explanation for work that is anything but simple. “The domestic side of the business is how we started way back, and that side of it is very active. The international side has been growing over the years and doing well; we move freight internationally by land and water.”

“We have so many great customers … if you’re upfront with them, they’re going to be upfront with you. That way, you can work through things, because transportation is nothing if not problems that have to be worked through.”

“It’s a rugged business with real issues, and we live them,” continued Kingston, who leads a staff of 20 along with his sons, Chris, vice president of International Services, and Tim, vice president of Domestic Services. “Through all of the ups and downs of the economy, fuel issues, and supply-chain woes over the past few years, it has just been very challenging.

“For us as a company, it has been our best period of time, business-wise,” he went on. “But it’s also been the most difficult to operate in.”

In a wide-ranging interview, the Kingstons pulled back the curtain on an industry that few outside really know, one that is settling back into something approaching what was happening before the pandemic, although no one came close to using the word ‘normal.’

“The spike was just amazing, and at that price, you were bidding, and hoping, to be able to get a container, and then hoping to get a spot on a ship to come this way,” he said, adding that the impact of the many issues within the shipping industry on inflation and the general economy cannot be understated.

As he talked about the global shipping business, Chris noted that, like other sectors of the economy, this one has a language all its own, with an alphabet soup of acronyms.

Learning this language and helping clients understand it is just one of the many nuances of the global shipping business, said Billy, who got his start in it back in the mid-’70s, working in sales for several different national trucking companies as well as an international freight forwarder.

After working in the business for many years, he decided he knew it well enough, and had enough solid connections, to strike out on his own. He started All States Transport in the basement of his home in the Forest Park section of Springfield in 1985. 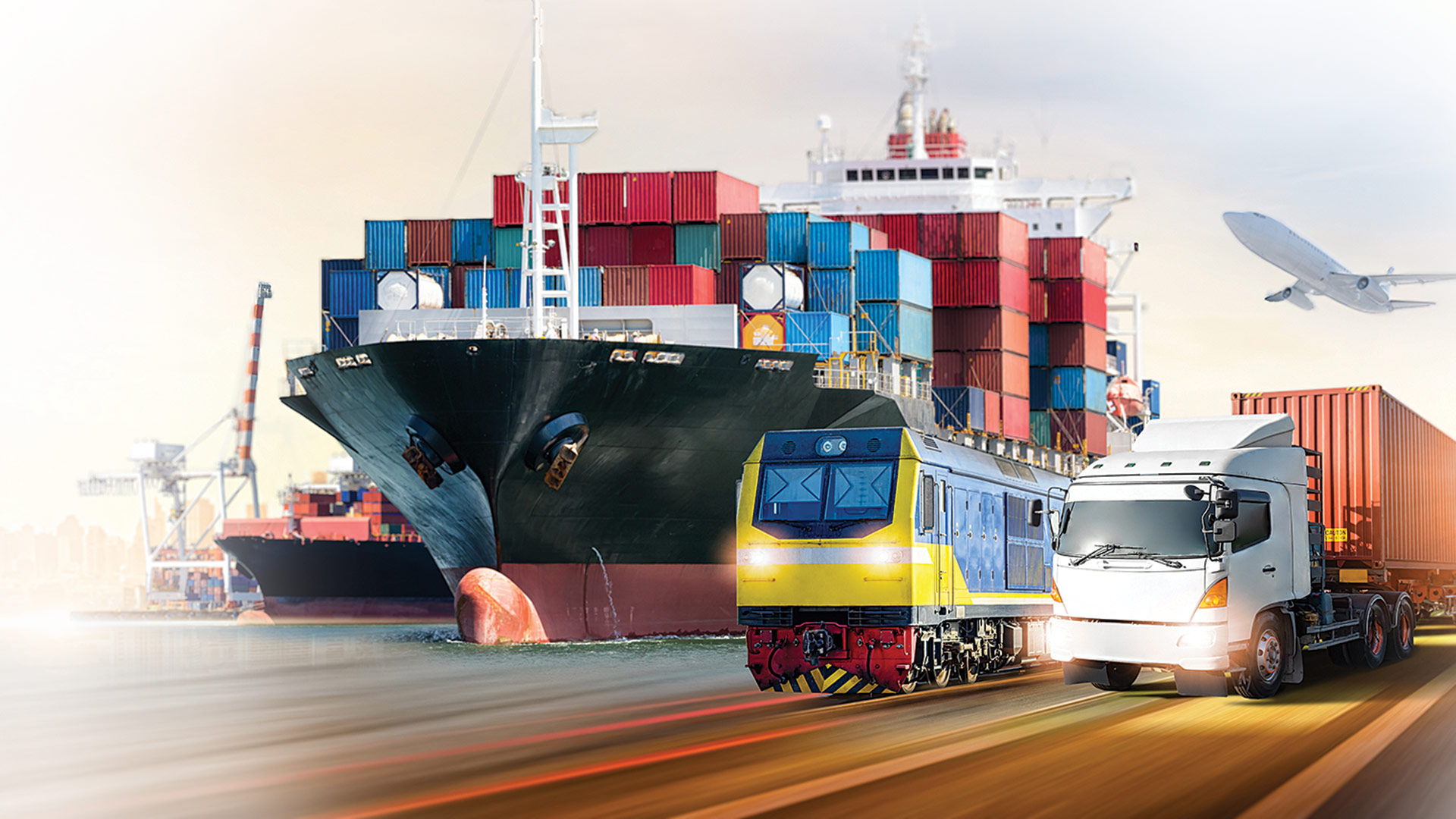 The global shipping industry is highly competitive and ever-changing, and the pandemic only added several additional layers of challenge.

For the first year or so, it was a one-person operation that eventually moved into a small office in Market Square in downtown Springfield, adding employees as it continued to grow and expand its portfolio of clients, many of which have stayed with the company through its history.

The company had a few different homes — as well as its own small trucking company, which it operated out of property on Avocado Street in Springfield for several years — before settling into its current location on East Columbus Avenue, the former home to the Leonard Gallery and Sam’s Glass.

For the past 15 years, AST has also operated a small office in Miami. At one time, it also housed a trucking operation there, but that, like the one in Springfield, became difficult to manage. So, in both locations, the company has returned to its roots — and its routes — as a freight broker and forwarder.

“When the pandemic hit, because there was so much uncertainty in the general economy, you saw companies all over the world closing down and canceling orders that had been in place for a long time.”

As he explained the operation, Billy said that, in a nutshell, AST goes about finding global shipping solutions for its many kinds of clients, most of them manufacturers. About 80% of the company customers are based in Western and Central Mass., Northern Connecticut, and Rhode Island, he said, with the rest spread out over the country.

As a broker, AST will work with a client to secure the shipping of goods to or from their business. To do so, it works with trucking outfits across the region and around the country, as well as rail-service providers and sea and air carriers. What separates the many (as in thousands) of competitors in this field is their ability to make and maintain connections with carriers, know and understand the market, move quickly (many clients want same-day service), and deliver on both price and quality of service.

And all this requires an experienced, talented workforce. “You need a staff that is familiar with the marketplace and has all the tools and technology they need to succeed,” Billy explained. “It’s a fast-moving, time-sensitive, rate-conscious industry — that’s what it’s about.

“We have other customers that we’ve done business with for years and years … they don’t ask us for rate on every load,” he went on. “In many cases, we have the ability with those customers to move up or down as we need to, to service their needs and ours. And that only comes from years of good faith and years of trust, built up between us and our customers because they know that if we need to add extra dollars to a rate, there’s a good reason for that. They also know that if we can reduce that rate, we’re going to do that, and we do this as often as we can.”

Beyond rates, successful freight brokers and forwarders need to have a thorough understanding of the players in the shipping field, where they operate, and how, said Tim Kingston, adding that AST works with trucking companies across the country.

“And we need to, because trucking companies, by their nature, and by their history, generally service certain sections of the country,” he explained. “Some will go anywhere, but a lot of them carve out a part of the country that they want to service for their business needs. You learn those, and when you have freight moving to South Carolina, you know where to start.”

Chris agreed, and said one constant for the company through the years has been to apply an established set of values and principles and to effectively partner with clients and communicate with them — another must in this business.

“If you have good news for a customer, give them good news; if you have bad news, something’s gone wrong, let them know early, communicate that, and try to work through problems,” he said. “We have so many great customers … if you’re upfront with them, they’re going to be upfront with you. That way, you can work through things, because transportation is nothing if not problems that have to be worked through.

“Sure, 60% of your loads are going to go without a hitch,” he went on. “The other 40% … that’s where the real work is, so we try to apply the same values across all our different sectors.”

This combination of experience, built-up trust, and ability to adjust to rapidly — and often profoundly — changing conditions, has enabled AST to not only thrive for the past four decades, but also persevere through this recent, and ongoing, period of heavy turbulence.

Indeed, as noted earlier, this challenging business has become more so — make that even more so — over the past several years with the profound changes to the landscape brought on by the pandemic.

At the top of this list were supply-chain issues that could only be described as historic, said all three Kingstons, noting that the industry was seeing explosive surges in prices for shipping containers and backups at ports around the globe. It didn’t happen overnight, but almost.

Billy explained how it all happened. “When the pandemic hit, because there was so much uncertainty in the general economy, you saw companies all over the world closing down and canceling orders that had been in place for a long time,” he said. “Manufacturers then began cutting back, as well as transportation companies — steamship lines parked vessels all over the world because the demand wasn’t there. No one had an idea when it was going to come back, and that really kicked off the fluctuation in the supply chain.”

Chris agreed, and noted that, three or four months into the pandemic, an array of colliding forces made the situation much worse.

“A lot of people were at home, and they weren’t doing the things they always did in terms of discretionary income,” he explained. “People were at home, and they bought many more things than they normally buy. And then, you had the stimulus programs, which gave people more spending money. Then … you had a lot less international shipping capacity, but a giant surge in demand. Meanwhile, you had empty containers in the wrong places that took forever to get repositioned.

This phenomenon, which has eased considerably in recent months but is still an issue, is just one of many that has contributed to this being what is considered the most volatile period ever for an industry known for volatility.

On top of everything else, the global shipping industry, like virtually every other sector, has been impacted by an ongoing workforce crisis, Billy said, adding, again, that success in this business is directly related to the quality and consistency of the people doing the work.

Indeed, many in this business, including AST, are looking for help right now, he went on, adding that, over the past several years, and essentially from the beginning, AST has made itself into what he considers a good place to work — and grow.

Elaborating, he said that, because of tight deadlines and the need to deliver, there is pressure on employees, something the company’s managers work to alleviate as best they can.

“We have some fun every day — at different times, you never know when it’s going to happen,” he went on. “And there are days when the fun doesn’t come very quickly or very often because you’re right to the wall, morning ’til night. But we try to lighten things up when we can and in whatever way we can.”