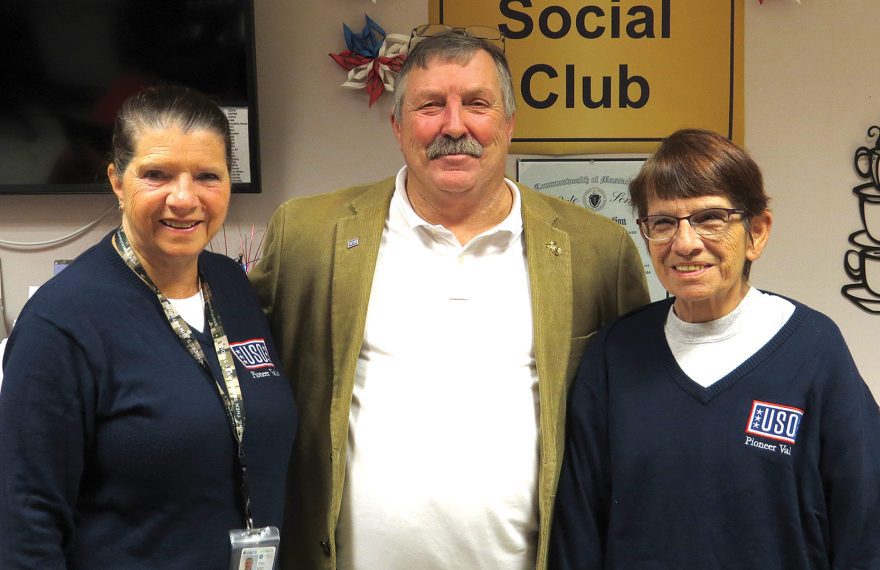 Serving Those Who Serve 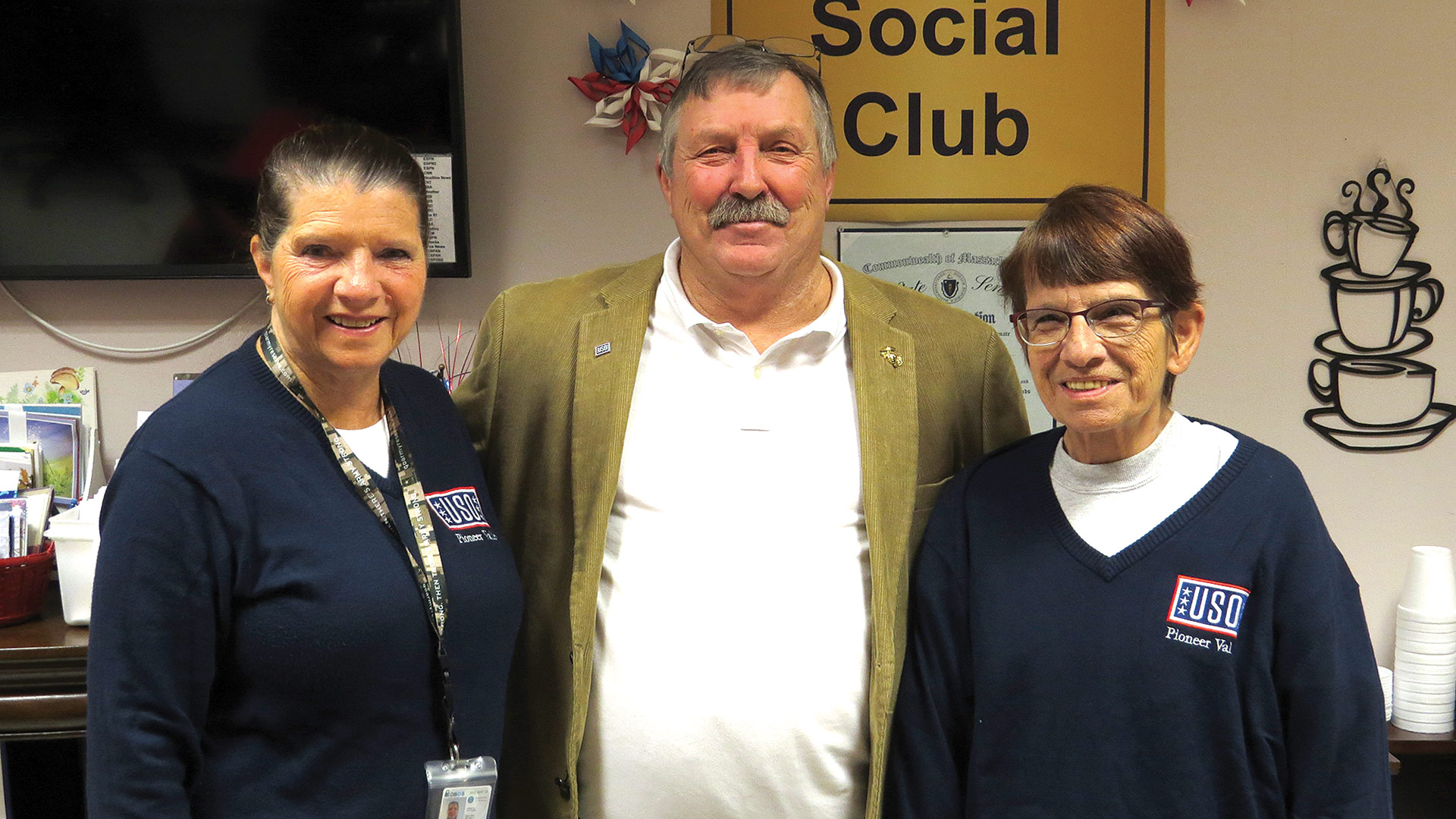 The USO (United Service Organizations) turned 80 this year. It celebrated, in essence, by enthusiastically carrying out the same mission it has had since 1941 — ‘strengthening America’s military service members by keeping them connected to family, home, and country throughout their service to our nation.’ The organization, and the local chapter based in Chicopee (Pioneer Valley USO), does this in a number of ways, from care packages to Monday night dinners at the Westover base, to a program that helps transition servicemen and women to the civilian workforce. For Al Tracy, executive director of the chapter, this isn’t a job — it’s a passion.

When Al Tracy was serving with the First Marines along the DMZ in Vietnam, the highlight of his day, week, or month — fill in the blank — was receiving a care package from home.

He would get one from his mother pretty much every month, he recalled, adding that the best thing in them was her apple pie, always wrapped in tinfoil, which was almost as precious — and welcome — as the food.

“We needed that tinfoil — we would reuse it to cook things,” recalled Tracy, flashing back more than a half-century as best his memory would allow, adding that such recollections certainly help drive him in a role that is far more a passion than it is a job — executive director of the Pioneer Valley USO, housed at Westover Air Reserve Base in Chicopee.

There is no ‘interim’ next to Tracy’s title, but technically … perhaps there should be. Involved with the USO (United Service Organizations) since the ’80s, he agreed to serve temporarily as executive director when the person in that job left it roughly 15 years ago.

“They’re still looking for an executive director,” said Tracy with a laugh, adding that he likes everything about his job — except all the paperwork — and especially anything that has to do with helping active-duty servicemen and women and also veterans in need.

“I have a passion, and I love taking care of our military. I think that what they do, the sacrifices they make, are countless. You’re up all night, you don’t get weekends off … you’re stuck wherever you’re deployed. They need to know that we’re thinking of them.”

And there are many programs and services that fall into that category, from the care packages that are sent out to destinations around the globe to the Monday-night dinners the USO prepares for those serving at Westover, and also other servicemen and veterans as well (he and his staff were doing the prep work for one as he talked with BusinessWest on Nov. 1); from a program called Pathfinder that helps retiring servicemen and women transition to the workforce to providing tickets to Thunderbirds games and other sporting events.

“I have a passion, and I love taking care of our military,” he said. “I think that what they do, the sacrifices they make, are countless. You’re up all night, you don’t get weekends off … you’re stuck wherever you’re deployed. They need to know that we’re thinking of them.”

Tracy is even busier than normal these days as he coordinates a transition of sorts for the local chapter, which is giving up its independent charter and becoming part of the World USO.

“Our charter was dissolved on Oct. 1 — we’re now part of World USO. I’m excited. Maybe I won’t have as much paperwork, but I haven’t seen that yet,” he said, adding that the agency at Westover will continue doing what it’s been doing from the beginning: “strengthening America’s military service members by keeping them connected to family, home, and country throughout their service to our nation.”

That’s the official wording in the mission statement, but it’s more than words for those tasked with carrying it out. It is a passion, and one that prompts a pause for reflection as the USO, started by President Franklin Roosevelt in 1941, marks its 80th anniversary. Best known perhaps as the agency that sent Bob Hope to entertain troops in hotspots around the globe, the USO has changed over the years, and some adjustments certainly had to be made during COVID. But at its core, the agency and its purpose remain the same: it’s there to keep deployed service members, and also veterans, connected.

For this issue and its focus on veterans in business, we talked at length with Tracy about the USO, its all-important mission, and the many ways in which it is carried out.

As he talked with BusinessWest, Tracy was thinking ahead to the Nov. 27 Thunderbirds game against the Hartford Wolf Pack, a matinee, at which he will drop the ceremonial puck. It’s an assignment he’s looking forward to.

“I told them I wanted a crash helmet, so when I fall on the ice I don’t hit the back of my head,” he said, adding that the agency partners with the team to get servicemen and women discounted admission, and also tries to secure tickets (to raffle off or simply give away) for area concerts and other types of shows. 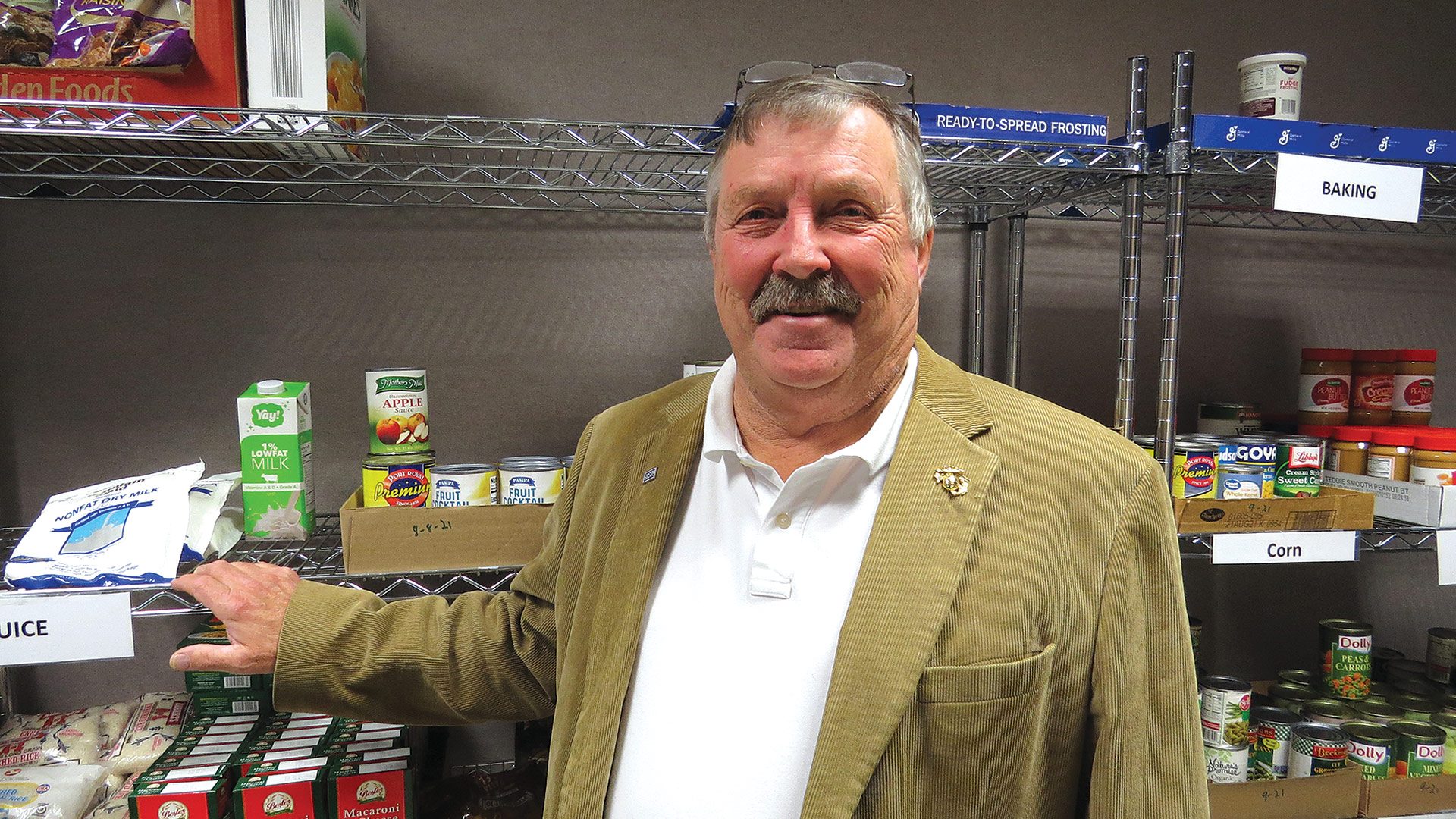 Al Tracy says the USO’s mission comes down to a simple assignment: keeping servicemen and women connected — to their family, their hometown, and their country.

Dropping the puck is just one of many rewarding aspects to a job Tracy has grown into over the past decade and a half after serving the USO in a variety of capacities, incuding board member and treasurer. Indeed, he’s put his own stamp on a position, and an agency, with a proud legacy and an important mission, one that brings him back to his time in Vietnam, which he can pinpoint with astonishing detail after all these years.

“Let’s see … 11 months, 28 days, four hours, 15 minutes, and maybe 30 seconds, but who’s counting? I was looking at my watch as we left the ground,” he recalled, adding that the best of those days were the ones when the care packages arrived. “During the war, my best buddy was my mom; she sent care packages all the time, and it was pretty awesome. Now … I’m just passing it on.”

And in all kinds of ways.

The care packages might be the best-known and perhaps the most symbolic part of the mission, he said, adding that the proud tradition is carried on today.

“It’s a wonderful organization and my favorite charity. I like everything we do — and I get to laugh everyday, so that makes it even better.”

“We have a huge care-package program,” he noted, adding that the local chapter will send them anywhere — all it needs is an address. “Those packages keep them connected to home; it lets them know people are thinking about them.”

Elaborating, he said the packages can be personalized, and many are, but there are many staples — personal-care items, beef jerky, snacks, sunscreen, and wet wipes, which can and often are used to clean weapons.

But there are many other ways in which the local USO carries out its mission, starting with the Monday dinners served at the base (the cafeteria is closed that night). There are usually 125 to 150 people who partake, including some area veterans, he said, adding that meals are delivered to those serving at guard posts, on the runways, and other locations. 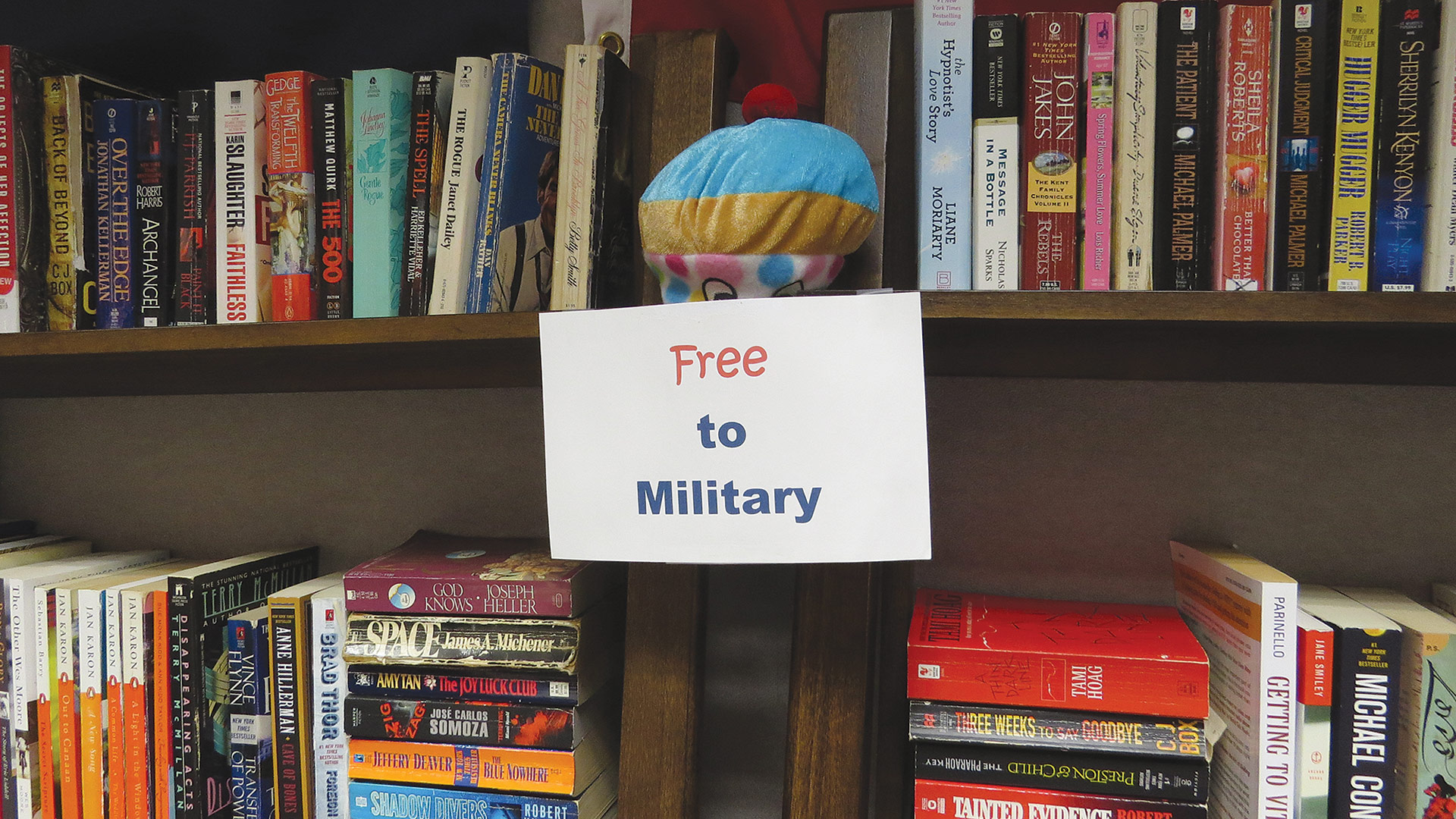 The USO facility at Westover Air Reserve Base provides servicemen and women with a number of services and needed items, including books to read in what’s known as the ‘relaxing room.’

There’s also a food pantry at which service members can buy items; that facility also provides items to veterans in need.

The agency also marks deployments and homecomings, and it will also help take fallen servicemen from the area to their final resting place. It will assist servicemen and women in transition with furniture and other needs, said Tracy, and even provide small loans to those in need.

Then there’s the Pathfinder program that assists those transitioning from the service to the workforce.

“We’ll help them put together a résumé and learn how to interview,” he explained, adding that participants in the program are assigned a ‘scout’ who will assist in a job search on many levels.

There’s also the Bob Hope Legacy Reading Program, he went on, a program that enables servicemen and women to be recorded while reading a portion of a book or poem. That tape will then be sent to a designated family on a specified date, such as the holidays.

“That’s just another way that those off serving their country can stay connected,” Tracy noted, adding that this has been the simple yet all-important mission of the USO from the beginning.

For him, as noted, it’s not a job, but rather a passion.

“It’s a wonderful organization and my favorite charity,” he said. “I like everything we do — and I get to laugh everyday, so that makes it even better.”

It’s a unique mission, and for 80 years, it’s been mission accomplished.