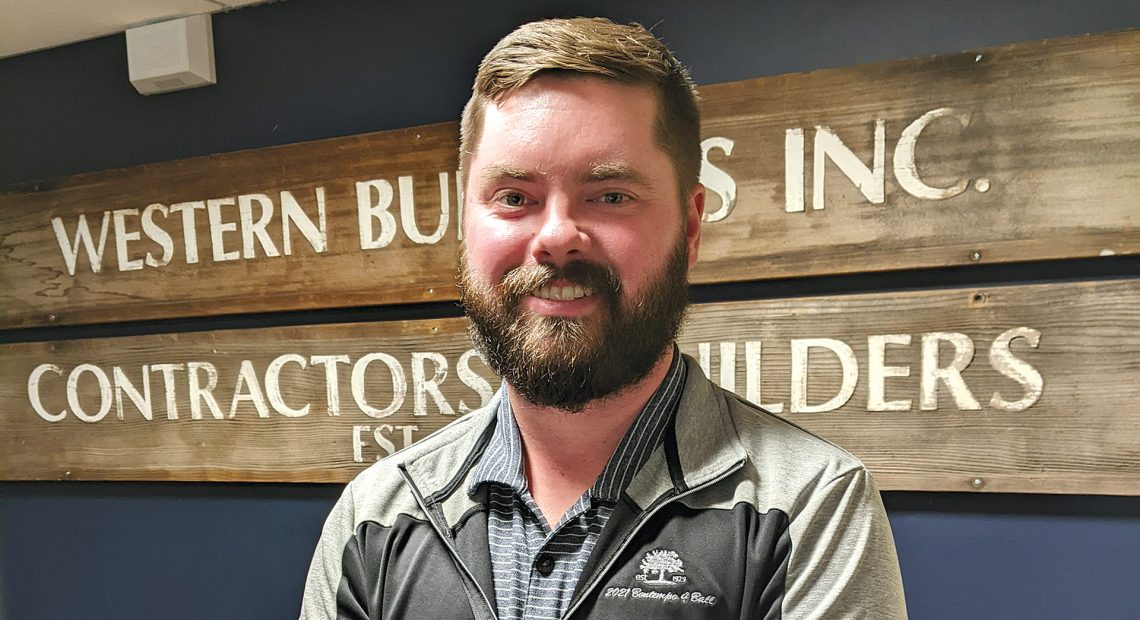 Bryan Hughes Builds on Experience as President of Western Builders 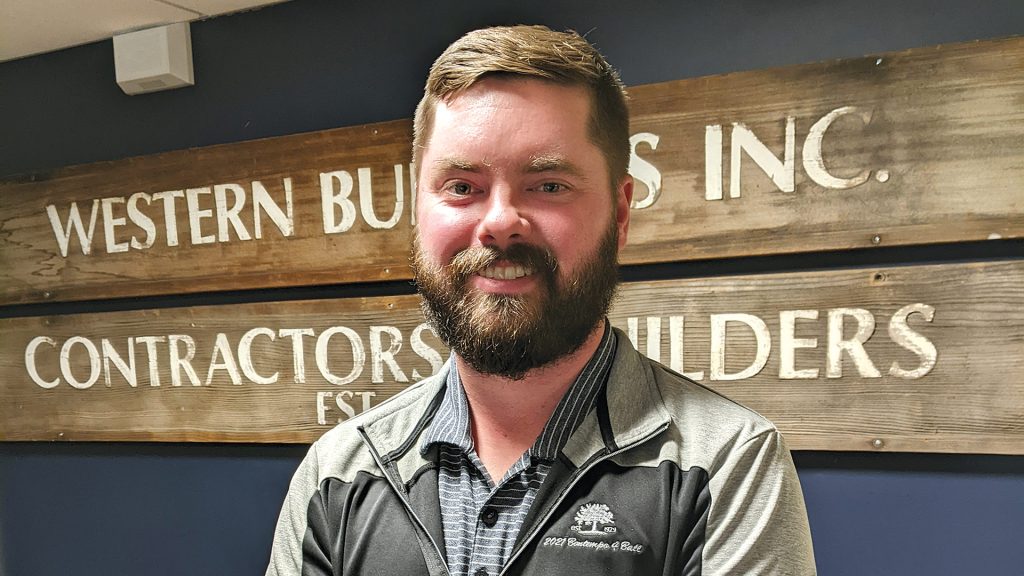 As Bryan Hughes listed off some recent projects at Western Builders, where he took the reins as president on Oct. 3, he mentioned the new Girls Inc. of the Valley headquarters on Hampden Street in Holyoke.

“I’m excited to see that project, how they’re doing in that building,” he said, “because I have some memories there.”

He certainly does, as the property was previously the headquarters of the O’Connell Companies, of which Western is one of five divisions. The main construction division, Daniel O’Connell’s Sons (DOC), is where Hughes cut his teeth in the industry and then built his experience and skillset for nine years.

While at DOC, Hughes filled numerous roles over the years, most notably as a project manager on several college and university campuses, overseeing projects that ranged between $30 million to $80 million in overall construction cost, including Dartmouth College’s Hood Museum and the UConn Athletic Village.

“We had a lot of diverse projects, and I was able to learn a lot just being in the field,” he told BusinessWest.

Construction management wasn’t his first career path, however. “I’m math- and science-based for the most part; that’s how my mind works,” he said of his enrollment at Lehigh University to study engineering. 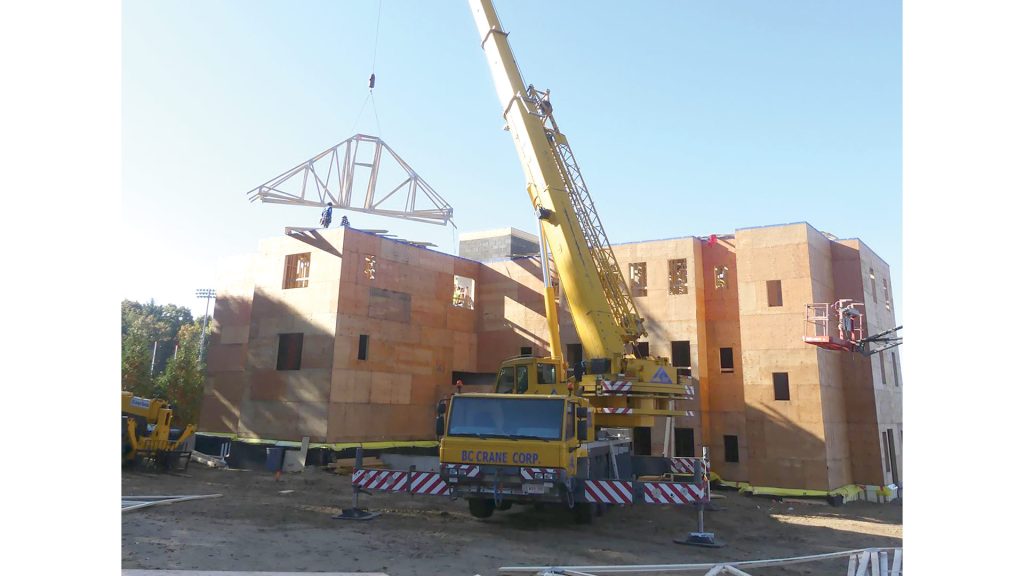 East Gables in Amherst is a passive-house project, a voluntary standard for energy efficiency.

“I landed on civil engineering because I was interested in the building side of things and heavy, highway-type construction. But when I graduated, I realized I have people skills as well that would go underutilized if I stayed in the engineering field. So construction management was a perfect fit in terms of combining the technical and personal aspects of the the construction field. And I really fell in love with it when I started with DOC.”

During his time at O’Connell, Hughes attended a hybrid program at Worcester Polytechnic Institute to earn his MBA. “That further honed my interest in the business side of things and ultimately got me interested and inspired to lead a company.”

When the opportunity came up to lead the 26-employee team at Western Builders, both Hughes and O’Connell leadership felt it was a good fit. “What led me to Western was my experience, just having a passion for construction and getting into the details of a project, both techically and in terms of relationships with clients and the community.”

“Part of what we provide as a service is to understand the issues with the supply chain and try to react to them as best we can, or at least propose solutions to owners to work around those challenges.”

James Sullivan, president of the O’Connell Companies, agreed. “We are very fortunate to have someone of Mr. Hughes’ caliber and experience, and I am very confident that Bryan will successfully lead Western and will do so with a clear understanding of our culture and reputation,” he said at the time of the hiring.

“He has exceptional operational and communication skills and is client- and employee-focused with deep leadership capabilities, proven to me in his nine-year tenure in another subsidiary company, Daniel O’Connell’s Sons,” Sullivan added. “With this renewed leadership, I am confident our best years lie ahead of us, and that Western will continue to be the builder of choice in the communities we serve.”

Hughes’s final job for DOC was managing a project in Rhode Island with the Narragansett Bay Commission, which followed a design-build project-delivery method.

“We were in control of the design process for two new buildings — the administration and maintenance buildings,” he explained. “I think design-build is a method that could be more ubiquitous in the future, combining our talents as construction managers to include the design team in that process.”

While his role will certainly change as the president of Western, his experience as a project manager on multiple large projects helped him hone his organizational and leadership skills. 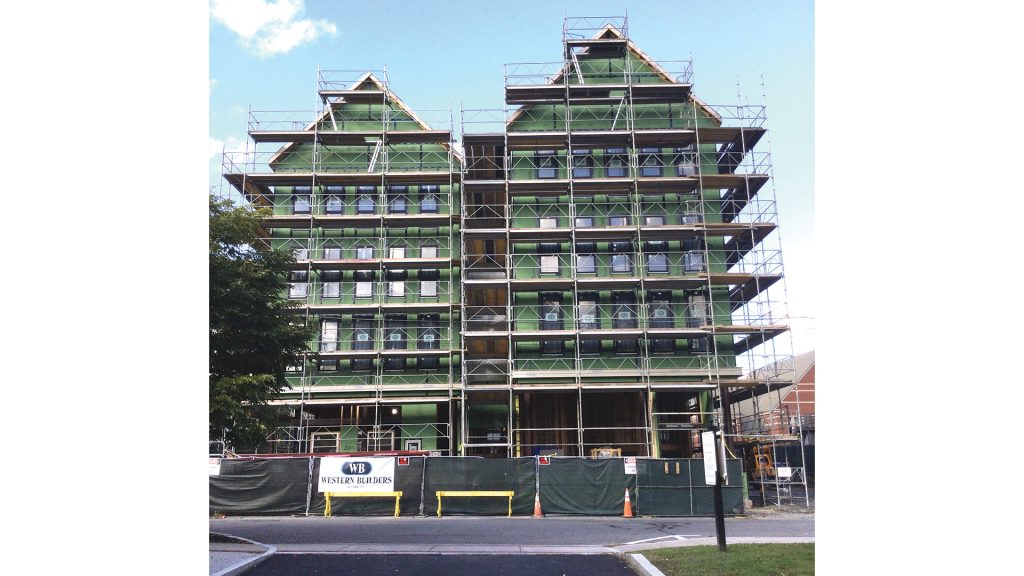 Western’s 26 Spring development is among the projects in Amherst aimed at mitigating the town’s housing shortage.

“As a PM, it’s a lot of correspondence with the design team, building a relationship with the owner so there’s a trust factor there, and just bringing the team together — working with the superintendent to nail down a schedule and keeping subcontractors accountable.

“Inevitably in the construction industry, things come up, so PMs manage the change-order process as well and how to solve problems on behalf of the owner, and come up with solutions to those problems,” he added. “We provide the service for the owner so they feel a comfort level going into a project and through that project — we’re kind of looking out for their best interest.”

Hughes takes over at a company that has built a strong reputation in recent years in commercial housing projects, including two in downtown Amherst in partnership with Archipelago Investments that are attempting to fill a critical shortage of housing in town — an issue many municipalities are facing.

“There’s a lot in the pipeline in the housing sector,” he added. “That’s one thing people come to us with — people trust us based on past performance in the housing market, or the commercial-housing space,” he said. “We’re working with some developers now on some other potential properties, all in Western Mass. or Connecticut.”

While Western boasts a wheelhouse of sorts in housing, “we have the capability and the capacity to broaden those horizons and take on more challenging projects because of the experience level of our people,” he added, noting, as examples, a current project to build a PeoplesBank branch in South Windsor, Conn., and the firm’s work a few years ago to renovate the Basketball Hall of Fame and update the weatherproofing of its signature sphere, panel by panel.

“Developers and owners come to Western and ask us to help them with their projects because we have close-knit roots in the area,” Hughes went on. “And what I’ve really learned to love about Western is the sense of feeling comfortable and at home and part of the community. That makes Western more attractive to a lot of developers who are coming from New York City or Boston or all over the country to develop Western Mass. And I think we’re ready to take on the challenges of guiding those folks through that journey to develop the area.”

“If we have a plan to grow as a company and take on some of these challenging projects, we’re going to need more people to do that, especially as some of our highly talented, very experienced people start to retire. In terms of age demographics, there are more people going out than people coming in. So that’s a tide that’s working against us too.”

An increasing number of such projects involve passive housing, which is a voluntary standard for energy-efficiency in a building, he added. “We see that as a space that’s going to continue to grow. So, when I mention developing Western Mass., there’s a smart and climate-conscious way of doing that.”

While Hughes sees opportunities to grow the business at Western, he’s also dealing with the same inflation and supply-chain issues plaguing all other companies in this sector.

“The supply chain has been a challenge for us and for a lot of our competitors for sure,” he told BusinessWest. “Part of what we provide as a service is to understand the issues with the supply chain and try to react to them as best we can, or at least propose solutions to owners to work around those challenges. It’s nobody’s fault … it’s just another thing that has come up in the industry, like everything Western has dealt with for the past 45 years or so — just another bump in the road. It too shall pass.”

The hope is that price pressures will ease sooner than later, of course. “I think there will be some level of plateau, especially with interest rates going up, and hopefully the broader industry can find that balance of prices that are acceptable for everyone so that owners and developers still want to do business, still want to proceed with their projects. And I think we’re on that path for sure.”

As he looks to future growth, Hughes faces another national headwind — the challenge of hiring and retaining a workforce in a tight market for employers.

“Just like every other company around, we can always use more good people; it’s hard to find help,” he said. “If we have a plan to grow as a company and take on some of these challenging projects, we’re going to need more people to do that, especially as some of our highly talented, very experienced people start to retire. In terms of age demographics, there are more people going out than people coming in. So that’s a tide that’s working against us too.”

But he’s hopeful about the younger generation, noting that he attended an awards gala at Springfield Technical Community College earlier this month, and “we heard some stories about the students there and their willingness and excitement to get out into the industry. I think there are a lot of good opportunities for young people — at STCC, Bay Path, Westfield State, Putnam, even up at UMass there’s a building and construction technology program. That’s a lot of young people I hope are willing and excited to stick around Western Mass.”

Originally from Rhode Island, Hughes chose this region as well, as did his fiancee, an Ohio native whom he met playing dodgeball in Northampton seven years ago; they’ll marry in April.

“When I started working with DOC, I was able to find a home in Western Mass.,” he said. “I really enjoy this area of the country and hope to stay here for many years to come.”

He remembers first settling down here and those early days at O’Connell, when he was one of those young people excited to get started in construction.

“I really considered the older, more experienced people role models for me, listening to their stories. Coming up through the ranks as a laborer doing physical manual labor and working up to being a superintendent, those types of stories really inspired me; I knew I could learn a lot from those people. So while a lot of our more experienced people are on the way out the door, the more people we can bring in to learn from them before they’re gone, the better-positioned Western will be for the future.” 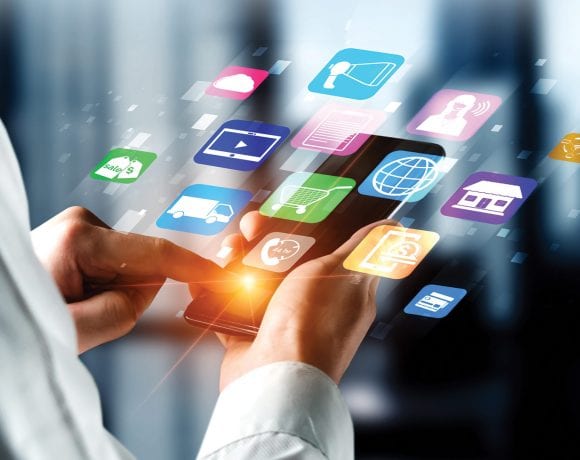 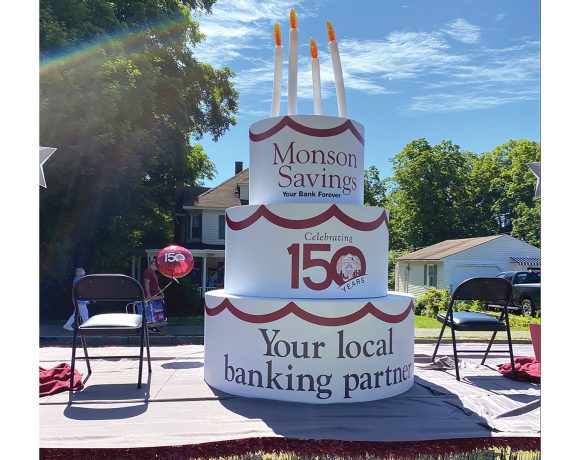 Monson Savings Celebrates 150 Years — and its Place in the Community