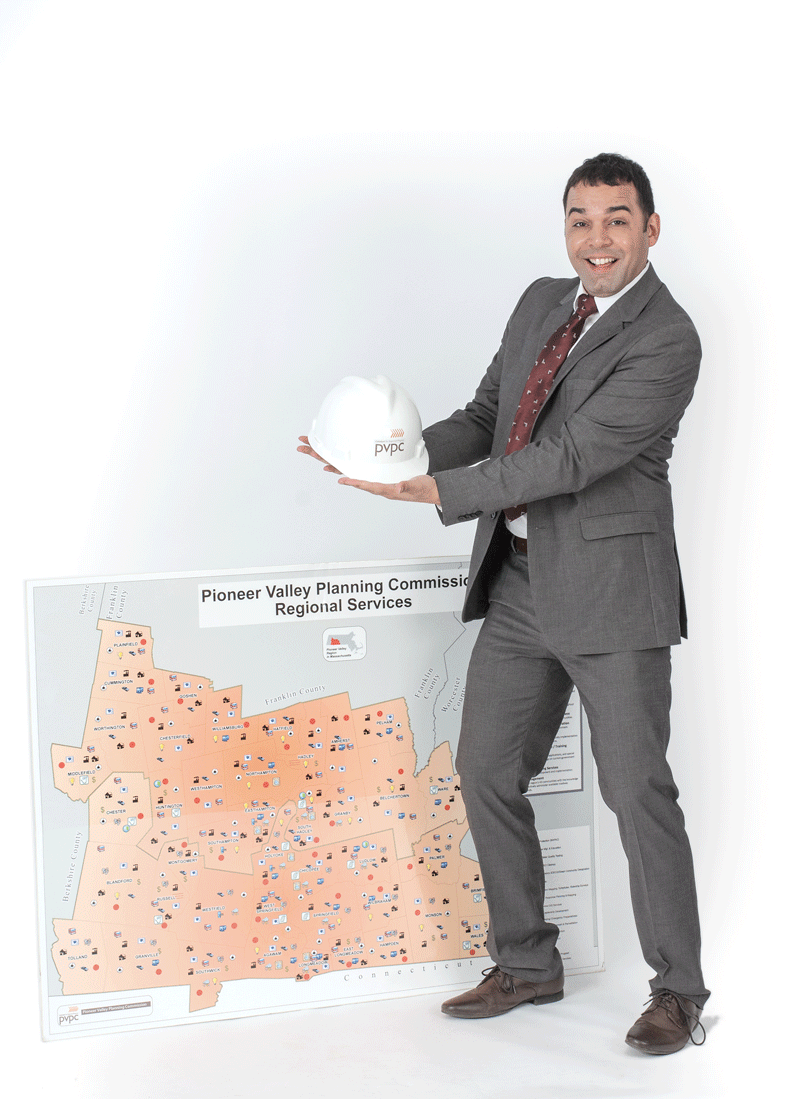 A quick look at Joshua Garcia’s résumé reveals a deep commitment to the community — and especially his hometown of Holyoke.

Indeed, he has served on the city’s School Committee — a role he reluctantly relinquished after moving out of his ward to accommodate a growing family — and currently serves as board chairman for Nueva Esperanza, an agency devoted to promoting entrepreneurship and spurring economic development in the city. Over six years, he served in a number of capacities for the Holyoke Housing Authority, and he has officially announced his plans to run for city treasurer this fall.

But while Holyoke is his passion, the region is, well, his new job — at least in a manner of speaking.

Since June 2013, Garcia has been serving the Pioneer Valley Planning Commission as municipal services coordinator. In that role, it is his responsibility to coordinate collaborative partnerships between the PVPC’s 43 member communities and provide project-management expertise. He’s also tasked with providing technical assistance to local governments to facilitate what he called “cross-jurisdictional shared municipal opportunities” with the goal of reducing costs and improving service efficiencies.

“My role is to get municipalities to cross-collaborate in order to share resources,” he explained. “When it comes to specific municipal functions of local government, be it inspectional services or public health … instead of communities focusing on trying to provide these themselves, we encourage them to work with a nearby municipality and share resources.”

As examples, he cited a scenario where two communities, each paying a part-time inspector, could collaborate and together hire one full-time employee, and another where smaller towns could share a full-time public-health nurse. In both cases, the participating communities would save money.

And such creative steps will become necessary in the years to come, he told BusinessWest, because municipal budgets are getting increasingly tighter. “It’s about trying to bring regional solutions to local issues.”

While concentrating on the region, Garcia is also firmly focused on family. His twins are now 3 years old, and his wife, Stefany, has battled back from a bout with lupus that nearly claimed her life.

“They worked a miracle there,” he said of the doctors and nurses that treated Stefany. “And all of this has shifted my priorities; I’ve been focused on family and creating a bright future for them.”

He’s doing the same for Holyoke — and the region.