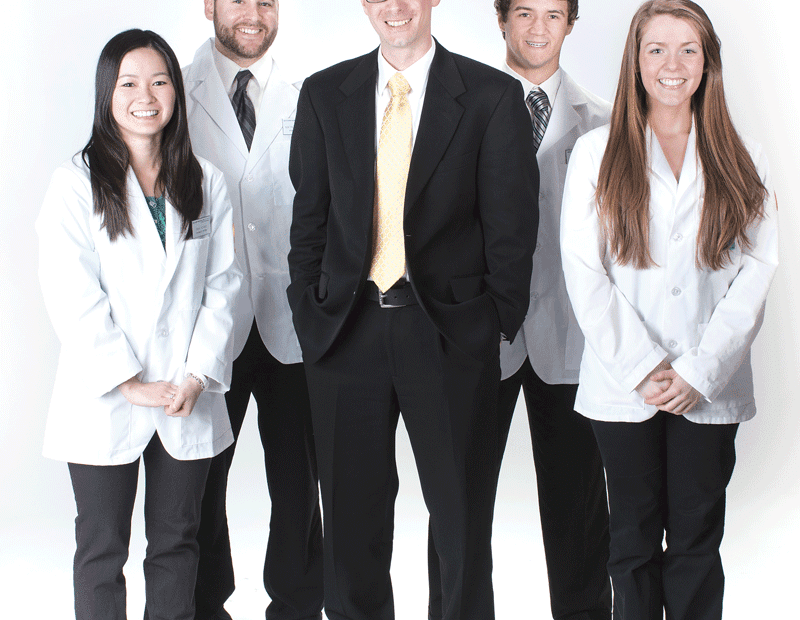 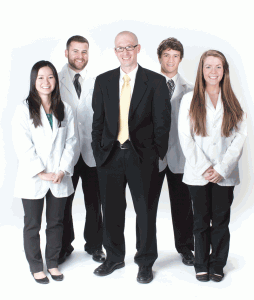 For Joshua Spooner, taking a position at the nascent WNEU College of Pharmacy was a chance to get closer to home, as he and his wife both grew up in New England.
“I was working at the Philadelphia College of Pharmacy when I learned they were going to open a college of pharmacy here at Western New England, and I was very excited about that,” he said.
Once on board, he was part of a group that built the program from the ground up. He helped develop the faculty-student advising program, the student handbook and college organizations, and various marketing and promotional materials. More recently, “my role focuses on the admissions aspects, developing criteria for evaluating candidates for admission,” resulting in an initial class of 75 last fall.
“I also teach a couple of classes to first-year students: Introduction to Pharmacy, showing the different career avenues a doctor of Pharmacy degree can provide for them, and I also teach Health Policy and Delivery, which ties into my master’s degree in Health Policy,” he noted.
Spooner finds time for civic involvement, including support of food drives at his church, where he’s an assisting minister, and he also runs a sports Web site. But he devotes most of his time to building on the early promise of WNEU’s newest major.
“I have fun. No two days are the same,” he said. “I love being with the students — their energy is infectious. I’m not that old myself, but being around them keeps me feeling young and vibrant.”
He also recognizes the vibrancy of his chosen field; the U.S. Bureau of Labor Statistics forecasts the need for an additional 70,000 pharmacists over the next decade, a 25% increase. That potential can’t hurt his efforts to draw top pharmacy students to WNEU.
“I’m very happy where I am right now,” he said, noting that health care in general is heading into a challenging but exciting new era. “As the population ages, there’s always going to be demand for skilled individuals in the health care field, whether it’s in pharmacy, medicine, nursing, whatever.”
— Joseph Bednar

The Suspense is Building