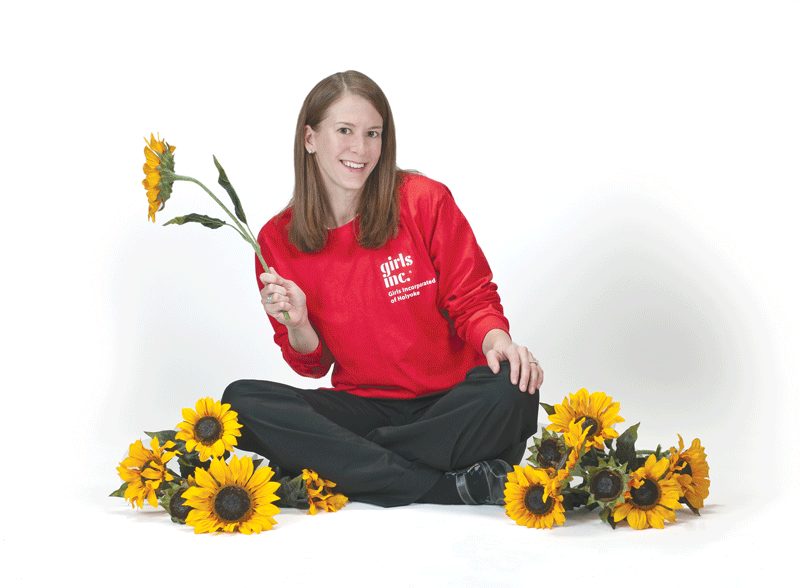 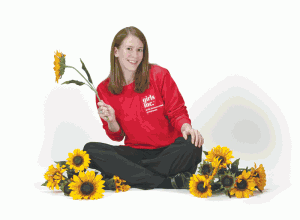 Kristen Pueschel was talking about her first appearance in the Holyoke St. Patrick’s Day Road Race, but the words she chose to describe her successful completion of the 6.2-mile run would apply to just about everything she does at her job and in her life.
“It’s been a personal goal of mine to do it for years,” she said. “I don’t like being a spectator; I like to get out and do things, so I said to myself, ‘go do it, and do the best you can.’”
She certainly takes this attitude in her position as assistant vice president and secondary market officer at PeoplesBank, where she wears many hats, including that of founding member and current chairman of the Environmental Committee, and also in her extensive work within the community. This includes everything from service on the board of Girls Inc. in Holyoke to membership in Kiwanis International, to participation in the bank’s financial-literacy program in local schools.
And you could say it applies to her personal life as well: she’s engaged to PeoplesBank colleague Xiaolei Hua, with the wedding planned for November.
All this adds up to a complicated balancing act and an extreme exercise in time management, but Pueschel is more than coping — she’s excelling. At PeoplesBank, she started as an intern in the Commercial Loan Department and, later, while overseeing the department, was responsible for new-product development, rolling out a loan-origination software to the bank’s branch network and assisting in the launch of an online home-equity application for consumers. She has been a key contributor to the bank’s strategic plan and a valuable player in its Mortgage Think Tank initiative, which resulted in the revamping of the consumer-lending department.
With the Environmental Committee, she has taken charge of developing earth-friendly policies and procedures at the bank, and played a lead role in the creation of the LEED-certified branch in Springfield.
All this, plus her community work, is packed into each work week. “The weekends — they’re for family,” she said, meaning both hers and Xiaolei’s.
That doesn’t leave much time for spectating, which suits her just fine.
— George O’Brien