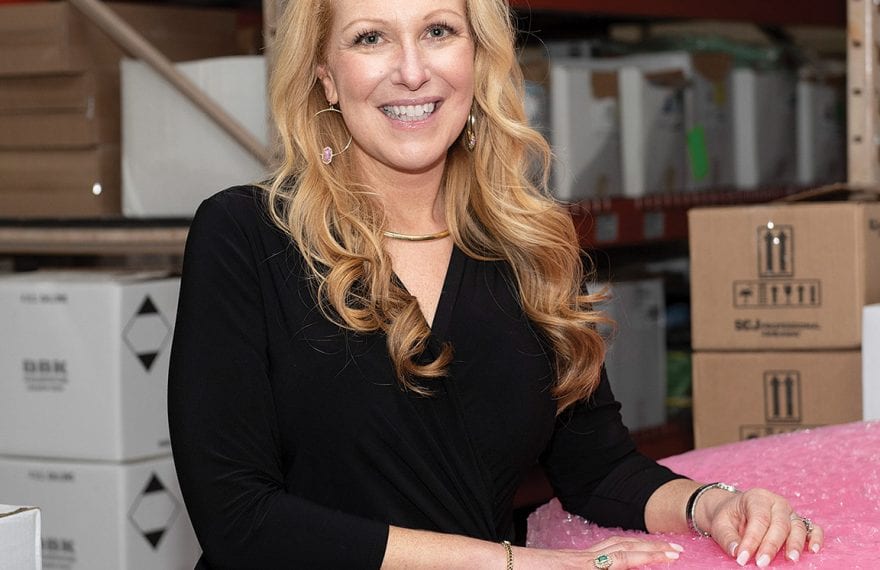 She’s Fighting to Find a Cure for Metastatic Breast Cancer 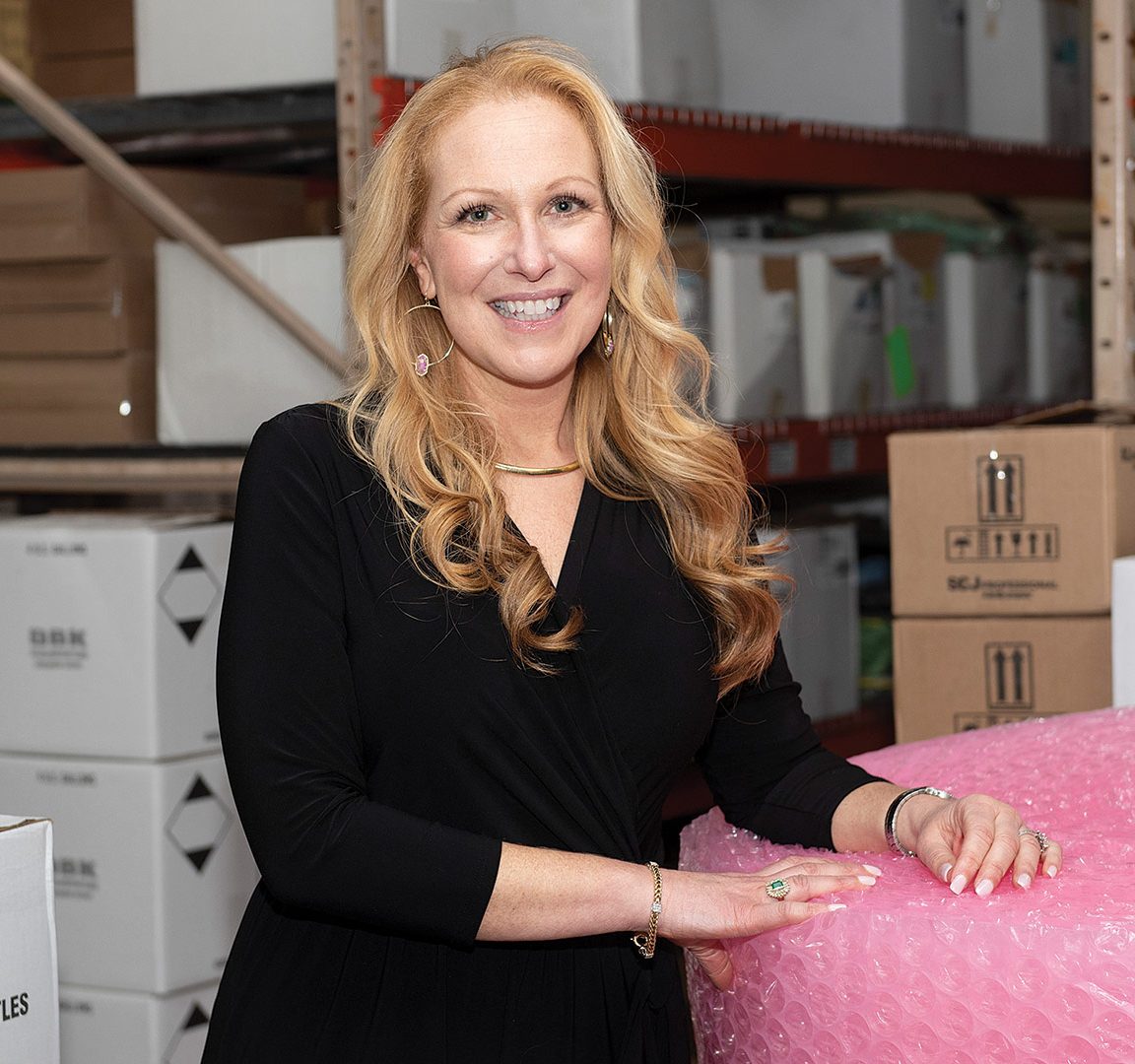 That’s the age she was declared cancer-free — a bilateral mastectomy, eight rounds of chemotherapy, and 28 days of radiation later.

That’s the age she was diagnosed with stage-4 metastatic breast cancer — a diagnosis with no cure.

That’s the age many doctors start to recommend mammograms for women.

Yes, Cassanelli was diagnosed with uncurable breast cancer before most women even get their first mammogram.

In just three short years, she was knocked down by this disease more than once, but each time, she did something extremely difficult — she got right back up.

Living with a terminal illness is a different experience for each individual it affects. But Cassanelli is determined to take her personal experience with cancer and use it to help others to, hopefully, find a cure. 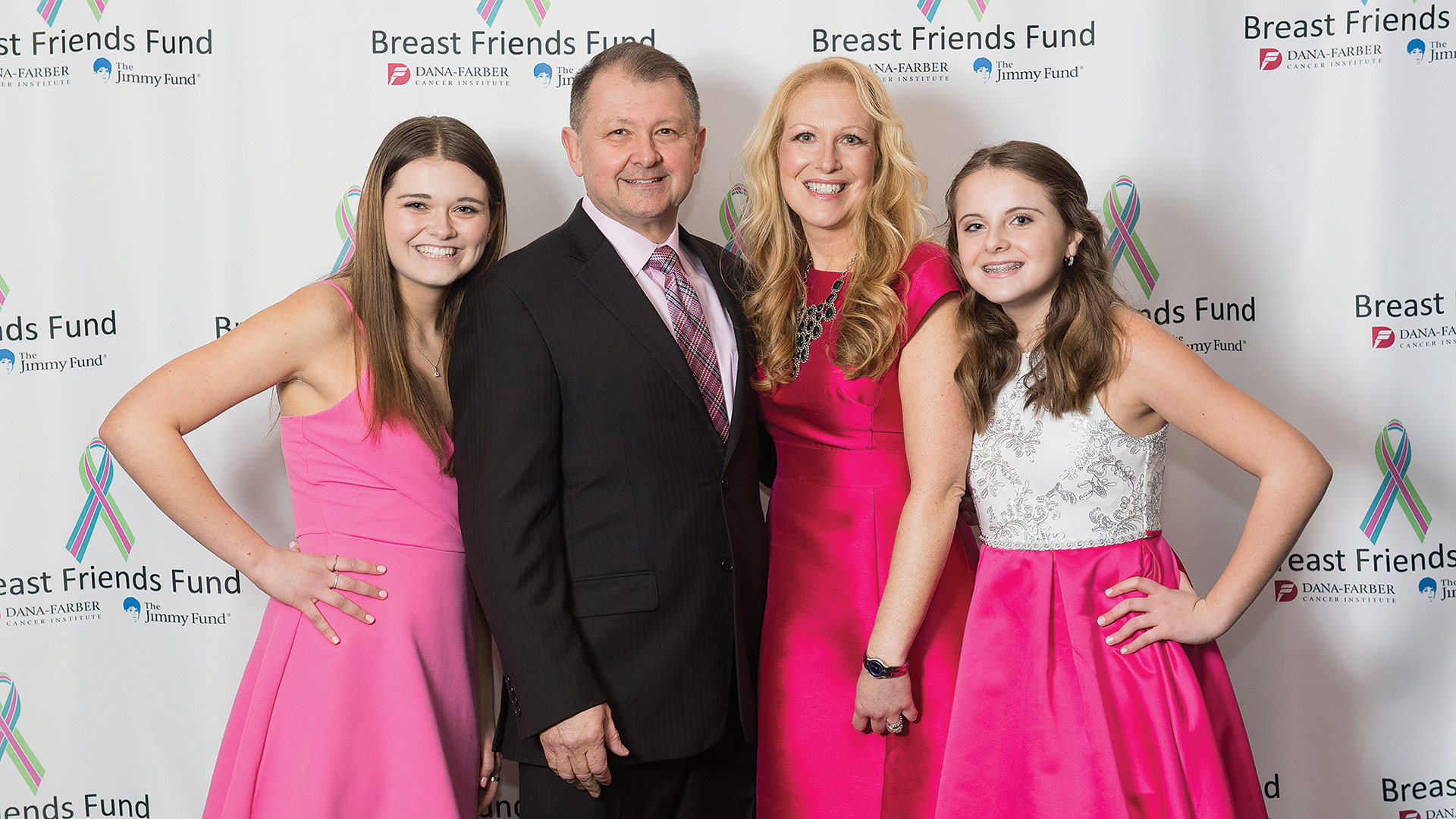 “I feel like the more you give, the more you’ll get,” she said. “I feel so blessed that I’m able to give, and I get so much that I just want to give and show people that, if you are kind, it just makes life so much easier.”

Four years after her stage-4 diagnosis, she continues to try out new medications and treatments, but has yet to find one she can stick with. In October 2018, she began an FDA-approved treatment, but recently found out, once again, her medication was not working. The next step — discussing possible options with her team of doctors.

Despite her diagnosis, Cassanelli lives her life full speed ahead. She’s a mother (to daughters Samantha, 17, and Amanda, 13), as well as CEO and co-owner (with her husband, Craig) of Greeno Supply, a company in West Springfield that distributes various cleaning and packaging supplies both locally and nationally.

She’s also the creator and manager of the Breast Friends Fund, a charity that takes aim at the very disease she was diagnosed with. One hundred percent of funds raised go directly to metastatic breast-cancer research at the Dana-Farber Cancer Institute.

That’s a heck of a load for any person, let alone someone with severe health problems. But Cassanelli holds the weight just fine, and with a smile on her face.

It is estimated that 155,000 Americans currently live with metastatic breast cancer, a disease that accounts for approximately 40,000 deaths annually in the U.S. That’s why Cassanelli has made it her mission to raise money for the cure.

“Once I became metastatic, it was obviously a big punch in the gut to our family, and we realized that we needed to help find a cure,” she said.

Upon her research into some of the major charities and organizations that support breast-cancer research, she found herself in shock at some of the information she came across.

“We started to do our homework about what most breast-cancer organizations give to research to find the cure,” she said. “We were totally and utterly shocked that most of them give 7% of their money raised to research for the cure.”

So, where does the rest of the money go?

Much of it goes to awareness campaigns, pink ribbons, salaries, community outreach, and more — all important things, she said, but not what she is looking for. So she decided to take matters into her own hands and start her own charity — one that has raised $400,000 in five short years.

But Cassanelli isn’t stopping there.

She says she has a long-term goal of raising $1 million, and is dedicating her life to finding a cure for the very disease that causes her to see every day as a gift — and an opportunity.

Cassanelli says being a full-time mom and CEO while running a very successful charity is not an easy task, but she is grateful she can spend many of her days with her family.

“I cherish every minute with my family,” she said. “We do a lot of trips together; we spend a lot of time together.”

Before purchasing Greeno with her husband, Cassanelli lived a very different life. She was a travel agent for World Wrestling Entertainment (WWE), booking flights and hotels for superstars like the Rock and the Undertaker — a non-stop job that required a lot of traveling.

This is where she met Craig, who was also working at the WWE as an advertising agent in New York City. They got married, and, after 9/11, it became difficult for Cassanelli to send Craig into the city for work every day. 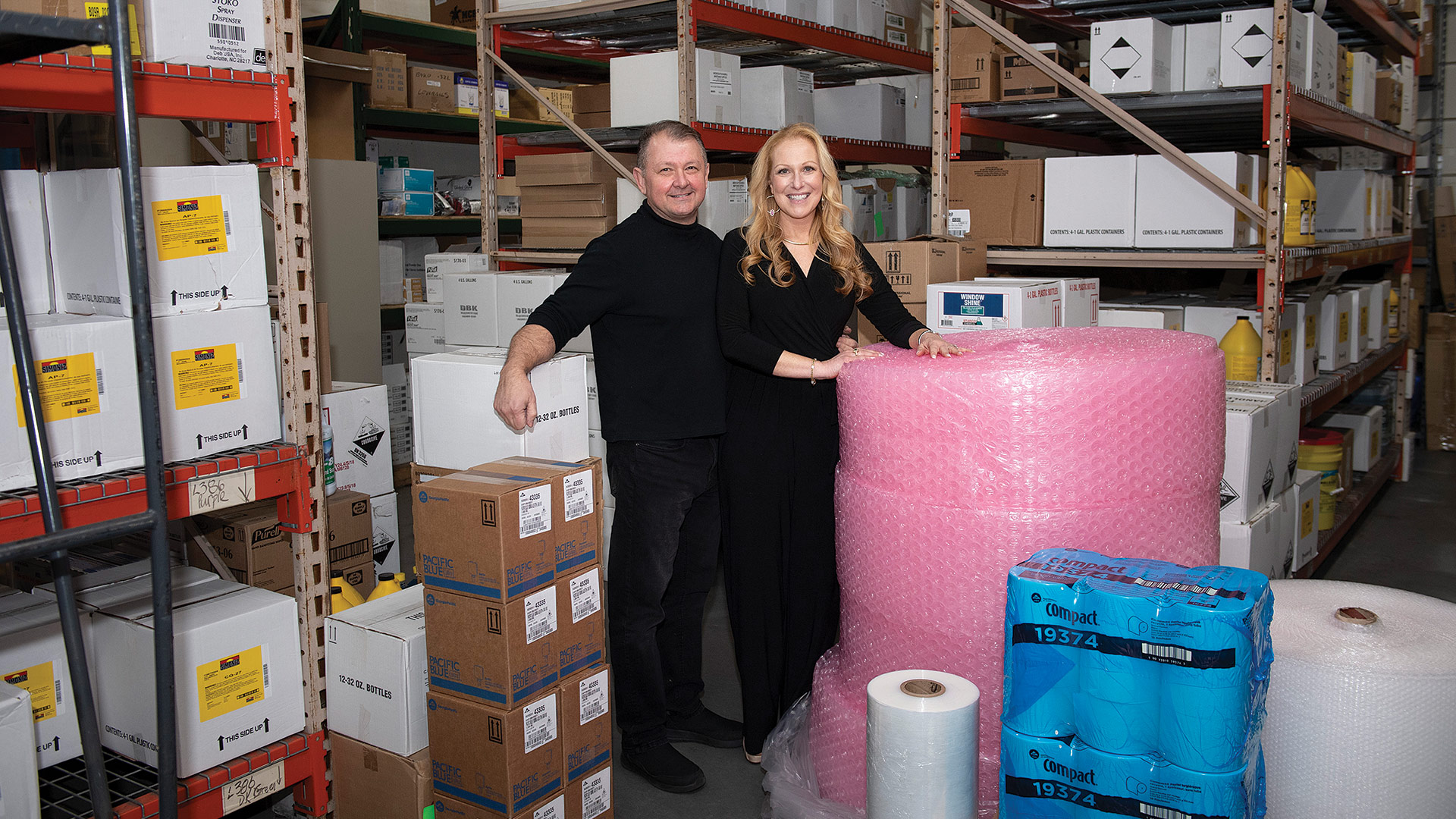 Then they had their first daughter, and working in a big, corporate environment became even harder. When Craig’s uncle passed away, he left behind a business, Greeno Packaging. So, the two purchased it from the estate in 2003.

“There’s nothing glamourous about selling toilet paper and paper towels,” Cassanelli joked, explaining the differences between her previous job and the position she now holds. “I was used to a different lifestyle. To come to Western Mass., it was definitely a culture change … but it’s nice to be your own boss and to be an employer to other people and give back that way.”

A member of BusinessWest’s 40 Under Forty class of 2014, Cassanelli has successfully run Greeno for more than 15 years. The company distributes regionally to Western Mass. and Connecticut, where she resides, but also ships nationally with an online Amazon store. Local manufacturers, hospitals, schools, and other companies utilize its products.

Greeno is also a certified woman-owned business, and Cassanelli holds a few key core values that she uses not only in her business, but also in her charity work.

“I believe that, with hard work and dedication, you can do anything,” she said. “I tell my daughters that all the time: try your hardest, work the hardest, and you can achieve your dreams.”

While Cassanelli refers to her charity as part-time, it never slows. Once she realized she wanted to start something on her own, she approached her doctor, Dr. Eric Winer at Dana-Farber, to see if they could make something work.

“When I approached him, I said, ‘why would I give somebody else money to give to you? Can I start this thing and give money directly to you?’” she recalled, adding that he agreed, and that’s when she began the Breast Friends Fund. Every single dollar raised goes to metastatic breast-cancer research at Dana-Farber. Every expense, from postage stamps to signs for fundraisers, is paid for by Cassanelli’s company, Greeno.

Coming up soon for Breast Friends Fund is its annual Taste the Cure fundraiser on March 27. This wine-tasting at the Gallery in Glastonbury, Conn. includes a wine tasting, appetizers, silent and live auctions, raffles, and more. Last year’s event raised more than $120,000.

Cassanelli maintains that the charity wouldn’t be as successful as it is today without the involvement of the Dana-Farber institute and all the help from her community. “I think our partnership with Dana-Farber is why I’m such a huge success,” she said. “People really believe in them.”

In the past, 2 Hopewell American Bistro & Bar, a restaurant in Glastonbury, donated $1 per pink martini to Cassanelli’s charity. A local bakery also sold cookies and donated 100% of the profits to the charity all month long.

Additionally, in September during the Big E, Greeno parks cars in its space and gives $1 per car to the charity.

This support and growth is a clear testament to the genuine intentions of Cassanelli and her family and the charity that she works so hard to run.

Cassanelli continues to tell her story as much as possible to get the word out about metastatic breast cancer, and hopes to get more Western Mass. businesses involved as the charity grows in more regions across Massachusetts and Connecticut.

Despite her diagnosis, she chooses to get up and fight the fight every day — not just for herself or for her family, but for others who are battling this terrible disease.

“Does it suck? Yeah, it totally sucks,” she said. “But me crawling up in a ball and putting the sheets up over my head is not going to fix anything, so I might as well just get up and go.”

And that’s exactly what she does — she gets up, even when she has every reason not to, and that’s why she is a Difference Maker.

“There’s no point in being sad because, I mean, we’re all going to die,” she said. “I know that every day is a gift, and I’m going to live it to the fullest and do the best that I can.”