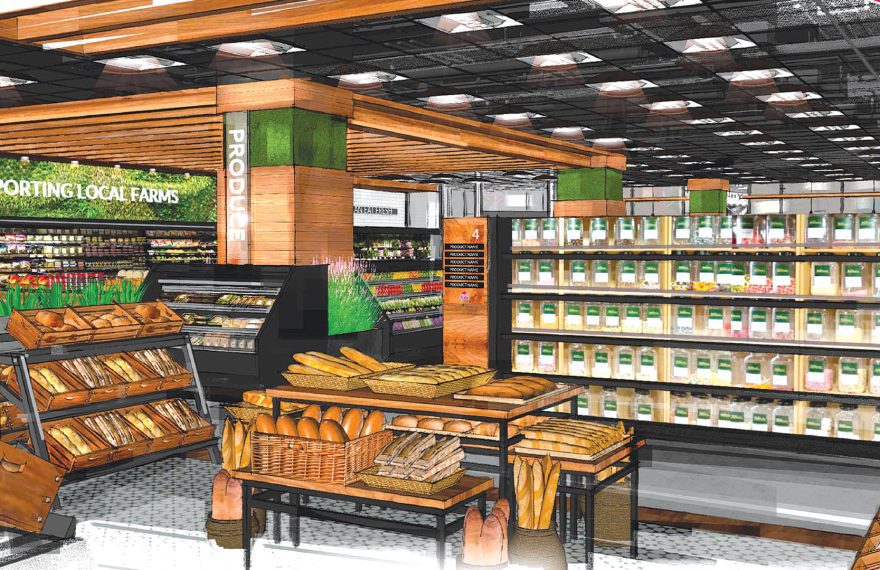 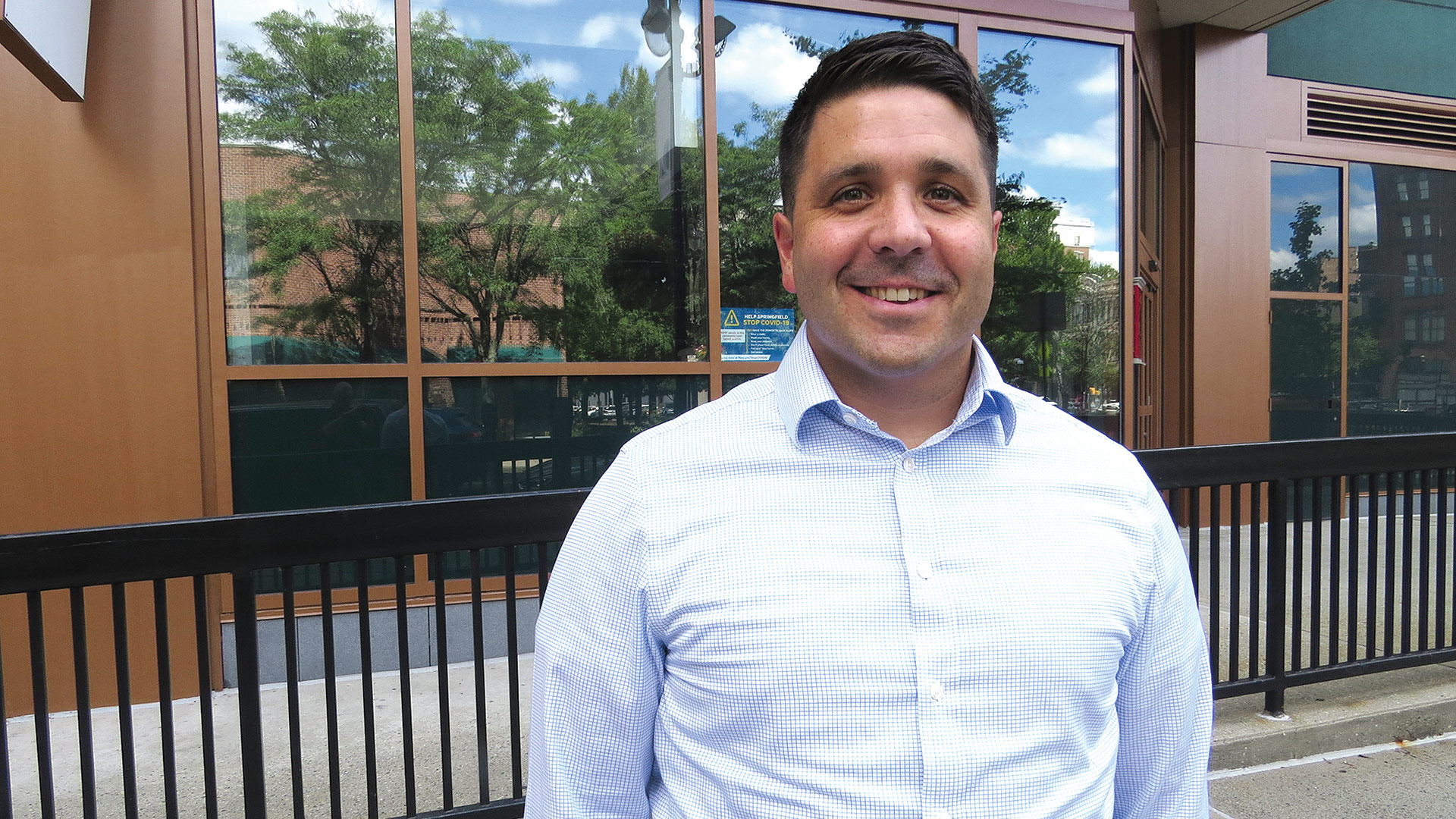 Colin D’Amour says the planned downtown store is unlike anything Big Y has created before and is, in many respects, a pioneering endeavor.

Big Y Foods will soon begin the process of transforming the former CVS location in Tower Square into its latest market. The chain has been operating for nearly 80 years now and has expanded its footprint well beyond its roots at that now-famous intersection in Chicopee where the converging roads formed a ‘Y.’ But this venture is something completely different in terms of scale — and just about everything else.

In many respects, the new store that Big Y is planning for the space in Tower Square formerly occupied by CVS constitutes pioneering — for the company and the city.

Indeed, what is proposed, a scaled-down version of a Big Y supermarket in an urban setting — the heart of downtown Springfield — hasn’t been tried before, as far as anyone knows. And it certainly hasn’t been tried by Big Y, the chain of supermarkets started by brothers Paul and Gerry D’Amour in 1936.

“To the outside observer, they see us operating supermarkets and say, ‘this is just a smaller format,’” said Colin D’Amour, senior director of Big Y Express and point person on this project. “But it’s really a completely new venture for us, everything from distribution to operations to trucking … we’ve never operated a downtown, urban-format market before, so there are a whole lot of unknowns for us.”

So while there is a great deal of anticipation and excitement about the company’s plans — downtown Springfield has been a food desert for decades now, and the need for a supermarket in that area has long been a recognized need — there is also a great deal of uncertainty about just how this will all play out.

So much so that determining just what constitutes ‘success’ at this new and decidedly different location is a difficult assignment.

“We are flying the plane as we build it in many respects,” D’Amour explained. “We know how to operate a supermarket, and we’re constantly tweaking that model, but when we open a new store, we have a very good idea of what success in that store will look like and what we need to do to achieve it. With this model, we’re trying to be a lot more flexible, even from our design standpoint.

“To the outside observer, they see us operating supermarkets and say, ‘this is just a smaller format.’ But it’s really a completely new venture for us, everything from distribution to operations to trucking … we’ve never operated a downtown, urban-format market before, so there are a whole lot of unknowns for us.”

Overall, this story is an intriguing one on a number of levels. For starters, there is the obvious need for a grocery store being filled. Meanwhile, the recruitment of Big Y marks another imaginative reuse of space in Tower Square by owners Vid Mitta and Dinesh Patel, who previously landed the YMCA of Greater Springfield and White Lion Brewery, among others, as tenants. And this new development was made possible by federal COVID-relief funds, making this is an example of how those monies have been put to work by the city to improve specific neighborhoods, including downtown (more on that later).

For now, the plan is to have the store open by next spring, said D’Amour, adding that there are some challenges to meeting that timeline, including supply-chain issues that make getting needing materials and equipment, like shelving, somewhat of an adventure. 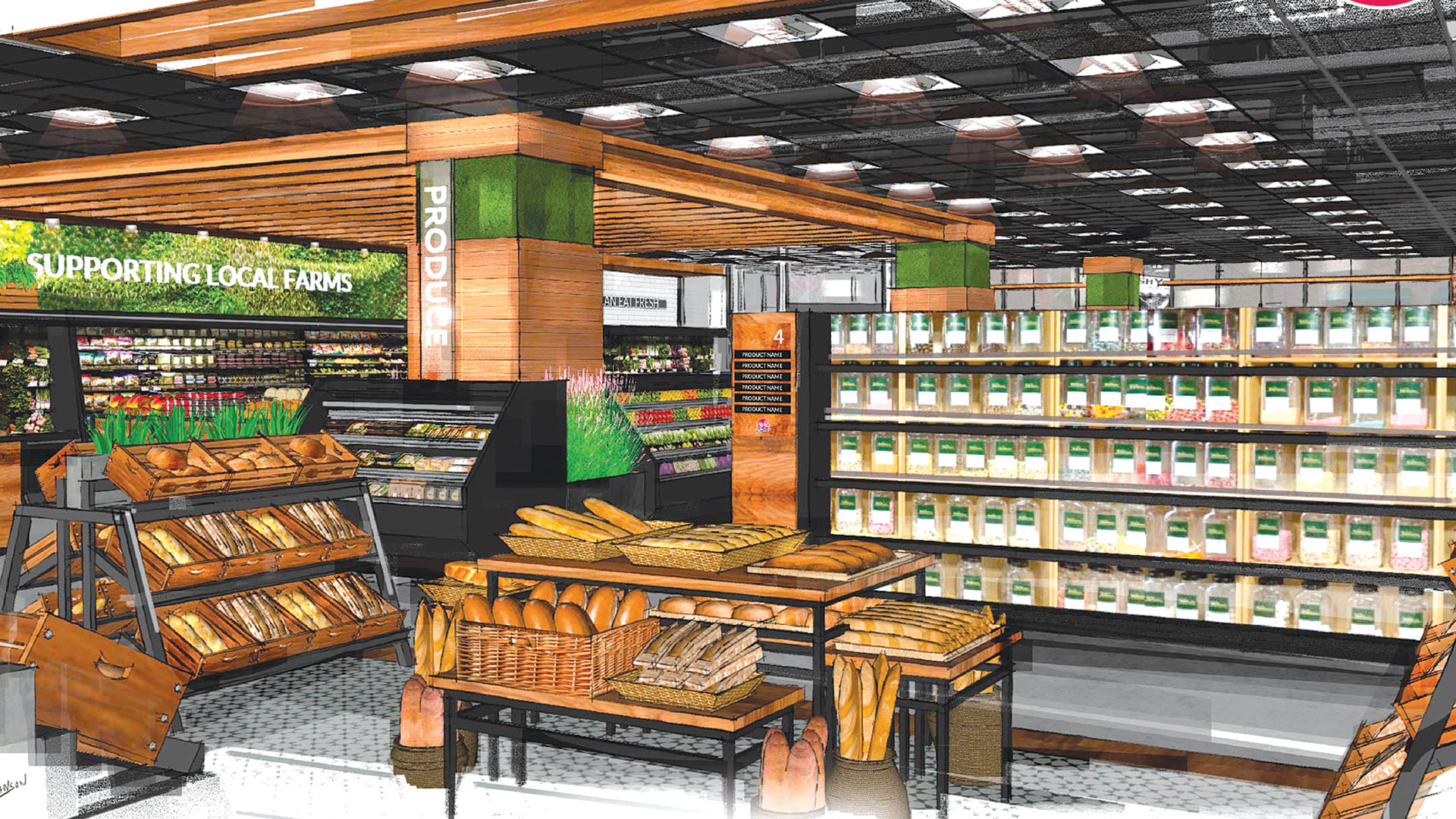 An architect’s rendering of the planned new
Big Y market in Tower Square.

As for the store itself, it will feature most of the same departments as a typical Big Y World Class Market (there will not be a pharmacy), but, obviously, a smaller volume of items.

As for customers, Big Y believes it will draw from several different constituencies, including those living downtown, those working in both Tower Square and other surrounding office buildings, those coming to Tower Square on other business, such as daycare services at the Big Y, and others.

“We think there’s going to be a good mix,” he noted. “Tower Square is a pretty robust facility, and there are a lot of people who work there who may be living in Springfield or commuting from outside the city who may be looking to grab something after work for dinner or grab something to help fill the fridge, and it saves them a trip to a traditional supermarket. There’s also a good number of residents that live right downtown as well. We think there will be a healthy mix.”

For this issue and its focus on commercial real estate, BusinessWest talked at length with D’Amour about how this concept came together and why the initiative represents pioneering on a number of levels.

D’Amour said Big Y has been looking at downtown Springfield with an eye toward possibly opening some type of store there for some time now.

“It’s fair to say that it’s been decades,” he noted, adding quickly that, while the company hasn’t been actively pursuing something all that time, it has long understood that there is both need and opportunity involved with such an undertaking.

“We’ve tried to take little bits of what we like from some different markets out there. But we think downtown Springfield is a bit unique, and we think that we understand the Western Mass. customer and the Springfield customer, and we’re trying to blend our brand with what we’ve seen other folks do in other environments and come up with something we think will work in this setting.”

Matters moved beyond the dialogue stage thanks to a number of puzzle pieces coming together, he went on, noting that the first was the location that became available when CVS vacated its longtime home in Tower Square for a location about a half-mile south on Main Street.

“The new owners of Tower Square came to us with this opportunity — everything just came together at the right time,” said D’Amour, noting that the company not only recognized an opportunity, it was prepared to take full advantage of it. “We were able to pull it together and make it work.”

Prepared, yes, but still moving into what would be uncharted territory for this company — and many supermarket chains, for that matter. Indeed, the location would be in the middle of the city’s downtown, with no on-site parking and certainly no loading dock. 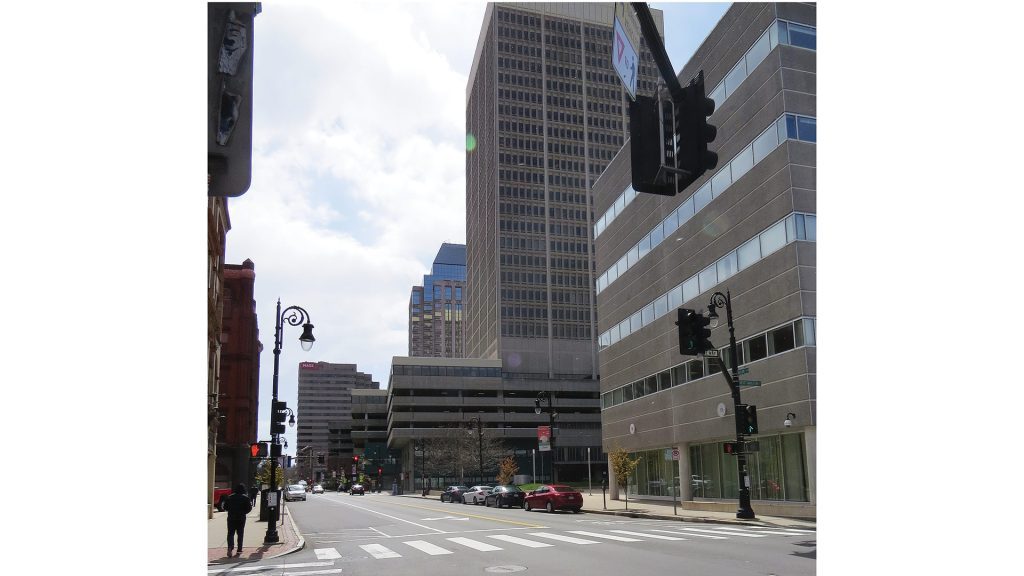 The new market will serve people who work in the office towers, as well as residents who live downtown.

These unknowns, along with uncertainty about just how much traffic this site will generate, made it enough of a risk that the project required an investment from the city, said D’Amour, adding that this investment has come in the form of $1 million in federal COVID CARES Act funding.

“That funding allowed us to answer some of those unknowns,” he said. “It solved some unsolvable challenges around distribution and issues like that, and it allowed us to see a pathway to a financially viable market in this location. I don’t think we would have been able to get there — what with rising construction costs and trying to figure out an entirely new model — without that federal money.”

Elaborating, he said the traditional Big Y model, one seen across this region and now far beyond, into Connecticut, Central Mass., and now Eastern Mass., is the suburban World Class Market, usually in a larger shopping center, with acres of parking; the company just unveiled its latest plans to build a store in Middletown, Conn. The Tower Square store is a much different model, one that, as noted, comes with a large supply of unknowns.

Thus, the team at Big Y has looked at models that would be considered similar in other urban markets, including New York and Boston, as well as some smaller cities in upstate New York, he said, adding that the chain is essentially creating its own model with this initiative.

“We’re having supply-chain challenges everywhere, and we’re working through them as best we can, and we think we’re doing a pretty good job with it.”

“We’ve tried to take little bits of what we like from some different markets out there,” he explained. “But we think downtown Springfield is a bit unique, and we think that we understand the Western Mass. customer and the Springfield customer, and we’re trying to blend our brand with what we’ve seen other folks do in other environments and come up with something we think will work in this setting.”

The plan, as noted, is to offer most of what would be found in a traditional Big Y market, he said, adding that patrons can do what he called a “full shop” at the downtown location, with fresh meats, bread, produce, and other items, just not in the variety to be found in the larger-model store.

Work has yet to begin on site, he said, but the plan is to open the store late in the first quarter of next year, and he believes that timetable can be met, despite those aforementioned challenges, including construction lead times and simply getting needed materials and equipment.

“Supply chain continues to be a challenge, both from a construction standpoint as well as from a product standpoint,” D’Amour explained. “But it’s nothing we’re not tackling, like everyone else in this late-pandemic, post-pandemic world, whatever we’re calling it these days. We’re just continuing to try to find innovative ways around it and fill our stores.

“With respect to this Tower Square downtown location, it’s really no different than what we’re tacking in all of our stores,” he went on. “We’re having supply-chain challenges everywhere, and we’re working through them as best we can, and we think we’re doing a pretty good job with it.”

As D’Amour noted, it is difficult to make projections for the planned new market, and equally difficult to get a firm grasp on just what will constitute success.

But in an area that has been devoid of anything like this for as long as anyone can remember, there are great expectations and high hopes that the new store will be an important addition to the mix in Tower Square and the central business district as a whole.

In short, there is a good deal of anticipation about what’s in store for this location — figuratively, but also quite literally.