Sam Hanmer Is Finding Satisfaction in His Second Act 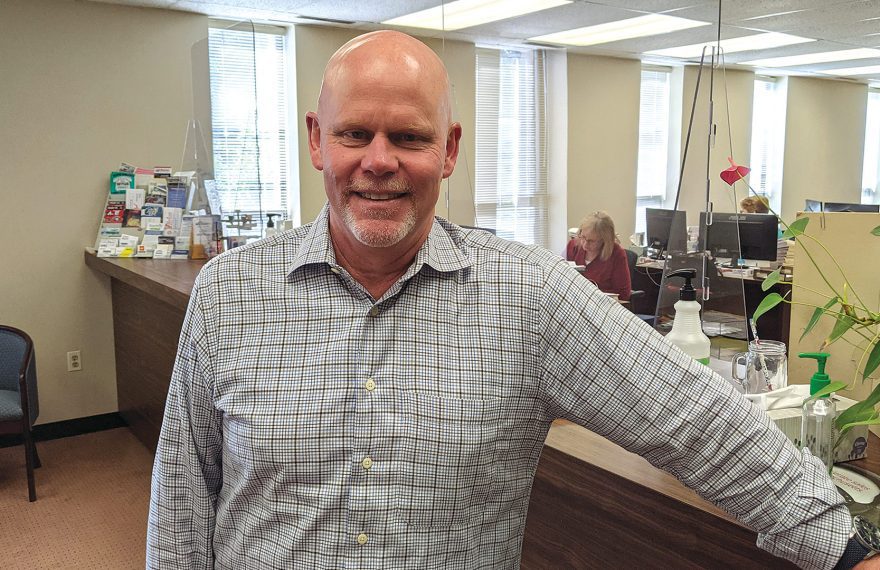 After a long career growing FieldEddy (later HUB International New England) into one of the region’s most notable insurance success stories, Sam Hanmer called it quits, figuring he’d enjoy an early retirement. But he didn’t, in fact, enjoy it. So, three years later, with a renewed sense of passion and purpose, he got back in the game, purchasing two local agencies, with the intention to grow them further, with an eye toward cultivating the next generation of leadership. 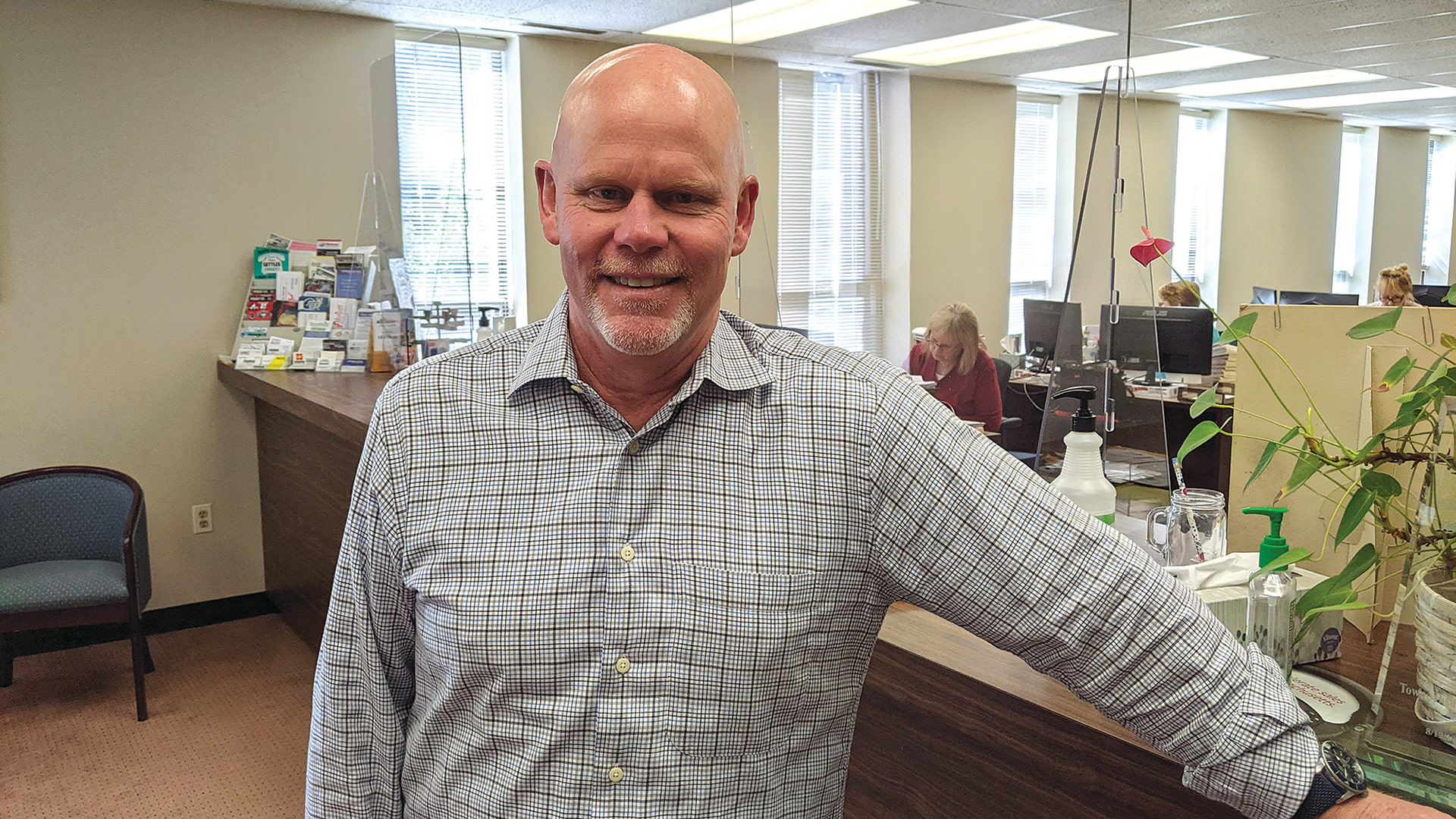 If not for the pandemic, Sam Hanmer said, he might have stayed retired.

A long stretch when COVID-19 largely shut down the world certainly didn’t add to whatever enjoyment his retirement years — which began in the spring of 2018 — were bringing him, but the truth, he admitted, is that early retirement simply didn’t suit him.

“Quite honestly, I was hanging around doing nothing every day and had a lack of purpose in my life,” said Hanmer, whose more than three-decade career in insurance was highlighted by the rapid growth of FieldEddy in the early years of this century and its acquisition by Hub International in 2014. “I said, ‘OK, I have to go do something. This is crazy; I’m too young. None of my friends are retired. I’m a golfer, but not a passionate golfer.’ So retirement didn’t sit well with me.”

As noted, COVID didn’t help — Hanmer’s bulldog, Santino, was his “pandemic dog,” a companion during those isolating months — and not even the golf courses were open for a while. Simply put, he was restless.

“I figured, I’ve got plenty of earning years left, so I went back to what I know,” he said, noting that he honored his non-compete agreement with HUB before jumping back into the insurance business. After bidding on another agency and falling short, he purchased the two locations of LeBel, Lavigne & Deady Insurance (in Chicopee and Springfield) in May 2021, rebranding them as the Rush Insurance Group. Then, in November, he bought Towne Insurance Agency in Agawam, changing the name to Towne Insurance Group; it may eventually be part of the Rush name as well.

“I got back in the business,” he said. “I needed something to do, and it’s what I knew.”

Back in the 1980s, when Hanmer graduated from UMass Amherst, his father was the majority owner of a firm known then as Field, Eddy, and Bulkley, but Hanmer didn’t go to work for him right away. When he later joined the family business, he started in sales but moved to the financial side when the treasurer suffered a heart attack and had to leave the company for some time. After his father retired in 1995, Hanmer stepped into the role of CEO.

It wasn’t long before he started to capitalize on a trend within the industry — many small, mom-and-pop operations struggling to adjust to changes and technology began looking in earnest for exit strategies — to grow by acquisition. 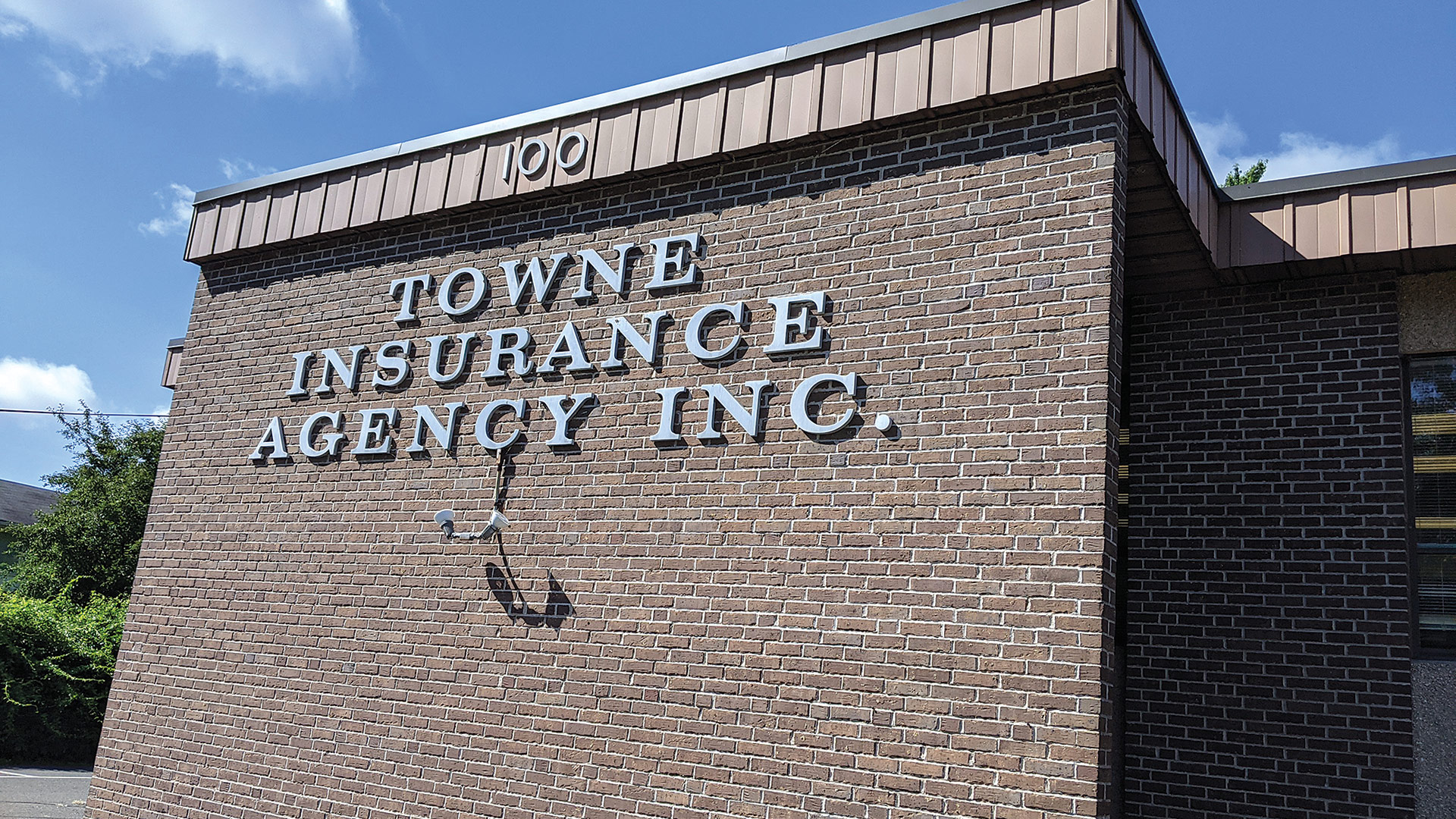 Sam Hanmer tried retirement, but it didn’t suit him, so he returned to the insurance business with a new venture

Over the next two decades, the firm acquired a number of agencies, including the Curtis and Hodskins agencies in Monson, Aliengena in Palmer, LDS in Three Rivers, Meadows in East Longmeadow, Remillard in South Hadley, Buckley Bridge in Windsor Locks, and both BPI and Lawson, Marino & Bertera in Springfield.

The 160-year-old firm, later branded FieldEddy, was still growing its footprint when it became part of the HUB International family in 2014, where Hanmer remained in a leadership role for three and a half years, then retired.

For a while, anyway.

Looking back to his un-retirement decision early last year, Hanmer figures it was probably inevitable, pandemic or not.

“I’m very happy I made the call to do it. I’ve had people, friends in the business, say, ‘why did you get back into this business?’ But it’s a good business, it really is, and they know it.

“But after a while, it can get old,” he went on. “So for me, taking three years off and coming back was a like a recharge. I was in the business 30-something years, and after 30 years, anything can get a little tiring. You take a few years off and realize — in my case, at least — retirement wasn’t working, and you come back with a different lens because you had three years off. So I’m excited and having fun in the business — probably more fun now than I had back in the day.”

Hanmer has navigated a number of changes in the sector, including the rise of direct writers like Geico and Progressive, who poured into Massachusetts after state regulations were changed to stimulate competition. But Hanmer, like other independent agents, has always countered that evolution by emphasizing the value of relationships in his business.

“The direct writers have captured a fair amount of the Massachusetts business, and you saw a big pitch years ago about online sales from direct writers. Now you see Geico offices popping up because they finally understand it is a relationship business. Geico’s done phenomenally; they don’t have to put offices up, but they’re starting to build offices you can walk into. And Progressive probably does 80% of their business through independent agents. People don’t know that.”

The other factor that’s been affecting the insurance world over the past 20 years — and remains a factor today — is consolidation, and there’s a place, Hanmer said, for locally owned companies in that landscape.

“Consolidation has been happening in all sectors, and that’s very much the case in the insurance-agency world,” he noted. “Everything is going to the nationals, and the local insurance agencies are dwindling. But we’re still local people.”

The main challenge is one of scale, he said, noting that the size of HUB certainly helped the former FieldEddy grow its business because of the buying power of a national firm. “And they have a lot of what I would call specialty units that focus on a particular sector. It’s powerful. It served us well.

“But I still think there are a group of middle-market buyers, smaller businesses that get lost in the shuffle with the nationals, and I think there’s a big opportunity for smaller local agencies to capture that business,” he went on. “A lot of national players actually walk away from that business. And in Western Mass., that’s 90% of businesses.”

So, against the backdrop of continued consolidation and with his accumulated years of experience, Hanmer saw an opportunity to be successful.

“It certainly was a scary thought to get back in, and come up with some capital in order to get back in, knowing that things have changed in three years — although they didn’t change as much as I thought they would have.”

Elaborating, he said he discussed coming back with friends and colleagues, and they led him to believe the business had changed quite a bit, even in the three years he was away.

“And there is change in the system environment, in the software we use, some of the peripheral things, but the actual dynamics of the business didn’t change. Once I got back in, I said, ‘this is what I anticipated.’”

It’s a landscape where relationship building and the consultative approach still matter, he explained.

“That’s never gone away. I’d rather be your consultant than your salesman. If someone buys from me, great, but if they don’t, and I’ve helped them, that’s fine too, because at some point, that will come around. Maybe they’ll talk to a friend. Even if I don’t ever get their business, that approach works. It doesn’t necessarily work quickly, but this is a marathon, not a sprint.”

He paused for a moment. “Well, I’m sprinting a little bit, because there will be retirement at some point ahead of me.”

For now, though, Hanmer is focused on growing his three offices, which offer personal, commercial, and employee-benefit lines — the latter being new for both agencies.

“My makeup isn’t to sit back. I absolutely plan on growing it through organic growth and organic sales and through further acquisitions, for sure,” he told BusinessWest. But he wants to leave his enterprise in healthy shape when that second retirement does come around — and, presumably, sticks.

“I’m hoping this time around to create something where a perpetuation might be internal instead of selling it externally to a national brand. If I can get a few young guys — and women — in here who are passionate about the business and want to keep it going, I would definitely perpetuate it internally, just create a little annunity for myself, as opposed to just cashing out. That’s the plan. Plans change, but that’s the plan.”

Bringing in young professionals is a national challenge, however.

One reason is that insurance isn’t an instant-gratification career, he explained.

The negative perception arises, Hanmer said, because insurance is something everyone needs, but they don’t want to pay for it. “They love having it when they have a problem, but if they’ve never had a problem, they say, ‘I can’t believe I spent all this money on insurance.’”

Hanmer found he needed insurance, too — not the product, but the career. He needed it more, in fact, than putting on a green or puttering around a house, or whatever activities he and Santino — who now goes to work with his owner every day — might get up to.

In other words, Hanmer needed to feel the spark of working again, so that’s what he did. And he found that spark.

“I definitely made the right decision,” he said. “I’m really happy.”