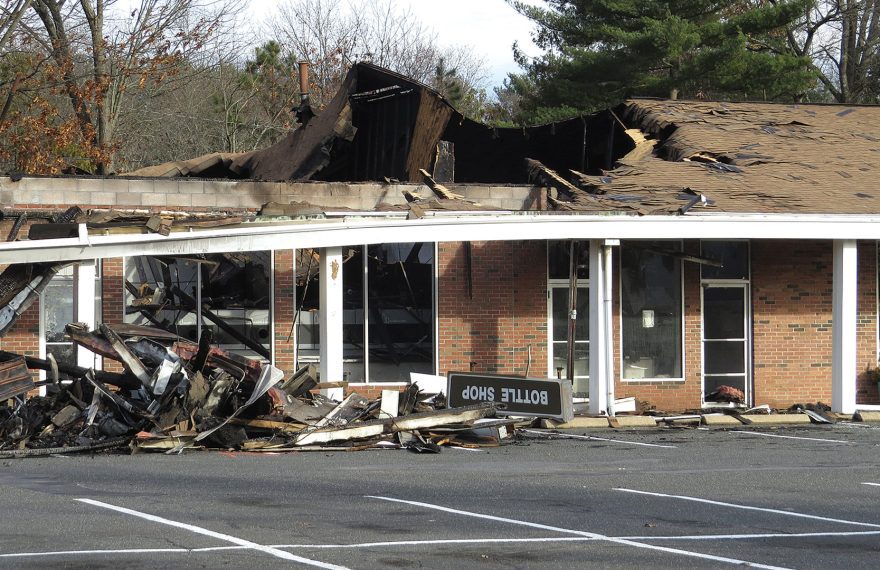 Picking Up the Pieces 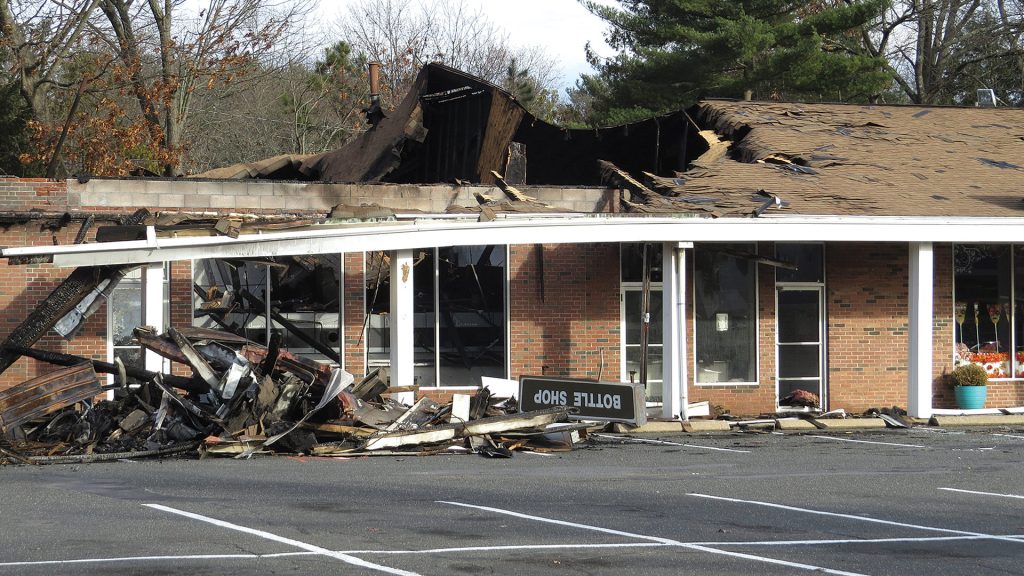 The aftermath of the Nov. 23 fire that ravaged the Maple Center shopping plaza.

Alexis Vallides has some experience bouncing back from disaster.

Actually, it was her bother who had that experience. His business, Latino Food Distribution, was one of many in West Springfield that were leveled by the tornado that tore through many area communities in 2011.

Vallides has been leaning hard on her brother, and certainly gaining inspiration from his comeback, as she embarks on one of her own.

Indeed, Vallides is one of many business owners who were left homeless by the massive fire just before Thanksgiving that engulfed the plaza in Longmeadow that unofficially took of the name of her business, Armata’s Market.

She was called early in the morning on Nov. 23 to let her know about a fire in the neighboring liquor store. Less than a few hours later, her store was almost completely leveled.

Like others impacted by the blaze, she is starting to write the next chapter in her business story, and, while there are many emotions attached to this rebuilding process, she is, well, very businesslike about it.

“As a business owner, things happen; we take a lot of risks,” she said. “Every day, we’re susceptible to catastrophes and disasters like that; you have to cope and move on.”

That’s what her team did the morning of the fire — she recalls employees standing and watching the fire, and also conceiving ways to prepare and distribute prepared meals for customers.

Armata’s was one of five businesses impacted by the fire at the Maple Center shopping plaza, which left 74 people unemployed initially. The others are the Bottle Shop liquor store, Iron Chef Asian Cuisine, Longmeadow Salon, and Dream Nail and Salon. Most, if not all, have expressed a desire to reopen — in Longmeadow if they can, said Lyn Simmons, town manager, noting, as others did, that there isn’t a large inventory of retail space, and especially vacant space, in this mostly residential community.

One business, the salon, has already reopened in East Longmeadow, she said, adding that, as these business owners grapple with the many challenges facing them, the town, the state, and several area business and economic-development-focused agencies are bringing resources to bear aiding in the recovery process, and connecting impacted business owners with grants, loans, and whatever else is needed to start anew.

Grace Barone, who leads one of those agencies, the East of the River Five Town Chamber of Commerce, knows firsthand what it’s like to claw back after a fire has destroyed a business and left dreams in a state of perilous limbo. Indeed, she owned Bridal Reflections, one of 20 ventures left homeless by a massive blaze in a retail plaza in Palmer.

She told BusinessWest that, in the wake of such a disaster, business owners go through a wide range of emotions, from the initial shock to what amounts to grief concerning their loss, to the frustration that comes from dealing with insurance companies and the myriad other issues related to getting back on one’s feet.

“As a business owner, things happen; we take a lot of risks. Every day, we’re susceptible to catastrophes and disasters like that; you have to cope and move on.”

“This is a challenging time, and it can be so overwhelming,” she said, adding that, in such a situation, the best her agency and others can do is stand by those impacted by it and provide whatever support they can.

“You go through the shock of ‘oh my gosh, everything I’ve worked for is gone; what do I do next?’” she said. “You try to formulate a plan and determine whether you’re going to rebuild and where you will conduct business in the meantime. And you go forward from there. But every time you think you’ve taken a few steps forward, there’s always something that pops up, and then you have a setback. We want to make sure we’re there for our members when those times come.”

As for Vallides, she is moving forward with plans to find both a temporary location and, if the Maple Center owners rebuild, as she expects they will, return to Shaker Road in the future.

“I’m checking out places in Longmeadow and Enfield for a temporary location, but, unfortunately, Longmeadow doesn’t seem to have anything quite big enough for our needs,” she said, noting that the operation requires roughly 5,000 square feet. “There are a few potential landing spots in February, and maybe by February we can get something up and running.

“We’re in it for the long run, and if we can set up something temporarily, close to our customers, we’ll do that,” she went on. “But, ultimately, we want to be back on Shaker Road.”

As for what she learned from her brother’s experience and is using to help her in her comeback efforts, she said there were many lessons from that story.

“It’s important to be strong and hang in there, not just for myself, but my employees as well,” she said. “Everyone counts here.”

And with that, she spoke for everyone impacted by that fateful fire.