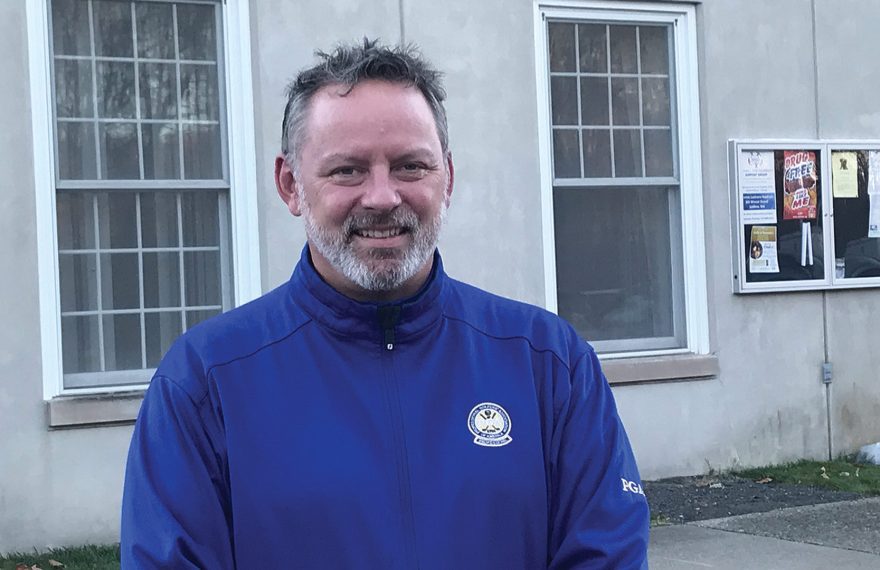 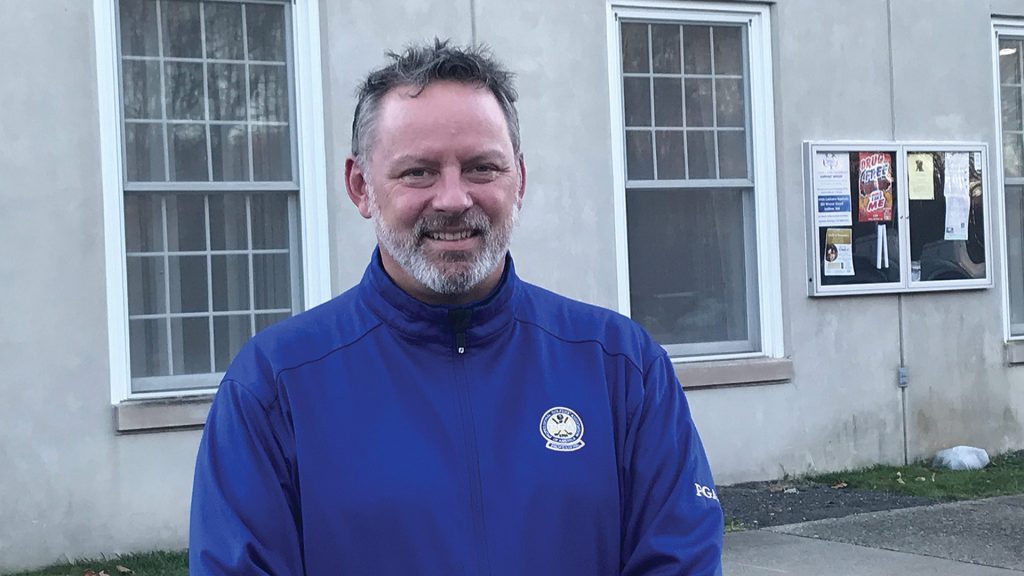 William Rosenblum says Ludlow needs to use available funds to benefit the most people and invest in the future, not just immediate needs.

This fall, two long-anticipated projects in Ludlow opened to the public, and officials say there’s more to come.

In September, the Harris Brook Elementary School on Fuller Street opened for full classes for students in grades 2-5. And in early November, the new Ludlow Senior Center officially opened on State Street. Board of Selectmen Chairman William Rosenblum said that, while Ludlow is already a desirable community, the new school and senior center make it even more so.

“We’ve addressed the bookends of our lives by investing in our children and our seniors,” Rosenblum told BusinessWest, adding that next up for this community is determining the best ways to spend $6.3 million in funds from the American Rescue Plan Act (ARPA). Rosenblum said the Board of Selectmen is asking for input from town department heads and Ludlow citizens on how to spend the funds in a way that will benefit the most people in the community and act as investments for the future.

Rosenblum added that using the funds to make improvements and updates to existing facilities will take priority over embarking on new projects.

“For example, we’ll be upgrading the HVAC system at the safety complex,” he said. “It’s something that needs to be done, and we will most likely use ARPA funds for it.”

Ludlow Town Planner Doug Stefancik said the guidelines in spending ARPA money focus on helping public health departments and businesses that were hit hard by the pandemic. They also allow towns to address recreational areas such as community centers and parks.

“This might be an opportunity to upgrade some of the existing facilities in our parks,” he added.

“The mill developments are such a game changer for the town. It’s also where a lot of our major economic development will be going forward.”

Another type of project allowed by ARPA involves investments in broadband. Rosenblum said he’d like the town to explore a fiber-optic installation in Ludlow, an idea that was inspired by his work-from-home experience. During the pandemic, while he stayed connected to work through the internet, his two children also attended school online, which severely taxed his home internet capabilities.

“I learned the 19 IP addresses that were in my house, so I could shut down different devices in order to get better internet reception,” he said.

Rosenblum acknowledges that, while fiber optics certainly fits the Star Trek criteria in benefiting many people, such a move requires considerable research to see if it’s even remotely affordable for the town.

For this, the latest installment of its Community Spotlight series, BusinessWest looks at ARPA options and other pressing matters in Ludlow, a community that has seen considerable residential growth in recent years and is now seeing business growth as well.

According to Rosenblum, home sales remain brisk, largely because interest rates have stayed low. Meanwhile, over the past two years, home prices in Ludlow have increased 30%, with the average list price topping out at $376,000.

While some residents are concerned about the tax rate, he pointed out that increasing home values are what leads to higher tax bills.

“When you look at tax rates in communities across Massachusetts, Ludlow is right in the middle,” he noted.

Stefancik added that some of the larger McMansion-type homes in town bring in more than $10,000 a year in taxes.

“While that may seem high, taxpayers are getting a new school and a new senior center, which are both good things for the community,” he said. “The new school might even convince a family to move here.”

As Stefancik reviewed the many activities happening through his department with BusinessWest, one interesting trend stood out. Last year, 17 homeowners applied for special permits for home-based businesses, a high-water mark for the community.

“It’s easy to get hung up on what’s going on at the federal level, but people need to look in their own backyard. The decisions that are made in town are the ones that affect people the most.”

While it would be easy to assume the pandemic sparked this increase in home-based business permits, Stefancik said it’s a trend that actually started before COVID arrived.

“The permits range from electricians and carpenters to artists and consultants,” he noted. “Back when I started in the job, these requests might occasionally trickle in, but now it’s our most common special permit.”

This trend was certainly in evidence back in October when the Ludlow Cultural Commission held a Community Market event at Memorial Park. Grace Barone, executive director for the East of the River Chamber, an event sponsor, was impressed with the community support and the number of home-based businesses represented at the market. 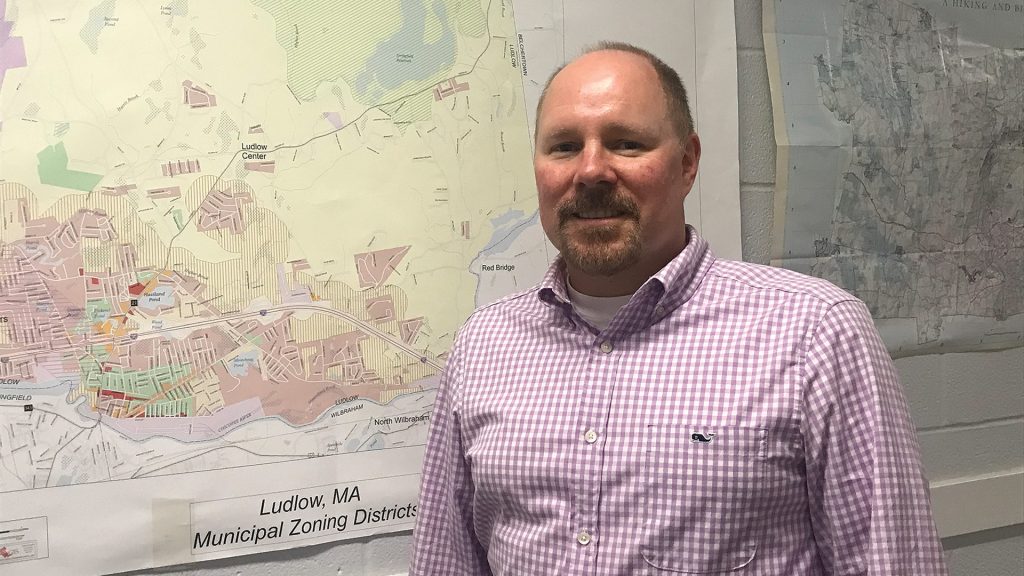 Doug Stefancik says home values have soared in Ludlow, and so has the prevalence of home-based businesses.

“I saw some wonderful business ideas, and the community market provided a great showcase for them,” Barone said. “It would not be a surprise to see some of these vendors become future storefronts in town.”

The original idea for a community market was to bring together small businesses, artists, and community organizations, according to Michelle Goncalves, chair of the Ludlow Cultural Commission. Because the pandemic’s impact hurt many small businesses, especially those in arts and culture, the event’s focus shifted to become an occasion to support these entities.

For a first-year event, Goncalves was surprised to see nearly 40 vendors reserve space. She speculated that most of the smaller vendors were home-based businesses.

“In addition to businesses that have storefronts, I would guess that many of our vendors were based at home,” she said. “For example, we had a person who makes wreaths, a photographer who uses his home for a studio, one person who sells essential oils, and another who makes charcuterie boards.”

Planning has begun to bring the community market back next fall. “We definitely want to do this again,” Goncalves said.

While the population of Ludlow has remained fairly steady over the last several years, Rosenblum noted the town is seemingly growing based on the increased activity that happens there.

“Folks in Chicopee like to say they are the crossroads of New England,” Rosenblum said. “Well, Ludlow is the crossroads of about four or five towns, too.” Indeed, from the Ludlow exit on the Mass Pike, travelers head to Granby, South Hadley, Belchertown, Palmer, Indian Orchard, Wilbraham, and other communities.

The busy Ludlow exit from the turnpike feeds into Center Street, which is part of Route 21. Even after the state completed a comprehensive upgrade of the roadway last year, traffic has never been busier.

“I think we got used to traffic during the pandemic, which was very light because people weren’t commuting to work,” Stefancik said. “Now there’s traffic all week, and it’s still busy on the weekends.”

Don’t expect traffic to lessen anytime soon because Ludlow continues to invest in its future. In 2017, town officials working with Westmass Area Development Corp. and Winn Development transformed one of the old mill buildings in the sprawling Ludlow Mills complex into Residences at Mill 10, providing 75 units of age-55-plus, mixed-income housing. In 2022, construction begins on Mill 8, the mill building with its iconic clock tower. Once complete, that project will bring an additional 95 units of senior housing to Ludlow. Town officials offered high praise both for what’s been done so far and the potential for the entire area.

“The mill developments are such a game changer for the town,” Stefancik said. “It’s also where a lot of our major economic development will be going forward.”

Rosenblum concurred, adding that “the mills are a long-term investment for Ludlow, and we enjoy a great partnership with the developers.”

Like Mill 10, Mill 8 will also offer mixed-income housing. Considering the mills, the new single-family houses being built, and the condominiums that exist and are under construction, Stefancik said, Ludlow gives potential residents many options on where to live.

“Looking forward,” he added, “we’re a community that can offer a wide range of housing and provide a great place to live and do business.”

As a selectman, Rosenblum enjoys his involvement in projects that make a positive impact on Ludlow, and he believes local politics is “where it’s at.”

“It’s easy to get hung up on what’s going on at the federal level, but people need to look in their own backyard,” he said. “The decisions that are made in town are the ones that affect people the most.”