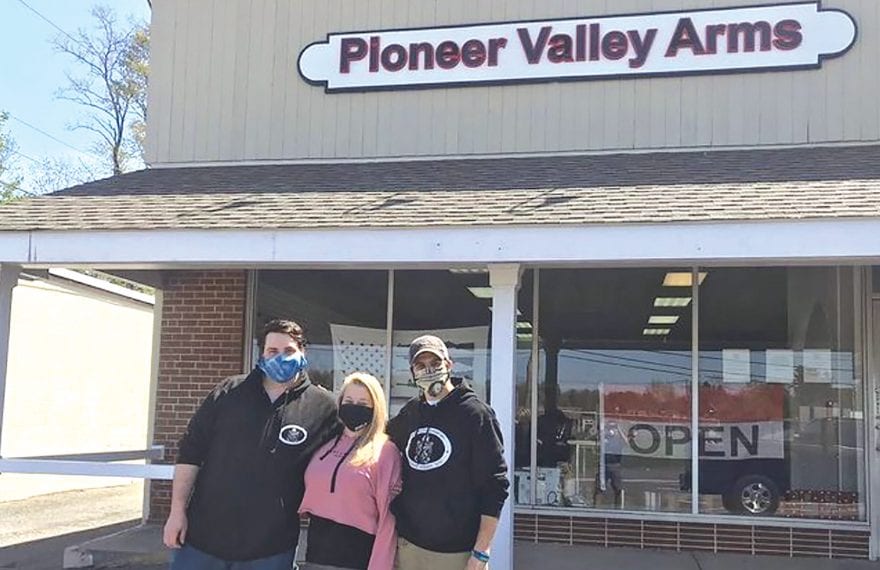 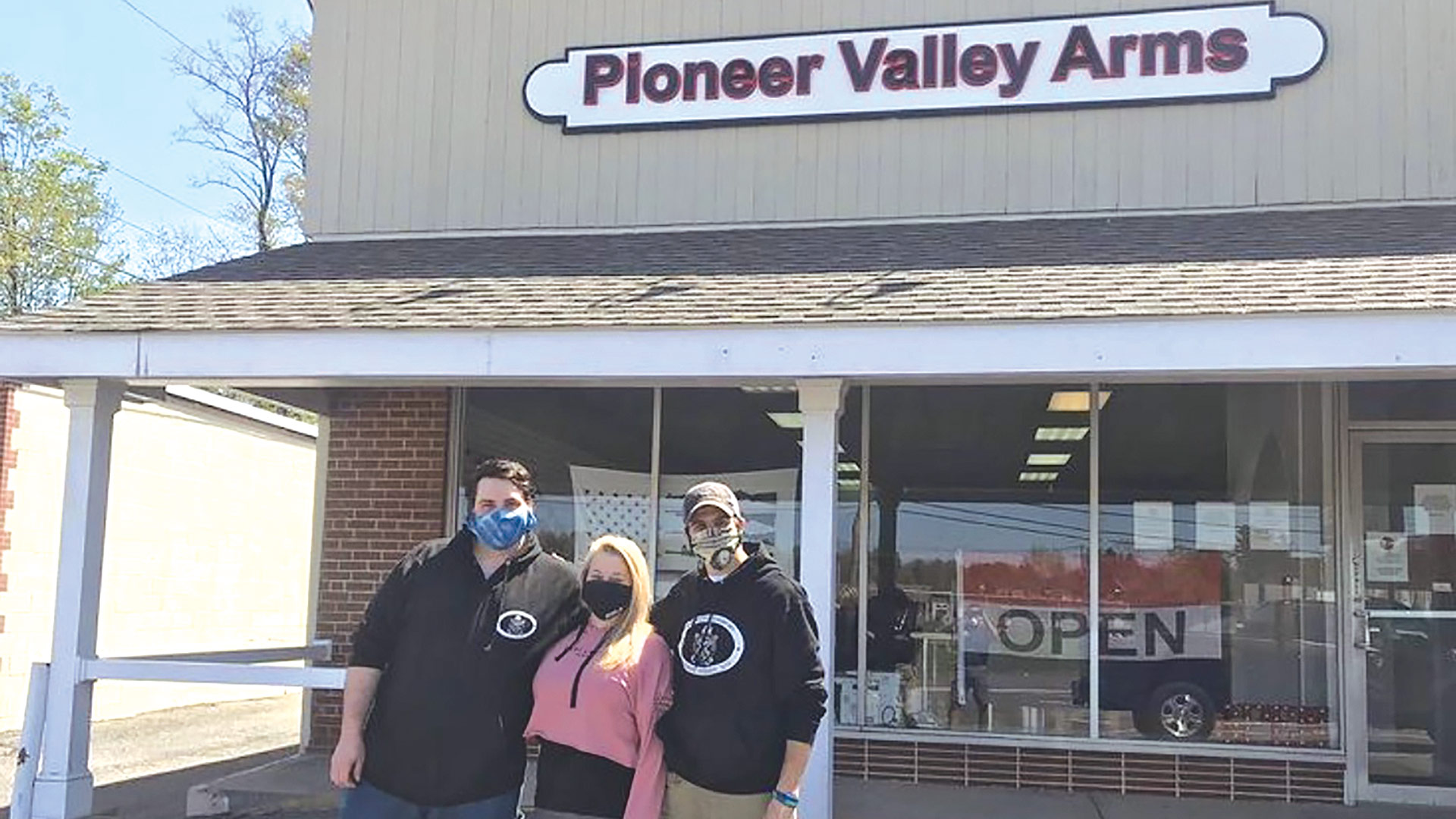 When Mary McNally reflects on 2020, it’s with no small amount of gratitude for how well her town has weathered the pandemic up to this point.

As East Longmeadow’s town manager, she credits all the municipal staff, in particular the Health Department, for its efforts to advise and inform the public on COVID-19 matters, as well as the town’s emergency manager, Fire Chief Paul Morrissette.

“The pandemic gave people the chance to see how dedicated and committed municipal public workers are to the mission that is their vocation,” McNally said. “Their willingness to do what has to be done and go wherever they are needed is something people are aware of and appreciate. I certainly do.”

Though Town Hall has been closed since March 16 of last year, staffers have been able to meet the community’s demand for services through online meetings, e-mails, and phone calls.

“We had staff, including department heads, who met people in the parking lot of Town Hall if they needed access to a particular department for a document or other item,” she said. “It was like they were carhops at the old A&W.” Without committing to any specific timeline, she is hopeful Town Hall will reopen to the public in the next 90 to 120 days.

Though she has been the full-time town manager for only 16 months, McNally has been working on a master plan for East Longmeadow to better prioritize important projects. The town recently received a grant from the Pioneer Valley Planning Commission to hire a consultant to develop the plan. McNally said a recent Zoom session to plot out the vision of the master plan drew great participation from residents. Part of the grant requires the master plan to be completed by June, and she is confident about meeting that deadline.

“To state the obvious, it’s been one heck of a year.”

Back in December, the town council changed a zoning bylaw that has a direct impact on the site of the former Package Machinery. Once zoned only as industrial, the change allows for mixed use, which would allow residential as well as commercial buildings to locate there. McNally said the new zoning bylaw applies townwide.

“Previously, mixed-use zoning didn’t exist in East Longmeadow,” McNally said. “Because this zoning change applies to more than just the Package Machinery site, it opens the door for developments all over town.”

At this time, there are no formal proposals to develop the Package Machinery site, but past discussions have suggested construction of single-family homes, condominiums, apartments, and light-use business entities, she noted. “The idea would be to have a new walkable neighborhood near the bike trail and the center of town.”

While several businesses in East Longmeadow suffered from the pandemic, others experienced more demand for what they sell. Bobbi Hill is the fourth generation to work for W.B. Hill, a custom builder of oil trucks that has been incorporated since 1910 and located in East Longmeadow since 1965.

Hill’s title is manager, which she defines as running sales, marketing, parts, and human resources. The company primarily builds and maintains tank trucks, the kind that carry home heating oil and trailer tanks (known as ‘trailers’ or ‘tankers’) that connect to a truck cab, most often associated with hauling gasoline. Despite the world burning less petroleum during the pandemic, Hill said she saw only minor impact in a couple areas of business.

“The pandemic had a little impact on service work for tankers that needed repair,” she noted, quickly adding that COVID has not affected sales of new tank trucks, which have a backlog of orders. “If a customer walked in today to order a tank truck, I probably wouldn’t be able to deliver it until September.”

In the only consumer-facing part of the business, W.B. Hill is an official vehicle-inspection station. At the beginning of the pandemic, it shut down the consumer-vehicle business but continued with tanker inspections. “Pandemic or not, tankers need to be inspected,” she said. “They go through a lot of rigorous testing every year and cannot travel with an expired sticker.”

Though business is brisk right now and there is still plenty of demand to transport heating oil and gasoline, Hill has begun looking to the future.

“With electricity being pushed all over the country, I’m looking for us to become more of a parts business,” she said. By purchasing a building next door from Northeast Wholesale Lumber, she conceded that her “big dreams” of increasing the parts business is not happening right away because of high startup costs. Until then, Northeast continues to lease half the building.

“We are experiencing a bit of a boom in housing due in large part to the low interest rates.”

“We sell parts now, but I’d like to do more online and on a much larger scale,” she said. “There really isn’t anyone in New England who sells parts for these vehicles.”

Though a relatively new business in East Longmeadow, Pioneer Valley Arms (PVA) is another business that remained active during the pandemic. Owner Kendall Knapik, who opened the shop two years ago, had to shut down in the early days of the pandemic. A lawsuit by other gun stores claiming infringement of Second Amendment rights forced Gov. Charlie Baker to deem gun stores an essential business. When she reopened, Knapik’s already-successful shop saw a jump in sales.

“After the pandemic hit, our customer volume tripled,” she said. “We’ve increased our clientele tremendously, and we’re teaching many more safety classes.”

The combination of COVID-19, protests that took place in different parts of the country, and the presidential election all played a role in driving sales, she added. “Uncertainty and election years tend to drive sales more than a typical year.”

Knapik talked about a new wave of people coming in to protect themselves, their homes, and their loved ones. After 10 years in an industry she described as most often serving middle-aged male clients, Knapik opened her business to counter what she called the “usual gun-shop attitude.”

“It’s an attitude where shop owners and employees tend to be closed off to new clientele such as females,” she explained. “I wanted to have a shop where women and men would feel welcome and not afraid to come in.”

E. Longmeadow at a Glance

Her strategy seems to be working, as female customers to the store have increased 30%. “I’ve done more background checks on gun sales for women in the past few weeks than ever before.”

Knapik made it clear that proper training and gun safety are the top priorities for PVA. She and her staff now hold safety classes every night of the week and, since the pandemic, have increased the number of classes during the day on Sunday.

“Our store draws many who are first-time buyers, so we get a lot of new people who just want to come in to learn about getting their gun license and what’s involved,” she said. “It’s something we definitely encourage.”

A potential gun owner must take a safety course in order to apply for a license-to-carry permit in Massachusetts.

“Some people are ready to pursue the process right away, while others need to mentally prepare themselves for it,” Knapik explained. “We’re just happy to be there to help them, whether they decide to pursue a license or not.”

Knapik credits her involvement in the East of the River Five Town Chamber of Commerce for helping to establish her business in town, and called joining the chamber “the best marketing decision we made.”

“Customers have really responded to the small shop and family-owned feel of PVA,” she said, adding that she and her staff are on a first-name basis with many of their customers.

While Knapik praised East Longmeadow as a welcoming place to do business, increasing numbers of people are finding it a good place to call home as well. McNally said 28 new houses and condominiums were completed in 2020, and an additional 19 homes and condos are currently under construction.

“We are experiencing a bit of a boom in housing due in large part to the low interest rates,” she said. Three developments — Bella Vista, Hidden Pond, and Fairway Lanes — have added 45 new building lots to the town.

Looking ahead, East Longmeadow continues to work with the Massachusetts School Building Assoc. to study whether the town needs to replace the 60-year-old high school with a new building or if the existing facility can be renovated to suit educational needs for the future. McNally sees the potential for a new high school as a key to keeping the community vital.

“If people have confidence in the educational system, it inspires them to be happy citizens who want to contribute to the betterment of the town.”

McNally concluded that, while many of the projects in town have not been completed, all are progressing. “We have several big projects that all require lots of time, attention, and planning. I’m pleased because we have a dedicated staff working on them full-time.”

Clearly, despite enduring “one heck of a year” marked by a worldwide pandemic, East Longmeadow is staying on track with important projects that promise to add economic vibrancy and quality of life.