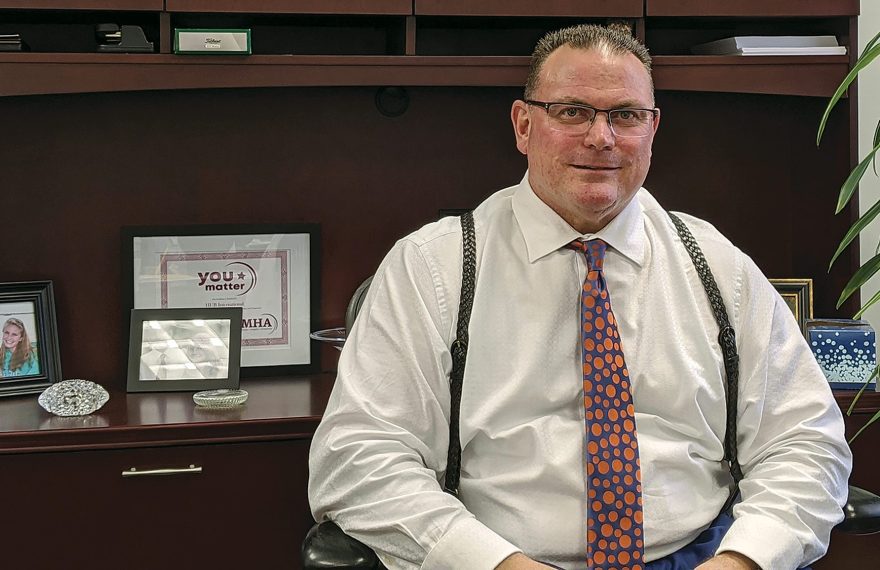 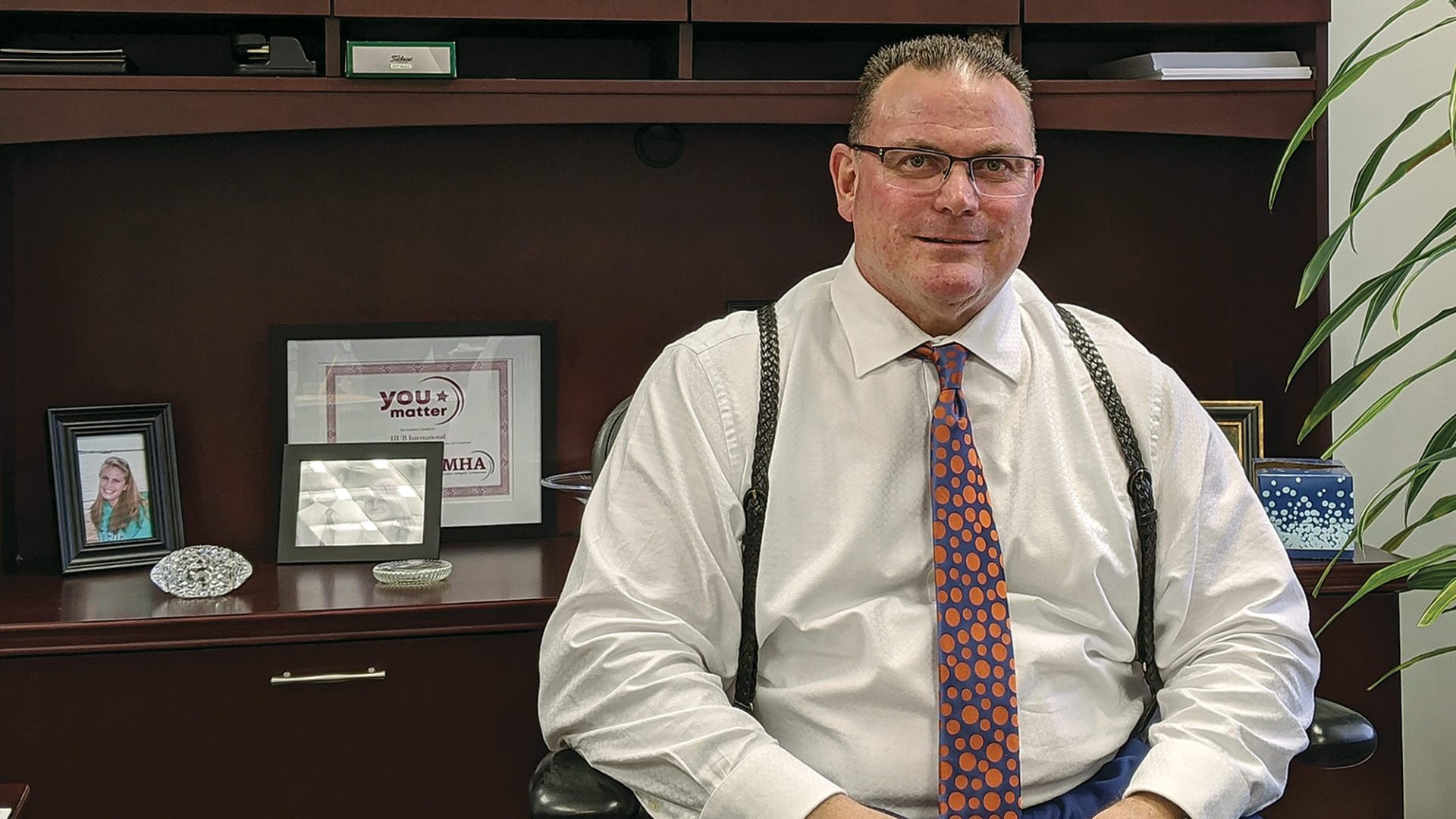 Timm Marini says HUB has become more “laser-focused” in the way it grows.

If you think you’ve seen more headlines than usual lately about insurance agencies being bought and sold, you’re not mistaken. In fact, 2021 was the fifth straight record-setting year for M&A activity in the insurance world. The reasons range from federal fiscal trends to a desire to broaden an agency’s expertise; from pandemic fatigue to the aging of the Baby Boomers who built and grew many of these firms. The idea, area leaders say, is to grow strategically, with customer service and company culture at front of mind.

HUB International is no stranger to mergers and acquisitions in the insurance world; they have long been a key element of the company’s growth, nationally and globally.

“For us and some of the bigger acquirers, we’re getting more laser-focused in what we do,” said Timm Marini, president of HUB International New England. “It used to be you acquired to grow — and grow profitably. And then it became geographic expansion, where you wanted to find some agencies in places where you weren’t.

“In the last 18 to 24 months, it’s gotten more laser-like,” he went on. “When I say that, I mean looking for specialists or looking for specialty shops that may bring in different disciplines, like medical malpractice, life sciences, startup companies, or financial services. In the last two years, we’ve acquired 50 investment firms across the country, four or five of them in New England alone.”

“Part of that was the pending increase in taxes — people were nervous the tax rate was going to go up significantly, and that may have given some of them the impetus to sell,” he noted.

“The heightened activity can be traced back to a number of different factors. Firms who sold believed that they might be negatively impacted by a potential federal capital-gains tax increase and a shift in expectations by the insured community,” he wrote on the firm’s blog. “While tax legislation was not enacted in 2021, there are still looming concerns that it could happen at some point in 2022. Will it be retroactive? Anything is possible, but at this point concern about a significant tax increase has waned.”

But other factors have been in play as well, Marini said. “I also think there’s some COVID fatigue in the marketplace, folks dealing with all the extra issues we’ve all had to deal with. Plus, honestly, the multiples folks are paying for these companies are significant.”

John Dowd, president and CEO of the Dowd Agencies, agreed, calling the current landscape a “feeding frenzy” marked by “irrational exuberance” on the part of buyers. “We look at what’s a good fit, what’s a fair price. We’re not going to chase.”

Dowd, whose own firm has made some key additions recently (more on that later), sees a demographic shift in play as well.

“Baby Boomers, who built this modern-day economy and have been a powerful force in every industry across the country, have been retiring to the tune of 2 or 3 million a year. That obviously includes every segment of the economy, including insurance agencies,” he noted. “A lot of agency owners have reached the point of retirement, and if they don’t have an internal succession or perpetuation plan in place, they might look to sell to somebody. That’s what’s going on out there.” 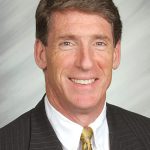 “A lot of agency owners have reached the point of retirement, and if they don’t have an internal succession or perpetuation plan in place, they might look to sell to somebody.”

As for that feeding frenzy, Dowd and Marini both noted that agencies are being sold for multiples of the EBITDA (earnings before interest, tax, depreciation, and amortization) valuation formula that would have been uncommon just a decade ago.

“Our business models haven’t changed, so why have these multiples suddenly gone so much higher?” Dowd wondered. “It’s causing people to maybe sell sooner than they had planned, thinking the multiples will go away sometime, and they don’t want to miss out on an opportunity to monetize their asset.”

There are two ways of growing an insurance company, Dowd told BusinessWest. One is organic.

“That’s what we do every day, trying to attract more customers and certainly hold onto and retain those we already have,” he said. “Then there’s growth through acquisition. Our philosophy and strategy is to do both. Any business plan is going to focus on growth, profitability, and retention. When you put together your growth plan and have a healthy balance of organic growth and growth through acquisition at a pace you can accommodate and not stress your staff and your balance sheet, that’s what we consider a good, strong, healthy philosophy for growth.”

Marini said HUB has made targeted investments in niche-specific talent as a way to better serve customers, but has also not shied away from acquiring good-sized firms in the region — like the Insurance Center of New England in 2019, a move he called a strong “cultural mesh” at the time, similar to the one HUB found when it acquired his former firm, Field Eddy, five years earlier.

Over the past year or so, the Dowd Agencies acquired two local agencies, J. Raymond Lussier Insurance and Wilcox Insurance Agency, citing a similar cultural fit.

“When I talk about a good fit, it’s book of business, carrier representation, geographic location, and, most important, cultural fit,” Dowd said. “By that, I mean, are the current owners sharing the same philosophy that we have in terms of how they treat clients and how they treat staff? When there’s a good match in those two areas from a cultural standpoint, we can begin to move forward with analyzing the proposal that’s on the table.

“Not every prospective agency is a good fit for acquisition,” he went on. “We know the metrics we look for, and we have to check the boxes before we start to move forward. We can’t grow for the sake of growing; we have to do it incrementally and selectively. That’s our philosophy. We see people out there acquiring agencies all over the place; they’ve got their own philosophy, and we have ours.”

Elaborating, he called Lussier and Wilcox good examples of strong cultural fits. “We’ve known these owners for years. We know how important a priority their customers were. It was very important to these owners that their clients, who they worked very hard to build over the years, are going to be well cared for by the new owners, treated similarly and respected and serviced at the level they had become accustomed to. 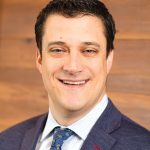 “The build-versus-join decision is bringing a lot of firms to the deal table. This dynamic is not going away, and the market will likely continue to be very robust.”

“The proof is in the pudding,” Dowd added. “Lussier came on a year ago, and Wilcox was six months ago, and they have blended beautifully with our staff. We’ve had some get-togethers as a team where everyone gets to meet and know one another.

“That careful vetting is really important so there’s not any disruption to service to clients, that it’s seamless and smooth, and everyone is comfortable,” he went on, “because people get anxious when there’s change. It’s natural. To the extent we can, we want to address and dispel those concerns before, during, and after the transition. And it’s worked well.”

A larger agency with a broader range of specific expertise is important to customers these days, Marini said.

“Customers are demanding more service for the same dollar amount,” he noted. “And then, industry experts who know the nuances of different coverages can negotiate better premium deals with their carriers.”

It’s a win-win, in other words.

“One major driver of sellers coming to the table is evolving expectations of brokers’ clients, the buyers of insurance,” Trem wrote. “Since the beginning of the pandemic, insureds have created an expectation that their broker act as a consultant, not just someone who helps purchase insurance coverages. The end client is looking for someone who can help provide strategic guidance, risk management, and/or mitigation services.

“This creates a conundrum for insurance brokers who must keep investing in tools, resources, and talent in order to effectively compete,” he went on. “Independent brokers have to decide whether they want to use their cash flow to make these investments or partner with a firm that has already done it. The build-versus-join decision is bringing a lot of firms to the deal table. This dynamic is not going away, and the market will likely continue to be very robust.”

Building broader and deeper expertise in an insurance agency is one way to counter the bottom-line-focused direct writers, Marini said, especially on the personal-lines side, where they continue to grow market share in New England. And not just expertise, but relationships.

“We don’t want to be big just to be big; that thinking was 10 or 15 years ago. Now it’s getting big to be good, or just being good … and part of that model is having independent expertise, services, and claim advocacy like never before.”

He noted that HUB has won some national awards for its COVID-related communication about how the industry should react and deal with all the different challenges the pandemic has wrought. “We’ve had some competing brokers, large companies, bigger than us, grabbing those materials for their customers. We didn’t protect it; we shared it.”

Dowd agreed that M&A activity often focuses on what it brings to customers, from a broader carrier mix to specific expertise. While the mergers with Lussier and Wilcox focused more on the shared culture, he added, any benefit to customers is a factor when considering an acquisition.

Nationally, those mergers and acquisitions will continue to be a major story in the insurance world. After five straight years of setting new records for M&A activity, Trem doesn’t see a major slowdown in 2022.

“Buyers and investors are continuing to push their way into the marketplace,” he wrote. “If anything, the pandemic reminded the financial community what a great investment the insurance distribution space is and that demand is greater than ever before. It is a very favorable seller’s market because there is still more demand than there is quality supply.”