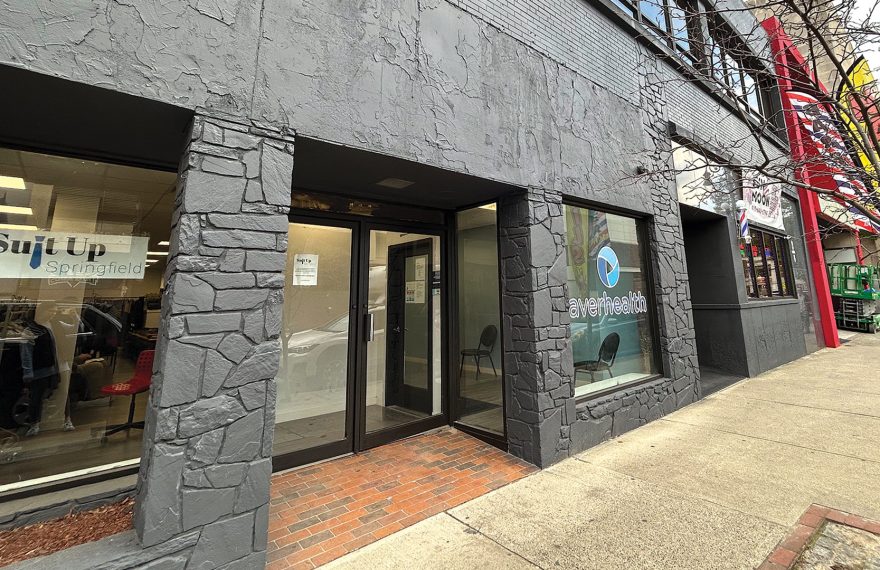 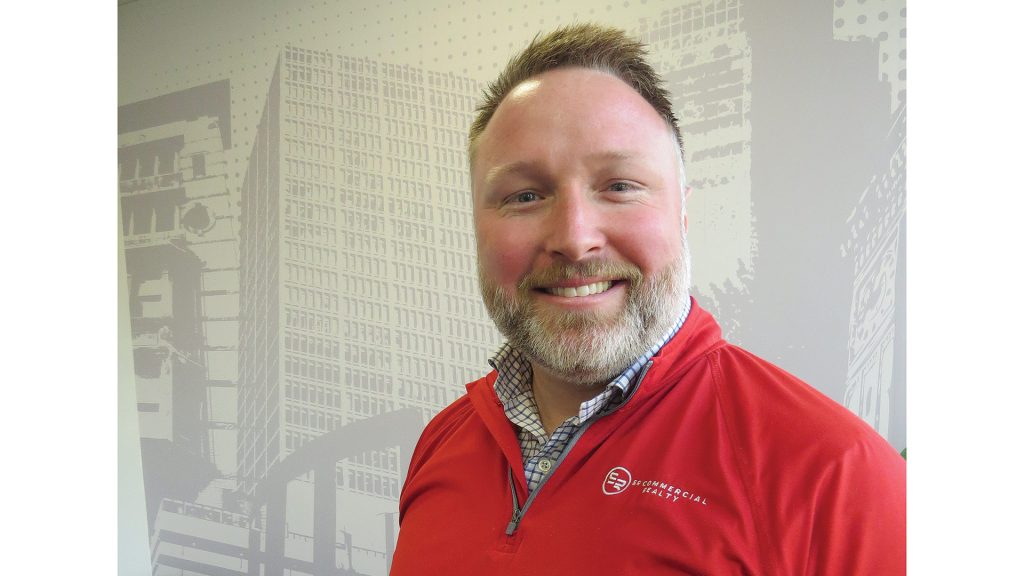 Jeremy Casey had decided it was time to move on from the banking business.

He had already been with several area institutions, working in commercial lending and, to a large degree, commercial real estate, and was seeing the industry change — and consolidate — around him.

He was with Chicopee Savings Bank and doing well there, but could see the handwriting on the wall in the form of a seemingly inevitable merger with Westfield Bank, one of his former employers.

“I didn’t want to be one of those people who jumped from bank to bank and to higher positions in those banks and then to another bank,” he said, adding that he had decided it was time to think about a change.

It would come first with some entrepreneurial undertakings, including an ill-fated venture called Name Net Worth, an app that would essentially measure what he called the ‘ripple effect’ from networking encounters. When that initiative failed, he took a big leap into commercial real estate and a managing-partner position with Springfield-based SR Commercial Realty, a company soon to mark five years in business.

It’s a growing, evolving venture that is making some noise in the market — figuratively but also quite literally. Indeed, Casey said that one trait that separates this company from other players in the market is its progressive and aggressive — some would say loud — marketing of properties.

“We’re noisy — you can’t get away from us,” he explained with a laugh, noting that the company has used large signs (the largest allowed by local ordinances), drone footage, videos, and other methods for bringing attention to properties in the portfolio, which is dominated mostly by industrial properties, retail, and land for development.

Many companies are using some of these tactics now, but Casey says SR Commercial Realty was breaking ground with such methods several years ago.

“Some brokers were actually mocking us at the time, but now, it’s the standard five years later,” he said, adding quickly that ‘noisy’ marketing is only one of three pillars that shape the company’s operating style. The others are communication and responsiveness, traits that have helped SR consistently build on its portfolio and add properties ranging from Thornes Market in Northampton to the former Channing Beete complex in Deerfield, sold to Treehouse Brewery; from the former Berkshire Industries property in Westfield to several properties in downtown Springfield and also downtown Hartford.

“Commercial real estate has been the same forever, but it will change, whether people like it or not. Technology will pay a huge role, and that gives us a good competitive advantage, because we’ve already been using it.”

Each of these properties is in some way unique, and they have been handled differently, he said, adding that this is one of the linchpins of the company’s operating philosophy.

Moving forward, Casey said the goal is to obviously continue to build the portfolio and expand the company’s reach — it has already added properties in the Boston area and on Cape Cod — while also being on the cutting edge of changes coming to the industry, not just in how properties are marketed, but to how business is done in general.

These are changes he believes are needed — and also inevitable.

“The industry needs to be disrupted,” he said. “Commercial real estate has been the same forever, but it will change, whether people like it or not. Technology will pay a huge role, and that gives us a good competitive advantage, because we’ve already been using it.”

For this issue and its focus on commercial real estate, BusinessWest talked at length with Casey, one of its 40 Under Forty honorees from his days in banking, about SR Commercial Realty and where he hopes to take this company in the years to come.

The wall behind the desk in Casey’s office features a treatment depicting several of the landmark buildings in downtown Springfield — Tower Square, Monarch Place, the Colonial Block, the Campanielle, among others.

It’s one of the countless touches in the Willow State Building (so-called because it sits at the corner of Willow and State streets in downtown Springfield), which he co-owns with a few partners, that he did himself.

In fact, the partners did just about everything themselves, he went on, pointing to everything from the red, black, gray, and a little bit of green paint used on the walls in the SR Commercial Realty offices to the bathroom fixtures in all the suites; from the exterior façade (more black) to build-out for several new tenants, which range from Suit Up Springfield to HomeCare Hands to a new restaurant in the early stages of construction.

“We’ve put thousands of hours into this property — we’ve been working on it for three years straight,” he said, adding that he and his partners have succeeded in creating what he called a “community.” 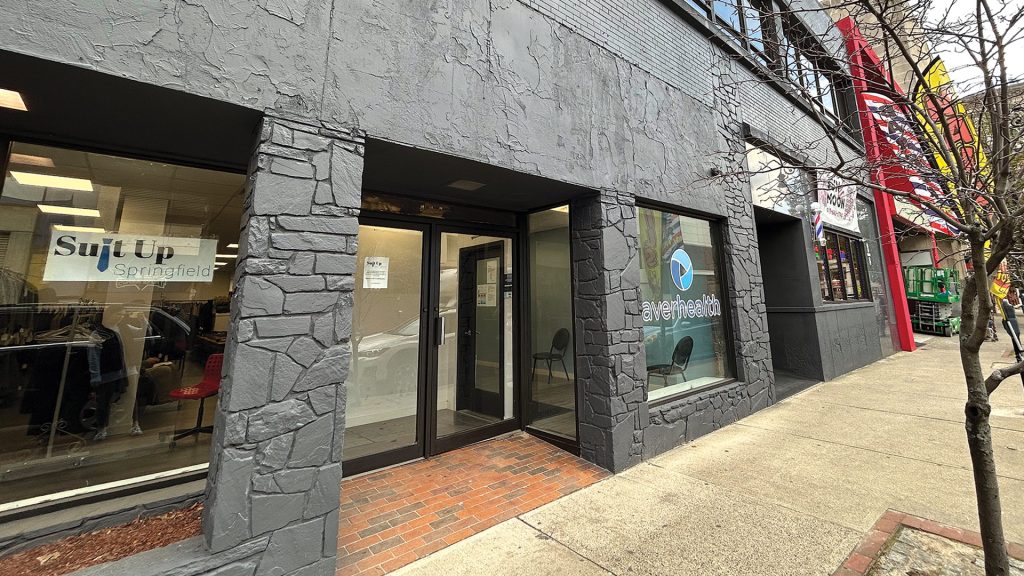 Renovating and securing new tenants for the Willow State Building has been one of Jeremy Casey’s passions. Growing SR Commercial Realty and expanding its portfolio and geographic reach has been another.

The Willow State Building has been a passion for Casey since he and his partners acquired it just prior to the start of the pandemic — or, more accurately, one of his passions, with SR Commercial Realty being the other.

Both have been works in progress and studies in entrepreneurship, resourcefulness, and well, different ways of doing things.

In many respects, anyway.

Indeed, Casey said the fundamentals of the commercial real-estate business, mostly the same as they are in banking, have not changed and won’t change.

Both sectors are grounded in relationship building and responding to the needs of customers, he explained, noting that he has taken these principles from his time in banking to this next chapter in his career.

This chapter started just after the demise of Name Net Worth, a very difficult time in Casey’s life, one when he looked inward and decided to move forward rather than look back or dwell on the present.

“I could have sat there and pouted and gone ‘poor me’ … it was a tough time, I had a newborn baby, we just bought a house, and we were gutting the house and redoing it, and I had no job, nothing,” he recalled, adding that he called his eventual business partner, who already had a small commercial real-estate business, and proposed a new venture.

“I linked up with him, and we took the same methodologies we used in the startup world and took them to commercial real estate,” he explained. “Specifically, that means listening to customers, not just coming up with what we think, but listening to where the pain points are in the industry.

“And, candidly, there were a lot of them,” he went on, adding that the company was founded with that focus on marketing, communication, and responsiveness.

With marketing, as he said earlier, the goal was to push the envelope and look for new, different, and more effective ways to do things.

Partnering with Seven Roads Media (so named because it was based in East Longmeadow, where seven roads come together at that famous rotary), which is now a tenant in the Willow State Building, SR Commercial Realty worked to take commercial real-estate marketing to the proverbial next level with video and other strategies, including large signs.

“The largest sign we did was nine by 18 feet, and we did two of them — they were so large, they needed wind slits,” said Casey, referring to a property in Middletown, Conn. “We’ve painted buildings to bring attention to them … we try to get as much exposure as possible.”

This is what Casey meant by ‘noisy,’ which he believes is just one of the company’s attributes as it works to expand its portfolio and grow market share.

Others include the staff itself. It is young, with the average age of the brokers being in the 30s, and diverse, with brokers coming from different backgrounds in business, he said, adding that these various attributes are beneficial in this market and many others where demographics are changing.

“Not one person in this company had commercial real-estate brokerage experience prior to joining,” he said, adding that the different work experiences have brought fresh perspectives on how to do things.

Also beneficial, he said, is the high level of involvement, and communication, with clients, that has been the company’s MO.

“A broker is, by definition, someone who introduces two parties to consumate a relationship of a deal,” Casey explained. “But we’re very involved … the staff that we have here act like paralegals, so our deals don’t fall apart. We like to say that we provide a hands-on, white-glove experience with transaction coordination and transaction management; we work with clients so they truly get the experience they want.”

Like the lobbies of most all commercial-real estate firms, the one at SR boasts photos of properties it handles or has handled.

Casey pointed to framed aerial images of Thornes Marketplace, a section of downtown Hartford, and the Channing Beete property in Deerfield, before it was transformed by Treehouse.

The goal moving forward, obviously, is to build on this collection and fill more walls with pictures.

This can be done by focusing on the proverbial big picture, he went on, referring, again, to the company’s focus on listening to customers, hearing what they’re saying, and responding accordingly.

By continuing to do that, this growing company can make even more noise in this highly competitive industry.