Bob Nakosteen has an old saying hanging in a frame in his office at the Isenberg School of Management at UMass Amherst — the one he hasn’t been in but once since last March.

It reads: “You Can See the Future by Looking at the Past.”

Nakosteen, a professor of Economics at Isenberg, said he’s lived by those words, especially at this time of year, when he’s asked to try to forecast what might come over the next 12 months.

Only this time, that saying doesn’t hold. Indeed, while people tend to throw that word ‘unprecedented’ into the mix early, often, and sometimes when it doesn’t actually apply, one could certainly use it with regard to COVID-19, the economy, and any efforts to look into the crystal ball and make some projections.

“In virtually every situation I’ve been in before, you can pick out an historical situation that came close and give some perspective on what might happen next,” he said. “Now, you can’t at all. Even 1919 and the last global pandemic was different; there was lingering demand from World War I, and a lot of global agriculture had been shut down. That really bolstered United States agriculture; we were still predominantly an agricultural country. There were some circumstances that we can’t duplicate now.”

So if people can’t look to the past to project what will happen in 2021, how can they handle that assignment?

“Not very easily,” said Nakosteen, who noted there are always question marks going into a new year. This year, they come by the bushel bag, and cover everything from vaccines — how effective they’ll be and when they’ll be widely available — to overall consumer confidence, always a huge issue in determining which way the arrow will point; from the election of a new president to what’s happening in other countries, especially with regard to the pandemic; from the employment scene (specifically, how many of those millions of lost jobs will actually come back) to whether, and to what degree, Congress keeps printing money and dispensing it to those in distress. 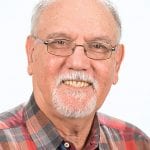 With these vaccines coming online, once people get them, and they have confidence that other people have done the same thing, then you’ll likely see a pretty robust recovery, starting slowly and then accelerating. But, then again, we’re in completely uncharted territory.”

Add it all up, and there is simply too much uncertainty to make any real projections, said Nakosteen, adding that, while the country may well avoid another recession, or the dreaded ‘double-dip recession,’ as it’s called, the eventual shape of the recovery — which has been the subject of endless conjecture, with possibilities ranging from a V to a U to something like a Nike swoosh — is still be to determined. Obviously.

“What we could have is a W-shaped recovery,” said Nakosteen, offering another possibility, noting that, in this scenario, the economy would move back down again, hopefully not as bad as it did when it cratered last March, but eventually climb back up.

“With these vaccines coming online, once people get them, and they have confidence that other people have done the same thing, then you’ll likely see a pretty robust recovery, starting slowly and then accelerating,” he told BusinessWest, adding that the bounce-back might also take the more dramatic Nike swoosh shape. “But, then again, we’re in completely uncharted territory.”

When asked about the factors that will dictate the eventual shape of the recovery, Nakosteen said there are almost too many to count. They include:

• How much more stimulus money will be injected into the economy. Like most, Nakosteen said the recent $900 billion package approved by Congress will help, but it won’t be enough. When asked if the federal government could keep on printing money, in essence, he said he didn’t see why it couldn’t. “One of the things that happens during an economic crisis is that the government will provide temporary support until the economy heals itself. This is not permanent; this is temporary, and it’s a bridge to the future. And right now, we need a bridge.”

• The election of a new president. “That generally seems to perk things up — there’s generally a first-administration bounce — but in these unprecedented times, who knows?”

• To what extent new habits might become permanent. These include everything from not dining out or traveling to doing most shopping online, to working remotely. “I would like to get back to going out more, but my guess is that my life has changed, and we’ll never really go back to the way it was before the pandemic.”

• How many of the jobs that have been lost are regained. Employment is always a key to any recovery, and there is conjecture that many jobs will be lost permanently due in part to those changes in behavior; and

• Whether this region can somehow benefit from these changes in behavior and attitude. Some have suggested that, now that people can successfully work remotely, they may choose to do so in a setting like Western Mass., which provides space and a lower cost of living than Boston or other major cities.

While making hard projections is difficult, Nakosteen said he could offer what he considers to be a best-case scenario:

“By early summer, enough of the country is vaccinated and enough of the state is vaccinated, and, almost as importantly, people have confidence in the vaccine and the percentage of the population that’s been vaccinated, and then you see people start to re-engage. The industries that have been hurt have all been face-to-face industries — accommodations, retail, other services, the arts, and recreation. These face-to-face services start to bounce back quickly because people have a great hunger to get back out. If things go well, you’re going to see them get back out in the summer, and that’s when you’ll start to see the beginning of a serious rebound.”

The worst case? An insufficient percentage of the population receives the vaccine, supply-chain issues “gum things out,” news of new strains of the virus spreads fear, people lose confidence in a recovery, and things drag on into the fall and perhaps longer, he said, adding, again, that myriad factors will determine which scenario — possibly one in between those two — becomes reality.

Summing things up, Nakosteen noted that, in some respects, we know what’s coming next — the administering of vaccines to millions of people over the next several months. What we don’t know is how all that is going to play out.

As he said, normally you can look to the past to see the future. But not in this case.