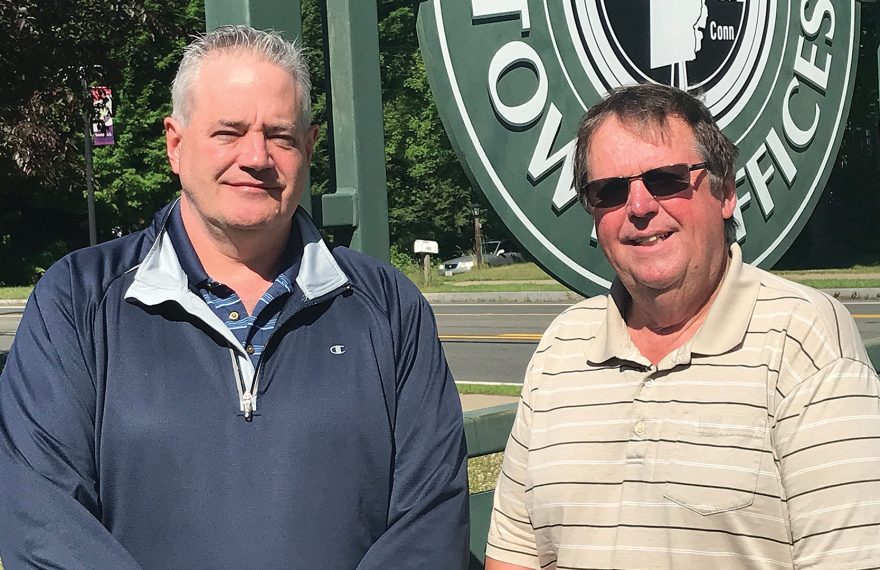 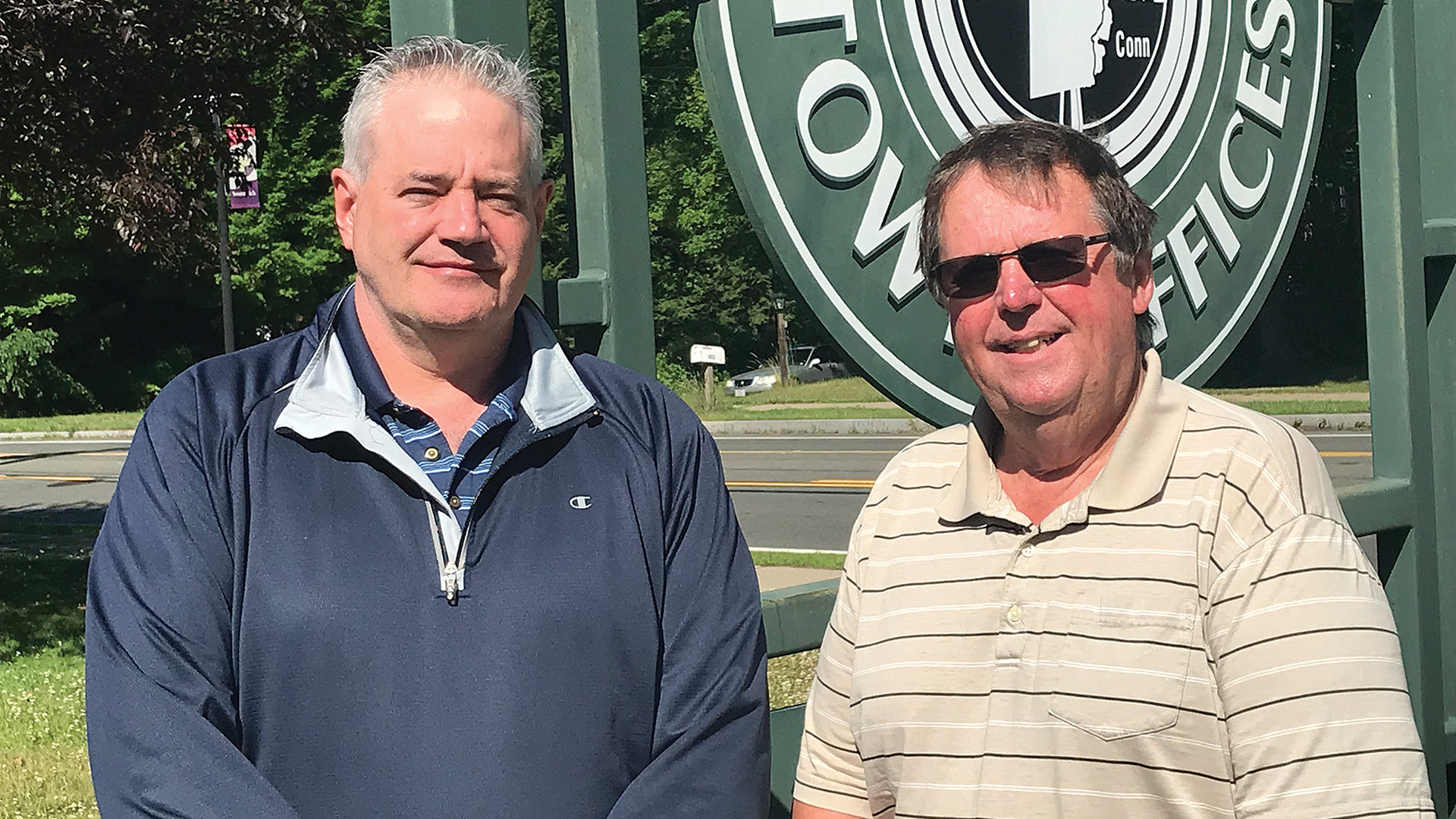 Southwick residents love the natural beauty and the many recreation choices their town offers but they also like reasonable tax rates.

Russell Fox, chair of the Southwick Select Board, said to accomplish both means business development must be part of the equation to ease the tax burden.

“It’s a balancing act that the Select Board takes very seriously,” said Fox, who has been a selectman off and on (mostly on) for more than 40 years. “I would not want to see families who have lived in town for generations say they can no longer afford to stay here.”

A balancing act indeed, as last year residents made it know that they will support some business development proposals, but not all. After the town’s planning board and select board had approved a $100 million project involving the online used car seller Carvana, residents expressed a number of concerns about the size of the project and its impact on the community.

The site where the Carvana project was proposed is a 90-acre parcel on College Highway near Tannery Road. After residents rejected Carvana, Karl Stinehart, chief administrative officer for Southwick said the owner of the property has since come up with a creative solution.

“The parcel will be broken into five lots,” Stinehart said. “We can now look to attract a retail store or a light manufacturer, something that won’t have the negative impact of a large facility.”

That’s the kind of progress that gets the attention of Eric Oulette, executive director of the Greater Westfield Chamber of Commerce.

“It’s a great idea for them to split up that parcel to make it more attractive for smaller businesses,” Oulette said. Currently, 13 Southwick businesses belong to the Greater Westfield Chamber.

Stinehart pointed to the town’s tax rate of $16.98 per thousand for both residential and businesses as another incentive for economic development in Southwick. Oulette agreed.

“Southwick’s tax rate is competitive and should help the town to attract more business there,” Oulette said.

Overall, there are many types of development happening in this recreational town, both commercial and residential.

“It’s a balancing act that the Select Board takes very seriously. would not want to see families who have lived in town for generations say they can no longer afford to stay here.”

That list includes Faded Flowers LLC, which has been cleared to build a cannabis-growing facility. Stinehart said town voters have approved this facility, which will grow and process cannabis for commercial distribution. At the same time, voters have rejected hosting any retail dispensaries in town.

“We are in the early stages of this project,” Stinehart said. “They have done some site work but have not yet built the facility. Once complete there will be a lag time before the business is productive, so we are a long way from seeing any revenue for the town.”

Meanwhile, the Greens of Southwick is a development of custom-built homes on the land that was formerly Southwick Country Club. Located on both sides of College Highway, the west side of the development features 25 lots, with only two still available. More recently work began on the east side of the property where 38 lots are planned. Phase one of the east side has only three lots available.

On the other side of town, a 100-unit condominium project near the intersection of Depot Street and Powder Mill Road has also been approved.

“When those are built, the people who live there will have close access to the Rail Trail and can easily walk to the center of town,” said Stinehart.

While all these new homes will create additional tax revenue, residents who live on Lake Congamond are begrudgingly contributing more to the town’s tax coffers due to improvements to their current homes.

For several years, many of the modest homes on the shores of the lake are getting major renovations by their owners. As a result, these lakefront residences are now assessed at a higher tax rate than before the reno work.

“People are very upset with us about their increased taxes and we tell them how the state sets the tax rate, we have nothing to do with it,” said Fox.

For this, the latest installment of its Community Spotlight series, BusinessWest takes an in-depth look at Southwick and the ongoing efforts to create that balance that Fox spoke of.

Calling the lake a tremendous asset to Southwick, Fox also noted that part of the American Rescue Plan Act (ARPA) funds the town received were used to install weir gates on Congamond.

“Weir gates help us address flood control and keep contaminated water from flowing into the lake,” Fox said. Every spring the town treats the lake with aluminum sulfate or “alum” to keep algae blooms down and improve water quality. Without the weir gates, contaminated water from flash floods would back up into the lake and negate the alum treatment. That affects the health of the lake, and the town budget, as Southwick spent $600,000 for the alum treatment.

Looking longer term, Fox said the town would like to dredge certain areas of the lake to keep it healthy.

“Lakes die naturally from sediment that keeps increasing over the years on the lakebed,” he explained. “Right now, there is an estimated six feet of sediment on the bottom of Lake Congamond.”

Because Congamond acts as a recharger for the aquifer, Fox is also hoping to start a dialogue with Westfield and West Springfield, as both communities get their water from the aquifer.

“It might be beneficial for all three towns to kick in to dredge the lake to make sure it keeps providing clean water,” he said.

Most of the $1.4 million Southwick received in its first allotment of ARPA funds was spent on a water project of a different sort, a new water pump and filtration station.

“This is a benefit to every water ratepayer and helps the town with improved water pressure,” said Fox.

Like nearly every town, Southwick has plenty of paving projects to tackle. Stinehart said town officials plan to use some of the ARPA money to fix roads in town but there’s a hitch. Budgets for road projects are set long before any paving happens.

“Because asphalt is petroleum-based, our paving projects now cost much more than we had planned,” Stinehart said. “The price inflation shortens the length of roads we can cover for that amount of money.”

As Southwick has an open-meeting form of government, big decisions are determined directly by residents.

“Everything we do must ultimately be approved by the voters at the Town Meeting,” said Fox. “I tell people all the time it’s the purest form of government.”

Stinehart explained several areas where voters have decided to make investments in their community.

“We continue to expand our paramedic EMS service which is run by the Fire Department,” he noted. “We’re adding more people so we can deliver that service at the highest level.”

Southwick is the lead community for a shared services grant to fund one full time and one part time nurse. In addition to Southwick, the nurses will cover Granville, Tolland, Blandford, Russell and Montgomery and serve in a visiting nurse-type of role. Stinehart explained that because of COVID, some people are still reluctant to go to medical facilities for routine treatment. With several towns taking part, the need for the service can be addressed at a more reasonable cost for everyone.

“It’s tough for one small community to budget for having a nurse on call, but with several towns paying it becomes more affordable for each town and it’s financially worthwhile for the nurse,” Stinehart said.

When entering Southwick drivers are greeted with a welcome sign that brands the town as a “recreational community.” One notable recreation spot in town is The Wick 338, the motocross course that continues to grow in prominence in the sport. On July 9, the course will host the Southwick National Motocross Championship, which will be televised nationally on NBC.

“Based on ticket sales so far, the organizers are anticipating one of the largest events ever,” said Fox. “I hope they have good weather for it.”

The town also hosts two popular golf courses with The Ranch and Edgewood Country Club. Stinehart discussed a new golf game in town that has begun to take off: disc golf.

“The folks at the New England Disc Golf Center have told us people are playing hundreds of rounds of disc golf every week,” Stinehart said. “It’s a relatively new sport that’s gaining in popularity.”

Southwick is still basking in the glow of its 250th anniversary celebration. Though 2020 was the actual year of the anniversary, COVID forced the town to delay scheduled events and create new ones. In a “making lemonade out of lemons” kind of way, Fox remarked that they were able to celebrate the 250th for two years instead of just one.

“In 2020 we had a rolling parade where we drove floats into neighborhoods and then last year we held a traditional parade,” Stinehart said. “We’re still selling souvenirs from the event.”

The anniversary celebration was so successful, the organizing committee had a surplus after all the costs were covered. That money will be used to make improvements to the town green and renovate the memorial to veterans who were Southwick residents.

“It’s a good use of the money and it will improve the municipal center of our community,” Stinehart said.

Reflecting on the anniversary, Fox said even with a two-year celebration, COVID prevented them from holding all the activities they would have liked to host.

At that point, Stinehart quipped, “Well, there will be a 275th anniversary.”