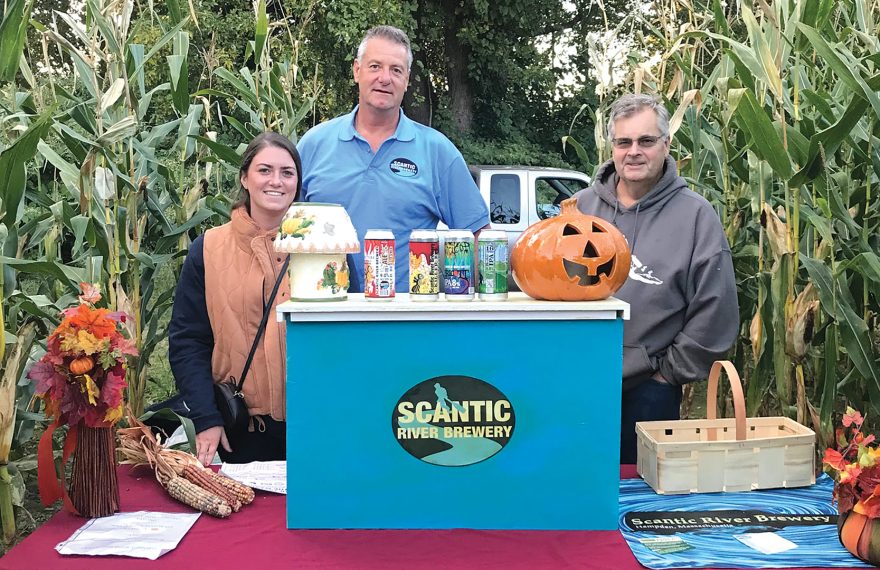 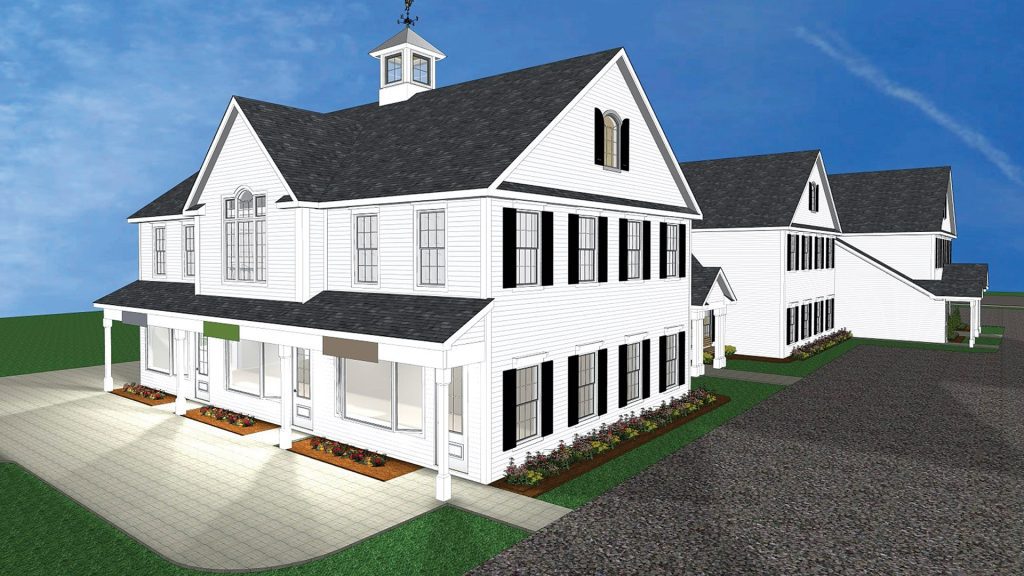 As he talked about the new home for Scantic River Brewery in Wilbraham, Dave Avery stressed repeatedly that this will be much more than a facility to make beer — although that will happen, too.

“This is a place where people can come and hang out,” said Avery, co-owner of Scantic River with Dave Buel, as he discussed the new setting on Main Street and the taproom planned for it. “The location is extra special for us because it’s right in the community, and we’re looking at this as much more than just a beer-making place.”

It will be a destination, he noted, adding that Scantic River will share the facility, now under construction, with Pafumi’s Pizzeria, long a staple in the community, in an intriguing business development that will bring more visitors, and vibrancy, to an already-busy business corridor in this mostly residential community that also has a diverse, and growing, collection of businesses both large and small.

Overall, maintaining a critical balance — between welcoming new businesses and the many benefits they bring and maintaining the small-town vibe and high quality of life this town is known for — has been the mission of town officials for decades now, said Michelle Buck, Wilbraham’s Planning & Community Development director. 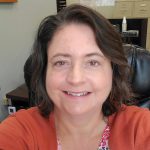 She told BusinessWest that the town has long seen steady growth in its economy and business community, and it is the goal of town officials to continue that pattern.

Grace Barone, executive director of East of the River Five Town Chamber of Commerce (ERC5), agreed. The growth she is seeing comes from people who have taken time to explore their passions; that little business that they thought would be a side hustle is really taking off and being produced on a larger scale. She added that Boston Road and Main Street are the central hubs for activity.

“There’s a lot of great places on Boston Road; it is very well-traveled, and there’s so many wonderful shops and restaurants and businesses there,” she said. “The Gratti Shop just opened; Sandy from the Scented Garden has been there for so many years. If you’re traveling to and from, you can pull into Delaney’s Market and pick up a meal. We’ve got Fieldcrest Brewery on that strip as well. The roller-skating rink is there … we’ve got a lot of stuff to do, and there’s a lot of businesses to visit.”

For this, the latest installment of its Community Spotlight series, BusinessWest explores this ‘stuff,’ and how it has come together — with more on the way — to make this town a great place to live, work, and start a business.

Those sentiments describe the thought process that compelled Avery and Buel to make Wilbraham their new mailing address.

And the location on Main Street essentially sealed the deal, said Buel, because it allows this venture to get to the critical next level in its growth and development.

“We kept hearing about people wanting to come to our brewery, and a lot of people were asking about hosting events, birthday parties, and stuff like that,” he explained. “So there were opportunities there, and we decided we needed to build a taproom. We realized we’re really missing an opportunity there. We decided to look around, and this place on Main Street in Wilbraham just looked like the ideal location for us.”

Avery and Buel have been brewing for more than a decade; they are from the area, and their daughters went to school together and played on the same sports teams.

Because they were both interested in exploring their passion, Buel started formulating recipes, and the partners started brewing beers in the back of Buel’s garage. They quickly outgrew the small system when their brand began to grow momentum. They then opened a brewing and distribution warehouse in Hampden.

Scantic River Brewery has been able to expand its distribution to Long Island, Upstate New York, Cape Cod, and the area east of Worcester; their labels are sold in 150 Market Basket locations around Massachusetts. But with a growing popularity comes increasing demand.

“The industry changes quite readily in every aspect that you can imagine between ingredient changes and style changes. And as part of those changes, the bottling turned to 16-ounce cans, or cans in general, like overnight,” Avery said. “Within a year, we had to quickly change that. So it became a little harder to do the canning in the garage — the bottling wasn’t terribly hard, but that kind of forced us to switch. Plus the volumes were picking up, so that’s where we had to get better capability.”

Buel added that, if not for the location and people in Wilbraham, the two might well have given up on the constantly changing industry. Instead, they are taking their venture in a new and intriguing direction.

Avery and Buel originally approached Mark Pafumi, co-owner of Pafumi’s Pizza, about leasing space in the proposed building, but then decided to buy into the property along with another investor. “We felt that owning and renting to ourselves made a lot of sense, as opposed to renting from someone else,” Avery said.

Three historical buildings, including the Landry, Lyons, and Whyte Real Estate office, were demolished to allow space for a new joint facility. The new location will be about 8,000 square feet, featuring two outdoor dining areas — one for each business — a taproom in the rear, Pafumi’s Pizza restaurant in the front facing Main Street, a small rental area for outdoor performers, and a second story of apartments. 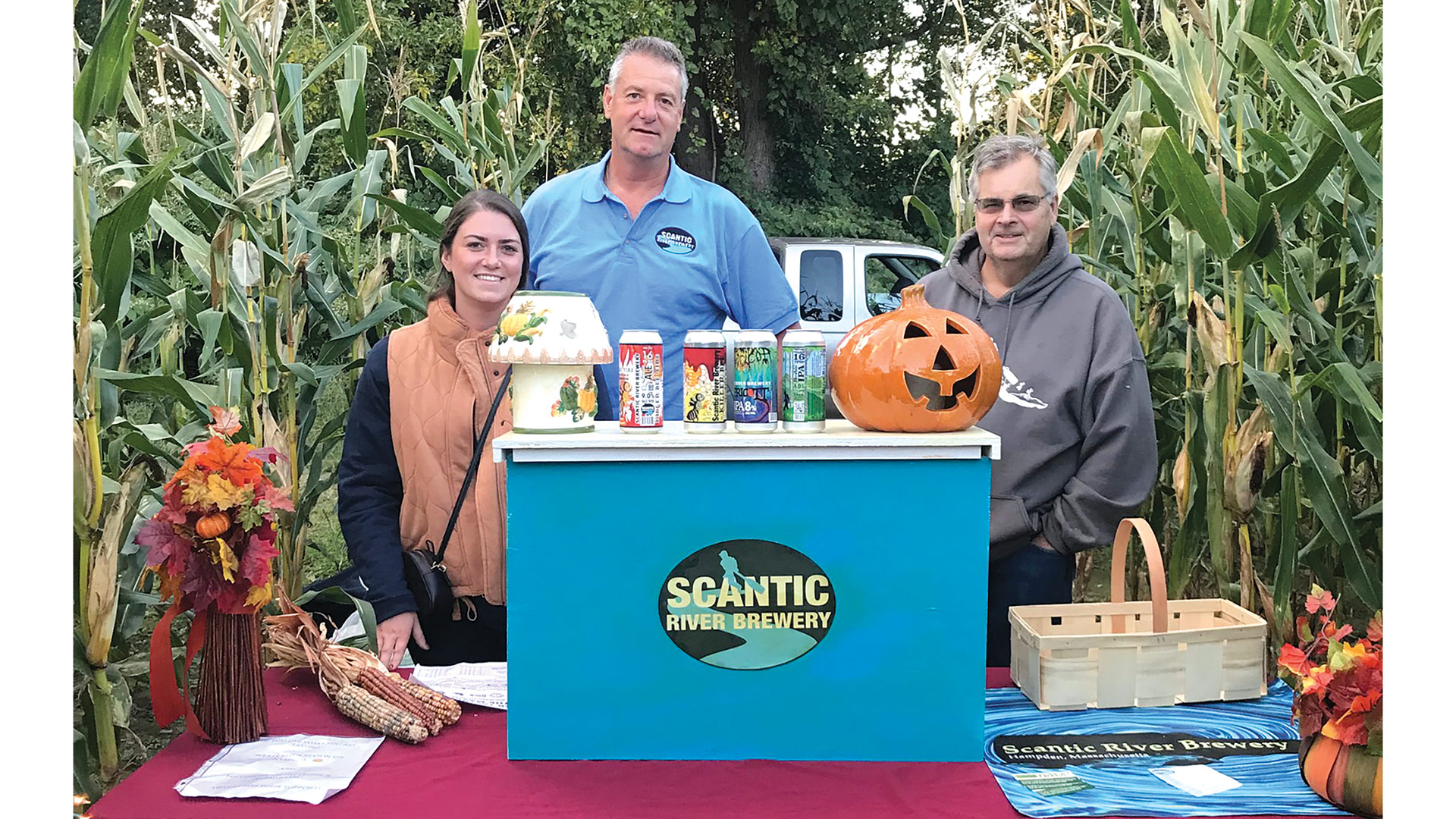 “We wanted to make it bigger and better to suit our needs, the needs of Scantic River, and the needs of the community,” said Pafumi, noting, as Buel and Avery did, that the new facility will be a true destination.

“The restaurant and the brewery will bring some life — there will be a lot of added foot traffic,” he said. “The center is the most heavily foot-trafficked area in the whole town; we’re a restaurant for the community, a place to bring your family.”

Wilbraham & Monson Academy (WMA) is looking at taking a couple of spots in the apartments as well, according to Barone. Because the school serves a diverse population of international students from 34 countries, families will need space to come and visit.

“It was a good business strategy for the time; times were tight during the 1970s,” said Brian Easler, head of school at WMA. “It was a way for schools to tighten their budgets and eliminate a lot of their debt all at the same time. But Wilbraham Academy & Monson Academy were both all-boy schools, so the merger didn’t go quite as smoothly — they were archrivals for sports. It was kind of a tricky situation.”

Since then, the school has grown exponentially, a pattern that continued even during the pandemic.

Indeed, Easler told BusinessWest that the school was able to stay open during the pandemic when many public institutions had to close their doors and resort to remote learning. Through rapid antigen testing and taking precautions as early as the summer of 2020, WMA was able to keep its positivity and transmissions rates relatively low throughout its community. Astoundingly, only 50 international students were not able to travel to the U.S. due to travel restrictions.

Surveing the current landscape at WMA, Easler said it is very close to business — or school — as usual, only with even better recruiting of top students.

“I had a senior faculty member, someone who’s been here longer than me, tell me the other day that the incoming class this year is the strongest group of students she’s seen in his 30 years at the academy,” Easler told BusinessWest. “We had one of our best college-admission lists in recent memory, and I’ve been here for about 25 years; I think it was our strongest college-admissions list yet.”

Students are excited to return to a normal school year, he continued. Classes are filling up, and families are having to be turned down. WMA is a nonprofit — all of the money that comes into the school goes to support the school, finding a way to “flood back out” to the community through consultants, service providers, contractors, and employees that live in the area — not to mention the 400 customers every year for the businesses in the center of town.

In short, WMA is an economic driver in the community, Easler said. 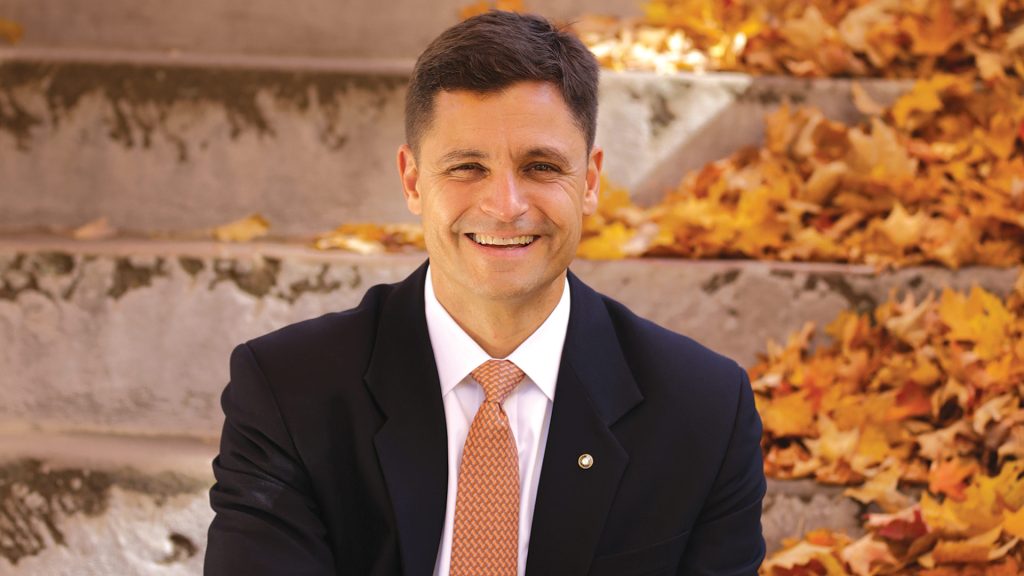 Barone agreed. When school is back in session, Wilbraham’s economy grows, she said, adding that the Village Store and Rice’s Fruit Farm are in walking distance from the academy, along the side of historical Main Street.

“They’re engaged in shopping in the area — they’re visiting that Boston Road sector, they’ll go out and shop for the holidays, and they’re buying gifts to bring home to mom, dad, siblings, and so forth,” Barone said. “When their parents come to visit, they’re going out to dinner, and they’re doing all that Wilbraham has to offer. In a lot of ways, the academy is a smaller version of a college. We don’t have the amount of students that colleges do, but we do have a strong amount of students that do impact the economy in a positive way.”

As noted earlier, Avery and Buel are looking at their new home as more than just a beer-making place; it’s a place to hang out and unwind. With local breweries like Iron Duke, Fieldcrest, and Vanishing Valley all within 30 minutes of each other, opportunities for collaboration abound.

“I’m sure we’ll collaborate on some things with them, maybe get a beer-trail type of thing going. We can get together as a group and somehow figure something out,” Avery said. “Rice’s is right down at the other end of Main Street, and there’s a sidewalk that runs the full-length between us; we could possibly do things there, like road races.”

Overall, it’s an exciting new development in a community that has put a premium on balancing business with quality of life, and only one of many stories to watch in the months and years to come.