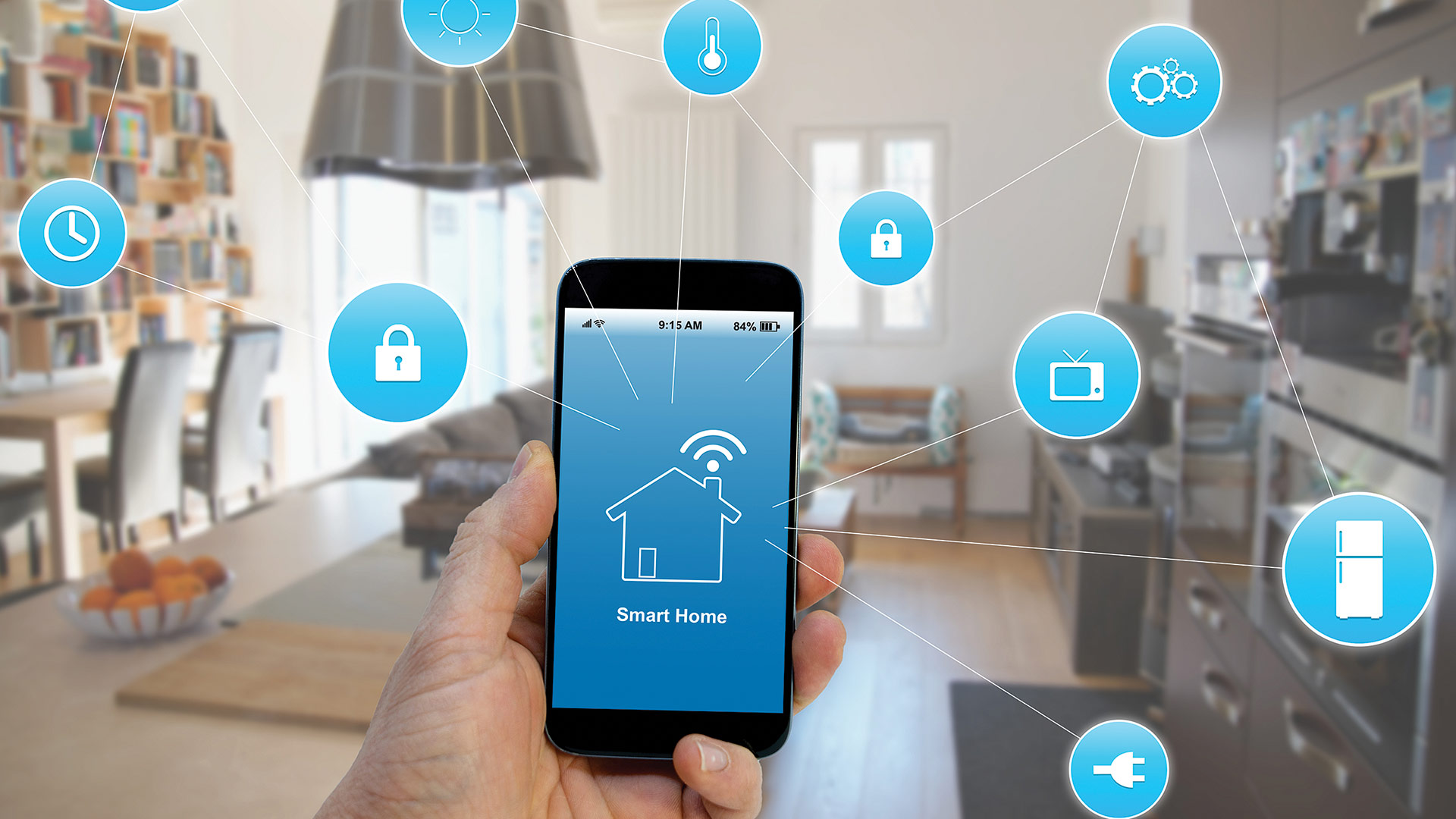 The design trend known broadly as home automation comes in many forms, from a command to Amazon’s Alexa to turn off the lights to a smartphone app that controls door locks and room temperature — and a dozen other functions — from across the country. This technology is attractive, says one local expert, because it solves problems in a very individualized way — and people like technology that makes their lives easier.

When people think of home automation, what comes to mind? Heat controls and security cameras, for sure. Maybe the TV and music, or door locks, or window blinds.

“I have a digital control panel in my shower,” said the president of Laplante Construction in East Longmeadow, noting that he inputs a ‘user profile’ that gives him the exact temperature and flow he wants. “My wife has a different profile, so hers is four or five degrees cooler, and a different shower head. A lot of this stuff is pretty cool.”

It’s stuff that’s becoming more common in the modern home, as the rise of what’s known as the ‘Internet of things’ has people connecting any number of household functions to the Internet and controlling them from smartphone apps.

“Take lighting systems. We changed our bulbs, and now the lights are controlled by cell phone,” Laplante told BusinessWest. “I’ve gotten pretty lazy with the technology — instead of getting up to turn on the lights, I just grab my phone.”

But he’s not just enjoying smart-home technology at his own house; he’s building homes for customers who increasingly demand such features themselves. He works with EPOS Systems in West Springfield — a company whose motto is “Your future home. Today.” — on whole-home automation systems that run off one app, known as Control4. But people can take an a la carte approach as well. 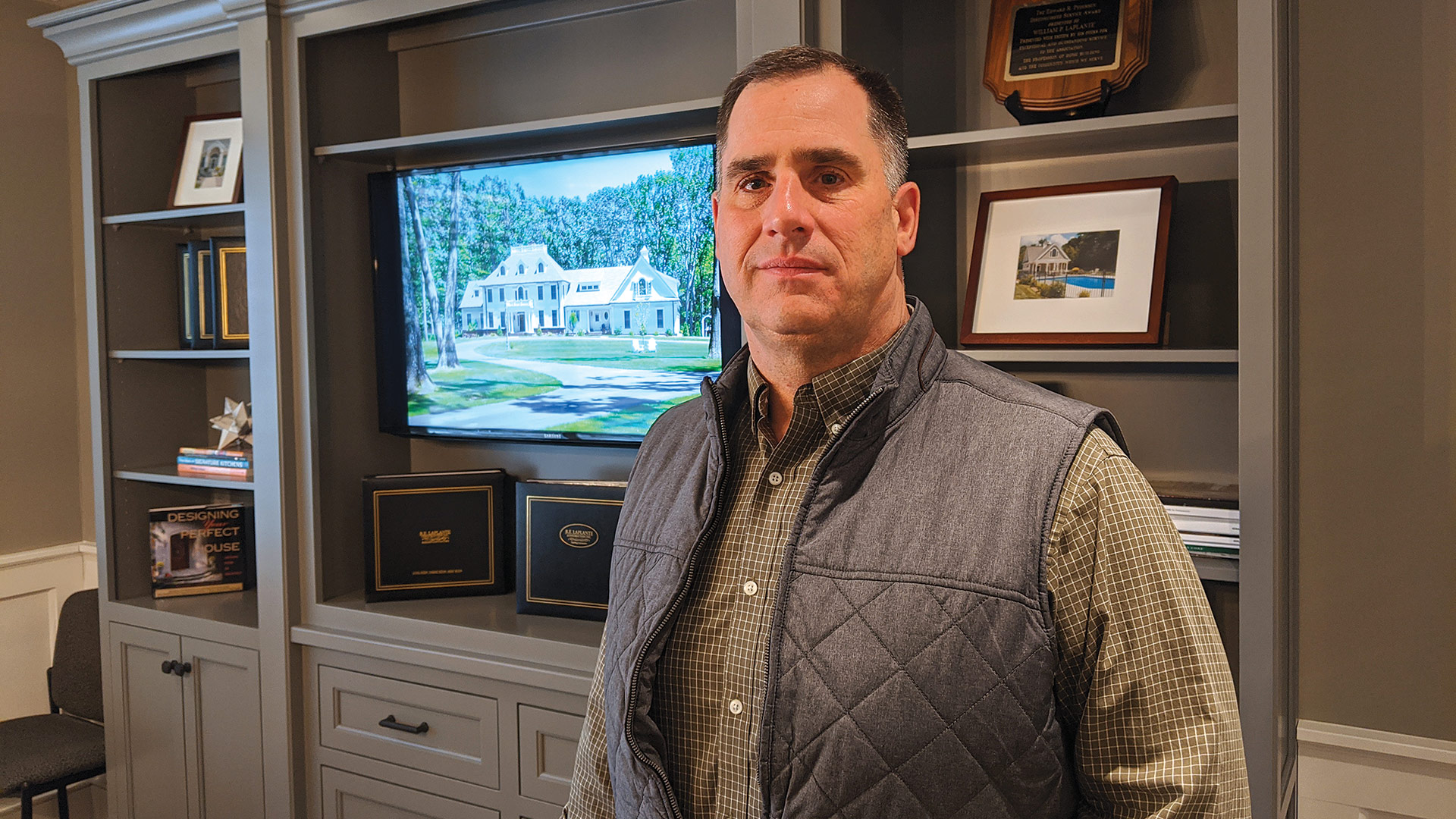 Bill Laplante says homeowners have many options when it comes to automation, but many today are opting for full-home systems that run off a single app.

“I see a combination of both. Some people, usually in the higher-end homes, will want a whole-house smarthome system that’s controlled by one app and can do multiple things with lighting, television, heat, cameras, all of that stored on one app,” he explained. “And then there are other people who want less expensive options, who have multiple apps that do different things, but it’s not necessarily controlled by one central program.”

The uses for such a system are myriad.

“When you’re away for vacation and you forgot to turn your heat down, you can do it remotely. Even the door locks — you can send a code from your phone to unlock the door for someone cleaning the house or someone coming over to watch your kids,” Laplante said. “Control4 is really a home-management system, a technology-management system. You can create lighting scenes, you can control television, music, security, garage-door cameras — virtually everything that could link together, you can link through this central system.”

The popularity of so-called ‘smart homes’ is only expected to increase as more people experience it and costs continue to drop. According to Forbes, the value of the smart-home device market will grow from $55 billion in 2016 to $174 billion by 2025. 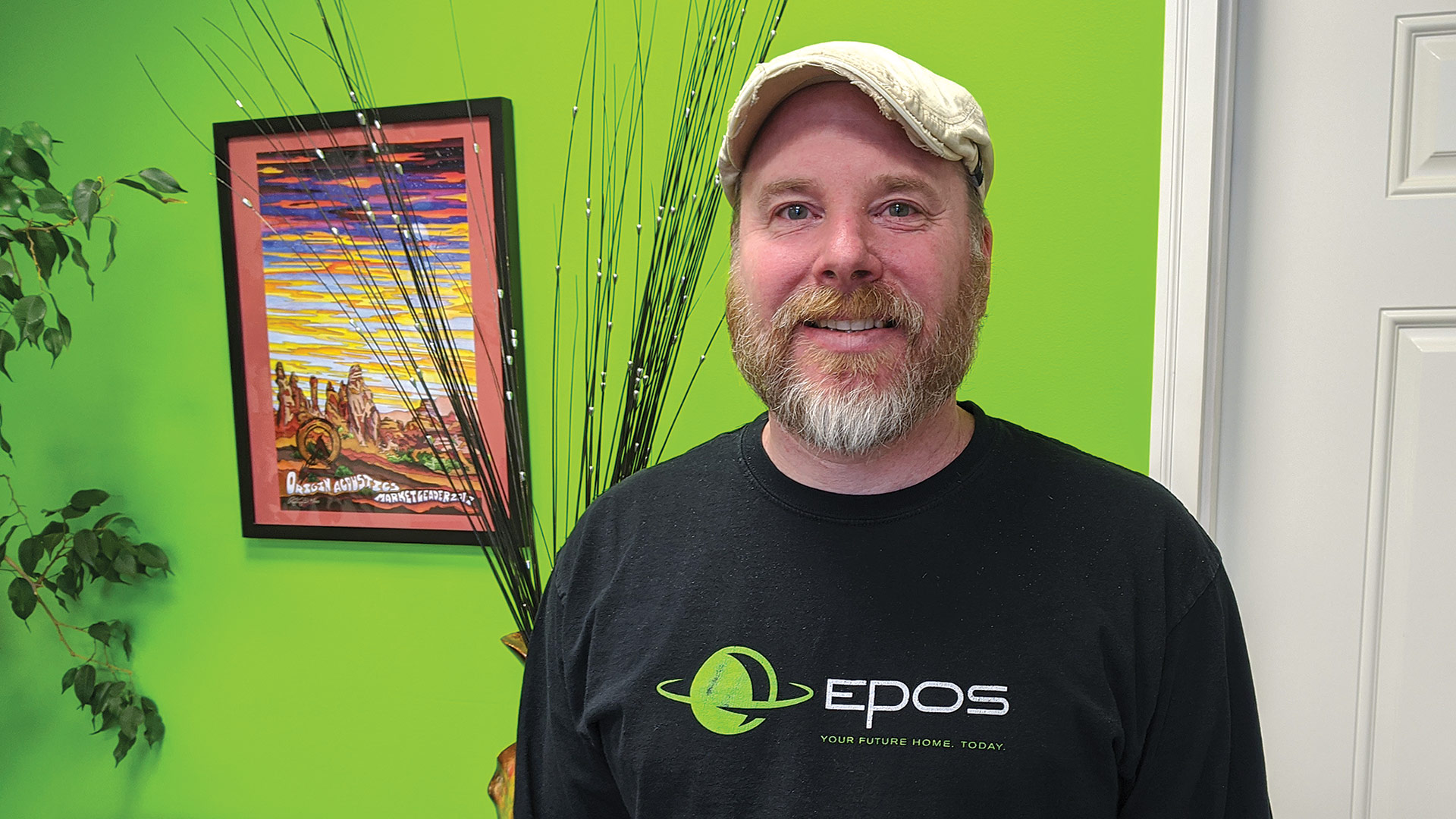 Dan Crouss says home automation is about solving problems — and quality of life.

Dan Crouss, owner of EPOS, said homeowners have many points of entry to choose from.

And it’s not as foreign a concept as some people may think, he added.

“Everyone’s got some type of automation from their phone, even if it’s just Siri or Alexa controlling the lights. What we do is take it a step further, put it into one app instead of having 15 apps. Everybody’s got a little bit, but we’re able to tie it all into one interface.”

EPOS was launched in 2007, the merger between two companies, Perfect Sound and Olympic Electric. Its services have evolved considerably since then, both because technology is always advancing and because people are attracted to products that make their lives easier, Crouss said.

“Home automation can start out as a simple Alexa that turns on lights. Then door locks and heat are two things people usually do. Being able to unlock your door for somebody when you’re not home is a big deal. And with heat, I can save a lot of money. I get home at random times because of my job, so, if I’m getting home at 5:30, I can log on at 4 and pump up the heat a little bit, so when I get home, it’s nice and warm, but I saved a lot of money during the day.”

Then homeowners may add options from there, he added, from window shades — which can be adjusted or programmed to bring some extra sunlight into the house during the winter or keep it darker and cooler in the summer — to strategically placed cameras, both for outdoor security and to monitor the interior of a home when residents are away for the winter.

“You can get a notification on your phone if you have movement at the front door,” Laplante said. “And you can pull up the camera view and pull up the audio and say, ‘can I help you?’ and do it all remotely. You can be on vacation and you’re answering your door, essentially. There are all types of things like that that are pretty cool, and most manufacturers now are incorporating things like this into their own apps and making everything as seamless as possible.”

As he noted earlier, many people opt for buying individual devices, such as one that manages the garage door.

“When your car pulls into the driveway, it will automatically open the garage door rather than actually pushing a button. You can also let somebody in your garage door remotely with your app. So you have individual products like this, with their own apps, which create the, quote-unquote, ‘smart home,’ or you can have a central control system that controls all of the various components of the house.”

The whole-house system can be preset for any number of situations, from delivering the exact heating and lighting arrangement upon waking up in the morning to creating a variety of ‘lighting scenes’ in the kitchen, such as for cooking, dining, or hosting a party — or telling the Christmas tree when to turn on and off every day.

“Basically, what home automation does is solve people’s problems, and everybody’s got different ones to solve,” Crouss said. “When my kids were growing up, they’d get off the bus and would put in their [front door] code, and I would get a text to let me know my daughter was off the bus. Or let’s say cleaners come to your house, who bill by the hour. There’s a time stamp when they put in the code and a time stamp when they lock the door.”

As another example, “people with oil tanks have smart sensors that automatically e-mail you when the tank is getting low, or e-mail people who deliver the oil. A lot of people with vacation homes show up, and the oil is way down. This is a way to avoid that problem.”

In Forbes, Bernard Marr, a futurist, author, and business and technology advisor, recently noted a few developments on the horizon when it comes to smart homes. One is increasing standardization, as manufacturers of smart-home devices are increasingly ensuring their products and services will work on platforms provided by Amazon, Google, Samsung, and Apple to capture the broadest customer base.

He also sees smart homes actually becoming smarter over time as they make use of machine learning, computer vision, natural language processing, and other technologies that are capable of making decisions and learning. Smart thermostat systems from Nest and Honeywell already use machine learning to adapt their behavior to the inhabitants of a house, based on observing and then replicating their habits, and that trend should accelerate to other devices as well.

Finally, the global rollout of 5G, as well as improved wi-fi technology, mean smart-home devices will be linked by faster, more powerful networks, meaning better access to data and processing resources in the cloud.

“The smart-home technology has come way, way down in price,” Laplante said, especially when it comes to buying multiple devices. “The Control4 system is nice because everything runs through one app. But people have multiple apps on their phones for multiple things anyway.

“There are many different components,” he added. “The cost depends on how much you bring into the system. The big advantage to having a one-hub system is that everything runs through that system, so you’re going to one app.”

EPOS continues to introduce new services, Crouss said, like ‘smart outlets’ that can reboot cable or Internet if it goes down, rather than having to deal with physical plugs and wires. In fact, those devices can now send a signal on their own and be rebooted automatically when a problem is detected.

Not to mention that much of this technology — whether it’s changing the music coming out of the ceiling speakers or stepping into a perfect shower — is just, well, fun.

“It’s something the average person today is expecting — especially the younger generations,” he said. “They grew up with technology, and they expect it. And it is kind of neat.”