His Decisions, and His Actions, Have Helped Move Society Forward 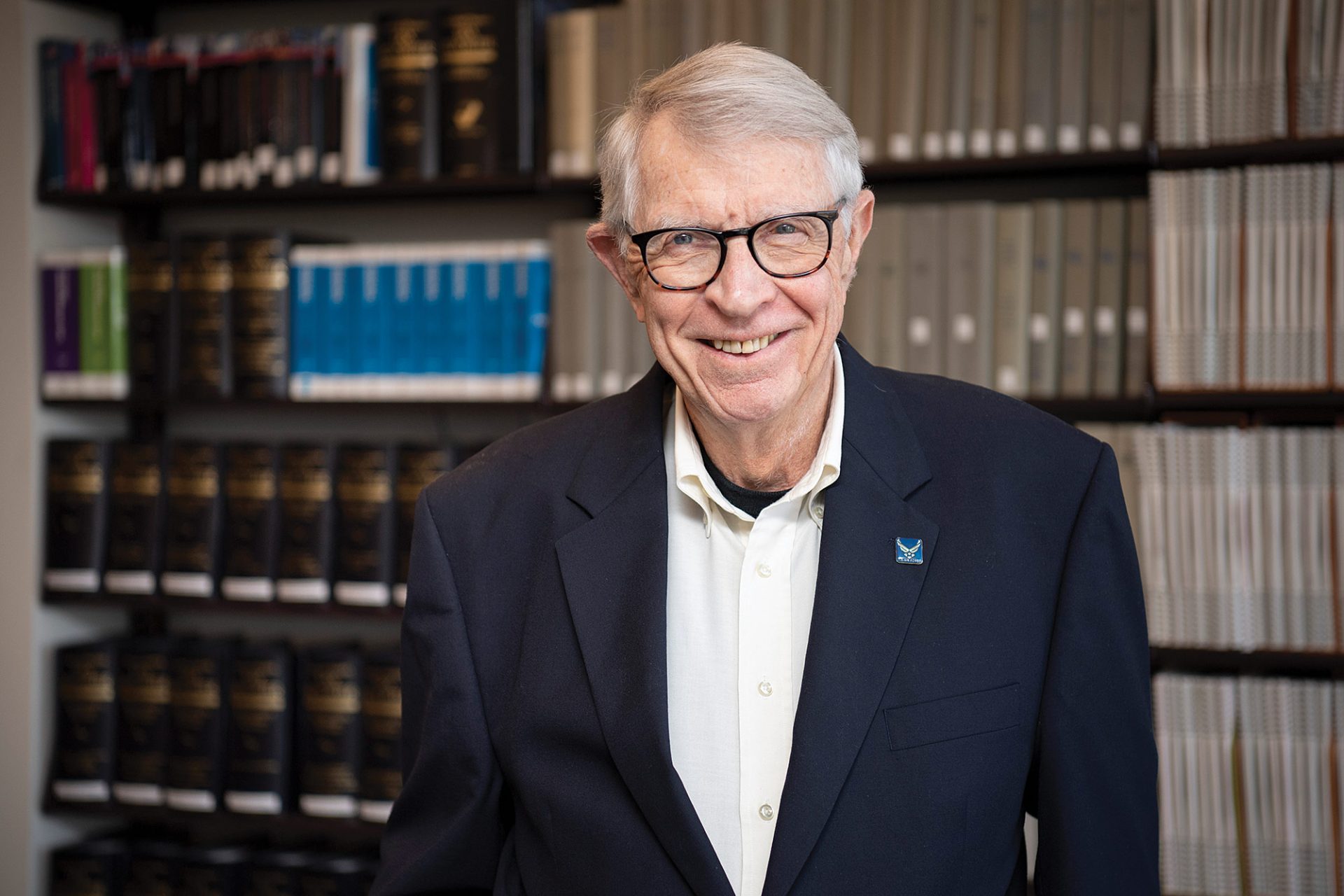 But it was poignant, and it spoke volumes about who he is and how he does things.

As the opposing sides in a bitter power struggle for control of the Boston Red Sox gathered in Room 1006 of the Massachusetts Court of Appeals on Feb. 14, 1984, Greaney, the recently appointed chief justice of the Appellate Division, and his fellow justices could feel the tension rising.

“We had practically every major lawyer in Boston there either observing or arguing,” Greaney, currently senior counsel at Bulkley Richardson, recalled. “[Justice] Ami Cutter, who was sitting next to me, said, as the whole thing ended, ‘this was very tense; can you say something?’”

He did. Speaking specifically to the lawyer in front of him, but also all those present, he said, “it may take into the baseball season before a decision is rendered, so I Ieave you with this thought. I urge all of the disputing parties in the meantime to at least get together to do something about the pitching.”

The next day’s story on the court session in the sports section of the Boston Globe carried this headline:

May They Please the Court

The episode also found its way into Sports Illustrated, said Greaney, who said that, while his tongue may have been in cheek, he was speaking for all Sox fans thirsty for a pennant, and with a sense of humor that became a trademark.

Indeed, whether it was while he sat on the state Supreme Judicial Court — his next stop after the Appeals Court — or at the table for a meeting of the Noble Hospital board of directors, Greaney usually had a one-liner (or three or four) and a way of relieving tension in whatever courtroom he was serving in. And that’s just one of his many talents.

Only a small percentage of lawyers enter the profession with the hard goal of one day sitting on the bench, but Greaney did. He said he was influenced in a profound way by his experience serving working for Westfield District Court Judge Arthur Garvey the summer after his first year at New York University School of Law.

“I was basically just hanging around, observing the court,” he recalled. “So every morning, I sat and observed the court, and I was bewitched because he seemed to handle the cases that would come in — driving while intoxicated, small burglaries, those kinds of things — with relative ease. And he had a good demeanor about giving defendants a break; usually, if they had a job and had a family, he didn’t want to incarcerate them, so he’d give them warnings, tell them to behave, and maybe give them probation.

“I said ‘jeez, he’s certainly doing something worthwhile here,” he went on, adding that he went back to law school in the fall committed to finding a career path that would enable him to do the same.

“He had a good demeanor about giving defendants a break; usually, if they had a job and had a family, he didn’t want to incarcerate them … I said, ‘jeez, he’s certainly doing something worthwhile here.’”

In 1989, he was appointed to the Supreme Judicial Court, and during his two decades on the court, during which he famously rode a Peter Pan Bus to work most days so he could work during his commute, he participated in many significant decisions, including the landmark Goodridge v. Department of Health, in which he wrote the concurrence to the opinion establishing Massachusetts as the first state to legalize same-sex marriage (more on that later).

He also wrote many other significant decisions, including the 1993 decision that recognized the rights of gay couples in Massachusetts to adopt children, a 1997 decision affirming the unconstitutionality of a statute prohibiting panhandling, and a 2007 decision upholding a $2 million libel verdict against the Boston Herald.

Slicing through all those cases and work on each of those courts, Greaney said he remembered what he learned back in Westfield District Court in the early ’60s and tried to make the same overall kind of impact on people’s lives.

Daniel Finnegan, managing partner for Bulkley Richardson, who nominated Greaney for the Difference Maker award, summed up Greaney’s career, and his broad impact, this way:

“Throughout each phase of his career, Justice Greaney has earned tremendous respect for his intellect, professional integrity, and commitment to the community. He has demonstrated compassion and understanding as an advocate to so many in need of a voice, influenced our societal values and ways of thinking, and continues to be a valuable mentor, sharing wisdom and insight deemed from his impressive career. Greaney has proven that he is a trailblazer, an agent of social change, and a true difference maker.”

Long before imploring those fighting for control of the Red Sox to get some pitching help, Greaney was making his mark in a different kind of setting.

That would be this region’s housing court, an assignment that would in many ways set the tone for all that would come later.

Indeed, Greaney would essentially create the Housing Court from scratch, making it into what he called a true ‘Peoples Court,’ with the help of an advisory committee that included another member of this year’s Difference Makers class, Herbie Flores (see story on page 30).

“People who came in were not going to be intimidated, if we could help it,” he recalled. “We were going to design simple, plain-English forms to be used in evictions and other actions, and we were going to print them in two languages, Spanish and English, and we were going to allow people to be pro se as much as we could. And I decided in Small Claims that I would write a decision in every case.

“I then took the court on the road, which was unheard of at the time,” he went on, adding that he had sessions in public buildings, such as city halls, schools, and other facilities, to make the court more accessible. Its home base, though, was the courthouse in Springfield, which had no room at the time, he recalled, noting that a small courtroom was eventually secured, and for a clerk’s office, “a janitor was kicked out, and we took that space — but it was a heck of a fight.”

As noted, that Housing Court assignment would enable Greaney to make his mark and forge a reputation as an imaginative, hard-working, people-oriented jurist. And these were some of the qualities that caught the attention of Mike Dukakis, who would play a huge role in his career trajectory.

The two first met when Dukakis was running for lieutenant governor and Greaney, long active with the state’s Democratic party, was a state delegate. Greaney backed Dukakis in that election, and he won the nomination, but the Democratic ticket lost the election. Two years later, Dukakis ran for governor and won, and not long after appointed Greaney to the state’s Superior Court. Later, he would appoint him to the Appeals Court, where he later became chief justice.

“Then he lost the next election to Ed King, and I thought, ‘that’s the end of that,’ Greaney recalled. “But he was back four years later, and he later appointed me to the Supreme Judicial Court, so I owe a lot to Mike.”

Looking back on his career and his legacy, Greaney said he carried on in the spirit of Judge Garrity, and with the same philosophy that defined his work when building the Housing Court.

“Simple principles of decency dictate that we extend to the plaintiffs, and to their new status, full acceptance, tolerance, and respect. We should do so because it is the right thing to do.”

“I was motivated by helping the little guy and helping society move forward, and the SJC gave me a great opportunity to do that,” he said, referring to several of those groundbreaking cases he heard and helped decide.

One was the 1993 decision that recognized the rights of same-sex couples to adopt children, and another was the historic Goodwin v. Department of Public Health case that led to Massachusetts becoming the first U.S. state to allow same-sex couples to marry, a ruling that has influenced many other states that have followed suit and the U.S. Supreme Court as well.

The wording used in his concurring opinion has not only brought tears to the eyes of many gay-rights activists, but they have reportedly found their way into the wedding vows used by many same-sex couples:

“I am hopeful that our decision will be accepted by those thoughtful citizens who believe that same-sex unions should not be approved by the state,” he wrote. “I am not referring here to acceptance in the sense of grudging acknowledgment of the court’s authority to adjudicate the matter. My hope is more liberating … we share a common humanity and participate together in the social contract that is the foundation of our Commonwealth. Simple principles of decency dictate that we extend to the plaintiffs, and to their new status, full acceptance, tolerance, and respect. We should do so because it is the right thing to do.”

Throughout his career, Greaney has demonstrated the right thing to do, whether it was on the bench or in service to the community — on the board of Noble Hospital and the Westfield Academy or while serving on commissions such as the Massachusetts Housing Partnership, the Alternative Dispute Resolution Task Force, and the Massachusetts Gender Bias Study Committee.

Today, he is back where he started with his career — sort of. As senior counsel at Bulkley Richardson, he’s been involved with a number of cases, including some involving some area colleges; and some mediation, although there is less call for it now with most courts still being closed; and even some work on the firm’s COVID-19 Response Committee to advise clients on the latest status of the law and matters ranging from vaccines to aid from the federal government.

He works two days a week on average, more if he has active projects he’s working on, and even works remotely on occasion, although he much prefers to be in the office. At 83, he’s still committed to staying busy — and making a difference in any way he can.

While Greaney’s request probably wasn’t the reason, Red Sox ownership did eventually do something about the pitching, and the team delivered an American League pennant in 1986.

That plea for help doesn’t have much to do with Greaney being a Difference Maker, but, then again, it does. Looking back, he was able to seize that moment, as he was with so many other moments over the past 60 years, whether they were in Hampden County’s first Housing Court, on the Supreme Judicial Court, or as a professor of law at Suffolk University after his forced retirement from the bench at age 70. Suffice it to say, he wasn’t ready to leave.

As Finnegan noted, Greaney has demonstrated compassion and understanding as an advocate to so many in need of a voice. And that has made him worthy of inclusion in the Difference Makers class of 2022.