Sector Is on the Rebound, but Hospitality Still Faces Staffing Issues 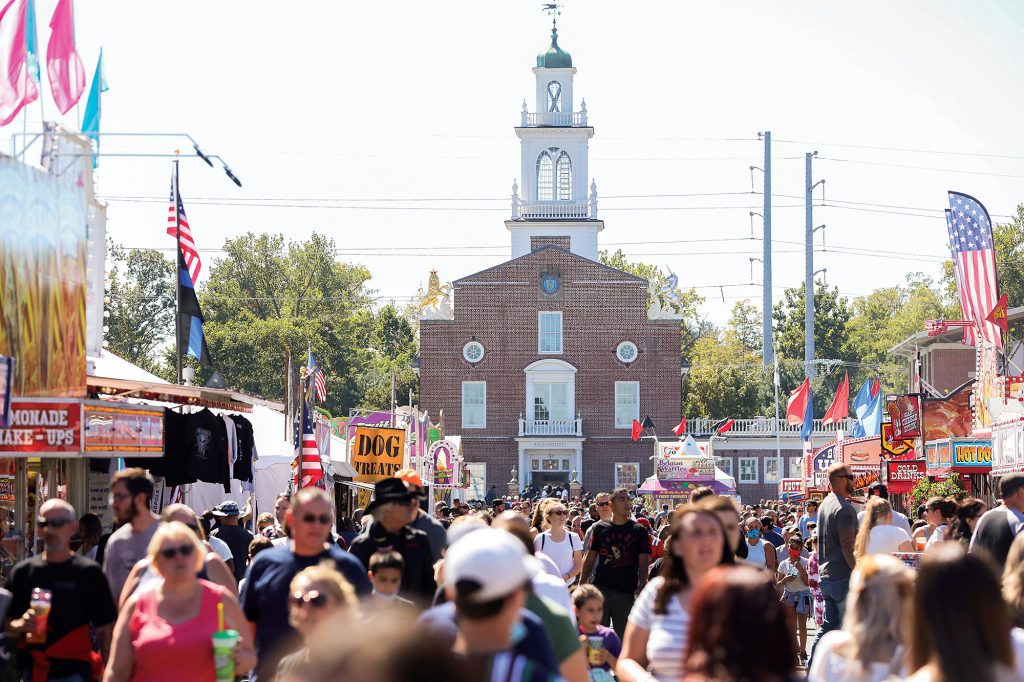 After skipping 2020 altogether, the Big E came roaring back in 2021, even posting its best-ever attendance day in fair history.

John Doleva said 2020 was supposed to be the “year of all years” at the Basketball Hall of Fame, when it would unveil a $25 million renovation of the museum and welcome record crowds to a series of events and new attractions.

It was the year of all years, all right. Just for … another reason, namely a pandemic that shuttered most tourist attractions for months.

But the Hall did get to that ribbon cutting this past May, said Doleva, the institution’s president and CEO. And that wasn’t all.

The Hall was very aggressive in promotion and advertising across a variety of platforms in 2021, he added, highlighting additions like a 14-by-40-foot LED screen on center court that could host remote visits with Hall of Famers, and recently wrapping up a series of eight college basketball tournaments in major cities across the country.

“I’d say we came out of 2021 as positive as we possibly could,” Doleva said, adding that the plan is to continue to aggressively market and elevate the brand in 2022, as well as looking to open new galleries every year, taking a lesson from Six Flags, which tends to unveil a major new ride each spring. “We’ve adopted that thinking. We want to give customers reasons to come back and see something new and exciting.”

Mary Kay Wydra has also been impressed with the tourism sector’s resilience in 2021.

“When the restrictions were lifted in late spring, we saw a boost in the attractions, and hotel occupancy grew,” said Wydra, president of the Greater Springfield Convention and Visitors Bureau. “Looking ahead, I do feel like we’re positioned to continue building on this momentum.” 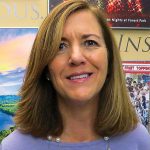 “When the restrictions were lifted in late spring, we saw a boost in the attractions, and hotel occupancy grew. Looking ahead, I do feel like we’re positioned to continue building on this momentum.”

Last year’s boost in tourism was largely generated by leisure travel — and a need among people to go to something, she noted.

“When we were hunkered down at home, not doing anything, we all had a desire to reconnect with family and friends. The industry term is ‘human-oriented travel’ — the collective urge of people to reconnect. And we saw that.”

What she also saw was a region uniquely situated to meet that need in enriching ways. “We have a lot of things to do in our area. And when people come to visit, not everyone stays with family; they’re staying in hotels and visiting our attractions. So we had a very robust summer.”

So robust, in fact, that hotel occupancy rates in the region this summer exceeded pre-pandemic 2019 levels in three different months.

“It would be great to continue the momentum in 2022,” Wydra went on. “We always know the first three or four months is soft — it’s our shoulder season — but we should see good travel again this summer, again dominated by leisure travel. Conventions and meetings have been far more impacted by the pandemic, and 2022 will still be a little light. But the forecast for 2023 is far better.”

That’s because many organizations schedule their annual events a few years out, and events that were canceled in 2020 already had other sites scheduled for 2021 and 2022, but not 2023, she explained — and Western Mass. is aiming to get some of that business back — that is, “if they’re still doing in-person meetings,” Wydra said, and that is, indeed, a lingering question on the convention circuit.

It didn’t seem like many people had a problem crowding into the Big E a few months ago. A total of 1,498,774 people visited the 2021 event, after it was canceled outright in 2020. According to Carnival Warehouse’s annual Top 50 Fairs list, the 2021 Big E was the third-largest fair in North America, even surpassing the Minnesota State Fair — a huge achievement, Eastern States Exposition President and CEO Gene Cassidy said — for the first time.

On its way to that achievement, the Big E set four daily attendance records over the course of the 17-day event, including an all-time single-day attendance of 177,238 on the final Saturday.

“I think there was pent-up demand,” Wydra said of those numbers. “You miss something for a year, you definitely want to get back there the next.”

Jonathan Butler, president and CEO of 1Berkshire, said hard numbers won’t be known for a while regarding visitorship in Berkshire County in 2021.

“But our feeling, especially post-Memorial Day weekend, was that the Berkshires was really bustling during the summer,” he told BusinessWest. “And we saw different types of visitors to the Berkshires — a lot more younger couples, younger travelers trying to get out of the urban setting and finding the Berkshires to be a great option for them, with open space, a lot of recreational opportunties, and room to breathe. We saw bits and pieces of that in the summer of 2020, but saw it exponentially increase in 2021.”

Two factors slowed the momentum somewhat, and they’re both national in scope, not unique to Western Mass., Butler said. One was the Delta variant of COVID-19 (and, on its heels, Omicron), and the other is a lingering workforce shortage, which has kept some attractions, restaurants, and retail destinations from being open every day, and forced some hotels to operate at less-than-peak room capacity.

“We’ve seen a little bit of growth in terms of job applicants and some employers being able to get some workforce back,” Butler said, “but it’s still a bigger gap than we want for the economy to get fully back on its feet.”

“We saw different types of visitors to the Berkshires — a lot more younger couples, younger travelers trying to get out of the urban setting and finding the Berkshires to be a great option for them, with open space, a lot of recreational opportunties, and room to breathe.”

One factor that especially impacts hotels has been a decline in international workers coming to the region on work visas, due to both pandemic fears and shifting federal rules, he explained. “These are highly trained, motivated members of our local properties’ teams, and the loss of that demographic in the workforce has been another obstacle that has disproportionately affected hospitality.”

On the plus side, “even starting in 2020, we’ve seen a boom in outdoor recreation; it’s been a leading reason to visit the region,” Butler noted. “We saw continued increased activity at museums this year, again, building off 2020. Many museums and historical sites feature outdoor space, which is a nice option for people. And we saw some return to live performing arts this year. We’re very sensitive to the impact the pandemic has had on performing arts in the Berkshires, so it was good to see a return to live performances again at places like Tanglewood and Jacob’s Pillow.

“The big takeaway from 2021 was that people want to be here, and it’s a broader group that wants to be here, not just couples over 50,” he went on. “We’re seeing an influx of young adults, young families, who want to take part in a large variety of things — outdoor recreation, the food economy, health and wellness opportunities. We’re exposing whole new audiences to the Berkshires, and that will benefit us in the long term.”

Wydra feels the same about Western Mass. as a whole, and said the industry has learned to roll with the shifting demands of the pandemic because society demands it.

“Just like people in general, we have to adapt to the challenges COVID puts in front of us, things like masking, sanitary conditions, safety protocols. It’s super important to visitors, and something that will not go away for a while, if at all,” she said. “It’s becoming our new normal, and we’re all trying to figure it out.”

While noting, once again, how important it is that conventions and group business return at some point, Wydra also admitted the region has plenty going for it.

“The beauty of Western Mass. is that we have this amazing collection of great attractions and incredible natural resources. If people don’t want to go to Six Flags, they can go ziplining or rafting. There are so many things to do here, and that’s why we’re positioned well as a destination.”

Doleva has been busy promoting the re-envisioned Hall as an ideal site for meetings, fundraising dinners, product launches, and more, and he takes a similar interconnected view of the tourism industry in general. In fact, he says it’s necessary if the sector truly wants to shake off the pandemic and move ahead.

“We certainly take our obligation as part of the major attractions in the Valley very seriously,” he said. “We can and will work together as we go forward, and I think we’ll be in a very good position. None of us thinks of this region as a single-day trip. There’s multiple things to do, and we’ve recommitted to that idea throughout this whole COVID experience.”