There Were Glimpses of Progress in 2021, and More Are Expected

When asked to project what lies ahead, Rick Sullivan said he believes the region got a taste of what he expects 2022 will be like last summer and early fall — before Delta and Omicron entered the lexicon.

Flashing back, he said the tourism sector was rebounding on many levels, with the Big E on its way to a very solid year, many other attractions across the region open again, and most all restaurants and other types of venues taking full advantage of large amounts of pent-up demand.

Meanwhile, the housing market was (and still is) booming, in part because there was considerable interest in moving to this region among those in Boston, New York, and other markets due to the growing popularity, and availability, of remote work. And the Western Massachusetts Economic Development Council, which Sullivan serves as president and CEO, was seeing an uptick in inquiries and site searches involving the region, with much of the interest coming from transportation and distribution companies, but also some manufacturers as well. 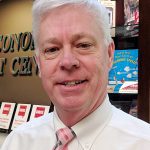 “From a retail and from a travel and tourism point of view, the future looks bright, and we had that taste of it.”

“We didn’t quite get to where we thought we’d be when we looked into our crystal balls at the start of 2021, but I thought we caught a glimpse of where we will be in the summer and early fall,” he said. “From a retail and from a travel and tourism point of view, the future looks bright, and we had that taste of it.”

That ‘taste,’ as Sullivan called it, could be a preview of 2022, and there is considerable optimism that it will be. But there are many question marks regarding what’s on the horizon, and most all of them are COVID-related in some way, shape, or form.

That includes a workforce crisis that has impacted every sector of the economy and spawned the term ‘Great Resignation,’ as well as supply-chain issues, enormous stress and strain on healthcare providers, and a host of challenges for small businesses, including, by and large, the end to COVID-generated federal relief measures such as PPP and the employee-retention credit.

As for COVID, itself, its unpredictability — and deep impact on the economy and specific business sectors — were on full display in December, said Tom Senecal, president of Holyoke-based PeoplesBank, citing postponed business conferences, canceled holiday parties (including one scheduled by his company), and the ripple effect all this had on businesses that were projecting a far better end to 2021, as just one example.

“COVID is going to be the impactful event of the beginning of 2022 — it might alter the way we continue to do business,” he said. “It comes down to mandates and whether businesses can stay open. Some colleges are closing; think about how it might affect the Amherst and Northampton market if colleges are closing and maybe not reopening depending upon how COVID goes.”

But despite great uncertainty about COVID and other issues, such as inflation and the fact that is no longer transitory in the eyes of the Fed, there is optimism that soon — how soon no one knows — the region may be see more of what it caught a glimpse of in 2021.

Vince Jackson, executive director of the Greater Northampton Chamber of Commerce, said many businesses returned to 2019 levels of revenue last year, and many others that didn’t at least came close, with expections that they will in the year ahead. But in many ways, the situation is similar to what the region was experiencing a year ago. As 2021 dawned, there was a general feeling that the worst was over and that ‘normal’ was maybe a quarter or two away. The reality was much different, of course.

“One of the things we learned from 2021 is that things are ever-changing,” he explained. “The outlook could be one way today, but end up being very different. We didn’t know what to expect at the end of 2020 as we headed into 2021, and we were just hoping for the best. And … here we are again, ending the year with a lot of uncertainty, just as much uncertainty going into 2022.”

As the new year starts, Jackson noted, many business owners, especially those in the retail and hospitality sectors that dominate Northampton’s economy, are looking for more consistent statewide direction regarding masking, vaccinations, and other COVID-related matters. 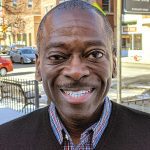 “One of the things we learned from 2021 is that things are ever-changing. The outlook could be one way today, but end up being very different. We didn’t know what to expect at the end of 2020 as we headed into 2021, and we were just hoping for the best. And … here we are again, ending the year with a lot of uncertainty, just as much uncertainty going into 2022.”

“Most business owners are looking for guidance on masking so that they don’t have to end up being the mask police,” he said, adding that many have questions about whether masks should be mandated or simply advised, because business can be lost depending on the answer.

Like Sullivan and others we spoke with, Jackson said 2021, or at least a short slice of it during the summer, provided a glimpse of what everyone is hoping for in 2022.

“As the year went on, things got better,” he recalled. “Summer came, the economy reopened, and people were ready to get outside and return to a sense of normalcy. We saw that in almost every sector of business, and the response was beyond expectations because of the community’s response, the public’s response, to returning to what was normal for them.

“From a restaurant standpoint, there was outdoor dining for those not quite ready to get out as much, and there was still takeout. But then, there was a whole statewide initiative to push indoor dining because we had the vaccines and things were safe,” he went on. “As I look back, I think we need to learn from history because we’re kind of in the same cycle in most people’s minds.”

Looking back at 2021, Jackson said the dominant limiting factor for most businesses was workforce. It kept many restaurants closed an additional day, or even two, each week, and it kept many types of businesses from realizing their full potential as the economy roared back to life in last spring and summer as COVID restrictions were lifted.

Thus, perhaps the biggest question hanging over 2022, beyond COVID, of course, is whether there will be any improvement on the labor front. 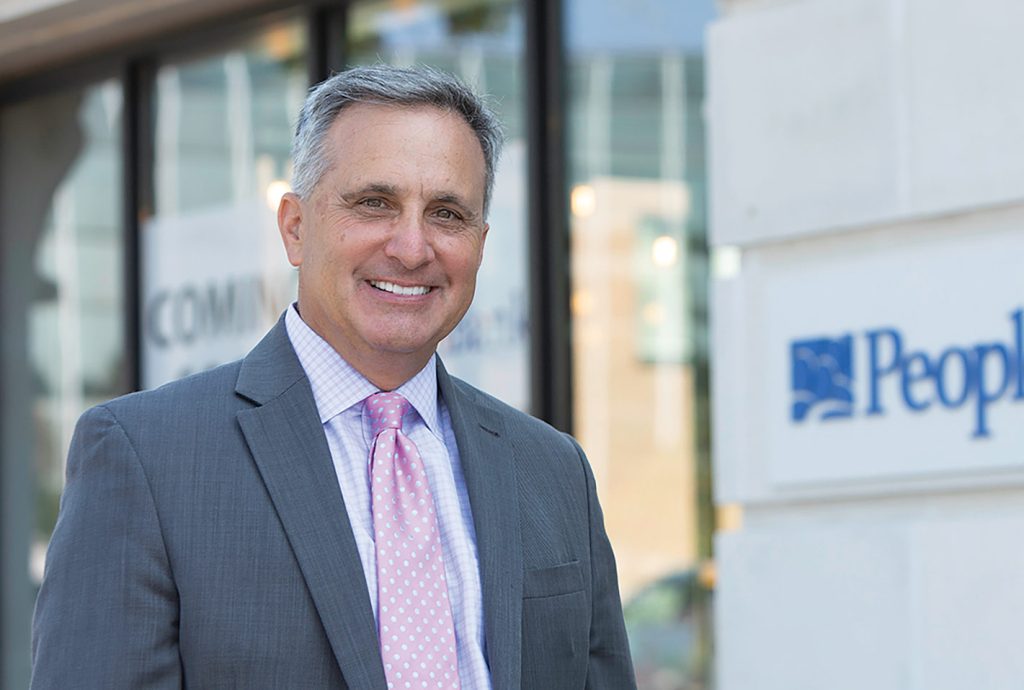 Tom Senecal says COVID is going to be the impactful event of early 2022, and might continue to alter the way business is done.

It’s too early to tell, but at present, there are few signs of real progress, said Senecal, who related a recent experience at the bank that speaks volumes about how deep and widespread the problem is.

“We had an open, entry-level position a few months ago that 16 people applied for; 16 people set up an interview, and 16 people didn’t show up the interview,” he recalled. “No phone call, no nothing.”

As alarming as that is, what’s perhaps more disconcerting is a lack of solid answers for what is behind this and similar episodes being recorded at businesses across the region.

“I don’t know what that says,” Senecal said, with a note of exasperation in his voice. “This was a few months ago, after the unemployment benefits ran out. I don’t understand that phenomenon and why it’s happening now.”

Sullivan concurred, and said that what the past few months have clearly shown is that the problem is much deeper than unemployment benefits and also rests with issues such as childcare, elder care, and the retirement of many in the Baby Boom generation.

“Every business has the help-wanted sign out, and you’ve seen things like sign-on bonuses and higher wages, which I think is a healthy thing for the economy,” he told BusinessWest. “Our employers have had to get a little more creative with incentives to keep the employees they have, and they’ve had to do things to bring new workers in. It’s not a regional problem, but a national one, and it’s one we’re going to have to come to grips with in 2022.”

“Our employers have had to get a little more creative with incentives to keep the employees they have, and they’ve had to do things to bring new workers in. It’s not a regional problem, but a national one, and it’s one we’re going to have to come to grips with in 2022.”

Meanwhile, there are other challenges the region must contend with in the weeks, months, and quarters to come.

“Supply chain and inflation are the two biggest economic dampers, both nationally and regionally,” Senecal said. “Core inflation is up 6%, gas is up 33%, cars are up 12% … when you talk inflation, it’s not the 6%, it’s the things outside the core inflation index that are really driving up prices. And the Fed has taken the words ‘temporary’ or ‘transitory’ out of their projections, meaning the Fed believes it’s real inflation.”

But while there are challenges, there are opportunities as well, said those we spoke with, noting that 2021 brought some positive signs when it comes to interest among both individuals and businesses alike to come to Western Mass. to take advantage of its quality of life and lower overall cost of living.

As for individuals, many have decided they can live in the 413 and work essentially wherever they want, said Sullivan, adding that this dynamic certainly impacted the local housing market, driving prices higher as inventory levels fell, following the laws of supply and demand.

And on the business side, there has been an uptick in activity when it comes to site selectors inquiring about the 413.

“We currently have more than 40 site searches going on, and that number has been pretty consistent for us over the past year or two,” he said. “And that’s a healthy number; it’s at the high end of what we’ve traditionally seen. It doesn’t mean that everyone is going to come here, obviously, but it does mean that people are out there looking.

“And the big difference this year, as opposed to perhaps few years ago, is that this interest comes in different sectors,” Sullivan went on. “We’ve always been historically attractive to the transportation and logistics companies because we’re at the crossroads of New England, and businesses can easily serve the Northeast given the Turnpike, I-91, and the other highways here, and rail and the airports. But we’re seeing the sectors increase, everything from manufacturing, which we had not seen a lot of, to cybersecurity and Big Data, such as the proposal for Westfield.”

Overall, Sullivan and others said the trends, both positive and negative, will continue into 2022, which should — and COVID will obviously have a lot to say about this — provide more than just a glimpse, or taste, of better times.