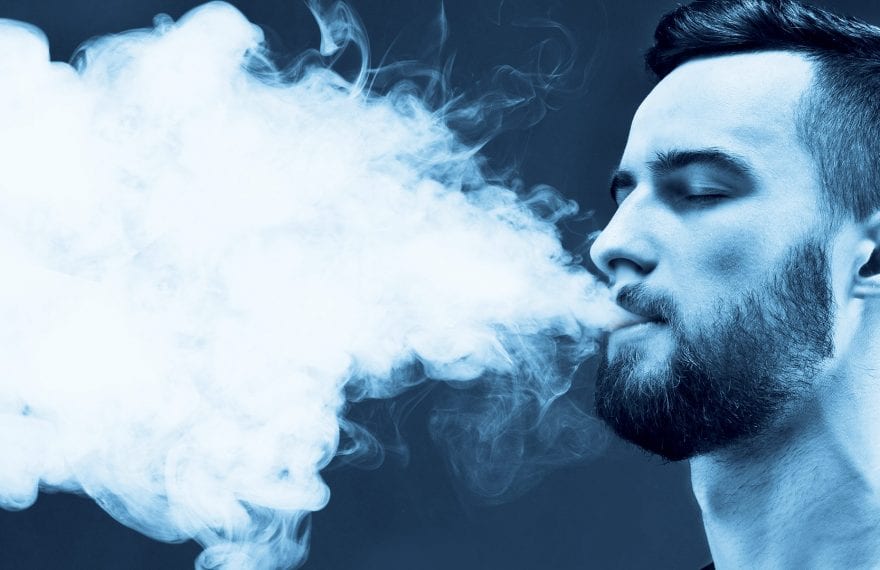 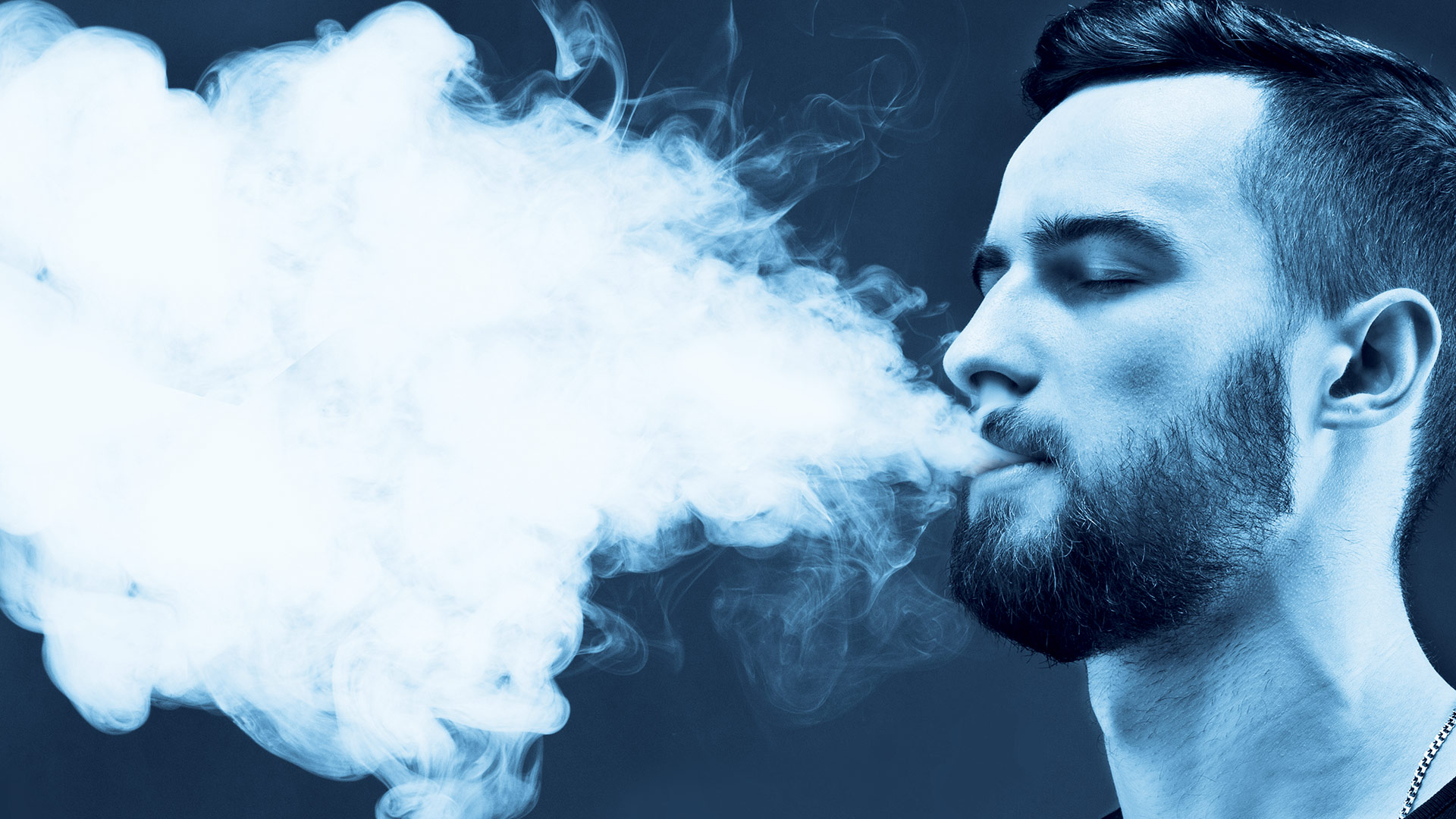 Call it a decisive response to a much less clear-cut problem.

While shop owners may seethe, Gov. Charlie Baker says the state’s four-month ban on selling vaping products is a necessary step while the medical community tries to figure out what’s causing a rash of pulmonary illness among e-cigarette users across the U.S.

“We do not know what is causing these illnesses, but the only thing in common in each one of these cases is the use of e-cigarettes and vaping products,” Massachusetts Public Health Commissioner Monica Bharel said. “So we want to act now to protect our children.”

On Oct. 1, the Massachusetts Department of Public Health (DPH) reported five additional cases of vaping-associated pulmonary injury — two confirmed, three probable — to the U.S. Centers for Disease Control and Prevention (CDC), bringing the statewide total of reported cases to 10. (Five of the cases are confirmed, and five are considered probable for meeting the CDC’s definition of vaping-associated lung injury.) At press time, 83 suspected vaping-related pulmonary cases have been reported to the DPH since Sept. 11.

“While no one has pinpointed the exact cause of this outbreak of illness, we do know that vaping and e-cigarettes are the common thread and are making people sick,” Bharel said. “The information we’re gathering about cases in Massachusetts will further our understanding of vaping-associated lung injury, as well as assist our federal partners.”

Some clarity may be emerging, however, particularly concerning the role of tetrahydrocannabinol (THC), an ingredient found in marijuana. According to the CDC, 77% of the people involved in the recent outbreak reported using products containing THC. In Massachusetts, five of the 10 cases involved THC, while another four vaped both THC and nicotine; just one of the 10 reported vaping nicotine only.

Based on this recent data, CDC recommends people consider refraining from e-cigarette or vaping products, particularly those containing THC.

“CDC is committed to finding out what is causing this outbreak of lung injury and death among individuals using vaping products,” said CDC Director Dr. Robert Redfield. “We continue to work with FDA and state partners to protect the nation from this serious health threat.”

More information is needed to know whether a single product, substance, or brand is responsible for the lung injuries, the CDC noted, adding that the investigation is particularly challenging because it involves hundreds of cases across the country, and patients report use of a wide variety of products and substances.

In addition, the report from Illinois and Wisconsin showed that nearly all THC-containing products reported were packaged, prefilled cartridges that were primarily acquired from informal sources such as friends, family members, illicit dealers, or off the street. THC use is legal and regulated in Massachusetts.

“The main theme seems to be illegal THC products. It’s a mix of chemicals in products to sell on the street that just don’t react that well with the lungs,” Dr. Nico Vehse, chief of Pediatric Pulmonology at Baystate Children’s Hospital, told BusinessWest.

He noted that vaping has posed lung issues since it first emerged in the early 2000s. “Back then, we had a recurrence of what they call popcorn lung. If you get fatty lipids into your lungs, your lung tries to fight it like pneumonia, and that causes a lot of lung damage.” 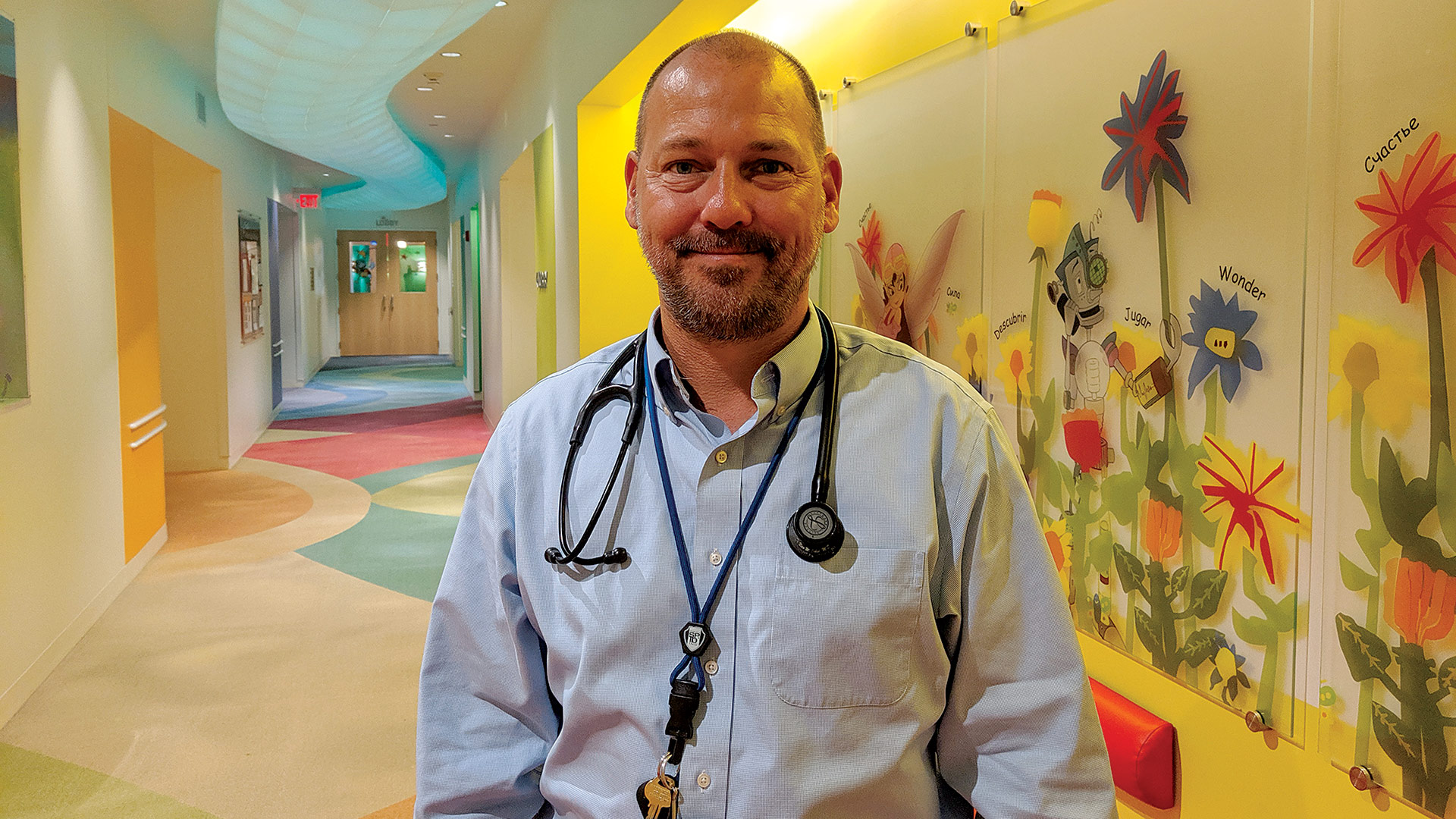 Whether the current outbreak is a similar phenomenon or something altogether different is the subject of intense study, at the national level but also in Massachusetts. In mid-September, Bharel mandated that Massachusetts clinicians immediately report any unexplained, vaping-associated lung injury to the DPH. Of the 83 suspect cases reported at press time, 51 are still being investigated, with DPH officials collecting medical records and conducting patient interviews. Twenty-two cases did not meet the official CDC definitions, while the other 10, as noted, were reported to the CDC.

Baker went a big step further when, on Sept. 24, he declared a public-health emergency and a four-month statewide ban on sales of all vaping products in Massachusetts. The ban applies to all vaping devices and products, including those containing nicotine or cannabis.

The decision generated some pushback, and not just by retailers. Shaleen Title, commissioner of the state Cannabis Control Commission, assailed the ban in a tweet, posting that it is “purposely pushing people into the illicit market — precisely where the dangerous products are — and goes against every principle of public health and harm reduction. It is dangerous, short-sighted, and undermines the benefits of legal regulation.”

As someone who works with young people, however, Vehse understands the DPH’s concern. Of the 10 reported cases in Massachusetts, five are under age 20. Even absent concern over the current lung illnesses, many vaping products have a much higher nicotine concentration than traditional cigarettes, and some public-health officials are concerned an entirely new generation of young people may be falling prey to nicotine addiction. He noted that some products use salts instead of oils, which may not cause the same kind of lung damage as the oils, but deliver more nicotine.

“They improved on the perfect delivery system for addiction — cigarettes — and made it even more potent for nicotine addiction,” Vehse told BusinessWest. “Nicotine addiction is probably one of the hardest things to quit. I’ve always said you’ll have an easier time quitting heroin than quitting nicotine. It’s the most highly addictive substance we have, legally or illegally.”

As part of its public-health emergency declaration, Massachusetts implemented a statewide standing order for nicotine-replacement products that will allow people to access over-the-counter-products like gum and patches as a covered benefit through their insurance without requiring an individual prescription, similar to what the Baker administration did to increase access to naloxone, the opioid-reversal medication.

Other health organizations praised Baker’s decision, for a variety of reasons.

“In the absence of strong federal action, especially by the FDA, states are being forced to make decisions to protect the health of children and adults from a vaping-related public-health emergency,” said Harold Wimmer, president and CEO of the American Lung Assoc.

“While no one has pinpointed the exact cause of this outbreak of illness, we do know that vaping and e-cigarettes are the common thread and are making people sick.”

“Governor Baker’s announcement reinforces the need for the FDA to clear the market of all flavored e-cigarettes in order to address the youth e-cigarette epidemic,” he went on. “While the Centers for Disease Control and Prevention and state and local departments of health continue to investigate the hundreds of cases of lung injury from e-cigarettes, the American Lung Association once again urges all Americans to stop using e-cigarettes.”

Meanwhile, the Massachusetts Dental Society (MDS) also swung its support behind the ban.

“While vaping is believed to pose fewer health risks than smoking regular tobacco cigarettes — the leading cause of preventable death in the United States — it is by no means harmless,” said MDS President Dr. Janis Moriarty. “E-cigarettes still contain nicotine … which increases the risk of high blood pressure and diabetes. E-cigarettes also can have a significant impact on oral health.”

She cited a study supported by the American Dental Assoc. Foundation that determined that vaping sweetened e-cigarettes can increase the risk of cavities. “Additionally, the nicotine in e-cigarettes reduces blood flow, restricting the supply of nutrients and oxygen to the soft tissues of the mouth. This can cause the gums to recede and exacerbate periodontal diseases. Reduced blood circulation also inhibits the mouth’s natural ability to fight bacteria that can accelerate infection, decay, and other problems.”

The main story, however, remains the recent spate of lung illness. At press time, 805 confirmed and probable cases of lung injury associated with e-cigarette product use or vaping had been reported the CDC by 46 states and the U.S. Virgin Islands. Those cases included 12 deaths, but none in Massachusetts.

Bharel hopes her department’s reporting mandate will bear fruit in getting to the bottom of what has become a national concern.

“We are beginning to hear from clinicians about what they are seeing in their practice as a result of the health alert,” she said, adding that the mandate “establishes the legal framework for healthcare providers to report cases and suspected cases so that we can get a better sense of the overall burden of disease in Massachusetts. It also will allow us to provide case counts to the U.S. Centers for Disease Control and Prevention as they continue to try to understand the nationwide impact of vaping-related disease.”

In 2018, Baker signed a law that incorporates e-cigarettes into the definition of tobacco, making it illegal to vape where it is illegal to smoke and raising the minimum age to buy tobacco products, including e-cigarettes, to 21.

In the past year, DPH has conducted two public-information campaigns to raise awareness among middle- and high-school-aged youth and their parents about the dangers of vaping and e-cigarettes. The department promises to reprise both campaigns in the coming weeks and include resources for young people to assist them with quitting.

Vehse said it’s easier for teenagers to sneak a vape at school than to smoke cigarettes, which may contribute to their use. “It doesn’t smell; it doesn’t stay in the air. It’s completely covert. Now high schools have started to install some vaping sensors in bathrooms. As young as middle school, kids are vaping.”

He had no answer to why the usage numbers are so high among a population that shouldn’t even be able to purchase e-cigarettes, but deferred to the simple psychology of being young.

“Maybe it’s just because you’re a teenager and want to do something you’re not allowed to do. It’s all part of the teenager feeling indestrictible,” he said. “But whether you’re cigarette smoking or vaping, both are addictive, and you’re inhaling stuff you’re not supposed to.”

In many cases, they’re inhaling products flavored and packaged in such a way to appeal to kids, he added. “They pretty much make them look like candy bars on the shelves.”

Following a report from the CDC that 27.5% of kids are using e-cigarettes and that many are initiated with flavored products, the AMA’s Wimmer said, “we also call on the Massachusetts Legislature to pass a law prohibiting the sale of all flavored tobacco products.”

For now, Baker, Bharel, and other state officials will continue to assess their most recent moves as the national effort continues to learn more about — and prevent — vaping-related lung disease.

“One of the experts said that, ‘we don’t have time to wait. People are getting sick, and the time to act is now,’” Baker said when announcing the sales ban. “I couldn’t agree more.”