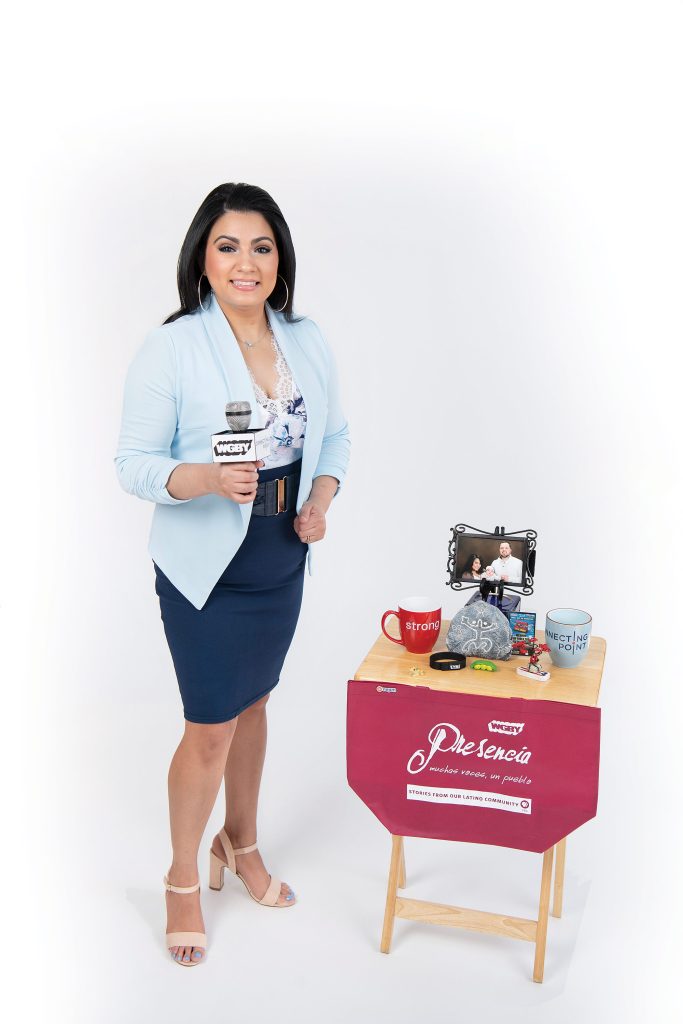 You could say Zydalis Bauer has been training for her career since second grade.

Back then, her class put on a news show as one of its projects and chose Bauer for the anchor role.

“From that moment, I had a natural curiosity to pursue media,” Bauer said. In 2008, straight out of high school, she became an intern at WGBY (now New England Public Media) through the Latino Youth Media Institute at the station. After pursuing other internships at NEPM while attending college, she was eventually offered part-time and then full-time employment.

“Since that first internship, I never really left,” she said.

When members of the Latino community said they wanted to hear their language on local TV, NEPM responded with its first bilingual series, Presencia, with Bauer as a co-host. Though her family is from Puerto Rico, her first language is English.

“I had always been self-conscious of my Spanish skills, but this was an opportunity to show that I didn’t have to be perfect to speak the language,” she said. The show set out to deliver engaging stories and has won two Telly Awards since it began.

“When Latinos are in the media, it’s too often about issues,” Bauer explained. “Presencia tells inspirational stories that show how much the Latino community in Western Mass. has to offer.”

Bauer’s success with Presencia led to co-host and producer roles on Connecting Point, NEPM’s magazine show on the arts and culture of Western Mass. Last year, she was offered the job as the show’s main host. Though she considers herself shy, she didn’t hesitate to take on the hosting duties.

“Something inside said follow your instinct, and your brain will figure it out later,” she said. “I’ve learned to follow my gut.”

Now a board member for Girls Inc. of the Valley, Bauer appreciates the opportunity to mentor young women in the community. “Girls Inc. is a great organization that helps young people build confidence from their elementary years through college.”

As a student, she took part in NEPM’s Media Lab workshops, and now she runs them.

“It’s come full circle, and now I am the facilitator,” she said, acknowledging those who took the time to help her along the way.

“I wouldn’t be here if I didn’t have mentors,” Bauer added. “My ultimate goal is to give back and open the door a little further for another individual.”