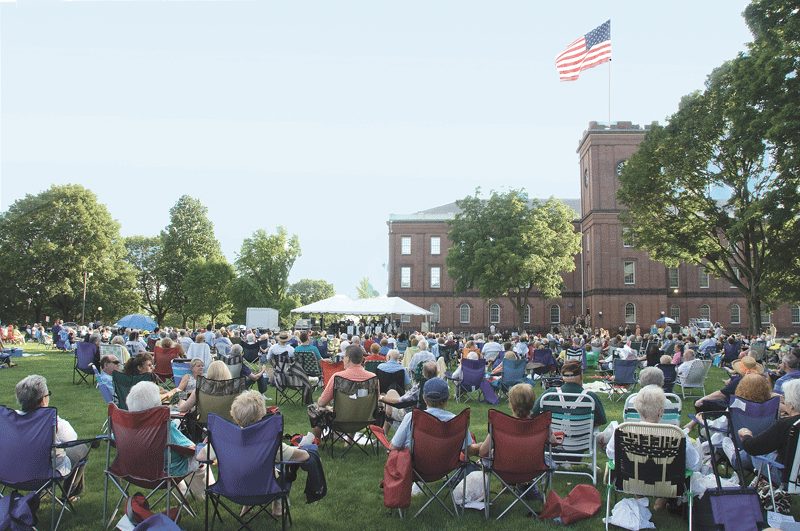 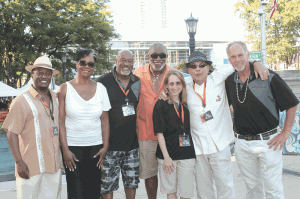 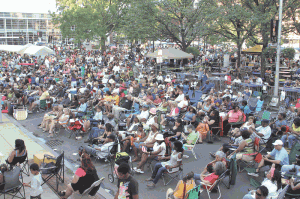 The scene in Court Square. 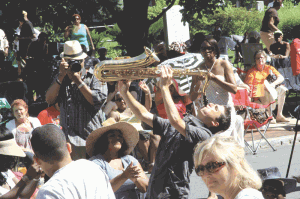 Vincent Ingala lights things up on his saxophone. 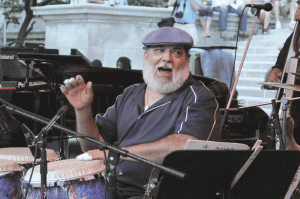 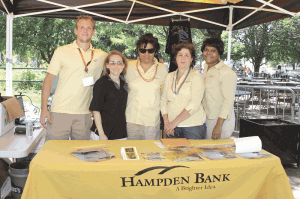 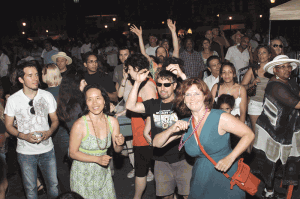 The scene on Friday night. 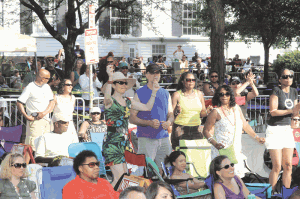 The scene in front of the stage. 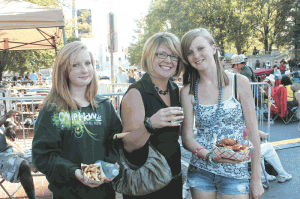 Dawn Creighton, with her daughters, Caleigh (left) and Mackenzie.

Hundreds of area residents flocked to the green at Springfield Technical Community College on July 9 for what was called a “Poppin’ Big Band Celebration.” The evening of music and dance was a salute to Benny Goodman’s 1943 concert at the Springfield Armory, much of which was later transformed into STCC after the facility closed in 1966. The event featured the Memories Big Band Sound, a USO Retro Show featuring two dance troupes, Jitterbug Dancers of Chicopee, and Small Planet Dancers of Westfield, and a performance by the U.S. Northeast Navy Pops Band.
Photography by Jim Langone 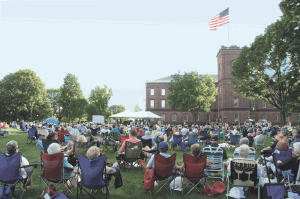 The scene from the audience, with the Armory Museum in the background. 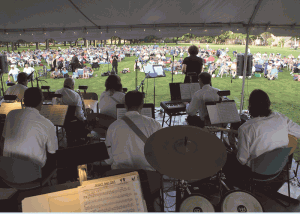 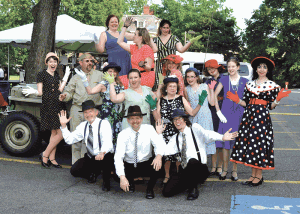 The Small Planet Dancers mug for the camera. 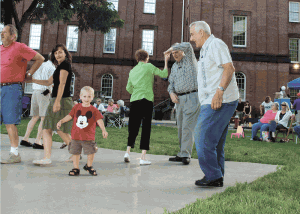