A Framework for the Future

The Regional Homebuilders Association Focuses on Education to Strengthen the Market

The team at the Homebuilders Assoc. of Western Mass. stands in front of their offices, designed to look like a private home, on Cadwell Street in Springfield.

Theres a quaint, stone-walled home that seems out of place on Cadwell Street in Springfield, the industrial roadway on which its located.

But inside, theres much more going on than Sunday dinners. This is the headquarters of the Homebuilders Assoc. of Western Mass. (HBAWM), a member-driven organization formed in 1939 to promote the trade of residential construction as a whole, as well as responsible practices therein and affordable home ownership.

The building was constructed in 1998 by some of the associations 550 members  who hail from all four counties in Western Mass.  and represents the only physical offices maintained by any of the five regional home-builders associations in the Commonwealth.

The Cadwell Street facility is home to an extensive library and meeting space for use by both the association and its members when needed. Operated by a staff of six, it serves as a model home of sorts, too; the molding is a little different in each room, as are the windows, cabinets, floors, and color schemes, and builders often use these examples to show clients.

Beyond a spiffy home base, though, the HBAWM is also one of the most active such organizations in the country. The groups annual Spring Home and Garden Show, this year slated for March 27-30, is one of the 10 largest in the nation, and was joined last year by a second show held in the fall, which is more lifestyle-based, focused on topics like home entertainment and healthy living rather than the nitty-gritty of building and remodeling.

The HBAWM also conducts educational, charitable, and promotional efforts throughout the year for both consumers and members. These are steered by several volunteer-based committees and a 40-member board of directors, also volunteers, many of whom are past presidents of the association who hold a term for one year (this years president is Paul LeClerc, co-owner of LeClerc Bros. Inc. in Chicopee).

Members range from seasoned professionals to small-business owners just starting out, and the associations executive director, John Lilly, said theres no shortage of topics to discuss.

We just completed a construction licensing class, as well as an OSHA certification class, and our members have asked us to look into holding courses in small business ownership, he said, noting that informational sessions are another major aspect of the HBAWMs educational offerings.

As a member of both the state association of home builders and the national association, members can take advantage of information on many different levels, added Lilly, noting that this focus on current information and professional development is a key tenet of the HBAWM. If we educate ourselves, were armed to make better decisions, and gradually raise the standards for residential building. Plus, were better-prepared to pass that education on to consumers.

Lillys own story is an intriguing one  he spent 36 years in the banking industry before signing on to lead the HBAWM in December. While he admits hes no builder, the respect and admiration he has for this profession is evident in his remarks, as well as his plans for the future as he settles into his post.

Continued education is at the top of my list, as are addressing liability issues and doing whatever we can to help our members, he said. The people doing it right  the registered builders who keep on top of changing laws, regulations, and trends  are finding it increasingly difficult to compete in this economy. Our goal is to educate them on how to do their jobs as best they can, and to educate consumers that when selecting a contractor, its important to compare apples to apples.

In other words, comparing reputable, licensed contractors to one another, and in the case of the HBAWMs membership base, Lilly says thats each and every one of them.

Lilly said outside pressures tend to create a bond between like-minded professionals, and the home-building industry is not immune to that.

At the top of the current list of concerns are the state of the regions economy and the health of the real-estate market, both of which directly impact the building sector. Meanwhile, there are legislative issues, safety concerns, regulatory questions to be answered, and new trends to explore.

For example, there is a new state law that will go into effect July 1 of this year that the organization is working diligently to publicize among the building and renovating community, which will require contractors specializing in roofing and window and siding installation to be licensed with the state. Previously, these professionals needed only to be registered. In addition, rumblings on the state level to pass legislation requiring formal continuing education for contractors are being tracked closely.

And there are other discussions surrounding the day-to-day challenges of doing business, especially in this challenging economic climate. Tina Smith, sales director for the HBAWM, who has been with the organization for just under 20 years, said that, largely, builders in the area seem to be holding strong, although they certainly arent enjoying boom times.

Overall, builders are doing OK. A lot have been through this in the past, and I think they were able to see this coming and adapt, she said, noting that the health of the building industry often fares better in Western Mass. because of the wide availability of open, developable space. We have cycles like everyone else, but its not as dramatic a downturn as in other regions of the country.

The Trends of the Trade

Lilly added that while remodeling often becomes a sign of a tight economy, certain trends in the building sector today, including aging in place work for older Americans and green building, lend themselves to renovations and additions.

Green is the biggest thing, said Lilly. People are trying to work through what green means in todays market.

He added that the HBAWM has recently formed a green committee to further study its effect on the building trade; it recently voted to recommend promoting green building as an organization.

The HBAWM is also in the midst of efforts to bolster its own ranks and those of the homebuilding and renovating trade in general, to prepare for the future of the industry. It does so through scholarships made available to high school and trade school students to further their educations or start their own businesses, amounting to $20,000 annually.

In addition, the association takes on a certain amount of charity work each year, sponsoring the Pioneer Valley chapter of the American Red Cross Hometown Heroes event, for instance, and participating in a Springfield-based program called Christmas in April, during which members and staff of the HBAWM provide both financial and in-kind assistance to individuals and families in need, completing minor home improvement projects, yardwork, and small construction projects, such as building handicapped-accessible ramps.

The association also volunteers with Habitat for Humanity on a regular basis. Lilly said its an excellent way for builders to give back without taking too much time from their own job sites.

We have a lot of very busy members, he said, referring not just to their businesses but their work within the association. Our members want to move the association forward for the good of everyone involved.

And as he walks through the 5,500-square-foot building that the HBAWM calls home, Lilly takes note not just of the recessed lighting and the dramatic staircase, but also of the staff members stuffing envelopes, putting the finishing touches on marketing materials for the spring home show, and straightening the shelves in the resource library.

Our staff learns from our members, and at the same time, we do a great deal of lobbying on their behalf, he said. Overall, its a system with which Im very impressed. 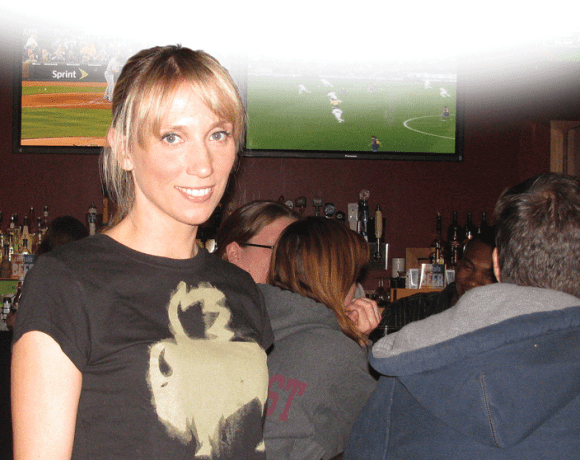