A planned industrial city, Holyoke has enjoyed a rich tradition of manufacturing. Today, it continues, but with a different look. Where once the landscape was dominated by large companies, many of them paper and textile makers, the city has recently become home to smaller niche players in search of available, inexpensive space.

When asked if he was surprised by the announcement late last month that the Ampad plant in Holyoke would be closing its doors in the spring, Jeff Hayden said yes — and no.

The Texas-based corporation had made some significant investments in the Appleton Street facility in recent years, said Hayden, the city ’s director of economic development. Such spending doesn ’t often precede a shut-down announcement.

But Holyoke and other area communities have seen a number of incidents in recent years in which national or international corporations closed local facilities and moved operations to other plants, said Hayden. The Ampad announcement merely continues a disturbing trend, he said, citing other defections in Holyoke, including Atlas Copco, Greitag Imaging, and Kodak Polychrome, and some in other communities, especially the well-publicized planned closing of Danaher Tool in Springfield.

"No one thought that a closing was inevitable," Hayden said of Ampad. "But, in many respects, this wasn ’t surprising."

And, partly because of this pattern, the city ’s long, distinguished manufacturing tradition is undergoing a fundamental shift, said Hayden. Where once the city was dominated by larger employers, many of them paper and textile makers, it is now seeing a manufacturing base dominated by smaller niche players, most with local ownership, that are coming to the city for its workforce and ready supply of affordable space.

A maker of solid waste containers (Dumpsters) of all sizes, the company, which started out in Springfield and later relocated to Southwick, came to Holyoke because it desperately needs room to grow.

It found it in a 150,000 square-foot-building on North Canal Street that was formerly home to Atlas Copco, Worthington Compressor, and other industrial tenants. International started with 20,000 square feet, and quickly expanded to 50,000 and then 75,000, an indication of its strong growth pattern — it has doubled sales the past two years and looks to do so again this year — while increasing its workforce to 30.

Bill Searles, who founded the company with his five sons, said the company came to Holyoke because of the price and availability of real estate, and with no real idea of how long the stay would be. But it now appears to have settled in for the long haul; the Searles family expects to close on the property it is currently leasing later this month.

There are many similar stories being written in Holyoke.

C.A.R. Products recently relocated from West Springfield to a 31,000-square-foot building on Beaulieu Street in the Springdale Industrial park. There, it produces and distributes a wide range of auto cleaning products for dealerships, car washes, truck and van fleets, and other businesses in that broad sector.

Company President Bob Goldenberg told BusinessWest that the company came to Holyoke because it offered what he called the "best bang for the buck" when it came to real estate.

"I looked everywhere, and I mean everywhere," he said of a two-year search for space that was accessible and could accommodate office, manufacturing, and distribution operations as well as a small retail space. "Holyoke offered us what was easily the best deal."

Hayden expects the evolution of the city ’s manufacturing base to continue, and he is hopeful that Holyoke will turn the loss of Ampad into an opportunity by taking its 200,000-square-foot facility and two neighboring buildings, formerly home to Laminated Papers, and convert them into a business park that would house more of the smaller, locally owned ventures now dotting the landscape.

"What we want to do is get more of the small companies, family owned or locally owned, with specialty or niche markets and custom approaches," he said. "And let ’s give them the space and the cost-effectiveness they need to be successful."

BusinessWest looks this month at the changing manufacturing landscape in Holyoke and at some of the companies now doing business there.

Hayden said there are many challenges to reshaping a manufacturing base with smaller employers. Real estate is absorbed more slowly, and job growth comes in smaller increments, he explained.

But overall, such a shift brings a somewhat greater sense of stability, he continued, because there is far less reliance on one sector, such as paper, or a few large players. "When a company closes, we lose 10 or 20 jobs, not a few hundred."

Thumbing through a directory of manufacturing operations in Holyoke, a list that includes more than 200 names, Hayden said that the vast majority of the players have fewer than 50 employees, and many have 10 or fewer.

Together, they employ thousands and help fill dozens of old mill buildings with long histories, said Hayden, adding that most of these ventures are surviving in these ultra-challenging times for manufacturers due to their ability to develop niche markets for specialized products.

Joe Peters, the company ’s president, told BusinessWest that some cities and towns have discovered that plastic is an acceptable, less expensive alternative to metal, and the material is recyclable. New York did some research on the subject and thought enough of the concept to order about 15,000 of the signs (a $3.5 million contract) for all five boroughs.

"We would never in a million years have approached New York about bus stop signs, but this just came together for us," said Peters. "We were making kayaks out of recycled materials, and the people of New York were interested in having signs that were recyclable; they called us on a whim."

Universal has several niche products that are providing steady growth for the company, which recently took delivery of a $500,000 piece of equipment — a rotary twin-sheet thermoforming machine — that will enable it to diversify into other product lines, especially those that cannot be mass-produced overseas.

"For most manufacturers today, they have to go out and find niches where their products work," said Peters, "For us, it ’s small-to medium-volume products, things that people wouldn ’t go to China to have manufactured because it would be too expensive."

Universal came to Holyoke last year after spending 38 years in the sprawling Cabotville Industrial Park in Chicopee. There, it took progressively larger amounts of space as its orders grew. Eventually, the company occupied two floors of the former mill complex and had enough space, said Peters, but it was not efficient space.

"We had plenty of space, but it wasn ’t efficient space," he said. "We were moving things from one floor to another Ö that ’s not an efficient way to run a manufacturing operation today."

Obtaining room to grow was also the primary motivation for C.A.R. Products, said Goldenberg, noting that the acronym stands for Complete Appearance Reconditioning, but the full name is rarely used today.

The company was started in 1969 by Goldenberg ’s father, then a vending machine mechanic looking for a less-stressful career option. It began as a distributor of auto cleaning products, and expanded into R&D and then manufacturing when the younger Goldenberg took over in the early ’80s.

It has grown from a one-person operation to one with 25 employees, and is in the process of becoming a national distributor as it continues battle with more-well-known names like Blue Coral and Simonize.

"We ’re ready to go national," said Goldenberg, noting that while there are several competitors in his field, there are certainly opportunities for strong growth.

To achieve it, Goldenberg knew he needed more space that was more easily accessible — the company was located almost across the street from the Eastern States Exposition and had grown weary of fighting Big E traffic. The search took Goldenberg to nearly every community in the Valley — he was close to finalizing a deal in Springfield before it fell through — before he found the one-story building on Beaulieu Street.

Hayden told BusinessWest that the evolution of Holyoke ’s manufacturing sector and the addition of companies like C.A.R., Universal, and International Container is not a recent phenomenon. For decades, small companies and sole proprietors have taken advantage of the millions of the square feet of mill space that became available when the paper and textile mills moved south. One of the classic examples is E.S. Sports, the tiny silk-screening venture founded by Eric Suher in 1983. The company started with two people, and now has more than 70.

There are dozens of similar stories, said Hayden, who said the exodus of many larger, national or international companies has actually accelerated the process. While Universal took over space vacated by Kodak Polychrome, others are moving into the former Greitag Imaging building — Baystate Health System has several operations there now, but manufacturers have expressed interest in still-available space — while the same is expected for the Atlas Copco property on Lower Westfield Road.

And while a number of scenarios could play out for the property being vacated by Ampad, the multi-story nature of that facility may make it less suitable for one large manufacturer.

This is one of the reasons why Hayden would like to pursue a business park at that location.

"The main plant is relatively modern, and Ampad has made a number of investments in it," said Hayden. "Meanwhile, the Laminated Papers buildings are clean and they ’re in very good shape. Holyoke should look at this event as an opportunity to plan something big for that neighborhood."

Assessing the Ampad announcement and what it means for Holyoke, Hayden said that any time 200 jobs are lost at one time, there is a definite impact on a community.

"This will be a big loss for the city," he said. "But in this loss there could be some opportunity as well."

It will likely take several small companies to absorb the physical space once taken by Ampad and to make up for the jobs that will be lost, Hayden said. But long-term, these smaller, locally owned companies will likely provide more stability — and probably more jobs in the long run.

And they will continue an evolutionary process in this city built to be an industrial center. 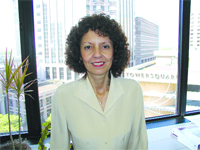 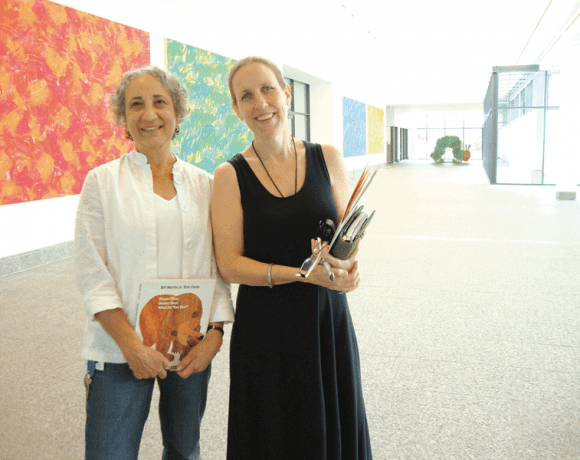