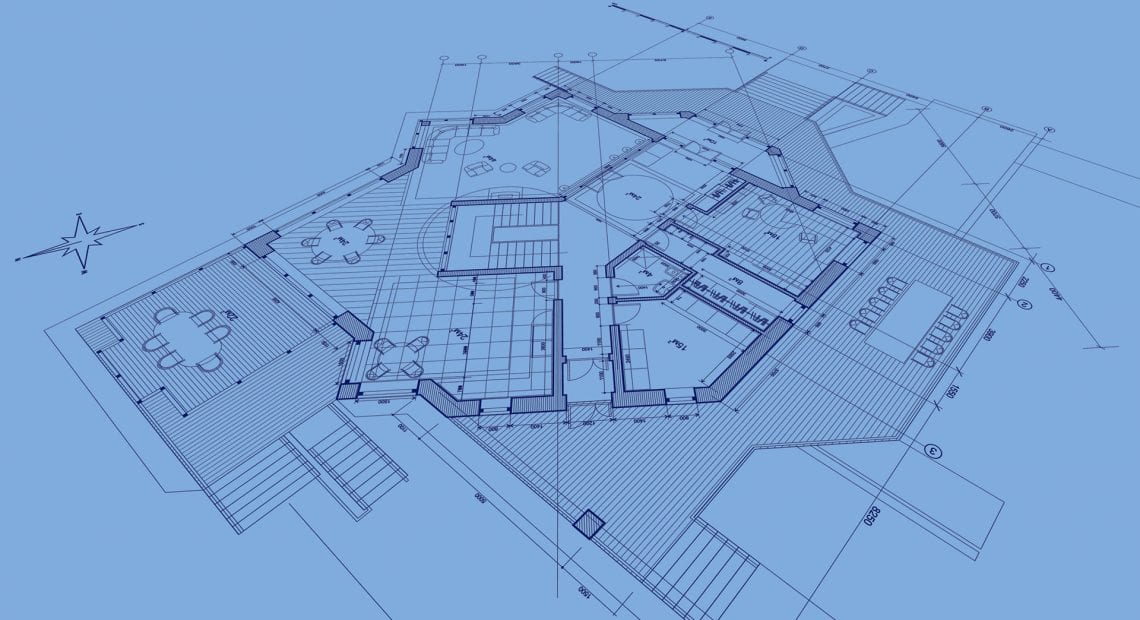 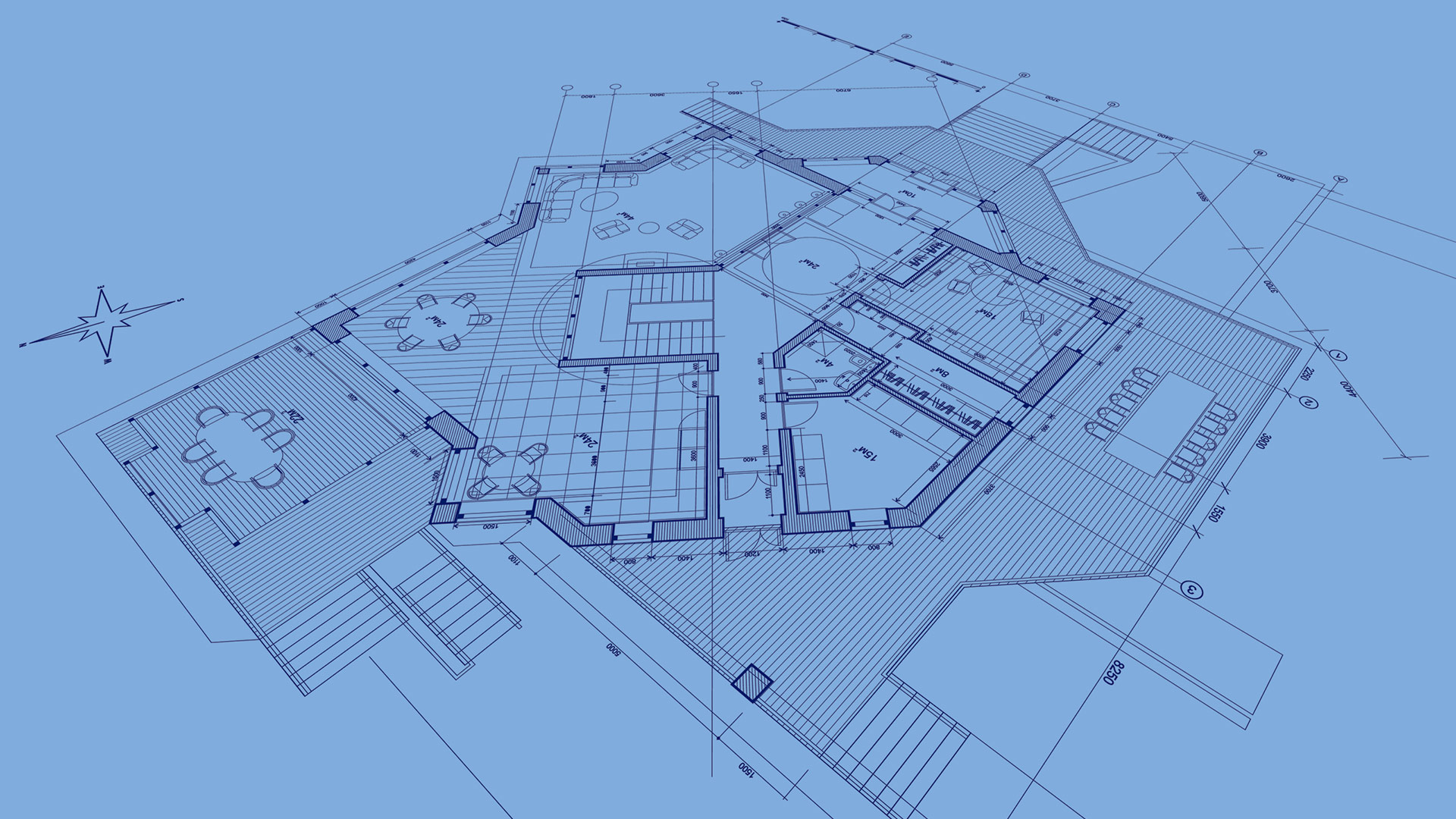 As one local architect noted, we’re far enough away from the last recession to start worrying about the next one — and recessions tend to hit this sector particularly hard. Still, despite mixed signals in the long-term economic picture nationally, work remains steady locally, with municipalities, colleges, and businesses of all kinds continuing to invest in capital projects. Even if storm clouds do appear down the road, the 2019 outlook in architecture seems bright.

Curtis Edgin put it in simple terms when asked how 2019 is shaping up in the architecture sector.

“We’re busy; I can’t complain,” he told BusinessWest. Those five words sum up a strong outlook in an industry that tends to be a leading indicator for the economy as a whole — when things slow down, construction, finance, and other areas tend to follow — and is currently trending up, or at least holding steady.

“We’re far from the last recession — maybe far enough to worry about the next one,” said Edgin, a principal with Caolo & Bieniek Associates (CBA) in Chicopee. “But I don’t see that coming yet, looking at our workload.”

The American Institute of Architects (AIA) reports a similar outlook, with architecture firm billings nationally strengthening to a level not seen in the previous 12 months. Indicators of work in the pipeline, including inquiries into new projects and the value of new design contracts, also improved in January.

“The government shutdown affected architecture firms but doesn’t appear to have created a slowdown in the profession,” AIA Chief Economist Kermit Baker noted. “While AIA did hear from a few firms that were experiencing significant cash-flow issues due to the shutdown, the data suggests that the majority of firms had no long-term impact.”

Broken down by region, the Northeast is performing better than the West, but slightly trailing the South (which continues to rebuild from a rough 2018 hurricane season) and the Midwest. Nationally, billings softened slightly in February from the January pace, but remain strong in the big-picture sense, Baker said. “Overall, business conditions at architecture firms across the country have remained generally healthy.” Curtis Edgin says specializing in a range of diverse niches is a plus for any firm, serving as a buffer against a downturn in any one area.

Jonathan Salvon, a principal with Kuhn Riddle Architects in Amherst, reports strong business as well, especially in the education realm, traditionally a strength for the firm, with projects for UMass and a historic-renovation conversion project for Elms College.

Caolo & Bieniek, known for its wide range of public projects, from schools to fire and police stations, has expanded its base of private projects since merging with Reinhardt Associates in 2017.

“It’s been kind of a good synergy. We’ve blended our strengths and their strengths,” Edgin said, noting that one example is the recently completed Baystate Health & Wellness Center on the Longmeadow-East Longmeadow line, as Reinhardt has a solid history in medical office buildings.

“E-commerce has been growing at about three times the rate of traditional brick-and-mortar sales. The slowdown in housing hasn’t helped, as new residential development often spurs new retail construction activity. Instead, larger shares of investment in these facilities is going to the renovation of existing buildings.”

Other recent CBA projects recently started or well underway include a senior center in West Boylston, a police station in Williamstown, a public-safety complex in Lenox, a renovation of Chicopee’s public-safety facility, a pre-K to grade-8 school in Easthampton, and some work with UMass Amherst, Westfield State University, and other colleges.

“There’s a good mix of private and public, and we seem to be doing a fair amount of work with human-services agencies,” Edgin added, noting that the firm just did a project for Guidewire in Chicopee, and Sunshine Village in the city has also been a consistent client. “We seem to have a bit going in that sector right now. We’re busy, and it’s a good mix all around.”

The AIA suggests that growth in architecture should continue at least through 2020, but a number of emerging red flags suggest a cautious outlook.

Spending on non-residential buildings nationally is projected to grow by 4.4% this year, paced by healthy gains in the industrial and institutional building sectors, it notes. For 2020, growth is projected to slow to 2.4%, with essentially no increase in spending on commercial facilities, but gains in the 3% range in the industrial and institutional categories.

“Still,” Baker said, “there is growing concern inside and outside of the industry that a broader economic downturn may be materializing over the next 12 to 24 months.”

Nationally, growth in gross domestic product is estimated to be close to 3% in 2019, while the job market continues to be healthy, with more than 2.6 million net new payroll jobs added in 2018, an improvement over 2017’s figure of just under 2.2 million. In fact, the national unemployment rate was below 4% for most of 2018. Consumer-sentiment levels remained strong, and the nation’s factories also were busy, with industrial output achieving its strongest growth in almost a decade. 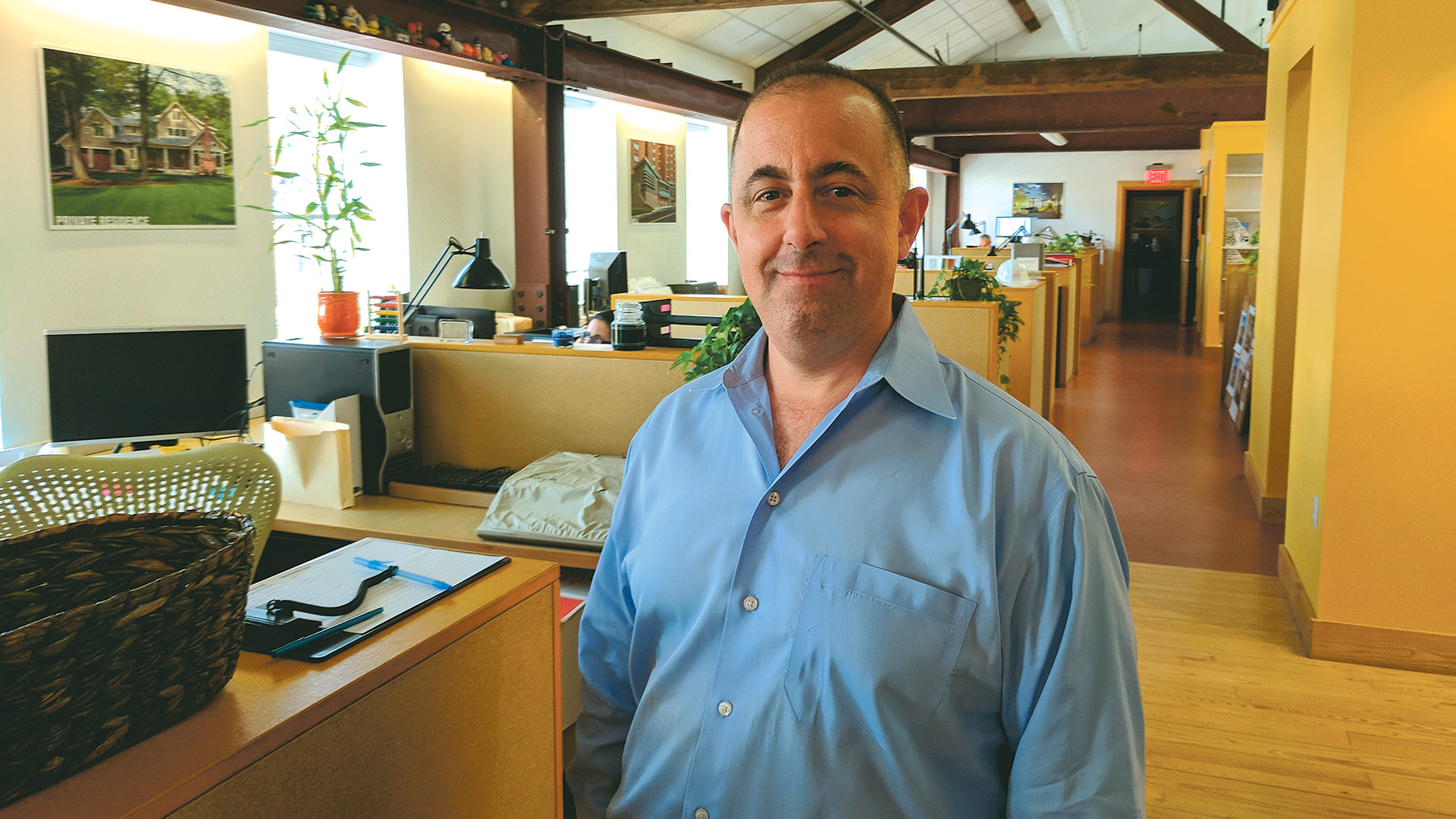 Jonathan Salvon says one of his firm’s three ‘legs,’ residential work, has been impacted by a slowdown in single-family construction over the past decade, but a rising portfolio of multi-family projects has picked up the slack.

However, there are several signals that point to an emerging slowdown in the broader economy, and therefore in the construction sector, Baker noted. These include declines in leading economic indicators, weakness in some key sectors of the economy, and softness in the markets of major U.S. trading partners. “These signals may be temporary responses to negative short-term conditions, but historically they have preceded a more widespread downturn.”

Meanwhile, since dropping sharply during the Great Recession, housing starts have had a very slow recovery, the AIA notes, and Salvon can attest to that reality locally. But Kuhn Riddle has adjusted in other ways.

“We’ve always been a stool with three legs,” he said. “One-third is work for various colleges, charter schools, prep schools, secondary schools, and even some day cares — we run the whole gamut in education. The second third is residential work; in the past, before the 2009 recession, that was often single-family residences. That market has never really come back, at least for us. But we’ve been lucky to develop a new market in multi-family projects.”

The third leg is a variety of commercial projects, including office buildings, restaurants, and bank renovations, to name a few, Salvon said.

“Hopefully we all stay busy. But we do know it goes in cycles; we’ve been through plenty of slower times and a lot of boom times. But we’ve been very blessed. We’re pretty busy and hope to stay that way.”

Nationally, Baker sees design work on the commercial front as a bit of a mixed bag at the moment.

“Business investments often reflect what corporate leaders feel is the growth potential for their companies. Investment nationally in new plants and equipment saw healthy growth in 2017 and through the first half of 2018, but slowed significantly beginning in the third quarter of last year,” he noted. “Given the recent trends in business-confidence scores, investment is unlikely to accelerate anytime soon. Business confidence fell sharply through 2018, with the fourth quarter showing the lowest levels in six years.”

In the Bay State, the picture is equally muddy. The Business Confidence Index issued monthly by Associated Industries of Massachusetts (AIM) reported a gain in February after dropping in January to its lowest level in more than two years.

“Employers remain generally optimistic about a state economy that continues to run at full-employment levels and a U.S. economy that is projected to grow by 2.2% this year,” said Raymond Torto, Chair of AIM’s Board of Economic Advisors and a lecturer at the Harvard Graduate School of Design. “At the same time, the erosion of confidence among Massachusetts manufacturers during the past 12 months raises some concern about the long-term sustainability of the recovery.”

On a sector-by-sector basis, Baker reported, design work for retail facilities continues to suffer from the growth on online shopping.

“E-commerce has been growing at about three times the rate of traditional brick-and-mortar sales. The slowdown in housing hasn’t helped, as new residential development often spurs new retail construction activity,” he noted. “Instead, larger shares of investment in these facilities is going to the renovation of existing buildings.”

On the other hand, office projects represent the strongest commercial sector in construction right now, with 5% growth projected for this year and 1% in 2020. “This sector has benefited from strong job growth and the apparent bottoming out of the years-long decline in office space per employee,” Baker said. “Much of the increase has come from the booming technology sector, so the outlook is dependent on continued growth in this industry sector.”

Meanwhile, eds and meds — or education and healthcare, two pillars of the Western Mass. economy — represent very healthy sectors nationally for architects and general contractors. AIA projects 5.5% in the education sector this year and an additional 4% in 2020, and 4% growth in healthcare in 2019 followed by 3.6% in 2020.

“We’re pretty diversified and active in a lot of different environments,” Edgin said. “It’s not just schools, not just police stations, not just fire stations, but a little bit of everything.” He cited the recent renovation of Polish National Credit Union’s Front Street branch in Chicopee, as well as a new Arrha Credit Union branch in West Springfield and a project with the Boys and Girls Club of West Springfield. “A lot of things take a while, so it’s that advance planning that keeps you busy a year or two from now.”

Baker reported that business conditions at U.S. architecture firms in 2018, as measured by AIA’s Architecture Billings Index (ABI), were essentially unchanged from 2017.

“Since the ABI has been shown to lead construction spending by an average of nine to 12 months, this would suggest that the growth in spending on non-residential buildings in 2019 should be close to the growth rate of 2018,” he noted. “Additionally, new design contracts coming into architecture firms grew at a healthy pace in 2018, underscoring the robust level of backlogs currently enjoyed by most firms.”

Meanwhile, Dodge Data & Analytics recently released its 2019 Dodge Construction Outlook, which predicted that total U.S. construction starts for 2019 will be $808 billion, staying essentially even with the $807 billion estimated for 2018.

“There are, of course, mounting headwinds affecting construction, namely rising interest rates and higher material costs, but for now these have been balanced by the stronger growth for the U.S. economy, some easing of bank lending standards, still-healthy market fundamentals for commercial real estate, and greater state financing for school construction and enhanced federal funding for public works,” said Robert Murray, chief economist for Dodge Data & Analytics.

Locally, both architects and builders are maintaining the same sort of cautious optimism, at least in the short term.

Finding talented staff remains a challenge, he said, because strong growth among architecture firms in general means stiff competition, and Greater Springfield isn’t always a top destination for young professionals in the field compared to, say, Boston or New York, where pay scales are higher (but, of course, so is the cost of living).

Salvon understands that reality as well, but said Kuhn Riddle has benefited from its location in downtown Amherst, where it has easy access to the UMass architecture program. “We’ve been a little spoiled — we’ve been privileged to get some employees out of that program over the last decade or so, and we’ve tried to make a nice work environment, so people been staying here.”

All things considered, he told BusinessWest, the outlook seems strong in architecture locally, and others agree.

“We’ve been able to build some good staff and a good team, so we’re happy about that,” Edgin said. “Hopefully we all stay busy. But we do know it goes in cycles; we’ve been through plenty of slower times and a lot of boom times. But we’ve been very blessed. We’re pretty busy and hope to stay that way.” 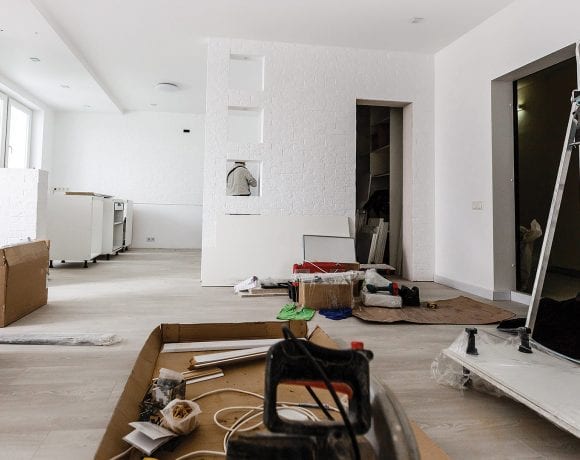