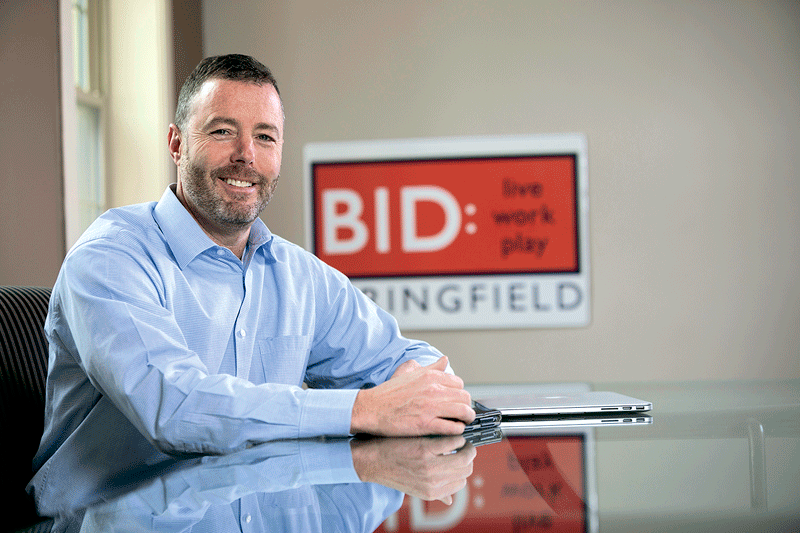 Chris Russell says the BID’s roster of events and programs is creating additional foot traffic and vibrancy in the central business district.

Chris Russell didn’t have all the details, but he had enough to make his point — and make a good segue into his discussion about the Springfield Business Improvement District’s lineup of events for the coming months.

Russell, the BID’s executive director, said an official with one of the downtown Springfield hotels had informed him that the flight crews for one of the major airlines — he’s not sure which one — had made a formal request to lay over in Springfield when flying into Bradley International, rather than Hartford, because there was much more to do in the City of Homes.

And their request was heeded in the form of a long-term contract.

“We were being shopped against Hartford and Windsor Locks,” he told BusinessWest, “and the flight crews had reported back that there’s a lot of good stuff going on here.”

Those at the BID didn’t exactly have airline flight crews in mind when they put together this year’s array of programming, which includes everything from classic car shows to a beer garden to a local music festival, but that constituency was just one of many that figures into the equation.

The broad goal, said Russell, is to create a critical mass of people, a degree of vibrancy, if you will, one that will support businesses downtown while also providing an environment that makes the central business district a true destination.

Elaborating, he said the programming is assembled with several specific goals in mind. One is to give those already working downtown reasons to stay in that area long after 5 o’clock rolls around. Another is to give people not living or working in the downtown a reason to come into it.

“There’s a lot of value to these events,” he explained, referring to them as both singular items and a collective of happenings. “They’re keeping people here longer; the majority of people who work in the downtown doesn’t live in the metro center, so their habit is to get in their car at the end of the day and leave immediately. We wanted to keep people here longer and have them spend money in the downtown longer than just during their workday.

“The popularity of the events has had a transformative effect,” he went on. “And now we’re seeing many more people coming in from out of town.”

• Restaurant Week: Set for April 21-30, this now-annual event has become a celebration of Springfield dining. Patrons can expect to dine at participating restaurants across the city and choose a host of specials priced at $20.17 to commemorate this year.

• Cruise Nights: The popular classic car shows will move to Court Square for this year (Stearns Square will be undergoing renovations), and Russell believes this site will bring more people, more attention, and more color to the popular Monday night shows, which begin May 15 and run through at least August.

“Being in the heart of the city, the ease of getting in and out, the photo opportunities … this will be a great venue for these shows,” he said, adding that there will be live music at these weekly gatherings, which usually feature several dozen cars crossing many decades of classics. And the shows have another purpose — raising money for Square One and the Shriners.

• White Lion Wednesdays: The popular beer garden, launched with the goal of helping entrepreneur Ray Berry build awareness of his craft beer, will return starting May 17. They will be staged at three locations on a rotating basis: 1350 Main St., Tower Square Park, and the Shops at Marketplace.

The decision to rotate venues brings attendees to different sites across downtown, and it also creates a greater dialogue about the shows, said Russell, adding that they also generate vibrancy on a different night of the week (Wednesday), which benefits businesses in the district.

At the height of last season, White Lion Wednesdays, which feature local musicians, were drawing north of 300 people, eventually catching the attention of Food & Wine magazine, which called the series one of the best new beer gardens of 2016.

“The music is an important component of these events, but it’s not the primary driver for people to be there,” said Russell, explaining why this has become more than a concert series. “People aren’t coming exclusively to hear music; it’s a networking event, with a lot of young professionals and a lot of older professionals as well.”

• Thunderbird Thursdays: Like the White Lion events a night earlier, these gatherings, inspired by the city’s new American Hockey League franchise, will be staged at three venues on a rotating basis: 1350 Main St., 1550 Main St., and the Shops at Marketplace. And they are similar in nature, with music, a beer garden, food, and networking. They’ll start on July 6 and run through mid-October.

The series will also hit the road — the Big E, to be exact — on Sept. 7 for one night to celebrate the history of hockey in the region at a place where so much of that history was written, the Coliseum. “The Big E has generously donated a musical act, and we’ll be using their Infinity Stage for that night,” Russell explained. “It should be a great evening.”

• The Downtown Farmers Market: Covering still another day of the week (Friday), the markets will start the second season in Tower Square Park on May 19, and run through late October. The market will provide local produce, specialty food items, and hand-crafted merchandise.

“We got off to a very strong start with these markets last year,” said Russell. “And for year two, we’re looking at a much larger number of vendors; we’re adding a musical component and food trucks. With the farmers markets, we’re trying to draw people out during the day, get them to the park where they can buy fresh produce, dairy, and fine-crafted products.”

Also, he noted, “for the residents there, there is no grocery store, so we’re trying to help people make healthier food choices.” To that end, the market was accredited with the Department of Agricultural Resources, so residents with SNAP and EBT benefits may use them at the market.

• Court Square Music Festival: Slated for Sept. 9, the event will feature all local acts, with details to emerge in the coming weeks.

All that should provide those flight crews — and a host of other constituencies — with plenty to do this spring, summer, and fall. 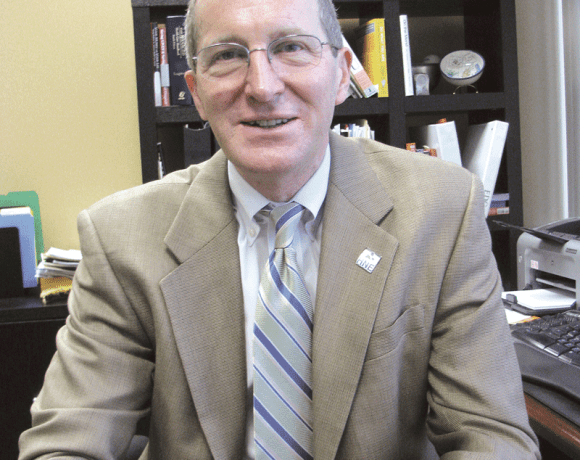