Show Us Your Bra

Since its inception in the early ’90s, The Breast Form Fund has been bolstered by the generous contributions of the Western Mass. business community and by one unique, far-reaching fundraiser: the Show Us Your Bra event held every two years in October. This year, the continued support of businesses, organizations, and individuals alike has provided for an even
larger month-long celebration of art, community involvement, and, most importantly, women’s health.

This laundry list of materials seems strange and random at first. It’s downright absurd when put into context — as the materials used to create one-of-a-kind, and often wild and wacky, pieces of art that all share one common trait: they’re bras.
Indeed, the Show Us Your Bra event, held biennially to benefit the Breast Form Fund, a non-profit that began at Gazebo, a lingerie and post-mastectomy shop in Northampton, is a one- (or shall we say two) of-a-kind event. But kidding aside, its also one of the most effective and imaginative fund-raising activities devised to assist survivors of breast cancer in living and feeling well.

“It’s an artsy, humorous, light way of addressing a serious issue,” said Judith Fine, owner of Gazebo and co-founder of the Breast Form Fund, along with Gazebo manager Emma Dostal. “It’s also all-inclusive — all are welcome to submit a bra they’ve created — boys, men, children, the elderly, everyone. I think that’s one thing that has made us so successful.”

Show Us Your Bra has become the defining aspect of the Breast Form Fund, which supplies funding for uninsured and underinsured women who have had mastectomies to allow them to purchase breast prostheses and post-mastectomy bras. Fine explained that, for many years, the American Cancer Society supplied grant money for women in need of breast forms. But in 1992, that funding dried up, and Fine and Dostal saw an opportunity to help breast cancer survivors by creating a fund derived from a percentage of all of Gazebo’s sales.

“We addressed the issue by taking a percentage of sales and immediately saw that start to help people,” she said.

The Breast Form Fund functioned in that way for several years, essentially as a separate bank account operated by Gazebo that supplied $400 grants to breast cancer survivors for a breast form, which costs about $300, and two bras.

Soon, though, said Fine, the Breast Form Fund concept began to grow, and take on a life of its own, making its biggest leap on the occasion of Gazebo’s 20th anniversary in 1997. A unique celebration was planned that put the creative mettle of Western Mass. residents to the test, charging people of all ages and walks of life to create an artful rendition of a bra, and give it a clever moniker.

“The event was only meant to be held once,” Fine explained. “It was devised to commemorate our 20th anniversary and we were happy to see it become such a hit, but the next year, when we began telling people that it wasn’t going to happen again, they started demanding it.”

Thus, the Show Us Your Bra fundraiser was born. The following year, the event garnered 30 entries, and the year after that, it received 40. The most artful and cleverly named bra creations were chosen to create a Show Us Your Bra calendar, which raised additional funds for the Breast Form Fund and remains a large part of the event. Shortly thereafter, the fund became an official 501C-3 non-profit, merging with Tapestry Health.

As Show Us Your Bra continued to grow, Fine said she and fellow coordinators made the decision to hold it only every other year, as the number of entries was actually getting too large. The off-year also provides time to plan the event and to concentrate on marketing and promoting the Breast Form Fund.
But that’s not to say the event’s popularity waned. Since 1998, Show Us Your Bra has added a gala auction to its fundraising repertoire, at which visitors bid on their favorite bras.

“That was the year we went really big,” Fine said, noting that it was also the year that specific dates marking the event’s gradual growth and success began to get hazy, as positive momentum made the Breast Form Fund and Show Us Your Bra less a free-standing event and more a regional fixture.

The fund ended its partnership with Tapestry Health in the early years of this decade and formed a new one with the Cancer Connection in Florence, and now functions as an independent non-profit.

The 2003 show displayed a staggering 240 bra creations, many from local artists, cancer survivors, support organizations, schools, and individuals, but others from as far away as California or Colorado.

Fine said the expansion of Show Us Your Bra has allowed the Breast Form Fund to help a greater number of women, and to assist them more efficiently. In the past, she said, women had to come directly to Gazebo to be helped, but now women within a 50-mile radius of downtown Northampton can easily apply for a grant through the fund and receive assistance and information due to the fund’s expanding resources, now hovering around the $40,000 mark. Fine and the Breast Form Fund’s Board of Directors are currently at work extending that radius to 100 miles, with the goal of reaching across New England and, eventually, the country.

Sandra Hubbard, a nurse practitioner with Baystate’s Regional Cancer Program and Comprehensive Breast Center, said Baystate has been involved on some level for many years, and sees the importance of the Breast Form Fund first-hand everyday.
“I’ve been personally involved for some time,” said Hubbard, “sending clients to the fund since it began. It’s important to work with and fundraise for the Breast Form Fund because it is the only service of its kind in the area.

“I see newly diagnosed patients all the time that do not have adequate insurance coverage to purchase mastectomy bras or prostheses,” she continued. “Our staff became aware of the Breast Form Fund early on because it was one way for us to address the many needs of our patients.”

Hubbard added that representatives from the D’Amour Center for Cancer Care or the Comprehensive Breast Center are routinely on hand at Show Us Your Bra events, which this year will include the original contest and display of art-bras, to be located at the Northampton Center for the Arts throughout the month with an auction on Oct. 22, the auction, and a black-tie kick-off celebration to be staged on Oct. 6 in conjunction with the Paradise City Arts Festival at the Hotel Northampton.

At the gala, eight artful bras, created by juried Paradise City ‘bratistes,’ such as Josh Simpson of Shelburne Falls who is famous for his intricate glass planets, will be auctioned off.

“It’s the twist this year that is going to help us continue to ‘raise the bra’ on the artistic merit of this event,” Fine quipped.

“A lot of the bras that people contribute are funny, but many are poignant, too,” she continued. “And the fact that Show Us Your Bra just keeps getting bigger and bigger is proof that everyone knows someone who has had breast cancer, and everyone’s lives are touched by it. But gradually, we’re addressing a real need here with the help of many, many people.” 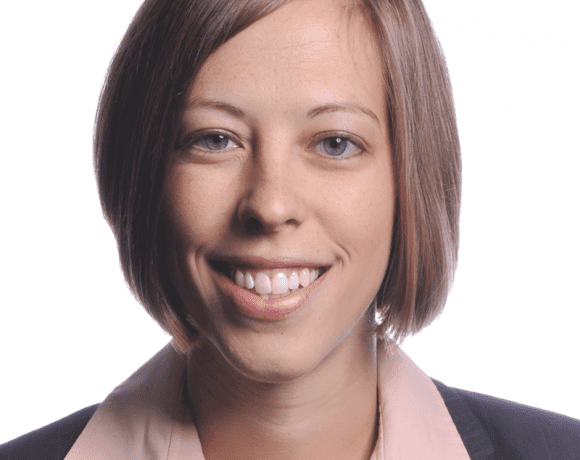