They’re called New Market Tax Credits, a federally funded economic development vehicle designed to spur activity in low-income urban and suburban areas. Few developers and business owners in the region know they exist, and fewer still know (or want to know) how they work. But they’ve been used to bridge financing gaps needed to bring projects like the River Valley Market in Northampton (below) to fruition, and could be a useful tool in the broad effort to revitalize neighborhoods in Springfield and other area communities.

Austin Miller has been involved with commercial and residential development for more than 30 years now. To bring various projects to fruition, he’s tapped clients into a number of government-funded programs, and through those experiences has come to one of those ‘death-and-taxes-like’ conclusions:

“When you’re dealing with government programs, two things always get you in trouble,” he explained. “The first is trying to use logic, because the government never uses logic, and the second is to try to think simply, because nothing is ever simple. If you keep those two things in mind, you might get there.”

All this goes double, maybe triple, for something called New Markets Tax Credits, a relatively new, U.S. Treasury-funded method for spurring development in lower-income, underserved areas across the country. This is a complex product, so much so that, when asked what language he uses to explain how they work, Miller said simply, “usually, I don’t even try.”

Instead of focusing on what these tax credits are and exactly how they work, Miller, a principal with Springfield-based MBL Housing & Development, which has consulted on a number of area projects, prefers to talk about why developers might want to consider them as a viable option for closing gaps in project funding, and when and where they might be applied.

Locally, this includes ventures like the Holyoke Health Center and, more recently, the River Valley Market now taking shape on King Street in Northampton, a unique venture described by those involved as a “locally grown food cooperative” that’s member-owned.

The 17,000-square foot marketplace, which will sell locally produced foods and other products and is nearly ready to open its doors, has received nearly $7.5 million in funding from a variety of sources, both traditional and non-traditional. The former includes debt financing from Bank of Western Mass. and several subordinate, or secondary, lenders, including the Western Mass Enterprise Fund (WMEF), a nonprofit community loan fund, which made $300,000 available in working capital.

The WMEF has also partnered with Portland, Maine-based Coastal Enterprises Inc. (CEI) and its associate, Trans Capital Investments, to bring $2.03 million in new markets tax credits to the project, a key development in making the venture possible, said Chris Sikes, executive director of the WMEF.

Sikes and Miller, who served as a development consultant for the River Valley project, both told BusinessWest that NMTCs can help spur development efforts in Springfield — several sections of the city meet income guidelines spelled out by the Treasury Department for the program — and many other communities in the Pioneer Valley. The challenge, they say, is to make developers and nonprofit groups aware of the tax credits, the benefits they bring to borrowers, and how they make projects like the River Valley Market ultimately doable.

“The tax credits provide about a 30% discount on a project,” said Sikes, noting that this is the percentage of the loan amount (roughly equal to the tax credit given the investor) that is essentially forgiven. “If you had a $1 million project, at the end of seven years, it’s down to roughly a $700,000 project, depending on how the deal is structured.

“It’s a tremendous opportunity for this region,” he continued, “we now have access to these tax credits, and we need to take full advantage of that opportunity.”

To help explain how NMTCs may help with financing projects in Springfield, Sikes, in a presentation to city officials several months ago, offered a PowerPoint synopsis he called “New Markets Tax Credits Lite.”

Like Miller, he found himself moving quickly through the math portions of the exercise that explain why the credits are an attractive option for investors — debt and equity investors earn a federal income tax credit, calculated on the amount provided, over seven years: 5% for each of the first three years and 6% for the next four years — and focusing instead on how they might help revitalize neighborhoods.

“Our mission at the enterprise fund is to create economic opportunity for low- and moderate-income communities in Western Mass., and the way we do that is to bring capital into the region, whether it’s our own or others’,” he explained, noting that, while the WMEF provides loans ranging from $500 to $300,000 and other types of financing, the more important numbers concern the amount of capital its activities leverage. “What matters is that the right kinds of capital get into the region to help it grow.”

And the NMTC has become a new and potentially powerful tool for meeting that mission.

The program was created in 2000 by the Community Tax Relief Act of 2000, for the purpose of leveraging capital from investors to spur economic development in urban and rural low-income communities. Roughly $3 billion in tax credits are made available each year, and there is mounting competition for them, said Sikes.

Language provided by the Treasury Department’s Community Affairs Division and its Insights publication provides ample evidence that Miller is right about government programs not being simple. In describing NMTCs, Insights serves up an alphabet soup of acronyms to describe who can use the tax credits and how.

“A prospective recipient of new markets tax credits must be certified by the CDFI Fund and a qualified community development entity (CDE) before submitting an application for a tax credit allocation. An NMTC application is evaluated by the CDFI Fund on the basis of the CDE’s business strategy, capitalization strategy, management capacity, and projected community impacts.

“The NMTC process works as follows: The CDFI Fund allocates NMTCs to CDEs which, in turn, offer them to investors in return for equity capital. The proceeds from investors are referred to as Qualified Equity Investments (QEIs). CDE allocatees and other parties such as equity fund managers, market the availability of NMTCs to prospective investors at the institutional and individual level.

“Using the QEI proceeds, a CDE makes its financial assistance available to eligible businesses known as Qualified Active Low-Income Community Businesses (QALICBs). ‘Substantially all’ of the QEIs, defined as 85%, must be deployed by the recipient CDE within one year in Qualified Low Income Community Investments (QLICs). The QLICs comprise a host of financial and technical assistance to eligible businesses: investing in or lending to these business enterprises; investing in or lending to CDEs; purchasing loans from CDEs; and providing financing counseling and other services (FCOS) by the CDE to organizations, including nonprofit and organizations, to assist with business plan development, financial analysis, financing, and similar activities.”

That’s the simple explanation. There are another 20 pages of dizzying text outlining various models — ‘bank-operated’ and ‘third-party’ — as well as financing structures (leveraged and non-leveraged), key risks, regulatory issues, and other considerations.

All developers and business owners really need to know, at least at the outset, is that the tax credits can be used to help support a wide array of ventures that share common challenges — especially the fact that many don’t easily qualify for traditional financing to cover all or part of their need.

This was the case with the River Valley project, Sikes recalled, noting that discussions between backers of that venture, which eventually became a QALICB, and the WMEF began nearly three years ago.

It took some time, he said, to piece together a complex financing collaborative that would eventually include seven lenders (led by the Bank of Western Mass.), one investor, and 26 guarantors.

“This was not only a very complicated deal, but it involved the entire Northampton community to put it together,” he explained, noting that the NMTCs were pivotal, and the project became eligible because that one small area off King Street is the only one in Northampton that meets the definition of ‘low-income community’ or ‘New Markets Tax Credits Zone’ as set by the Census Bureau — a poverty rate of at least 20% or median income of up to 80% of the area or statewide median, whichever is greater.

This was the first foray into the Pioneer Valley for Coastal Enterprises, said Sikes — the $30 million Holyoke Health Center project was supported by Boston-based Mass. Housing Investment Corp. — and it took some time to materialize. He expects that there will be many more, and that they will come together more quickly and easily.

A look at CEI’s New Markets Tax Credits portfolio, assembled by its subsidiary, Capital Management LLC, shows the many diverse ways the credits can be put to use. CEI has been awarded nearly $250 million in credits to date and has put them to work in ways ranging from sustainable forestry initiatives to marine businesses; from tourism ventures to manufacturing companies. Projects include:

• Gulf of Maine Research Institute: $4.1 million of NMTC capacity used to provide long-term debt financing for the institute’s marine research/education laboratory in Portland, Maine, with a principal mission of supporting the fishing industry in the Gulf of Maine;

• Ingraham Community Services: $4 million of NMTC capacity to allow Ingraham, a community-based nonprofit that provides crisis response, residential, and support services to purchase a building in downtown Portland to consolidate disparate operations into one location so it can reduce its rental costs and take advantage of greater operational efficiencies.

These examples show how NMTCs can be put to work in the Pioneer Valley, said Sikes, noting that, while there are limitations on how and where they may be applied — they cannot be used for affordable housing projects, for example — they can be a practical tool for economic development in this region.

He pointed to Court Square in Springfield — where a boutique hotel was planned, then shelved, but still remains a viable option — and the so-called State Street Corridor, as examples of where they might be effectively utilized.
“The State Street area was made for these tax credits,” he explained. “They could play a large role in generating investments in that corridor.”

Overall, Coastal weighs requests for tax credits based on several criteria, the first being that a project must make economic sense, said Sikes, adding that there must also be tangible benefits for the community or specific neighborhood.

“Coastal wants its projects to have an impact,” he explained. “They want the money to mean something. This isn’t about building a few McDonald’s; that’s not what this is for.”

As the benefits to be derived from the tax credits — for both the investors and the borrowers — become known and understood and developers and business owners become more savvy with regard to them, competition for NMTCs continues to mount, said Sikes. “Coastal Enterprises has put out about $200 million of credits, and they probably have another billion-and-a-half in the pipeline, because as people find out this, they want to get involved.

“That said, Coastal Enterprises wants to do more deals in this market,” he continued, adding that he projects that $50 million or $60 million could be brought into the region, as long as CEI continues to receive its current allotment.

We need to get some projects together, and we can do that if more people become aware of the tax credits and what a great opportunity they represent.”

Like Sikes, Miller said more investors and borrowers are becoming more savvy about NMTCs, because they add up to attractive, relatively low-risk deals for both sides of the transaction.

These deals are not simple, in keeping with Miller’s thoughts on government-funded programs, and sometimes the rules pertaining to them are not exactly logical. But in many ways, these deals make sense — and they make for intriguing possibilities for future economic development.

Stockbridge Evolves While Retaining Its Character 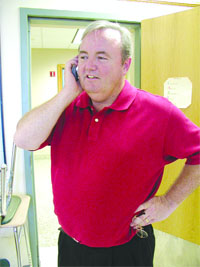 A Test for Privatization 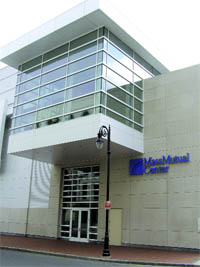