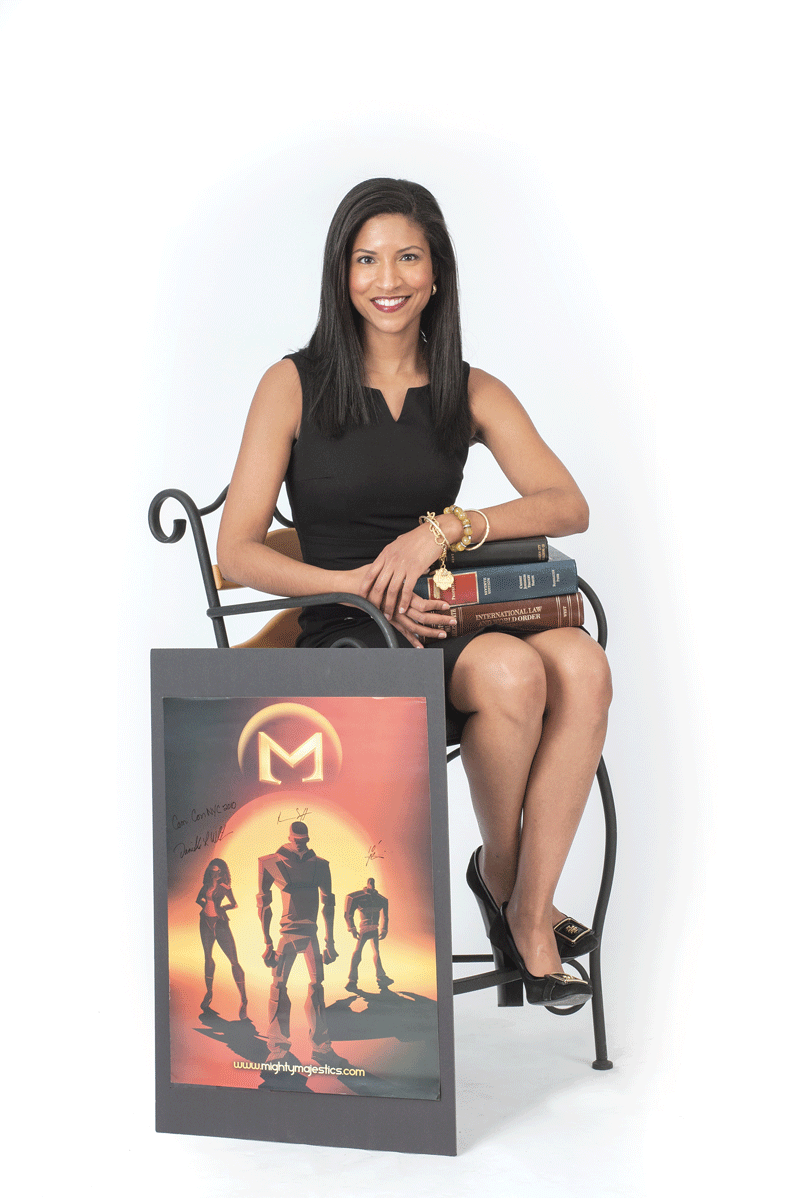 To most of the world, they are Asha, Henry, and Stanley Crenshaw, cousins, teenage heirs to the massive Crenshaw Family Foods empire, and sole survivors of the tragic, and suspicious, explosion that wiped out the entire Crenshaw family — except for their beloved Uncle Fletcher.

To the forces of greed and chaos, however, they are the Mighty Magical Majestics, keepers of ancient mysteries and defenders of civilization. And they are a product of the imagination possessed by Danielle Williams — by day an attorney with the Northampton-based firm Fierst, Kane & Bloomberg LLP, specializing in litigation, housing, and intellectual-property law — and co-creator Armani Barake Scott.

“It’s basically a melding of our families — his children and my niece and nephew, and it’s been a great experience and a lot of fun,” said Williams as she explained the Majestics concept and the inspirations for the superheroes themselves. “It’s based on Egyptian mythology, and trying to understand the legacy they stumble upon. They only have bits and pieces — they’re trying to discover who’s after them and who killed their family.”

In the partners’ first Majestics comic book, Anubis Plague Part 1, the young superheroes head to the Midwest in hopes of finding answers to a pattern of powerful and very suspicious storms that are destroying industrial farms and killing herds of cattle.

As the title suggests, there is much more to this saga coming — another three parts are planned, said Williams, adding that, as she and Scott continue writing — they share those duties and together decide plot lines — they are also working on a webisode based on their concept.

While continuing to develop the Majestics through GADA, the entertainment company created by the partners, Williams continues her law career, one that began with her battling crime in a different way — as an assistant district attorney in Hampden County — before she followed a friend’s advice, moved to New York City, and began mixing legal work with creative writing.

She returned to Western Mass. several years ago, and has become active in the community she has always considered home. She is a founding board member and board secretary of Veritas Prep Charter School, a member of the MacDuffie School Advisory Board, and vice president of the Greater Springfield Chapter of the Links Inc. She has also done volunteer work with PeaceJam New England and the United Way of Pioneer Valley — efforts that are heroic in their own way.