Thinking outside the box comes naturally to Dennis Francis. So does thinking about the box and ways to shape it into a highly successful business venture.

But that would be expected from someone who founded a company called America’s Box Choice (ABC), a Holyoke-based enterprise that now does $2.5 million in sales annually only a few years after Francis started the operation from the back seat of his car.

After being laid off from a job at a box-making company in 2004, Francis decided to strike out on his own and act on a business idea that he wrote down on a napkin one day. “The general idea was just to sell boxes and moving supplies to people who were moving in the area,” he told BusinessWest. Just four years later, Francis is selling everything from mailing tubes to bubblewrap out of a 30,000-square-foot warehouse, and servicing more than 285 customers, including 180 UPS stores throughout New England.

But Francis’ ambition doesn’t stop with his company. He has been a major player in rejuvenating the Springfield Salvation Army’s Coats for Kids campaign. His company has provided boxes for the drive, and has transported the coats for cleaning. In addition, Francis rolled up his sleeves and helped families pick out coats during the annual distribution event last fall.

Francis told BusinessWest that seeing the families in need made him want to keep on giving. “You don’t realize how much help these kids need until you get involved,” he said.

Francis also continues to be an active volunteer for the American Cancer Society. After seeing cancer strike someone in his life, Francis turned to the American Cancer Society for support, and now makes every effort to give back. This year will be his seventh year volunteering at the annual We Can Weekend retreat for cancer patients and their families at Mount Holyoke College. “They helped me, so I want to give back,” he said. “It just feels good.”

When he’s not running his business or volunteering, Francis and his wife, Lori, like to travel. Recently back from a trip to Aruba, he said that, now that his business is off the ground, he’d like to travel more and perhaps take a trip across the country in the near future.

If he needs any boxes, he’ll know where to get them. 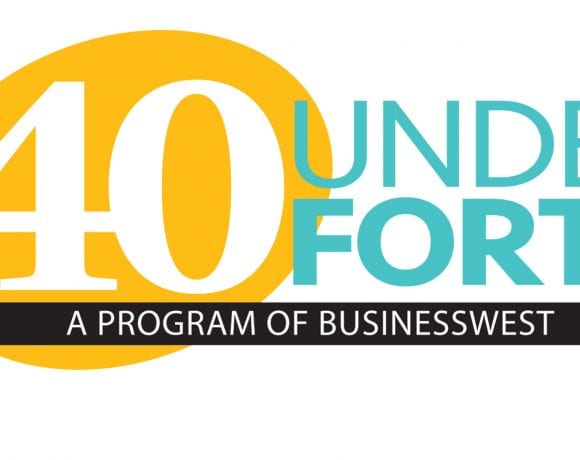