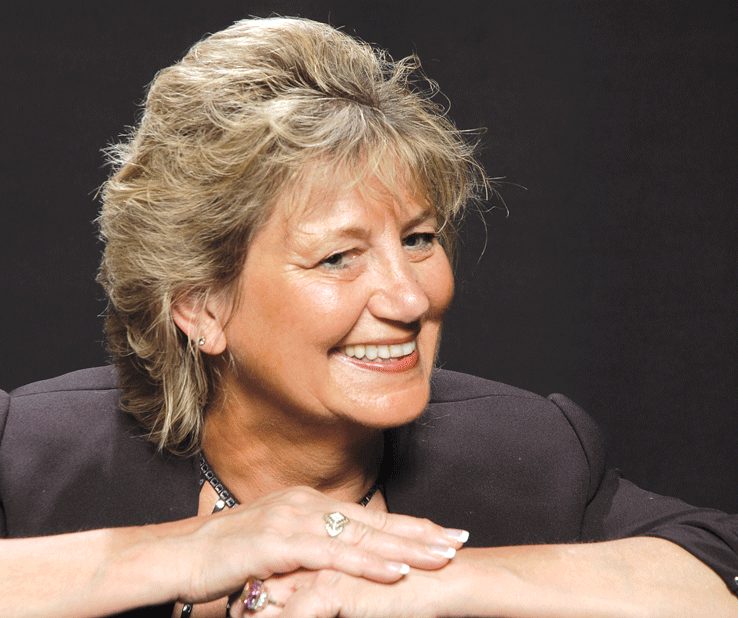 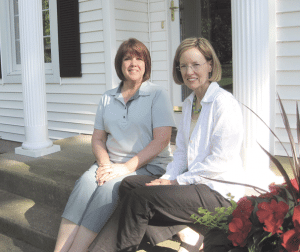 Eileen Jerome, left, and Susan Kelley are proud of the caliber of educational programs that the WBOA offers area women in business.

Those were the two words Susan Kelley summoned when asked what she gains through her participation in the Women Business Owners Alliance of Western Mass. (WBOA), a carefully chosen name that speaks volumes about what the organization is all about.

It truly is an alliance, said Kelley, owner of Kelley Tax Services in Westfield and current vice president of the WBOA board of directors. Elaborating, she said the group is comprised of mostly small-business owners who network, sometimes do business with one another, and raise money together to support nonprofit organizations that benefit women and girls. But mostly they learn from experts in the field and especially from each other, and come away empowered by the stories of perseverance that are told at the group’s monthly meetings.

“It is inspiring to learn from others who can share their work experiences,” said Eileen Jerome, current board president and owner of Jerome’s Party Plus/Taylor Rental in Westfield, who joined the group five years ago and has inspired others with her success.

This is what Renate Oliver had in mind when she started the organization in 1982, said Jerome, adding that Oliver will be one of many speakers at an elaborate 30th Anniversary Gala to be staged June 21 at Chez Josef. The event will honor a number of women for their contributions to the organization and their success in business, but mostly, the gala will be a celebration of how the WBOA has grown and evolved over the past three decades.

Indeed, the calendar is now filled with everything from a highly successfully fall speaker series appropriately named Kaleidescope to a raucous annual Women’s Night of Comedy, which is a fund-raiser for area nonprofits. Meanwhile, the group continues to meet monthly and thus carry out its primary mission: to empower women entrepreneurs to be all that they can be.

For this issue and its focus on women in business, BusinessWest looks at how that mission is carried out, and, in the course of doing so, explains why there will be much to celebrate at the upcoming gala.

Christine Parizo will be one of those honored on June 21. 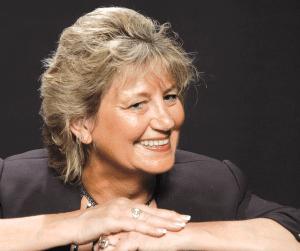 Freda Brown will be honored as 2012 Business Woman of the Year at the WBOA 30th Anniversary Gala.

A freelance copywriter who was already busy enough being a mother of two children with her own business, Christine Parizo Communications, she joined the Women WBOA because she saw it as an opportunity to grow professionally, learn from others in situations similar to hers, and become involved in the community.

From the start, she liked the group, and it liked her — enough to ask her to fill an open seat on the board, one involving communications and public relations, talents she specializes in. “I guess that if you want something done, ask a busy person,” said Parizo, who will be honored as the 2012 Outstanding New Member at the gala.

In many ways, her story is typical of those who become part of the organization — small-business owners who join to network and also tap into the collective wisdom in the room at the monthly breakfast meetings.

Jerome told BusinessWest she wasn’t quite sure what to expect when she attended her first meeting at the behest of a friend who thought she would fit in. “I walked into a room full of strange women,” she recalled, meaning people she had never met. Soon, they weren’t strangers, and Jerome eventually settled into a leadership role that put her on the path to becoming president.

She said there are currently about 80 members representing a number of professions and business sectors. The current roster includes attorneys, business coaches, financial planners, jewelry designers, and realtors, among others. Each has a different business story to tell, but there are common denominators: they own small businesses that want to grow, face myriad challenges as they go about that assignment, and often wear many, if not all, of the hats in their organization.

Such is the case with Kelley, a sole proprietor who came from the corporate world where literally everything was at her fingertips, and those little bothersome things like marketing, advertising, and ordering office needs were all done by other people. When she moved back to the area five years ago and started a new business on her own, it was a whole different world.

“I really needed to get out and meet other business owners, and having come from such a large company, it was very limiting being on my own,” she explained. “At WBOA, I felt welcomed; the speakers were very inspirational.”

Jerome told BusinessWest that WBOA is a very hospitable group, and every effort is made to welcome a new person, find them a place to sit, and let them know the routine immediately.

“We are a non-competitive group; we can have two women from the same type of business, and they support each other,” she said, adding that the goal isn’t for everybody to use each other as a prospect, but to grow each other’s business through support, education, and new relationships.

Jerome told BusinessWest that there are many benefits to be derived from WBOA’s $95 annual membership fee. These include everything from the many kinds of learning opportunities to the opportunity to qualify for a low-interest business loan from the organization.

Indeed, financial assistance is available for those who qualify through the Cheryl Reed Memorial Loan Fund, which was established in 1991 in memory of Cheryl Reed, who owned Cheryl Reed Travel in East Longmeadow and was a founding member of WBOA. The funds can be used to get a business started or take it to the next level, said Jerome, adding that the program represents just one of the ways WBOA has evolved over the years.

Another is through refinement of the many educational components of the group’s mission, starting with the programs at the regular monthly breakfast meetings.

Topics are chosen based on both emerging trends in business and the common needs of the members, said Jerome, adding that the goal with every program is to give the assembled women information and insight that they can take back to their businesses and apply immediately.

She recalled one session in particular that featured a human-resources professional who described recent research showing that women are far less likely to ask for help, money, new opportunities, and pretty much anything to do with business. Her message was that the true secret to personal and professional success is to ask and ask often, and she punctuated her case by highlighting stories of others’ success.

All of the monthly series events are morning sessions, Jerome said, but in the fall of 2013, WBOA will offer five evening events for those members who can’t attend morning events due to child care or other work issues.

Meanwhile, the popular Kaleidoscope Fall Speaker Series, which specifically showcases members of the WBOA, will resume in September. “Part of our mission is to showcase our members because they have great experience and examples that we can all learn from,” said Jerome. “We really have a variety of talent in our members.”

For example, this past fall’s series, which was sponsored by Bay Path College, offered six WBOA members the opportunity to share their expertise about business, marketing, finance, and work/life balance. The members presented two at a time over a three-week period.

The first week’s workshop covered the nuances of finding a business niche and getting finances in order; week two focused on the broad topic of time management and how to improve it. The final week allowed the speakers to help answer some questions that are pretty much on the tongues of women business owners everywhere, such as, how does one move a customer from ‘I’m interested’ to ‘here’s my credit card’?

Another example of the group’s progression and ongoing evolution is the annual Women’s Night of Comedy, which draws a sellout crowd and raises money for three local nonprofit organizations that help women and girls in various aspects of life. Last March’s event featured four comediennes, including one of the most sought-after personalities on the national comedy scene, Patty Ross, and raised funds for Rick’s Place, Safe Passage, and Dress for Success.

Kelley is quick to point out that the Women’s Night of Comedy effort is a rocking and rolling night of kinship and networking, but it’s no laughing matter. Just a few years ago, the organization was able to give $250 to each nonprofit.  Two years ago, the amount escalated to $3,000 per organization, and this past year was raised again to $3,500 for each.

“More people have heard of it and are coming back, bringing their friends,” she explained, adding that the event is feeding off its own success, bringing more ticket sales, raffle prizes, and, most importantly, sponsorship money. “It’s awesome to see that it’s really a great night and, best of all, it’s growing.”

There is a full agenda for the upcoming 30th-anniversary celebration, said Jerome, starting with awards to members such as Parizo and Freda Brown, the organization’s treasurer, who will be named Woman of the Year.

The WBOA will also spotlight the Pioneer Valley’s Top Women in Business, chosen by the group based on community involvement, business growth, mentoring, volunteering, and innovation, and Oliver will deliver her highly anticipated address.

But overall, the night will be a celebration of 30 years of growth, evolution, and continued refinement of those qualities on which the organization was founded: education and inspiration.