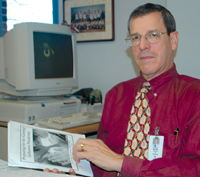 Dr. Richard Brown says the medical community is better prepared avian flu than it has been for other major health risks.

Avian flu is nothing new. The last three major flu pandemics, in fact, were caused by influenza viruses that stemmed from fowl and migratory bird populations. Those outbreaks were in 1968, 1957, and 1918 (the Spanish flu), and all originated in Asia, not unlike the current bird flu being monitored. Usually, there are about three pandemics a century, said Dr. Richard Brown, chief of infectious diseases at Baystate Medical Center. So were sort of due. The question is: is this it?

The term ‘pandemic refers to any outbreak that crosses borders as it spreads; i.e., a regional pandemic or global pandemic. The term does not refer to the actual severity of the illness that spreads, but the swift response on the part of various countries across the globe to the current avian flu  type H5N1, to be exact  is an effort to avoid the worst case scenario: a lethal, wide-spread public health issue.

Carol Wojnarowski, RN, manager of Infection Control at Holyoke Medical Center, said theres no way to tell if the danger associated with the flu virus currently on the global radar screen will increase, but said there is certainly cause for concern.

A strain of bird flu can exhibit either high or low pathogenicity, she explained, meaning it either exhibits a quick onset and the ability to kill an organism, or a slow onset and less likelihood to result in death.

The birds carrying the H5N1 virus in Asia and some parts of Eastern Europe have been exhibiting high pathogenicity, although only a handful of human cases have been recorded in remote areas of Cambodia, Indonesia, Thailand, and Vietnam to date.

Those humans who have contracted the flu are those who are coming in very close contact with these birds, Wojnarowski said.

We would be incredibly concerned if we started to see it spreading in the urban centers of those countries, because that would mean it was probably being passed from human to human.

In short, its the ease of spread coupled with a high pathogenicity that has government officials, including those in the U.S., on high alert.

The common flu viruses we have here now kill 36,000 people in the U.S. each year, she said. 90% of those people are over the age of 65, and usually die from pneumonia, which sets in after a prolonged illness.

With a flu that has a high pathogenicity (for humans), people dont have time to get to the pneumonia stage  they get sick very quickly and die from their flu symptoms. Theres also the danger of younger, healthier people getting the disease and dying from it  thats what happened during the Spanish flu pandemic of 1918, and thats what has people worried.

Further, since migratory birds are carrying the virus as much as fowl relegated to farms or contained areas, the virus has been seen creeping across the Asian continent steadily, another warning sign of an approaching pandemic.

Theres no question that these birds are moving, Brown said. The spread is directly related to their flight patterns.

Shot in the Dark

To address those concerns, a vaccine is currently in development for avian flu, although scientists are working with a moving target  flu viruses tend to mutate easily, making vaccines ineffective.

If a flu virus mutates in a major way, it essentially becomes a new virus to which populations are susceptible, Brown explained.

So in addition to vaccine development, contingency plans are being put in place on various plateaus, from the federal level to the state level and within hospitals and communities across the country.

Some policies being drafted are simple and resemble those often recommended for dealing with traditional flu viruses  avoiding the workplace when ill and constant hand-washing, for instance.

Hospitals are also working to stock greater numbers of masks, and create isolation wings or rooms and quarantine plans for the facilities, as well as for entire communities. They are also developing ‘surge plans, designed to help facilities handle the sudden onset of a number of patients that exceeds normal levels.

Wojnarowski added that all hospitals work closely with the Centers for Disease Control to report instances of flu hospitalizations and other instances of infectious disease.

If any patterns begin to develop, that ‘fish-net approach catches them early. In addition, she said the nation is also surveying poultry and migratory bird populations, in order to identify potential carriers of the virus.

Once the birds are sick, its too late  the virus is already doing its damage, she said. The country is taking the monitoring and evaluation of these birds very seriously.

Referring not only to his own organization but the country as a whole, Brown added that hes seeing a greater response to this health issue than others in recent memory, such as SARS.

I think were responding better to this issue than we have in the past, he said. This flu has the potential to attack healthier populations than we are used to; its more virulent, and people could be more prone to respiratory failure. That prompts a lot of questions, from the availability of ventilators to staffing, and the discussions to answer those questions are happening.

Its important to note, Wojnarowski and Brown agreed, that the U.S. does not anticipate imminent danger from the avian flu, although the plans being put in place now are not being considered pre-emptive or kneejerk reactions; rather, they are examples of proactive measures.

Theyre a good test, said Brown. In regard to the vaccinations, as we develop vaccines were also developing better ways to make them. There has been a lot of collaboration with hospitals and the state. Disaster plans are becoming more streamlined, and any weaknesses are being pointed out and fixed.

There are also medications available that are likely to have some impact on this flu, he continued. People should remember to live their lives  there are no restrictions on travel at this time, and people should feel free to eat chicken and other poultry. This flu may not be on its way this year, he concluded, but that doesnt mean it wont happen next year.

And he hopes it wont be news to anyone. 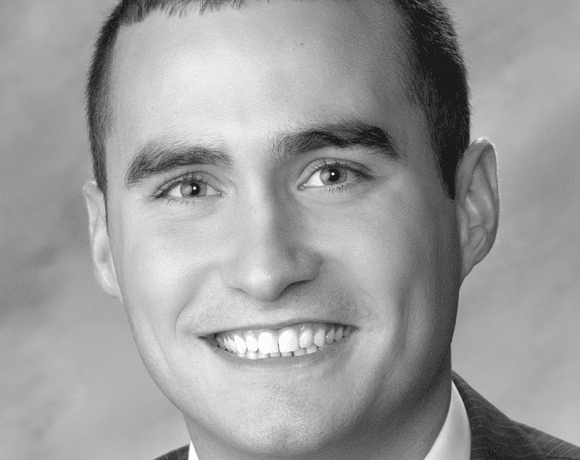