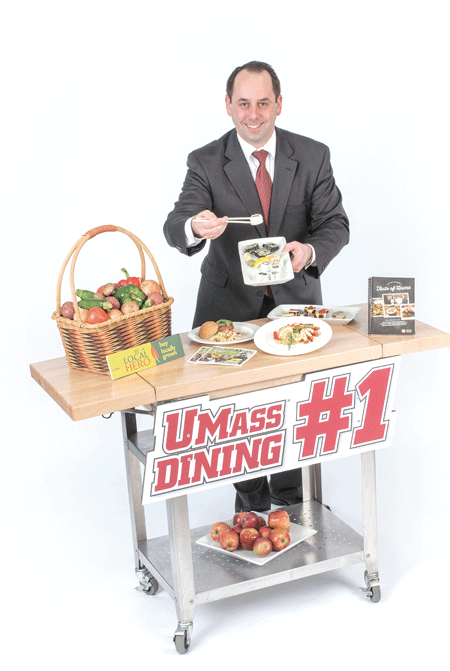 As the name suggests, it’s a statistic that tracks the number of meals that students enrolled in the dining program at UMass Amherst miss — for whatever reason or reasons. Going back 15 years, the percentage of meals missed was around 40%, said Garett DiStefano, director of Residential Dining at the university since 2010, adding that it’s now about 10% or less, because — and to make a long story somewhat short — the students don’t want to miss any meals because of the quality of the food, the service, and the experience.

That’s why, of all the numbers concerning the dining program, this is the one he’s most proud of, although there is some serious competition in that regard.

Start with 1 — that’s where UMass finished in University Primetime’s ranking of the “50 Best Colleges for Food in the U.S.” for 2013. Or 3, where the school finished in the prestigious Princeton Review’s “Best Campus Food” ratings the past two years. There’s also 5.5 million, the number of meals the department serves per year, and even 15,291 — the number of pounds of fruit salad UMass Dining produced last September to shatter the Guinness Book of World Records mark in that category.

Since arriving at UMass after working as a Wall Street analyst — work he found “unfulfilling” — DiStefano has had a huge hand in generating all those numbers and many more. The career move was a nod to his childhood and work he started doing at Captain Nemo’s, a burger and fried-clam shack run by his father and uncle that has been a fixture at the Big E for 40 years.

“I didn’t even know there was a giant slide at the Big E,” he joked. “I spent my youth there peeling potatoes.”

Today, he directs the second-largest self-operating dining operation in the country, and professes to love every minute of his job. “Food is so dynamic, and you always have a different take on it,” he said. “And the customer base we serve is here 16 weeks in a row, every day. So we have to continue to make it interesting for them and keep it fresh, and make it so they want to come to the Dining Commons.” 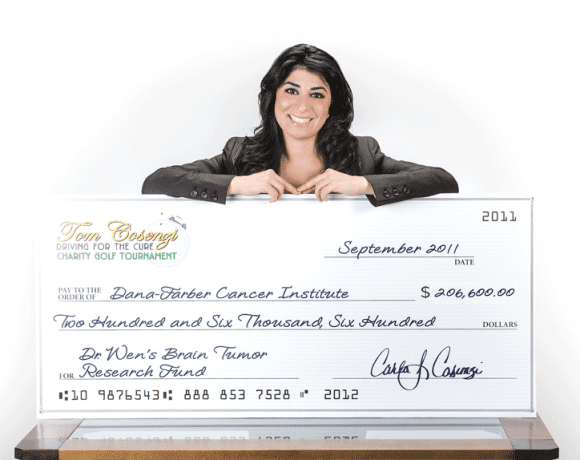