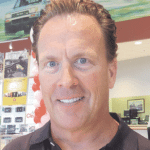 A few months before he succumbed to cancer, ESPN anchor Stuart Scott stood at the podium at the ESPY Awards to accept the Jim Valvano Award for Perseverance.

In his moving remarks, Scott, in essence, told those assembled that when someone’s cancer fight ends, we should refrain from saying that he or she “lost their battle.” That fight is often won, he went on, because the individual confronted the disease with courage, the conviction to live their life to their fullest, and determination not to let cancer dictate whatever time they had left.

Those words certainly rang true recently with the news that Mike Balise, co-owner of Balise Motor Sales, passed away at the Dana Farber Cancer Institute roughly 15 months after being diagnosed with incurable stomach cancer at the age of 50.

There is certainly no debate about who won this fight — Mike did.

He battled the disease with his indomitable humor, determination to continue, for as his long as he could, his work not only with the company, but within the community as well — efforts that ranged from raising awareness of the need for more cancer-treatment facilities in this region (and money to build those facilities), to buying winter coats for area young people in need.

Last September, BusinessWest talked with Mike and some members of his family about his fight, and his determination and courage certainly came through. So much so that one could easily make the argument that no story the magazine has published in its 32-year history resonated more with readers.

Indeed, there were countless calls and e-mails from individuals conveying the message that they were greatly inspired by Mike’s ability to battle a death sentence with poise, dignity, and a desire to focus not on his plight, but on how he could do even more to help others.

A common refrain from those who reached out was “I’ve never met Mike, but reading this, I wish I could.’’

Those comments, as well as Mike’s long track record of philanthropy and community involvement, resonated with the decision-makers at BusinessWest this fall when they convened to decide whom to honor with the magazine’s Difference Maker award next spring.

They considered and then chose to honor Mike knowing fully well that it was very likely that his seat would be empty at the gala in March. But he will honored along with the others who will be announced next month, because he has been, and remains, an inspiration in so many ways, and is thus clearly worthy of that title Difference Maker, and always will be.

And when his name is introduced to those gathered at the Log Cabin in March, it will not be through use of the past tense — because he isn’t done being a Difference Maker. His inspirational life — not simply those last 15 months or so — will ensure that this is the case.

As for that cancer fight — from the minute Mike was diagnosed, everyone knew how it would end. All those who knew Mike could also predict how the battle would be waged; with courage and conviction. And that’s why we shouldn’t say the fight was lost.

Know When It’s Time for a Digital Detox

Don’t Let the Pendulum Swing Back Too Far