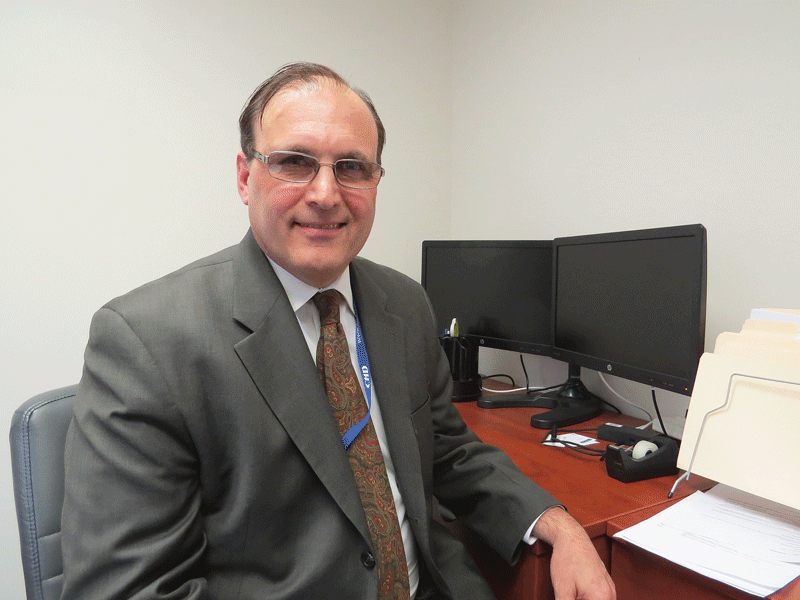 Dan Quinn says Innovative Care Partners will put a hard focus on care coordination, an identified key to bringing down the cost of healthcare and improving population health.

The healthcare landscape is changing in dramatic fashion, with a movement toward population health and providers being paid to keep people healthy rather than strictly for treating them when they’re sick. There are many intriguing manifestations of this shift, and one that bears watching is a new venture involving three area providers — the Center for Human Development, ServiceNet, and the Gandara Mental Health Center — with a name that speaks volumes about just how it will operate: Integrated Care Partners.

The title on Dan Quinn’s business card speaks volumes not only about his new role, but also about changing attitudes and new and powerful forces within the broad realm of healthcare.

By and large, ‘vice president of Health Care Integration’ is a title you probably wouldn’t have seen 20 years ago, or even 10 years ago, in most settings. But you do today, and that’s because, while it has always been a goal to coordinate and integrate care offered by various providers, the motivation to do so has never been greater.

Indeed, as the costs of healthcare rise and awareness increases about the so-called social determinants of health and their impact on the overall health and well-being of not only individuals and families but entire communities, the importance of integration has become increasingly apparent. And individual states are becoming proactive in efforts to better coordinate care provided to individuals, improve communication between those providing that care, and reduce, among other things, expensive visits to the emergency room.

Which … brings us back to Quinn’s business card and the rest of the words printed on it. He takes on the role of vice president of Health Care Integration for a new entity called Innovative Care Partners, LLC (ICP). This is a partnership between three area providers: the Center for Human Development (CHD), the Gandara Mental Health Center, and ServiceNet Inc., and it will link primary care, behavioral-health services, and social determinants of health such as poverty, inadequate housing, and poor diet.

ICP will provide care-coordination services in Western Mass. through something known as the Community Partnership program, which is designed to provide accessible and effective coordination of care for people in the under-age-65 MassHealth population who have a history of costly claims, poorly integrated care, or (and usually) both.

These community partners — there will be roughly a dozen operating across the state — will deliver these services to accountable-care organizations (ACOs), which are groups of doctors, hospitals, and other healthcare providers that come together voluntarily to give coordinated care to patients with commercial, Medicare, and Medicaid health plans.

“Care coordination is a mechanism though which teams of professionals work together to ensure that a patient’s overall health needs are being met, and that the right care is being delivered in the right place at the right time and by the right person,” said Quinn. “Through care coordination, patient outcomes improve, and costs decrease.”

Quinn estimates there are roughly 13,000 individuals for whom ICP will provide care-integration services. That’s a large number, and the goal, obviously, is to bring it down over time. And that’s not just the goal. Indeed, ICP’s success in bringing down the cost of healthcare and improving outcomes for those it serves will serve as the basis for how ACOs and the partners in ICP are reimbursed by the state.

Jim Goodwin says Innovative Care Partners will go a long way toward tearing down the silos that have, historically, limited the efficiency of healthcare providers.

In short, the partners in ICP and the ACO it serves will be sharing an escalating amount of risk as they enter a new and intriguing age in healthcare — one in which providers will be paid not on the old fee-for-service model, but on how well they care for the population they serve.

As they talked about ICP and the motivations for creating it, Quinn made early and frequent use of the word ‘silos.’

For too long, individual providers have remained in their silos, not effectively communicating with, or coordinating care with, those in the silos around them also serving individuals in that MassHealth population described earlier.

The Community Partnership program and joint ventures like ICP were designed, in essence, to tear down those silos, they told BusinessWest.

Here’s how the program works. Each of the individuals to be served by ICP will be assigned a care coordinator, said Quinn, adding that hiring is ongoing, and roughly 30 coordinators will be hired and in place by this spring.

These coordinators will do just what that title suggests — they will coordinate the care for their clients and address some of those social determinants of health, such as transportation and access to providers, as we’ll see later.

For this issue, BusinessWest takes an in-depth look at ICP, how it came to be, its goals moving forward, how it intends to meet them, and the importance of all this to ongoing efforts to reduce the cost of healthcare and make it more efficient.

Quinn brings a diverse résumé to his role with ICP, one he believes will prove invaluable as he goes about trying to meet the aggressive goals set for this ambitious undertaking.

Most recently, he served as Western Regional director for Beacon Health Options in Springfield, where he focused on network management and healthcare integration. Prior to that, at Beacon Health Options in Connecticut, he was the director of Behavioral Health Home, where he collaborated with the state of Connecticut Department of Mental Health and Addiction Services, implementing a cutting-edge population-health program advanced through the Affordable Health Act.

Through those various roles, Quinn said he has come to understand the importance of integration, the need to tear down those silos he described earlier, and the motivation for initiatives like ICP.

The initiative is part of a broader, nationwide effort to reform Medicaid, said Goodwin, and the thrust of a state proposal that won $52 billion in federal funding over the next five years in the form of a Section 1115 Medicaid waiver.

And it can be summed in those two words ‘care’ and ‘coordination.’

“The federal government didn’t buy more counseling or more therapy or more psychiatry, it bought care coordination,” Goodwin explained. “One of the reasons why costs are so high is that the service system is siloed out — you have people showing up in emergency rooms, often many, many times, and their needs are more related to mental-health issues than they are medical issues, and vice versa, or social-welfare issues — they have no housing, no money, no food.

“They show up in emergency rooms with chest pain, this gets evaluated, and it runs up costs,” he went on. “The idea is that care coordination will sort of intervene on all that; these high users of medical services will be identified, and community partners will do assessments and develop a coordinated plan for providing services in a more integrated way.”

CHD could have applied to be a partner itself, said Goodwin, noting that its broad range of services certainly qualifies it to do so. But the theory concerning strength in numbers, as well as a desire to serve a broader region, meaning all of Western Mass., inspired a partnership, in the form of an LLC, between CHD, Gandara, and ServiceNet.

Gandara, meanwhile, was established in 1977 to provide outpatient mental-health and substance-abuse services to what has historically been an underserved Hispanic community in Western Mass. Overall, it provides care to more than 13,000 people in more than 40 sites throughout the state, including outpatient clients, recovery support centers, housing services, adolescent group homes, residential recovery programs, and other outreach services. Gandara is also the state’s Hispanic Specialized Service Agency (S-CSA), a program that serves approximately 2,500 children each year.

Founded in 1965, ServiceNet Inc. is a behavioral-health and human-services agency that provides evidence-based treatments and supports more than 12,000 individuals each year who are living with mental illness, developmental disabilities, autism, brain injury, homelessness, and/or addiction issues. Programs include five outpatient clinics, a variety of outreach services, and more than 60 residential programs.

Henry East-Trou, exective director of the Gandara Center, said the Hispanic population is well-represented within MassHealth, and therefore the agency saw participation in ICP as a way to better serve this constituency.

He told BusinessWest that the program will change the equation by providing a higher level of connectivity between the client, his or her primary-care provider, and the providers of other healthcare services.

Overall, ICP will deliver a wide range of services to its ACO clients, including:

• Individualized care management to assure follow-up and follow-through in care planning and delivery, including home visits and transportation, when necessary;

• Cultural and linguistic competence that result in enhanced patient engagement and satisfaction; and

To better explain how the concept will work, Quinn offered a hypothetical — only there are many individuals in this region who fit this profile.

In this scenario, the client has diabetes as well as some behavioral-health issues, said Quinn, and is also being impacted negatively by several of those social determinants of health.

“Right now, that person goes to various providers and receives care for their conditions,” he explained. “What frequently happens with people who become quite expensive with these things is that they may forget appointments, they may forget to refill prescriptions; because of their socio-economic status, they may be homeless, they may very unstable housing, they may have poor access to transportation to get to their appointments or to get their pharmacy.

And through these conversations, the care coordinator will learn if an appointment has been missed, why, and take steps to reduce such occurrences, and thus also reduce both the number of visits to the ED and the cost of providing care to this individual.

“We’ll monitor them and get them the care they need in a timely way,” Quinn told BusinessWest, “so they don’t get into the medical crises that create admissions; we’ll prevent the emergency-department visits that are more expensive. And we’ll improve their health overall.”

This brings him back to that new model of how providers and ACOs will be paid and the risks being taken on by all the partners in this initiative.

It all sounds good in theory, said those we spoke with, but in a handful of states where ACOs and community care partners have been put in place, it works in reality, too.

And the expectation is that it will work in Massachusetts and its four western counties as well, because the theory is sound.

Again, it comes back to those two words — care coordination. The more of it there is, the better this region’s ability to bring down the cost of care while also improving overall population health.

As noted at the top, this is a profound change for both the industry and the region. It’s a noble experiment, and it will get underway on June 1. 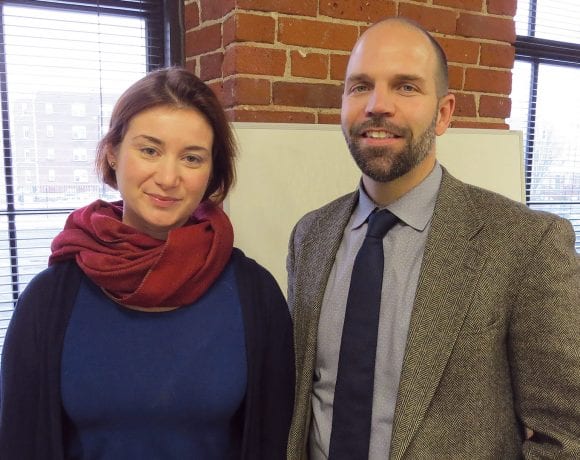 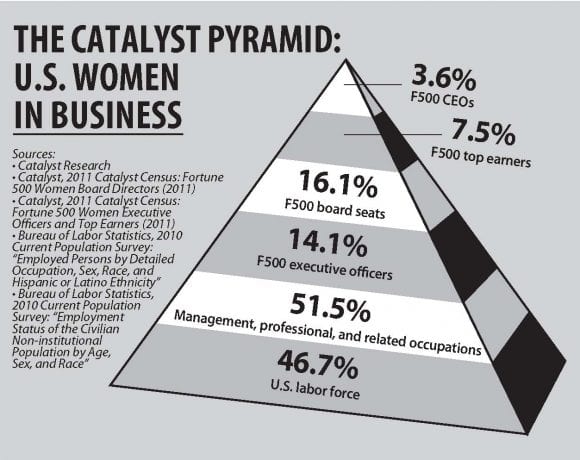