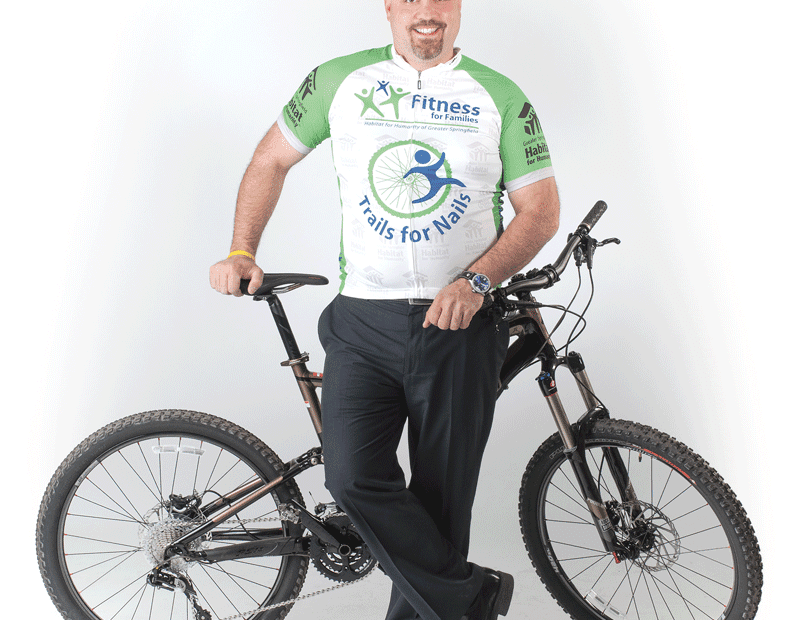 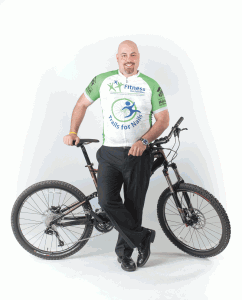 Jason Tsitso has worked on countless projects large and small during his decade-long tenure with R & R Windows, but there was noting quite like the work undertaken at Springfield College last year in the weeks after the June 1 tornado roared through the campus.
Facing tight and extremely challenging deadlines, the Easthampton-based company, with Tsitso acting as project manager, played a critical role in enabling International Hall, a 12-story dormitory damaged extensively by the twister, to reopen on time for the fall semester.
The International Hall project, as well as Tsitso’s ongoing contributions to the company’s recovery from several years of struggle in the wake of the Great Recession, help explain why he is a member of this 40 Under Forty class and now part of several teams of spouses to earn the distinction (his wife, Sarah, was a member of the first class in 2007). But his exploits in business tell only part of the story.
Another intriguing chapter — one still being written — is his extensive work within the community. Perhaps the best example is his work to take his passion for bicycling and shape it into a successful fund-raiser he created and managed for Greater Springfield Habitat for Humanity. Called Trails for Nails, the initiative, started in 2009, involves a mountain bike ride through Robinson State Park, with riders securing pledges for the miles they ride.
Through Tsitso’s leadership, the event has grown tremendously in each subsequent year, in terms of both ridership and dollars raised. In 2011, he took it to another level, creating a series of family-friendly activities known as Fitness for Families. These include the Hike for Habitat (to the top of Mount Tom); Trails for Nails, which now includes a 5K run as well as the 20-mile bike ride; and the Tour de Habitat, a 25-, 50-, and 100-mile road bike race. For all of this, Tsitso, now a board member for Habitat, was named the organization’s Volunteer of the Year for 2011.
Given the line of work he’s in, you could call all this a reflection of his strong commitment to the community.
— George O’Brien