By BusinessWest Staff February 6, 2006 844
Those grappling with Springfield’s many fiscal and social issues often wonder where to start in the process of fixing a system that is clearly broken.

We have a suggestion, and it is one that would seem less obvious to many. And that is with a strong commitment to early childhood education, especially among the region’s underprivileged populations.

Making investments in young people will pay many dividends down the road — in the region’s schools, neighborhoods, and businesses. Statistics show that when young people are stimulated and prompted to learn early, communities will eventually see reductions in drop-out rates, crime, teenage pregnancy, and welfare dependency.

Meanwhile, businesses will see a higher-quality-workforce and greater productivity from those they hire. In other words, investing in disadvantaged youths is good for business and good for the economy.

The problem is that benefits do not materialize until years after the investments are made, prompting some — usually those who lack vision — to focus on steps that may yield results more quickly, with the emphasis on may.

The importance of early childhood education and the need for government funded programs to ensure universal access to such education was the general message delivered at a recent conference in New York called Building the Economic Case for Investments in Preschool. Sponsored by the Committee for Economic Development, a group of business executives, university presidents, and other groups, the conference was attended by several local business and civic leaders, including Affiliated Chambers of Commerce President Russell Denver and Control Board Director Phillip Puccia.

They heard a host of speakers qualify and quantify the need to invest in young children. James J. Heckman, a Nobel Prize-winning economics professor from the University of Chicago discussed his findings, which show that investments in early education programs for disadvantaged children bring far greater ROI than investments later in life such as job-training, reduced pupil-teacher ratios, tuition subsidies, and convict rehabilitation. And Isabel Sawhill, director of Economic Studies at the Brookings Institute, a nonprofit policy organization, estimated that investment in universal preschool would increase the gross domestic product by nearly $1 trillion within 60 years.

It is our hope that conference attendees from the Pioneer Valley and elsewhere use what they’ve learned to inspire continued progress in the creation and expansion of early childhood education programs. While there has been some progress — 14 states increased their preschool funding by $300 million in 2004 and last year, there were increases in 26 states totaling $600 million — the U.S. continues to lag behind — often way behind — other countries.

Locally, the Cherish Every Child initiative has started a number of programs to enhance early education. These include QUEST — Quality Enhancement for Springfield Teachers — a professional development effort to increase the number of early education and care providers in the city who attend and complete a higher education degree.

Meanwhile, there are other efforts, such as the Get Off On the Right Foot program, a campaign launched by Charlie Epstein, president of the Epstein Financial Group, and Springfield Day Nursery, to encourage area businesses and individuals to contgribute scholarships that will enable children to attend SDN for year.

We encourage area businesses to support these initiatives and lend support to those groups blueprinting new concepts and programs to inspire young children to embrace learning.

Looking at the big picture in Springfield today — and at the prospects for the future — at least two problems are apparent. The first is a poverty rate that impacts everything from crime in the streets to the continuing decline of retail in the city’s downtown. The second is a workforce — or lack thereof — that is hindering development of new industry groups, such as the biosciences, and will continue to do so.

Investing in early childhood education, and giving underprivileged children a better chance to break the cycle of poverty, is a step that can address both issues and help provide Springfield with a brighter future.

At Many Companies, Employee Wellness Is Serious Business 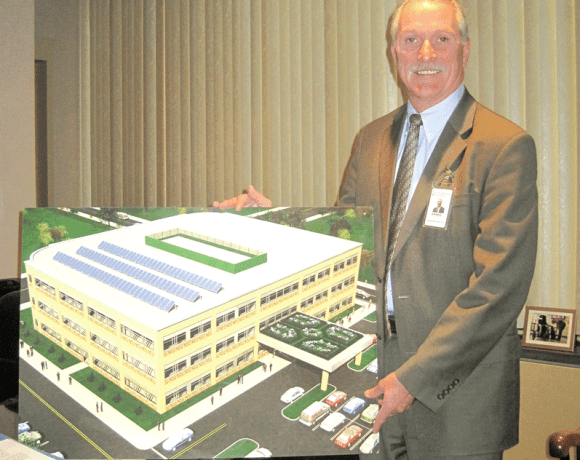 Those Certainly Apply When It Comes to Year-end Tax Planning